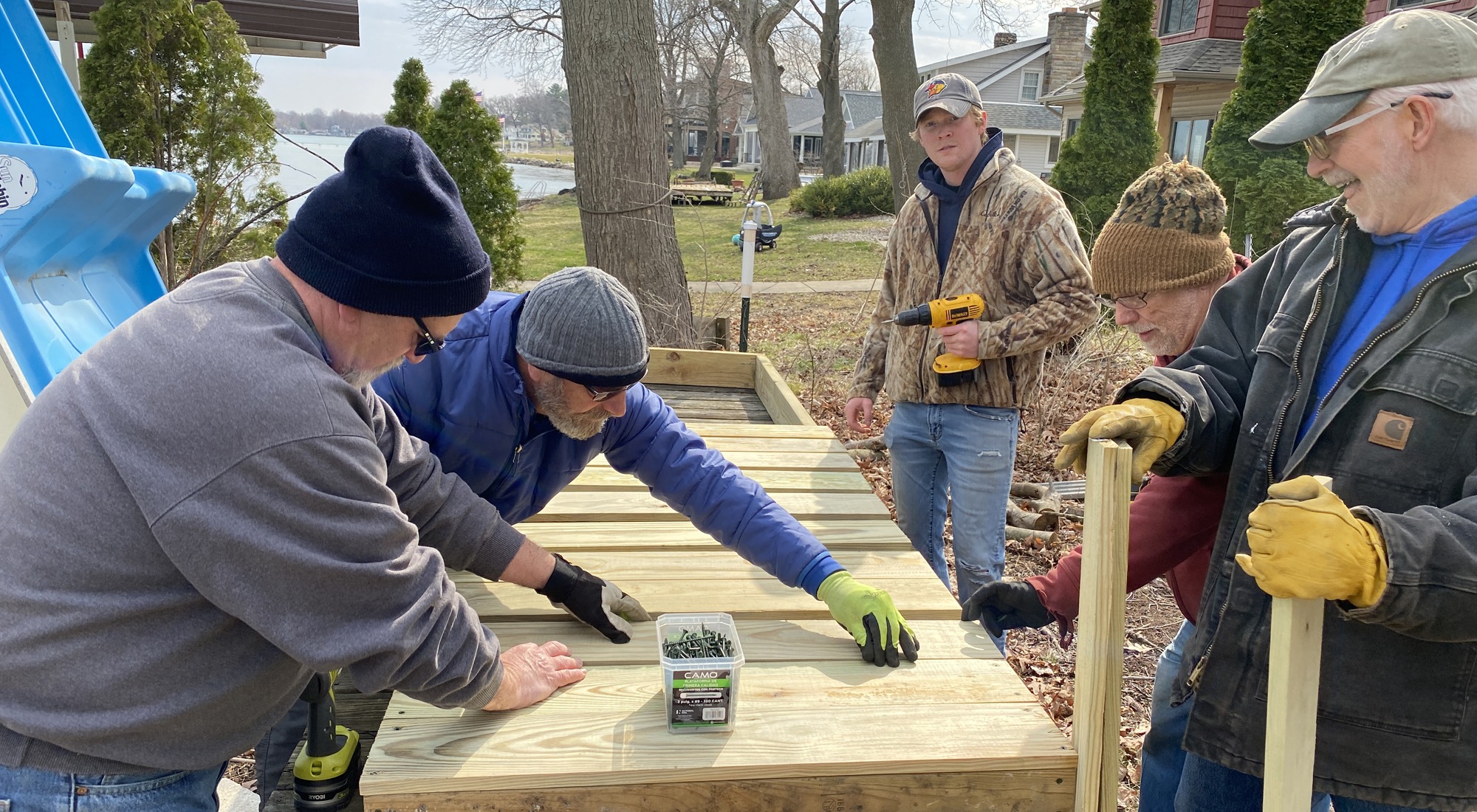 For the Kentucky Derby, it’s the first Saturday in May.  For the Clark Lake Yacht Club, it’s the first weekend in April.  That’s when a group of members gather to repair, replace, and prepare the docks for the new season.  Here they are in action on Saturday, April 3). 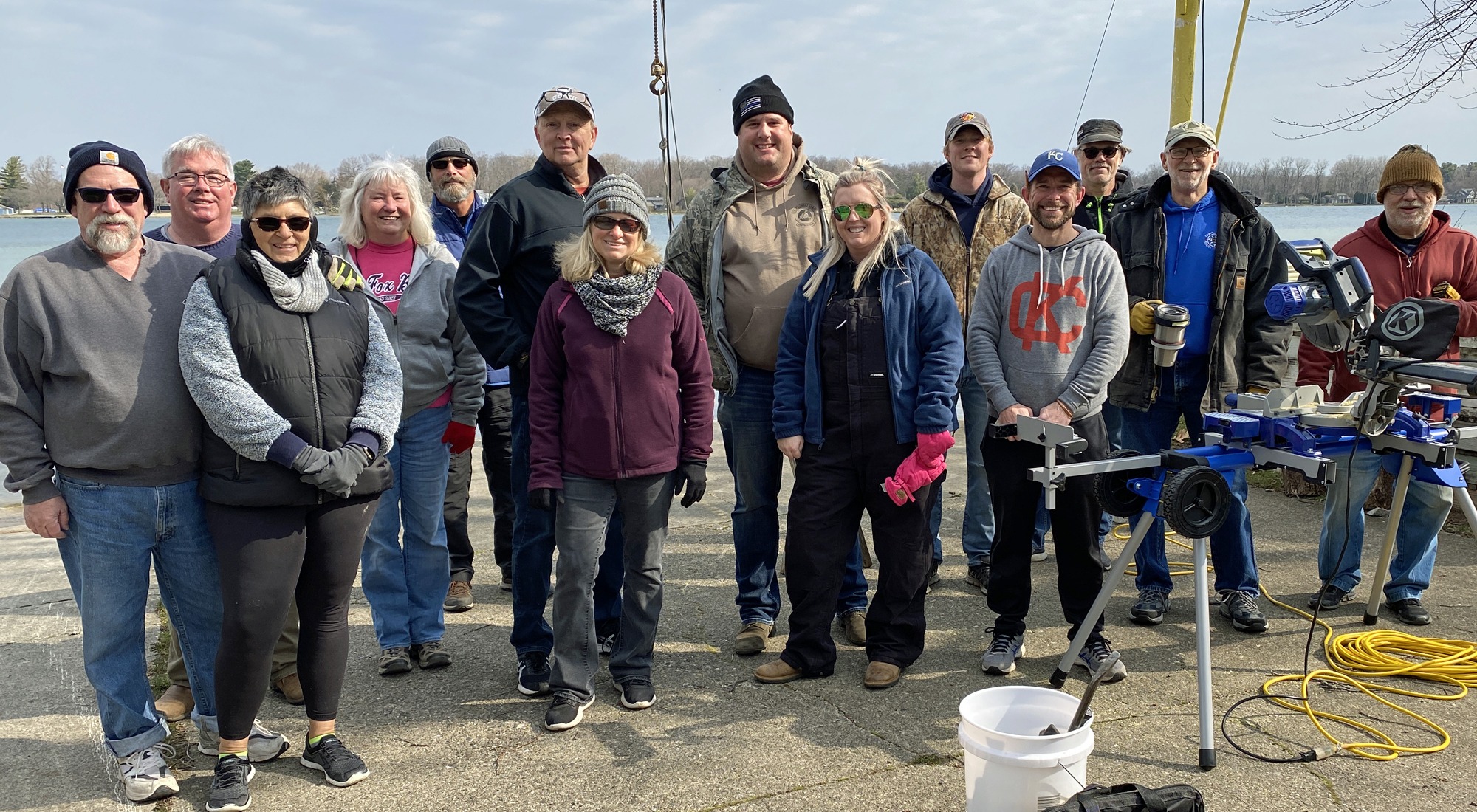 As the crew worked, sun periodically appeared and the temperatures headed for 50.  That softened the effects of the breeze that would be considered great conditions when the sailboats eventually launch.  Below are crew leader Clint White and Yacht Club Treasurer Hugh Harris. 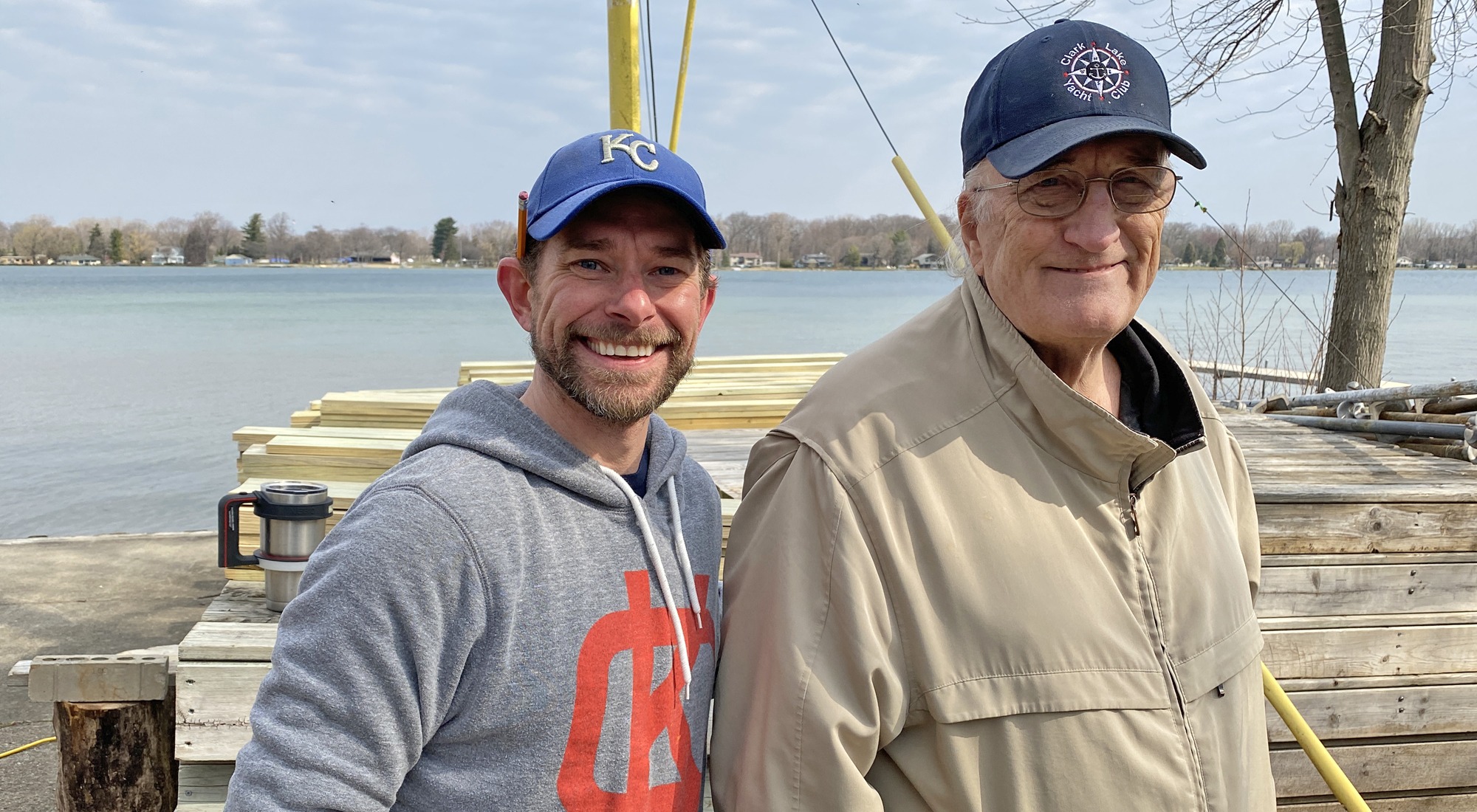 Interested in how one of Clark Lake’s institutions has evolved?  Click here to learn more about the Yacht Club.

Meanwhile, others at the lake aren’t being left behind.  On Friday, these docks stretched out from Pierces Bay. 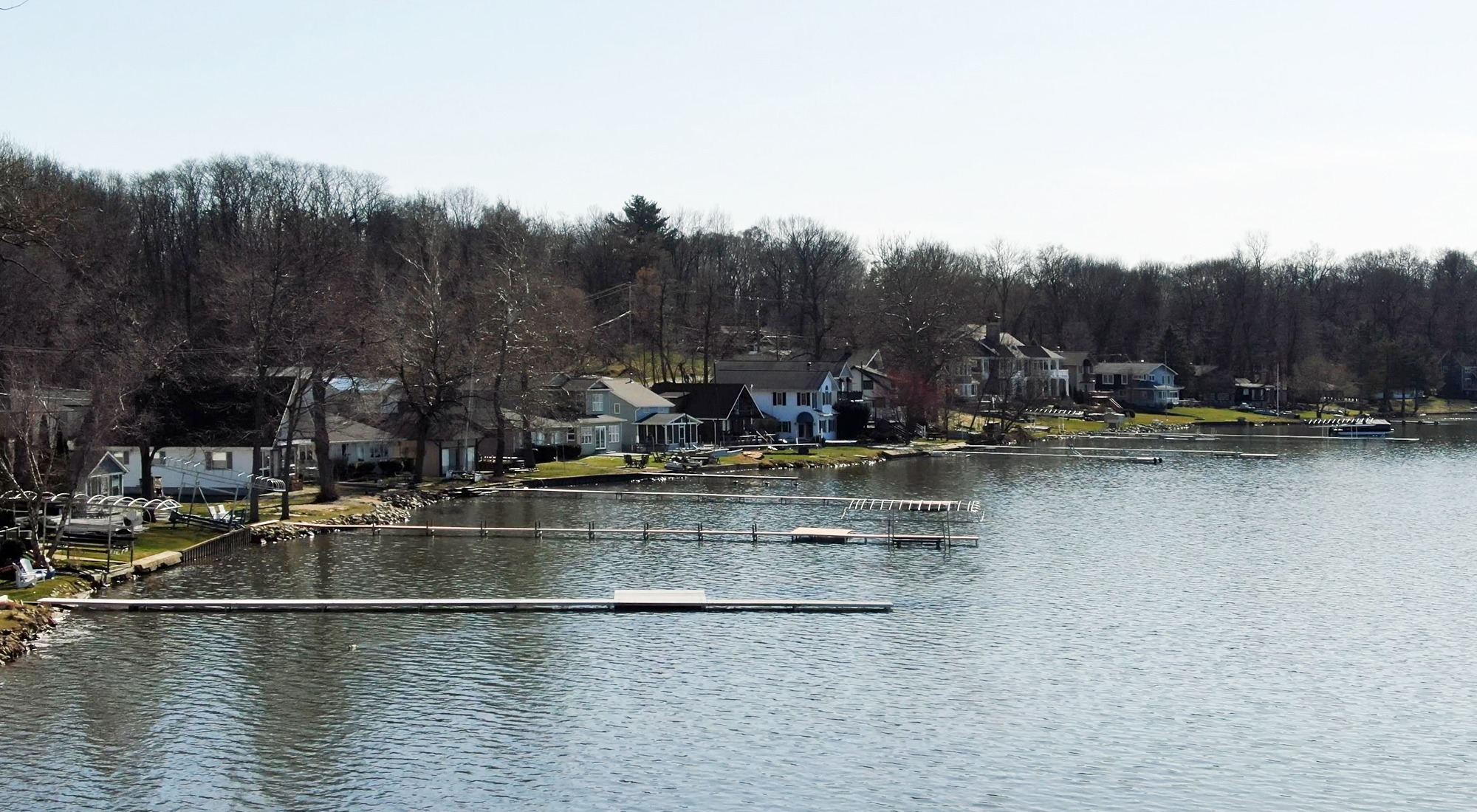