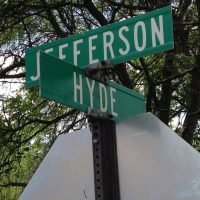 Road work on Jefferson Road between 127 and Brooklyn begins tomorrow, July 14th.  A first step will mean that Jefferson Road between 127 and Hyde Road will be closed to through traffic as two drain culverts are replaced.  There will be info signs posted but they won’t note alternative routes.  Most at Clark Lake will likely choose to use Reed Road instead.  It’s expected that this phase of the work will be completed by the afternoon of Friday, September 18th.

Joseph Michalsky, director of engineering for the Jackson County Department of Transportation says  “traffic will be maintained during the paving and chip seal operations” but urges drivers to watch out for loose gravel and other construction hazards.  He also says that there will be no work on Jefferson Road between August 14th and 19th because of MIS races.

The entire project should be finished by September 12th.