Water Music Comes after the Rain 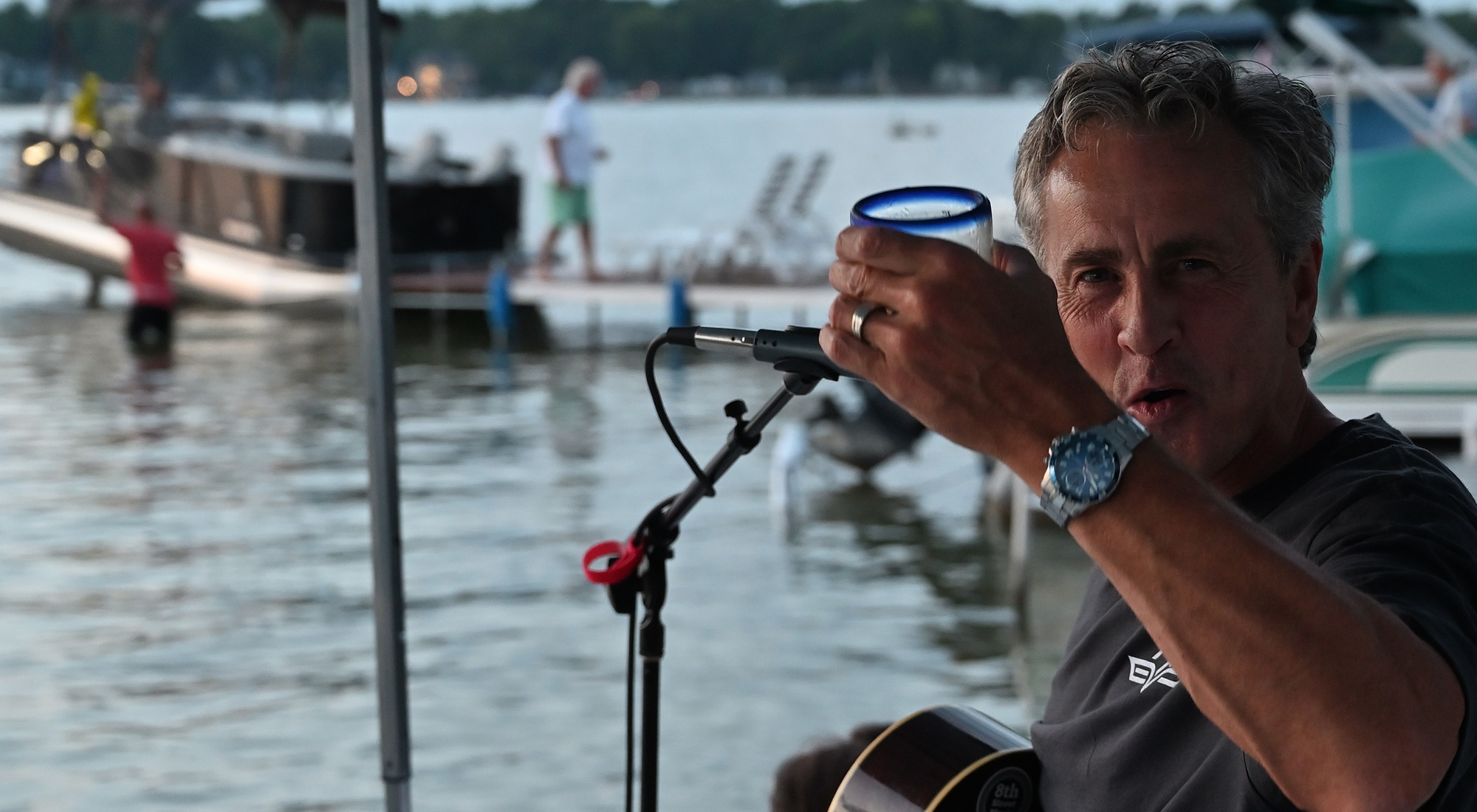 Sally and BJ Lyons brought singer Ian Stewart to the lake this evening for a special performance.  Michigan weather being what it is, an unanticipated shower delayed the start a bit.  Once Ian started playing, there were no damp spirits.  In this nod for the need of some evening entertainment during these days, rafts pulled up to the Lyons’ location in Pierces Bay.  Some others on west end of the lake could also hear the music as they sat on their docks. Nearby neighbors enjoyed it from their front decks.

As you will see in the slide show, the performance occurred on the Clark Lake stage, with one of our famous sunsets as the backdrop.

Earlier in the day, this happened. 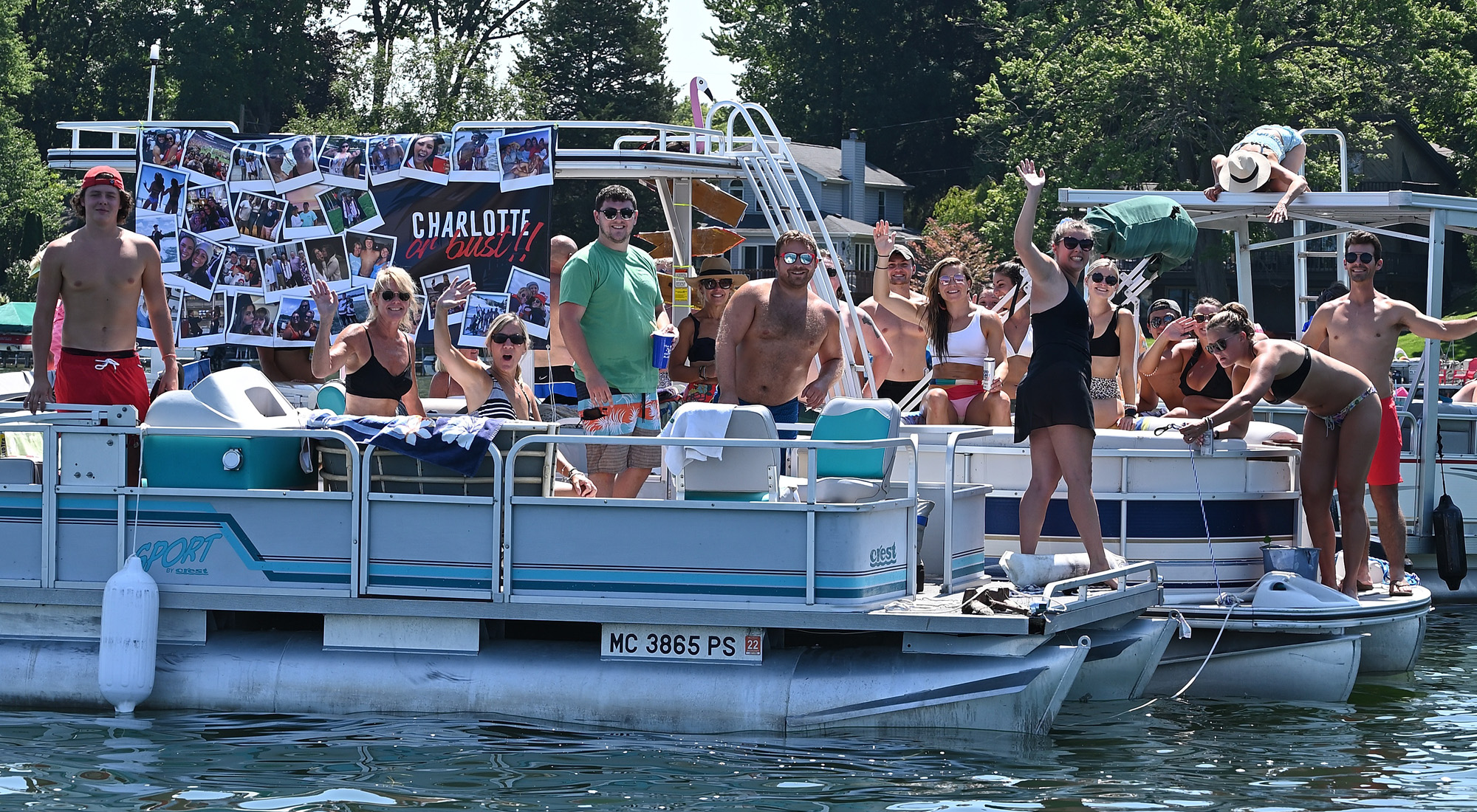 Sally’s cousin, Brandi Zak, was surprised with a flotilla in the Eagle Point Cove.  Brandi’s career is taking her to Charlotte, North Carolina.  Her mother, Beckey Ligibel, put the event together so friends and family could give Brandi a proper Clark Lake sendoff.