Turbulent overnight weather led to a trying Monday at Clark Lake.  For some, it meant no electrical power or having to operate on a generator to supply their own.  For others, the intense wind turned over a raft on sea legs. Nearby, weather scattered a neighbor’s dock.

The power outage hit the lake at 3:39 am Monday.  A large section of a tree broke away, taking out a high voltage line on Lakeview West.  According to a neighbor, the hit caused a blast from the transformer that turned into a raging fire.  The fire did not spread, but the downed line left its mark.  A burnt trench stretched across the lawn where the wire lay.  A section of the wire continued to be active, flaring every so often.  The Columbia Township Fire Department responded at 4 am, alerting anyone in the area of the hazard, and stayed on the scene until afternoon.

Early in the afternoon, a Consumers Energy contractor worked on eliminating the fallen section of the tree.  After that, crews from Consumers restrung the damaged line.  Power was restored at 5:17 pm, having been down 13 hours and 26 minutes, according to Consumers Energy’s estimates.  The power outage extended over a large portion of the lake’s south side, both east and west ends. 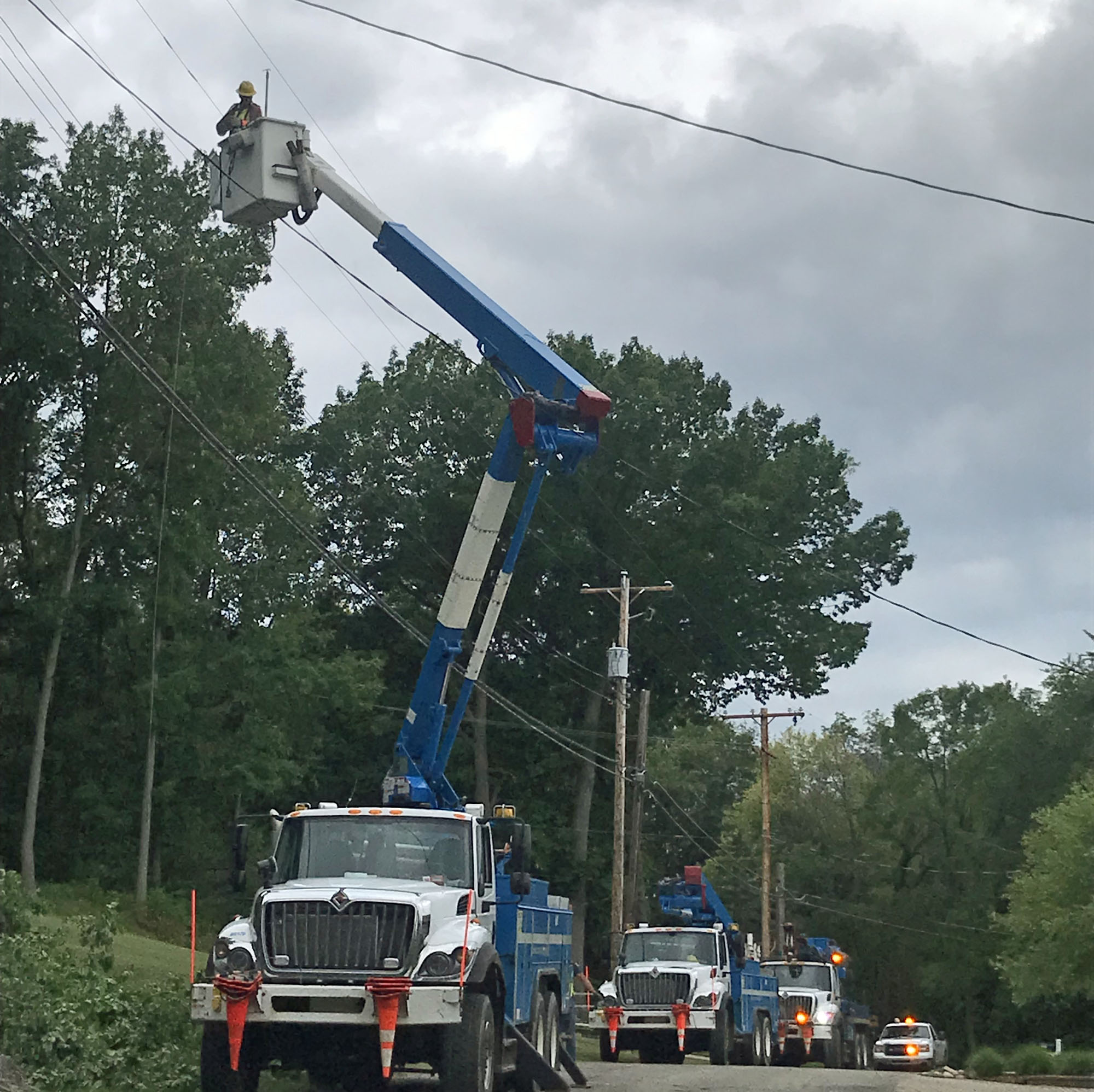 On the North Shore, east end, high winds caught the canopy over Kenyon’s raft. The raft, on sea legs, overturned with the canopy.  Around 2 pm, B.J. Lyons with his crew, Dave Pierson and Kraig Brunner, disentangled the mess. They first freed the canopy.  Then B.J., using his lift barge and dock poles as a pivot, restored the raft to an upright position.  B.J. says “having the practice from other incidents, we are able to do the job without causing further damage.” 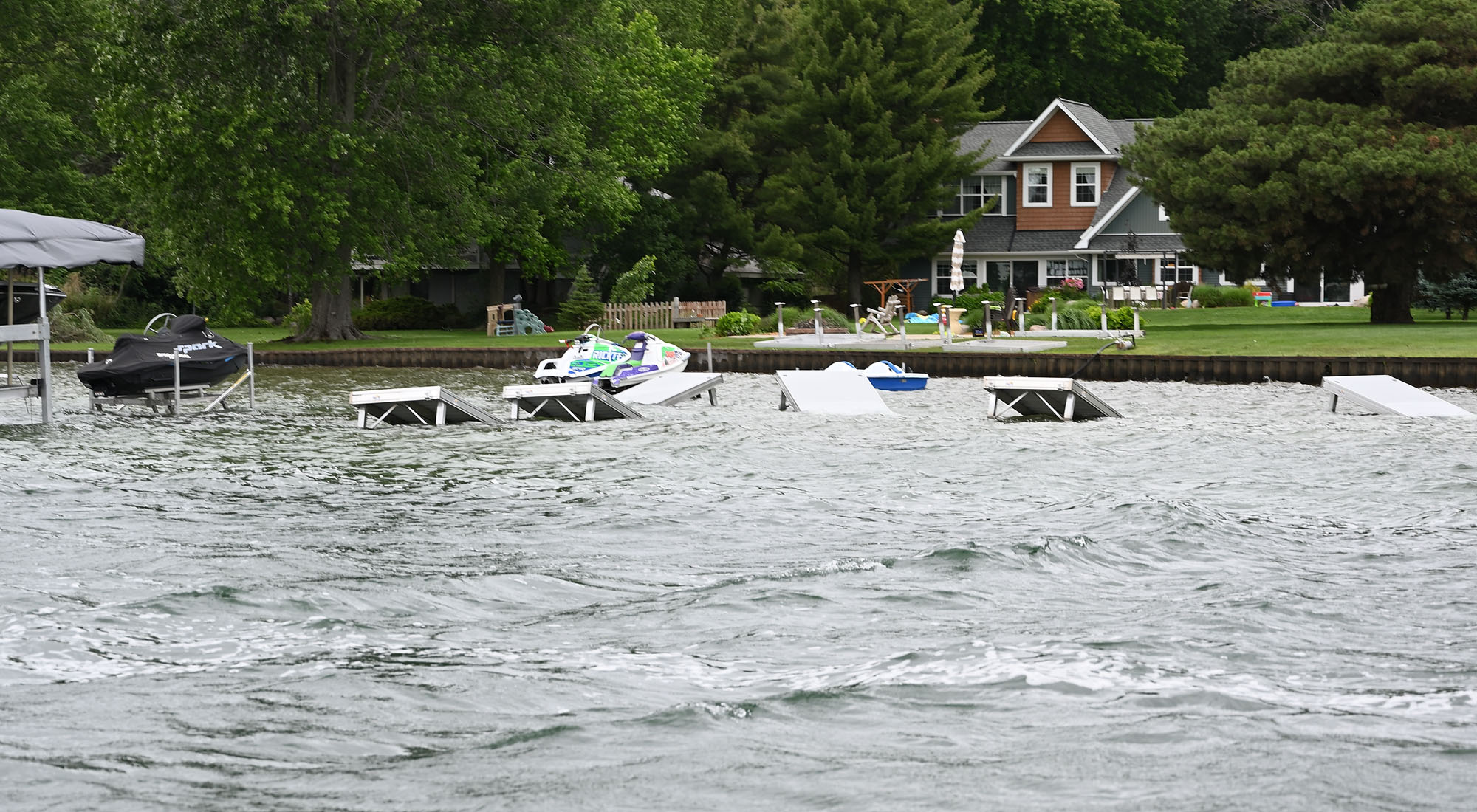 Thanks to all who collaborated on this story:  Frank and Josie Hones, Tucker Boyers, Carl Spaeth, B.J. Lyons, Sue Woodsum.