Time to Shovel the Dock

Clark Lake woke up to more snow–on this 17th day of April.  Like staring at an unexpected tax bill, it wasn’t all that welcome. With the temperature at 28 degrees at 9 am, it will take its time melting. 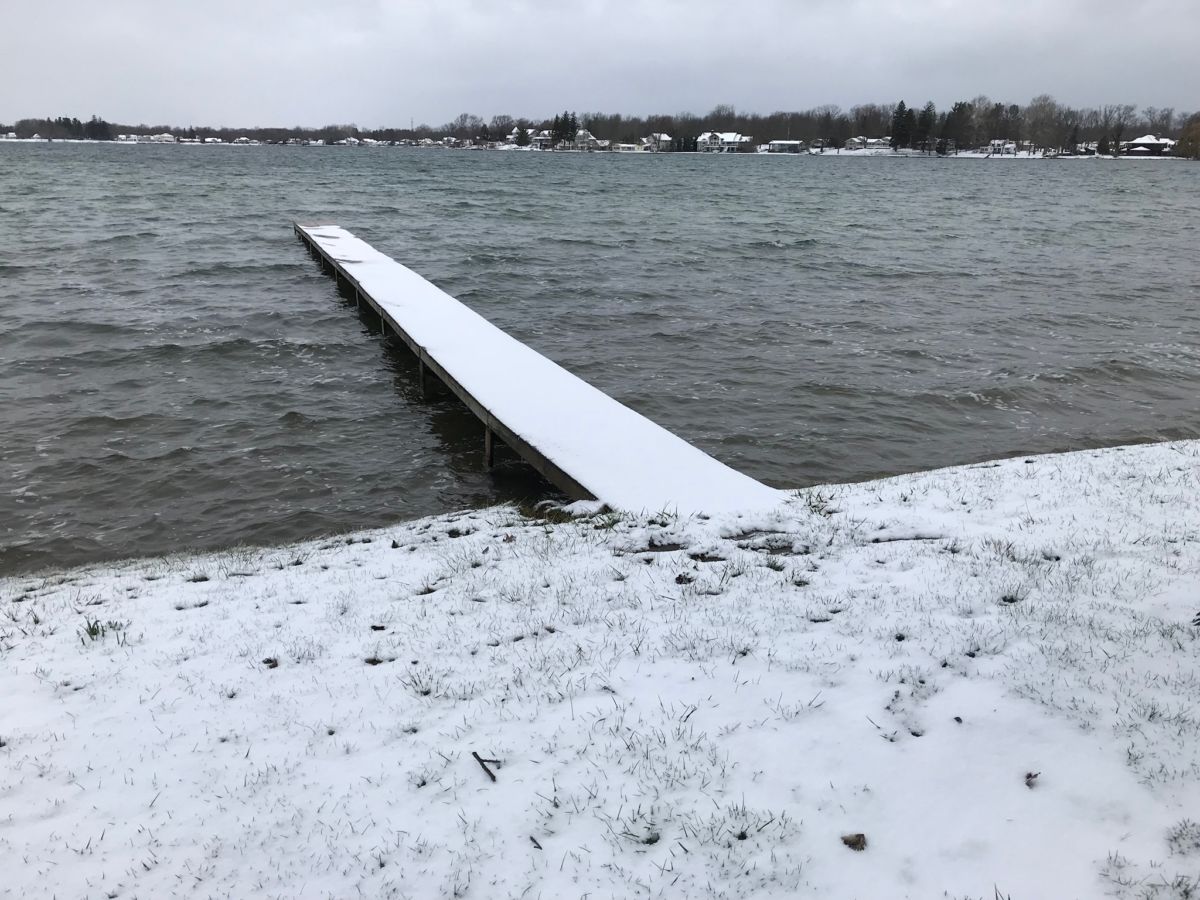 The good news is that Clark Lake escaped damage from the ice threat over the weekend.  There were multiple advisories from the National Weather Service that there could be trouble.  Freezing rain coupled with gusty winds did topple power lines in some areas of the state leaving some residents without power.  But that didn’t happen at Clark Lake.  A review of the Consumers Energy outage map on Sunday did not show outages here.

So what’s the look ahead?  Here’s what the National Weather Service forecast is saying. (You can get an updated report by going to the main page of this website, lower left).

You can also view the DamCam, 24/7.  In this snapshot from 9 am, it accurately paints the picture–cold westerly winds and a little ice trying to block the view. 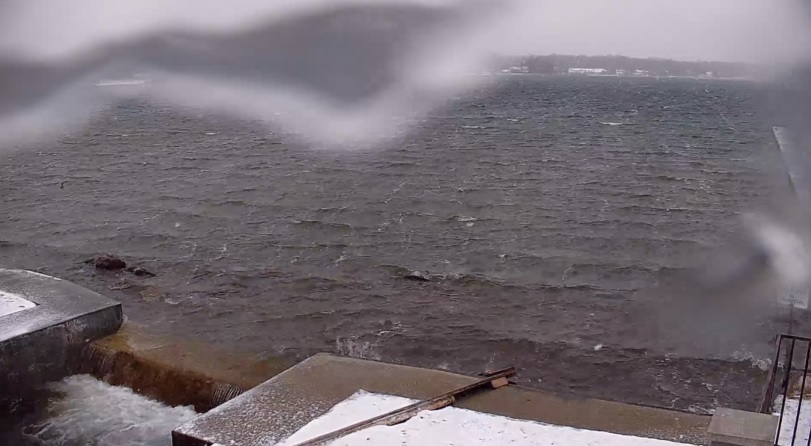 Spring is having a hard time making itself known.