Yesterday, this website brought you a story about what was discovered as a house was being razed in the Eagle Point Cove.  Here’s another story of what a house was hiding, but one of a very different sort.

A house in the Clark Lake Village on Vining Street was holding onto a secret in its walls.  Todd and Beth Snay bought the house in 2016.  From the beginning they worked hard on renovations.  About the time they were rounding the final turn, tragedy struck, and you probably know about it.  Over the holidays, fire engulfed and destroyed the home.  Fortunately, all inside escaped the flames without harm.  That included their son, Johnathon who was home on leave from the military.  Earlier, during the renovation process, it was he who uncovered secrets of the house’s checkered past.

As Johnathon pulled the paneling off the upstairs walls, he discovered that all three bedrooms had peek-a-boo windows—sliding Plexiglas windows about 12 inches by 12 inches, enough space to pop your head into and take a look.  The Snay’s wondered why.  Further work uncovered a roll of black and white photos, 11 of them, hidden in a wall.  The photos displayed women in alluring positions and with a decided lack of proper clothing.  Here’s one of the more tame examples. 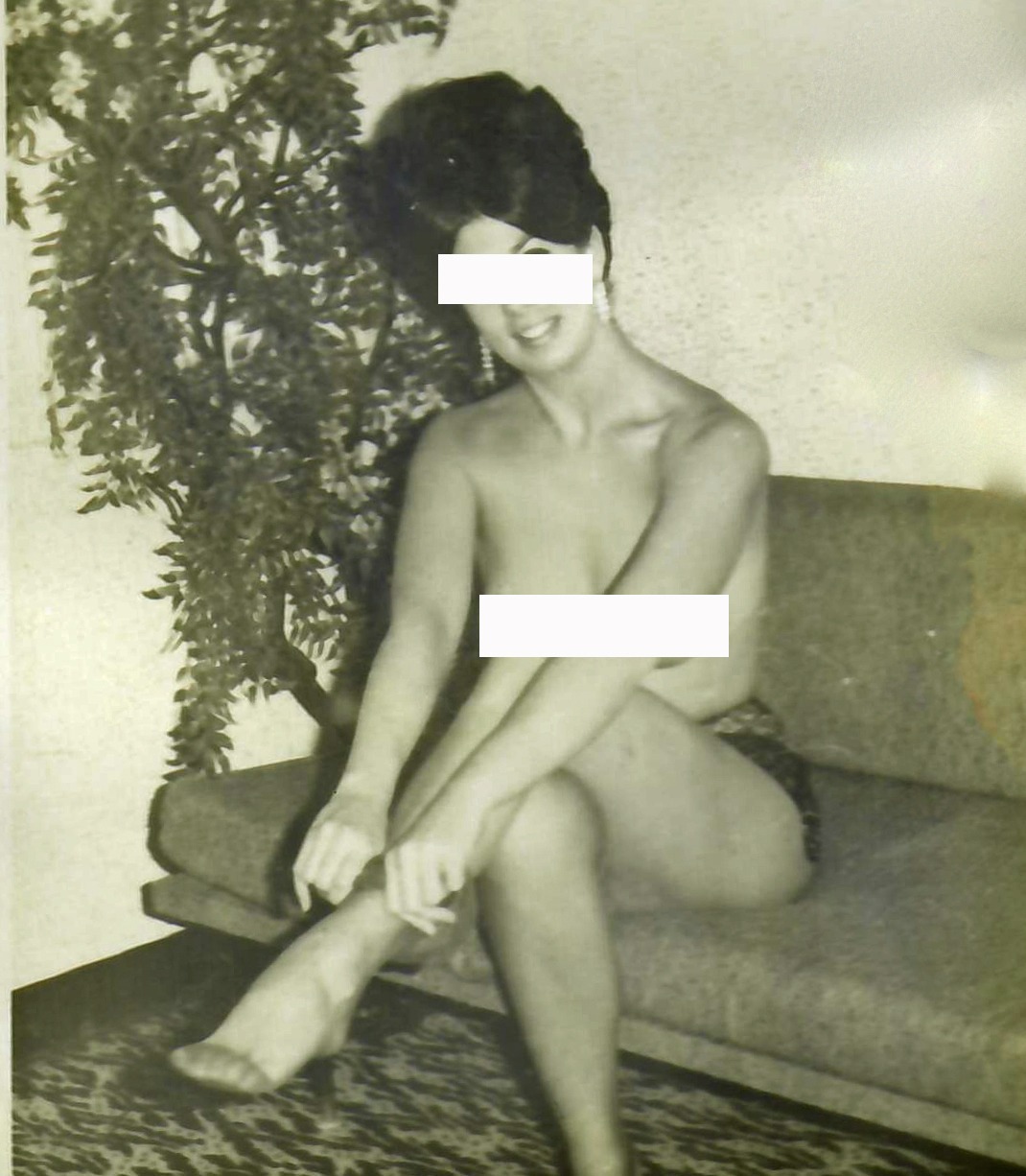 Each woman was identified by number, noted on the back of the photos.  “They could have been taken in the 1930s or 40s,” says Beth, “based on the attire.”

So, what was this all about?  When the Snay’s moved in, neighbors gave them the down-low on the Clark Lake Village’s past.  Visitors arriving by train disembarked at the depot at the east end of Vining.  Turns out that wasn’t the only activity in the neighborhood.  The house to the east of Snay’s was the hotel.  The IOOF building to the southeast was the dance hall.  The train conductor lived across the street.  And the Snay’s house?  It was the house of ill-repute, although neighbors used a much more graphic term in describing the house’s past to the Snay’s.

Beth believes the stories are credible, especially since physical evidence backs them up.  Digging around the house uncovers old two-inch whiskey bottles.  Then those sliding viewing doors and the photos also tend to confirm it.

Of course, the character of the neighborhood is entirely different today.

In some sort of twisted irony, those photos escaped the destruction of the fire that destroyed everything else.  Beth says “we had put them in old dresser in the back room.  When the smoke cleared and we searched through the ashes, there they were.”

Other cottages have tales to tell.  Do you know of one?  Leave a comment below, or email clarklakespirit@gmail.com.