Several motorists, including at least one Clark Laker, will not soon forget a 127 nightmare.  The nightmare was not a dream, but happened in the 7 am hour as adrenaline rushed through the veins of those involved. Imagine you’re heading northbound where 127 is four lanes.  And suddenly to your horror you see a car on your side of the road, straddling both lanes, heading in the wrong direction, and coming straight at you.

The Jackson County Sheriffs Department confirms that’s what happened yesterday morning.  As the car proceeded south, oncoming motorists swerved off the road, some of them sustaining damage to their vehicles.  The Clark Laker said he had been going the 70 mph speed limit and scrambled to pull off on the grass.  All the time, 911 received terrified calls as the episode continued.  Eventually the southbound car, itself damaged, came to halt on 127 near Brooklyn Road.

No injuries were reported, but Undersheriff Chris Simpson says the individual who was traveling the wrong direction had apparently experienced an adverse diabetic condition.

Although the starting point is not pinpointed, the red line indicates the known route. 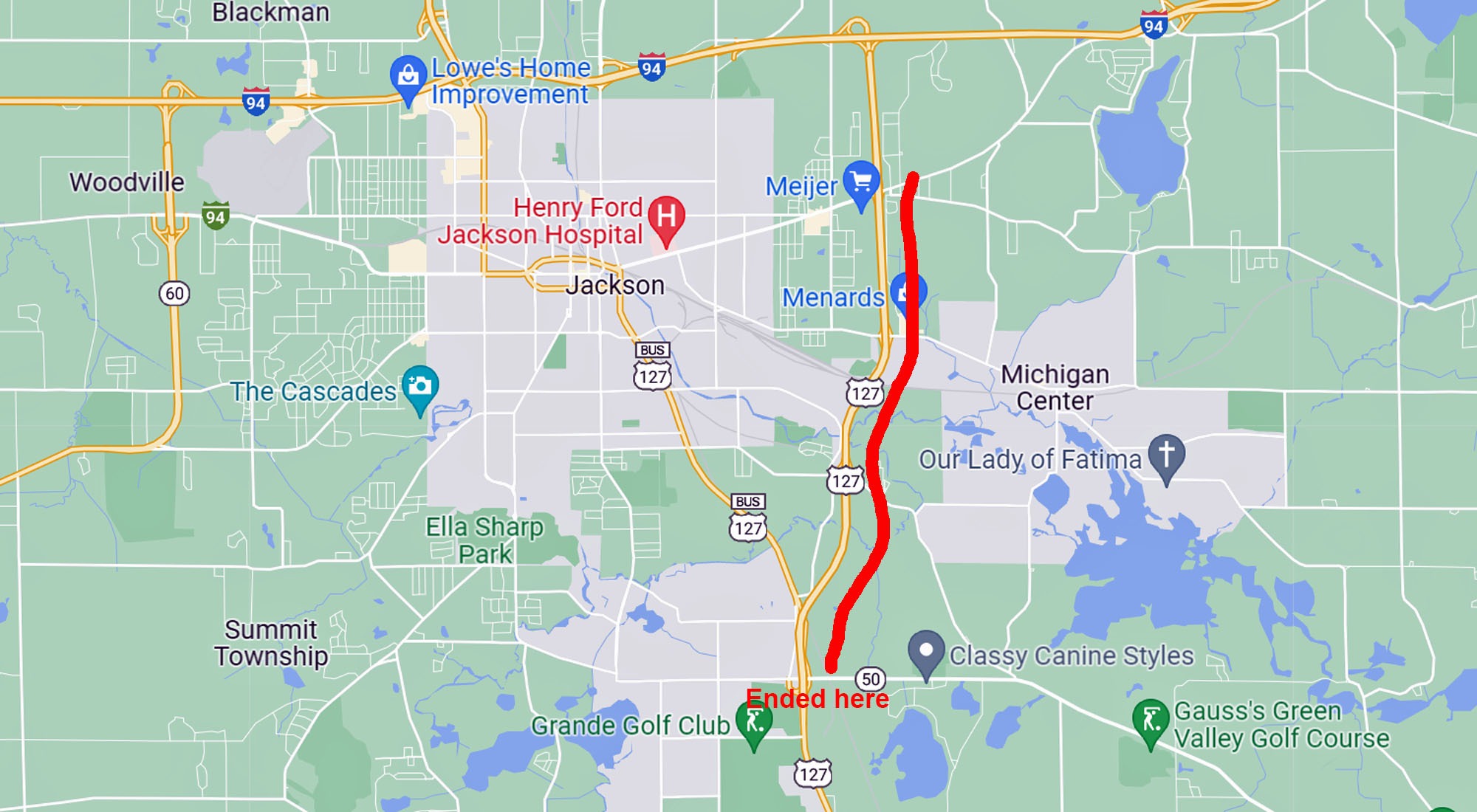