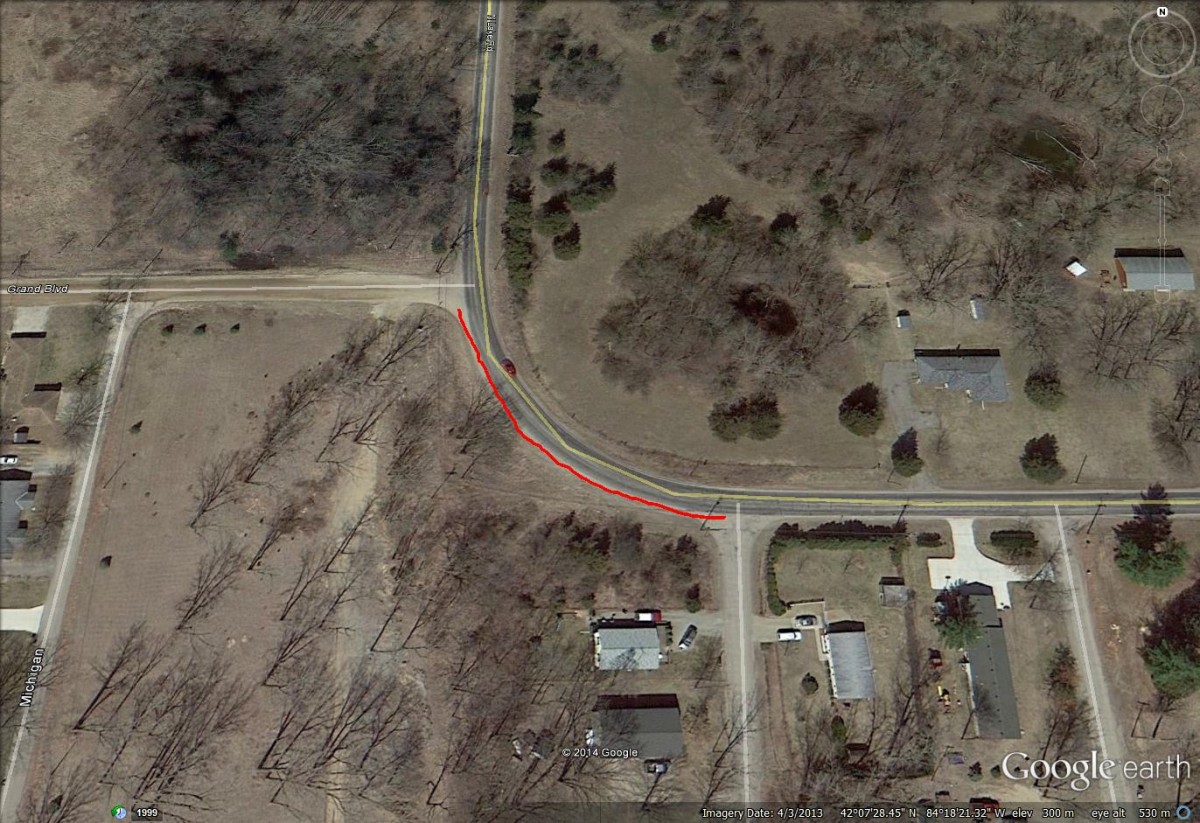 Google Earth photo of North Lake Road from Rita Dr. to Grand Blvd. The extension of the Spirit Trail will follow the red path line overlaying this satellite photo.

The Jackson County Commission has approved plans to extend the Clark Lake Spirit Trail on North Lake Road from Rita Drive to Grand  Blvd.  This will create more space between fast moving vehicular traffic and users of the Spirit Trail around this tight curve, where the speed limit for motorized traffic is 45 mph.  With the official go ahead in hand, project chair Tucker Boyers says “we expect construction to begin soon” just in time for summer, the season when the Trail is used most by runners, walkers and cyclists.    In addition to thanking the many volunteers and others involved in this project, Tucker praised the work of Phil Duckham, the Jackson County Commissioner for this area (district #4) since December, 2005.

“This is an ongoing effort to continue to improve the Trail and make it more user-friendly,” says Ann Swain, chair of the Spirit Trail committee and treasurer of the Clark Lake Spirit Foundation.

Although the permission of the Jackson County Commission was required and gratefully received for this latest project, it is important to note that the entire Spirit Trail story is about the people of Clark Lake.  They conceived of it, planned it, raised the funds to support it, oversaw its construction and continue to maintain it.  The funds came entirely from voluntary donations of individuals who strongly believe in Clark Lake.

Among those interested in growing the trail experience in the area, there are discussions of more expansions.  A group in Brooklyn is looking into creating a trail that would start with the Clark Lake Spirit Trail at one end and weave a path near Riverside Drive and Goose Creek to end in the area of the Columbia Township Office.  A trail near Weatherwax Road in Jackson could eventually reach Jackson College, and connecting with the Spirit Trail would not be too much of a reach.  And individuals at Lake Columbia would also like to have a trail that could be part of the network at some point.