…but necessary.  The work you see on the Eagle Point lift station is joined by other activity on the sewer system.

According to Columbia Township’s Rick Church, what you see (and not-so-gentle aroma you smell) is a follow up to a design analysis.  Ninety percent of the study was funded by a State grant, the remainder, by Columbia Township.

What the analysis showed was troubling.  For example, it revealed the Eagle Point lift station had reached end of life.  Hydrogen sulfide had eaten through the lining of what’s called the wet-well or sewage holding tank and some of the associate plumbing. 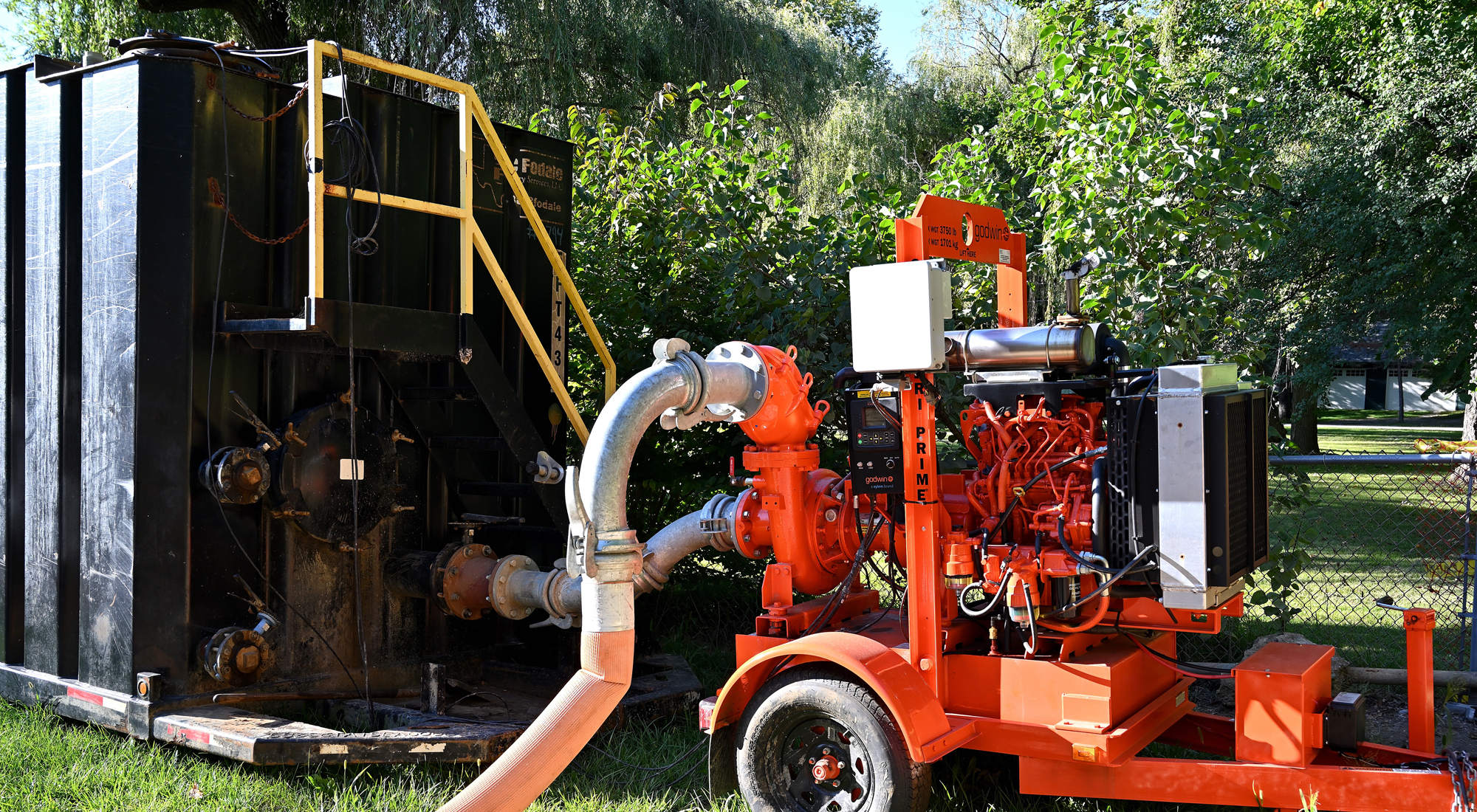 Clark Lake’s sewage system does not operate on gravity.  Once sewage reaches a certain level in the well, the lift station pumps it uphill to its next location.

Currently, a large above-ground holding tank temporarily holds that which many Clark Lakers have contributed via their own lift stations.  Once the work on the underground wet well is completed, the above ground storage system will be removed. 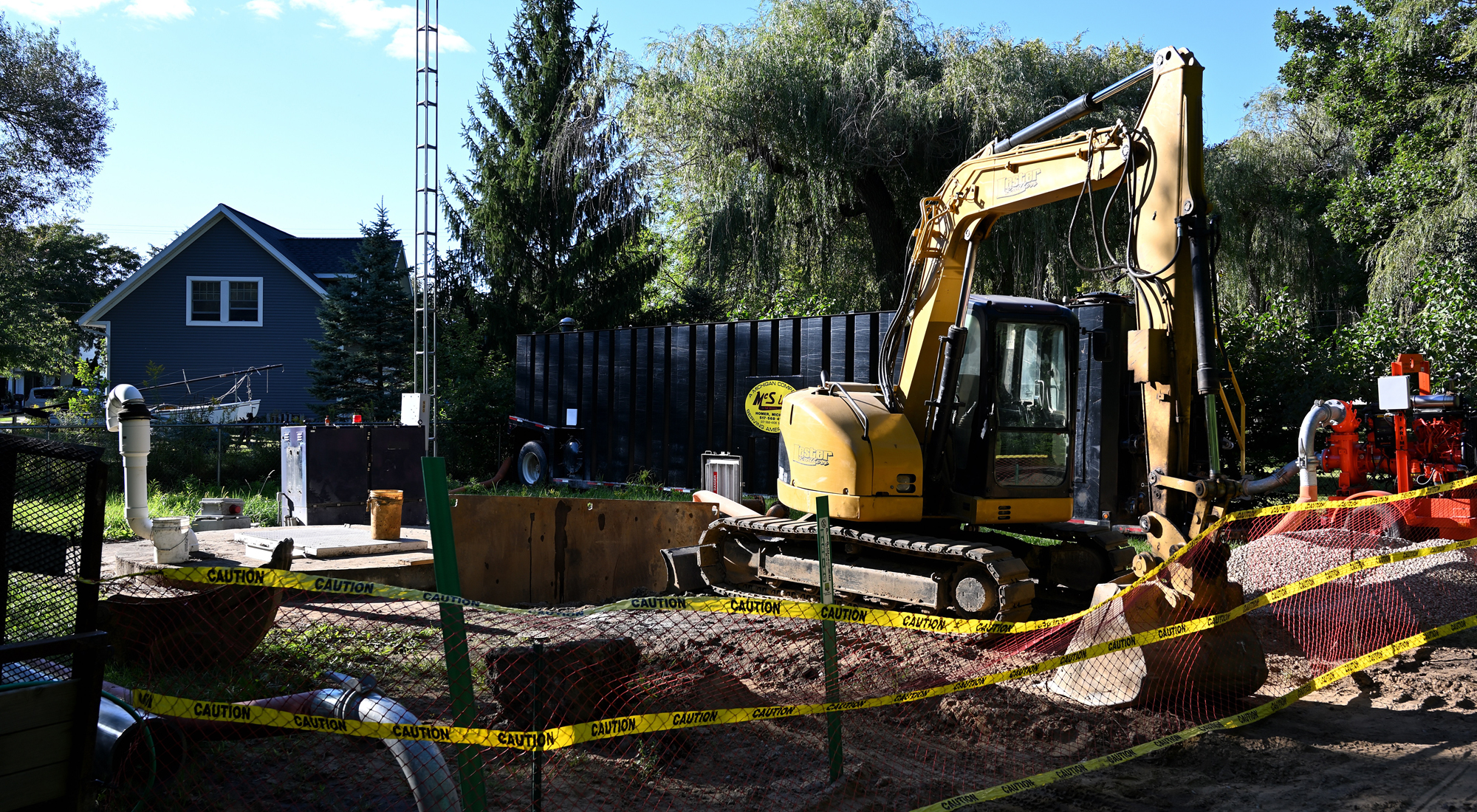 Lift stations must operate at all times, even during power outages.  Plans also call for installation of a new natural-gas fueled generator.  That will replace the portable generator used up to this point.

In addition to the 10% design analysis cost, the construction price tag could reach $600,000.  To take a deeper dive into the sewers, review the update being provided by the consulting firm, OHM, to the Township. 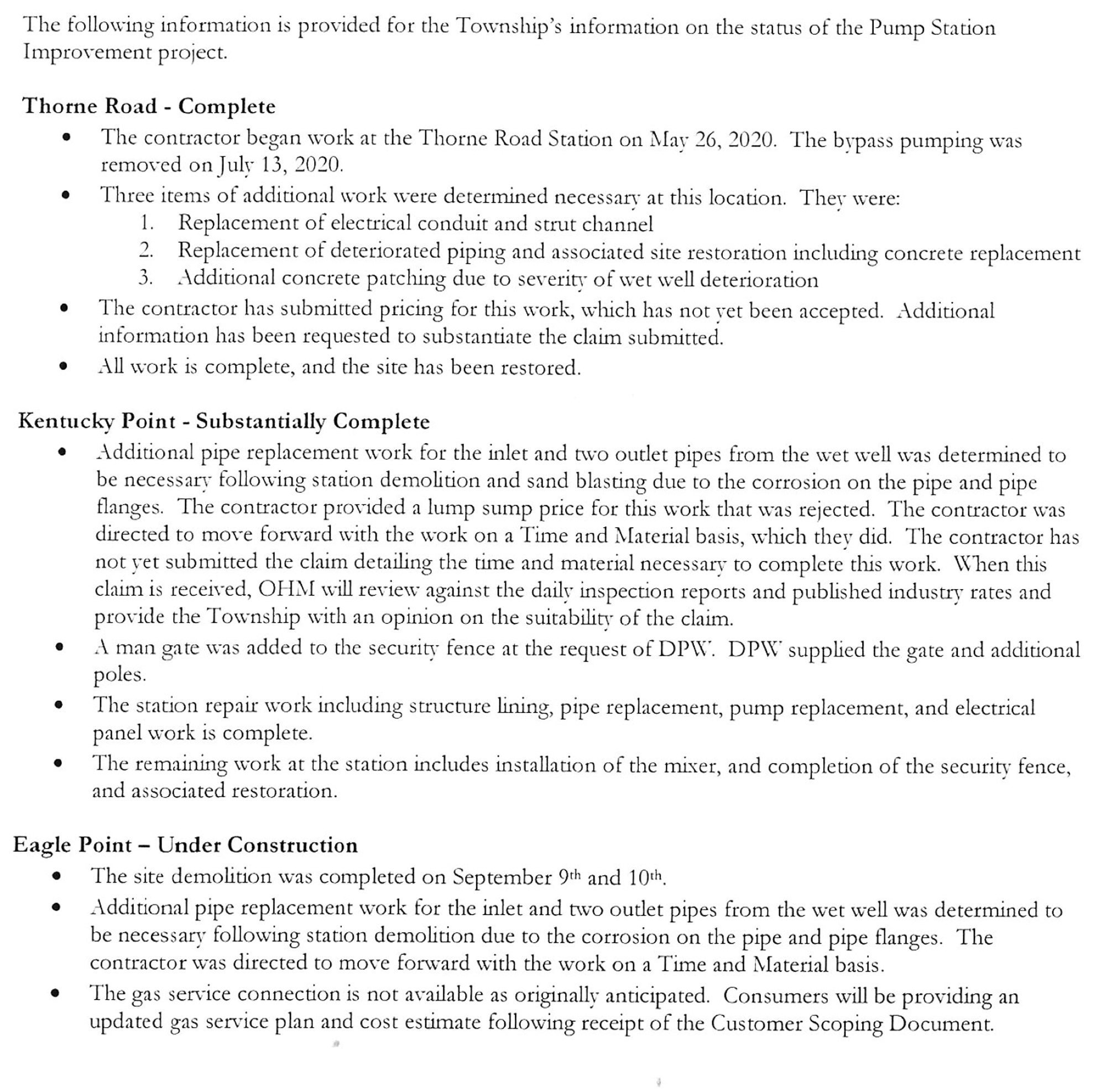 If you’ve been tantalized by your deeper dive and find the engaging aroma irresistible, coupons for a free sample can be redeemed on April 1st.

Meanwhile, during most of the week, haze from West coast fires drifted over Clark Lake producing “Smoke on the Water” (apologies to Deep Purple).  It produced sunsets like this:

Starting Thursday, and continuing Friday, that changed.  Clark Lake is back to its sparkling, but definitely cooler, self.