Mounting concern over the discovery of starry stonewort in Clark Lake is motivating further investigation and treatment.  PLM, the company employed to rid the lake of invasive species, has treated the area where it was first detected near the County Park.  But a search for it on September 5th revealed it still lurks beneath the surface.  In this photo, PLM’s James Scherer discusses findings with John Deming and Flip Reynolds. 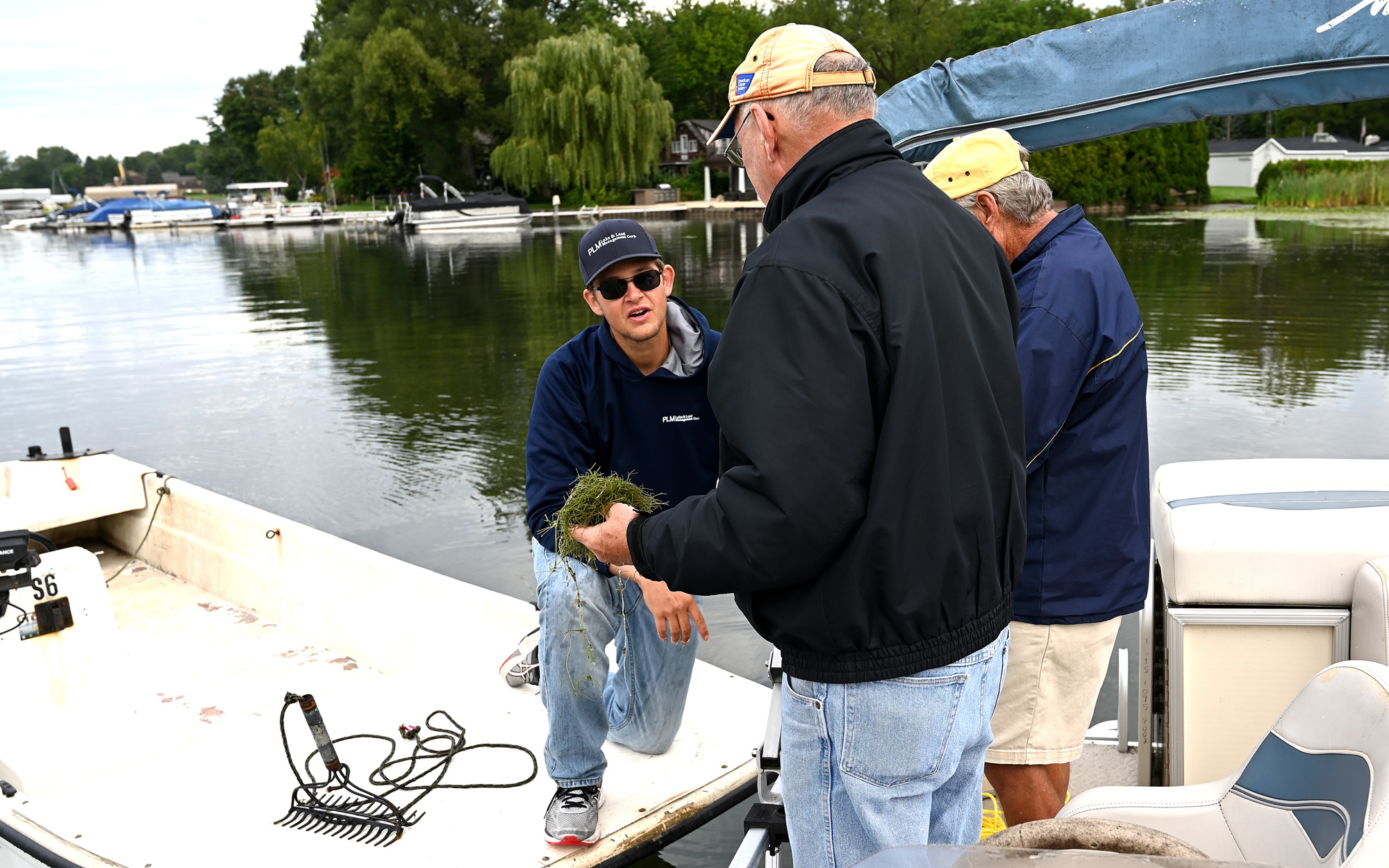 Starry stonewort is a particularly virulent invasive species.  It’s classified not as a weed, but as an algae that typically, but not always, locates in water at least 3 to 5 feet deep where temperatures are cooler.  In some lakes, it spreads quickly and takes over.   But not always.

Knowing what it looks like is step one in detecting and controlling it.  Starry stonewort can easily be misidentified as chara, which is a native weed and doesn’t pose the same threat.  Starry often has whorls of 4 to 6 branchlets, and leaves with blunt tips.  Star-shaped bulbils are produced at the nodes and can reach up to 33 inches.  Starry is crunchy and has nodes on its stem.  Chara, a native lookalike, is scaly, brittle, and has an odor to it.  In this photo, chara is at the top, and starry stonewort, at the bottom.

PLM first detected starry near the County Park where you see the blue dot. 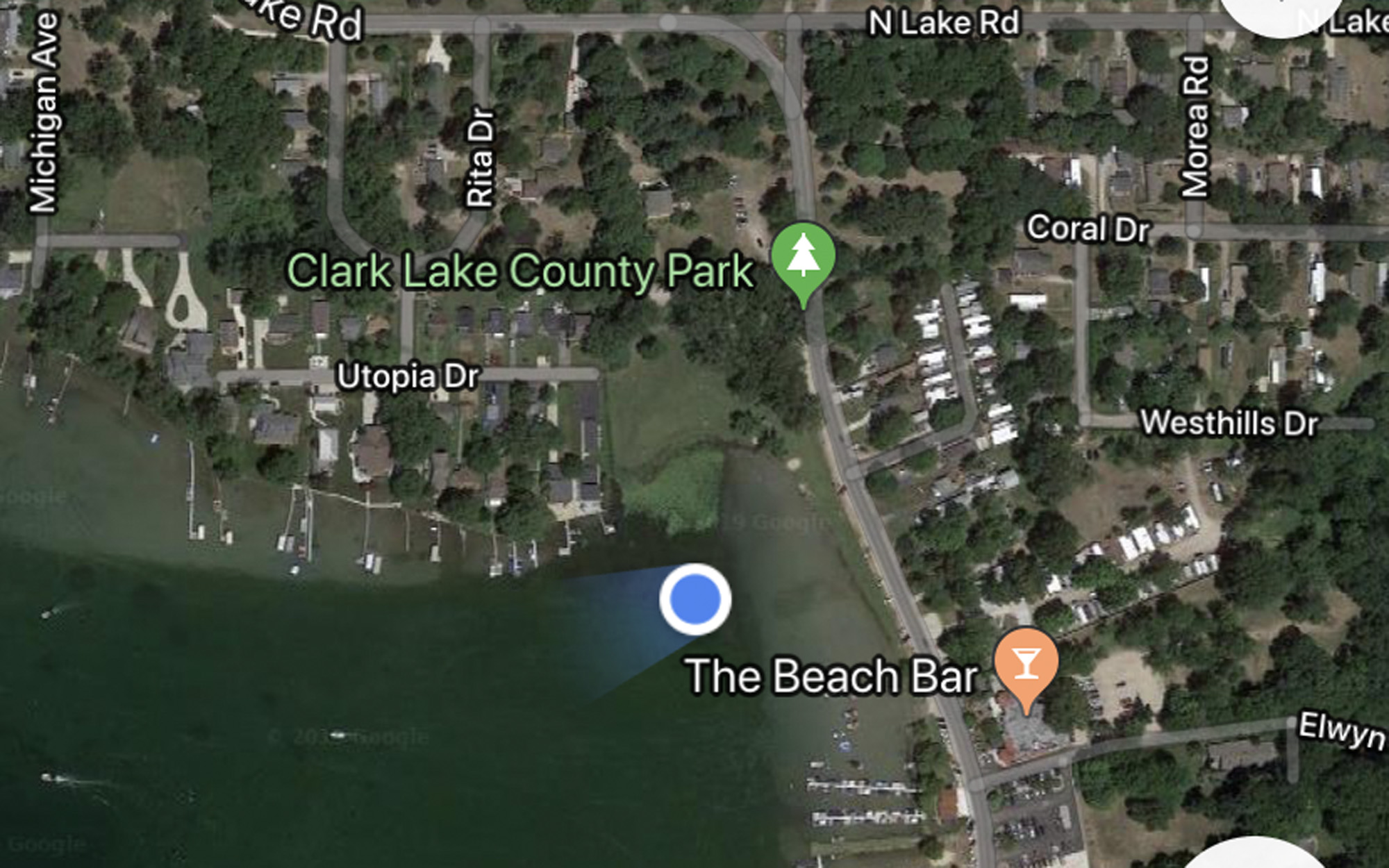 Later in the morning James Scherer found more of it at Eagle Point the boat well adjacent to the boat launch. 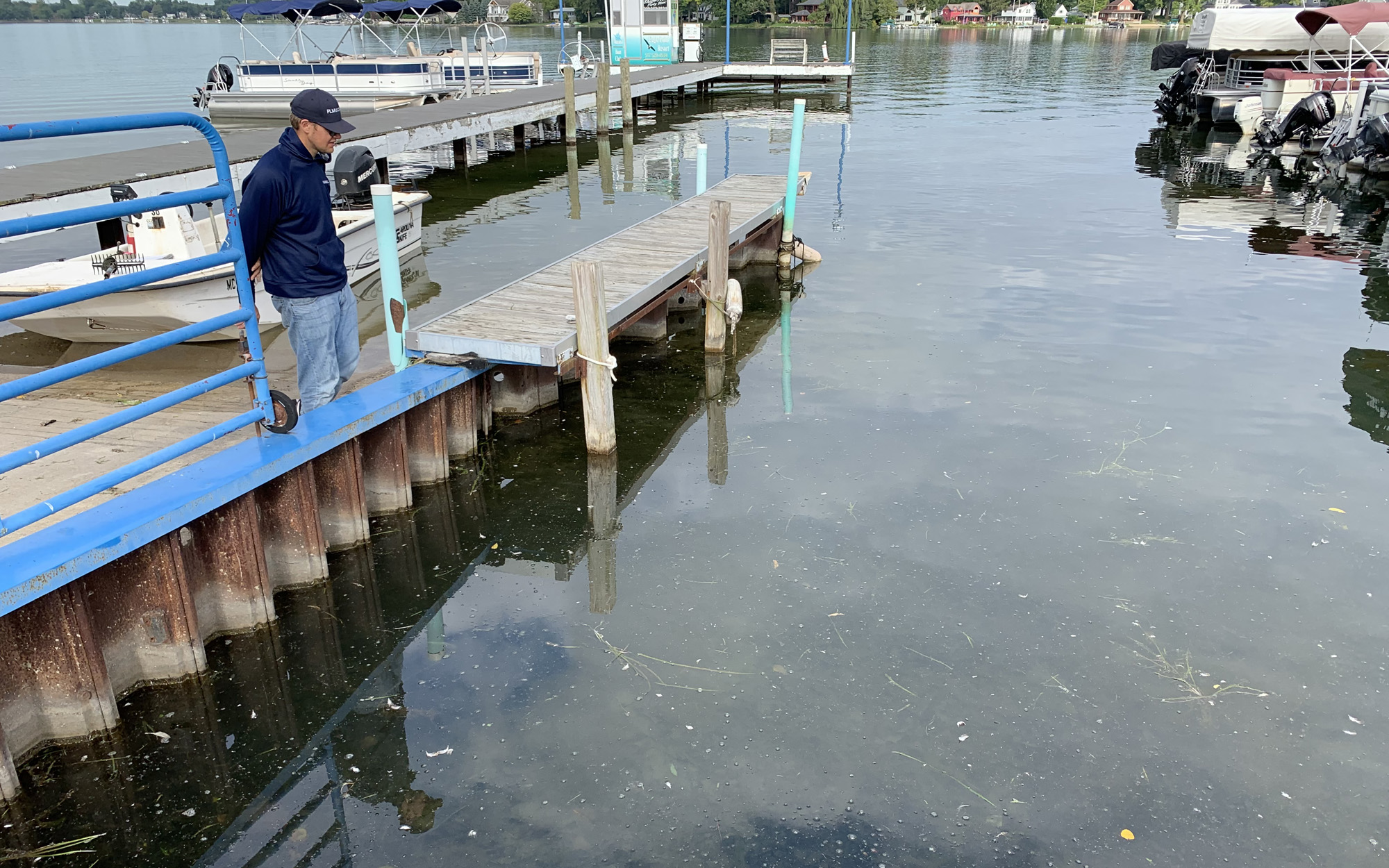 In this photo is a sample of what he found at the Point. 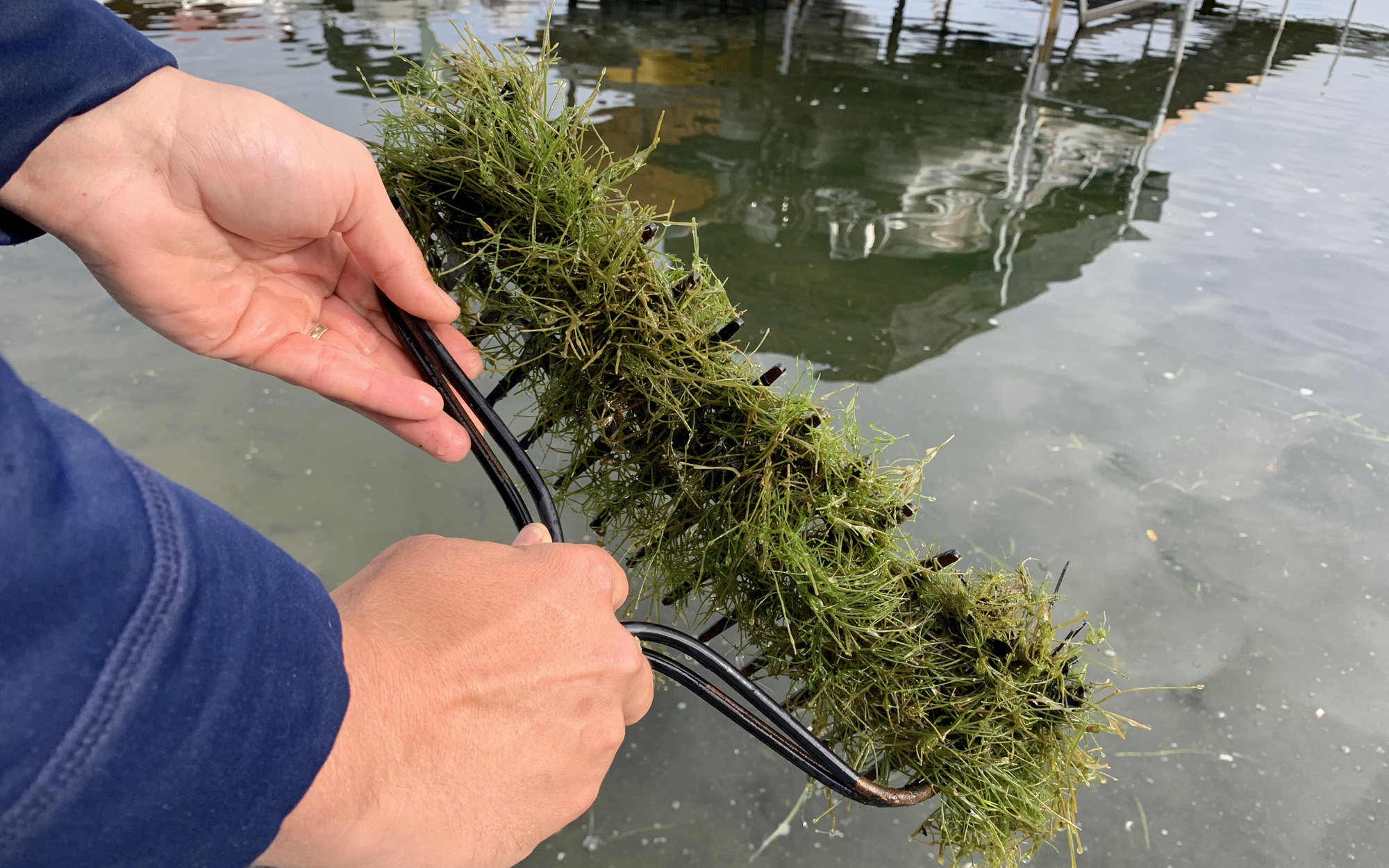 The primary purpose of PLM’s September 5th visit was to survey the lake.  Earlier this season, PLM treated the lake for hybrid Eurasian water milfoil (HEWM).  A preliminary examination suggests the treatment was successful for this invasive weed.  Once the report is completed, this website will post the findings.

The story of what happened to lakes that did not take action against HEWM is not good.  The weed decreased recreational usage, caused ecological harm, and adversely affected property values.  Lakefront property owners overwhelming supported the formation of a SAD to deal with the problem.