It appears power has been restored at Clark Lake.  Consumers Energy said the outage was first reported at 2:29 pm.  Power returned shortly after 5 pm.  Their outage center pointed to an equipment failure.  What was unusual was the spotty nature of the failure.  Though the outage map showed about half of Clark Lake was affected, many within the shaded area did have power.

Map from the outage period. 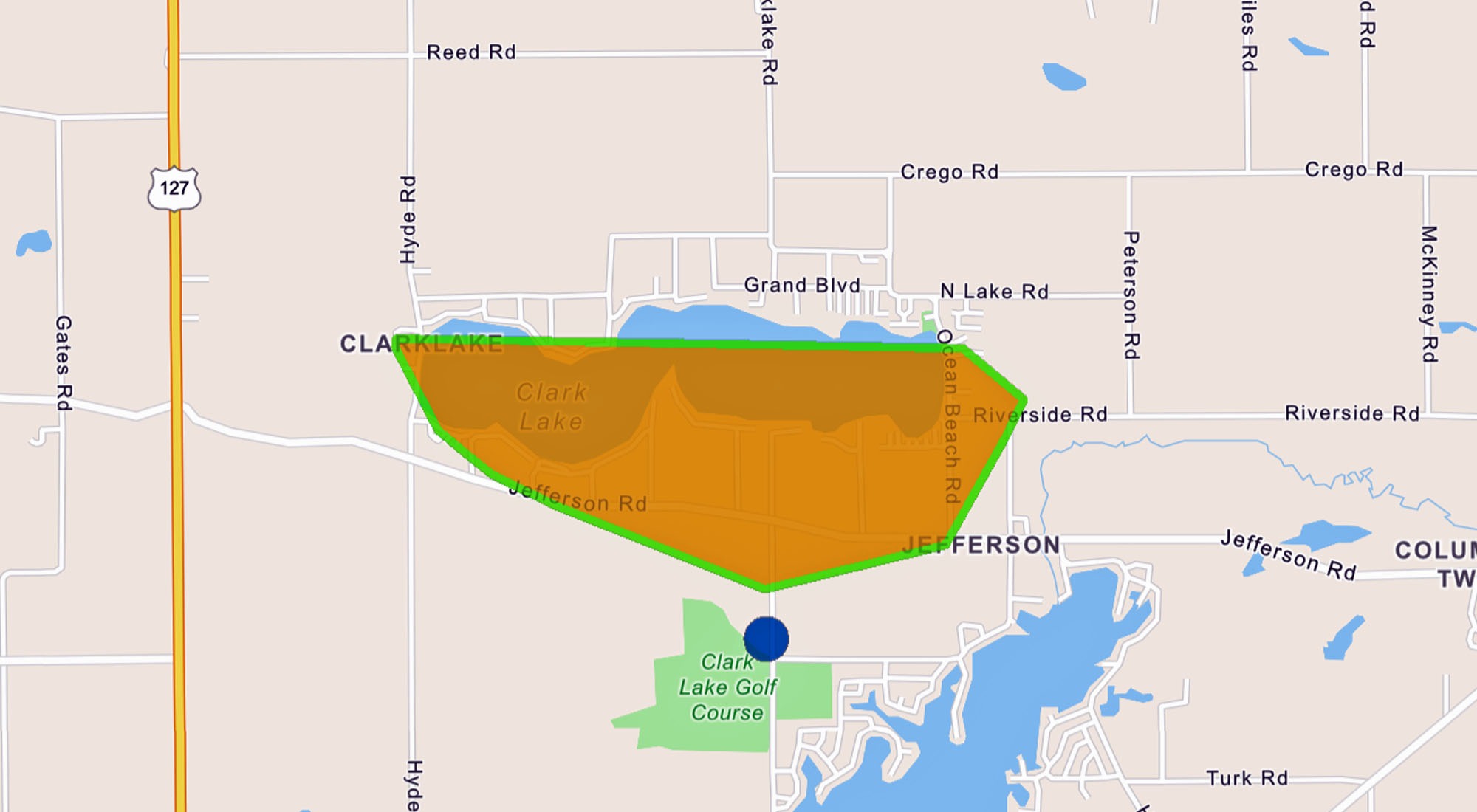 Consumers indicated 213 customers were affected.  For some it was a chance to see their generator investment pay off.  For others, an inconvenience.  Unlike the 4 day outage last summer, this one was mercifully brief.