This year four significant power outages hit Clark Lake—January 3, June 22, August 12, and December 11. (To review those stories, click on each date).   The August outage lasted four days.  Yesterday’s outage did not last nearly that long, nor was it as widespread. Although some parts of Michigan remain without power this Sunday afternoon, the Consumers Energy outage map shows a much improved situation.  Consumers Energy says they have “staged 343 crews, including 50 mutual assistance crews, storm trailers and mobile command centers, throughout the central portion of our service territory.”

At one point, over 150,000 customers lost power due to the havoc caused by the 55 mph winds.  Consumers describes the storm as “knocking out power along the lakeshore, moving across mid and southern Michigan yesterday morning. The hardest hit areas in Michigan include: Midland, Flint, Carson City, Grand Rapids, Greenville, Alma and Ionia. Winds have knocked down trees, limbs, broken 192 poles and damaged over 2,200 power lines.”

Yesterday the Consumers Energy outage map showed this pattern, although some residences did not loose power in the shaded areas. 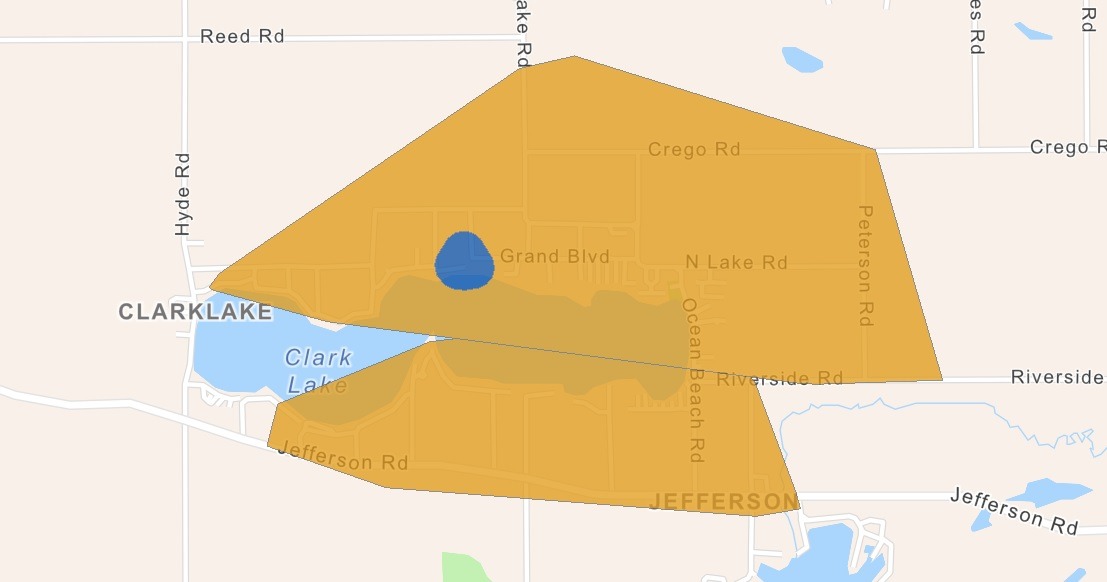 The high winds took out a mighty oak on Keast Drive.

Meanwhile, a view of Clark Lake today seems so different from yesterday.  And life inside the house returns to normal now that power is restored. 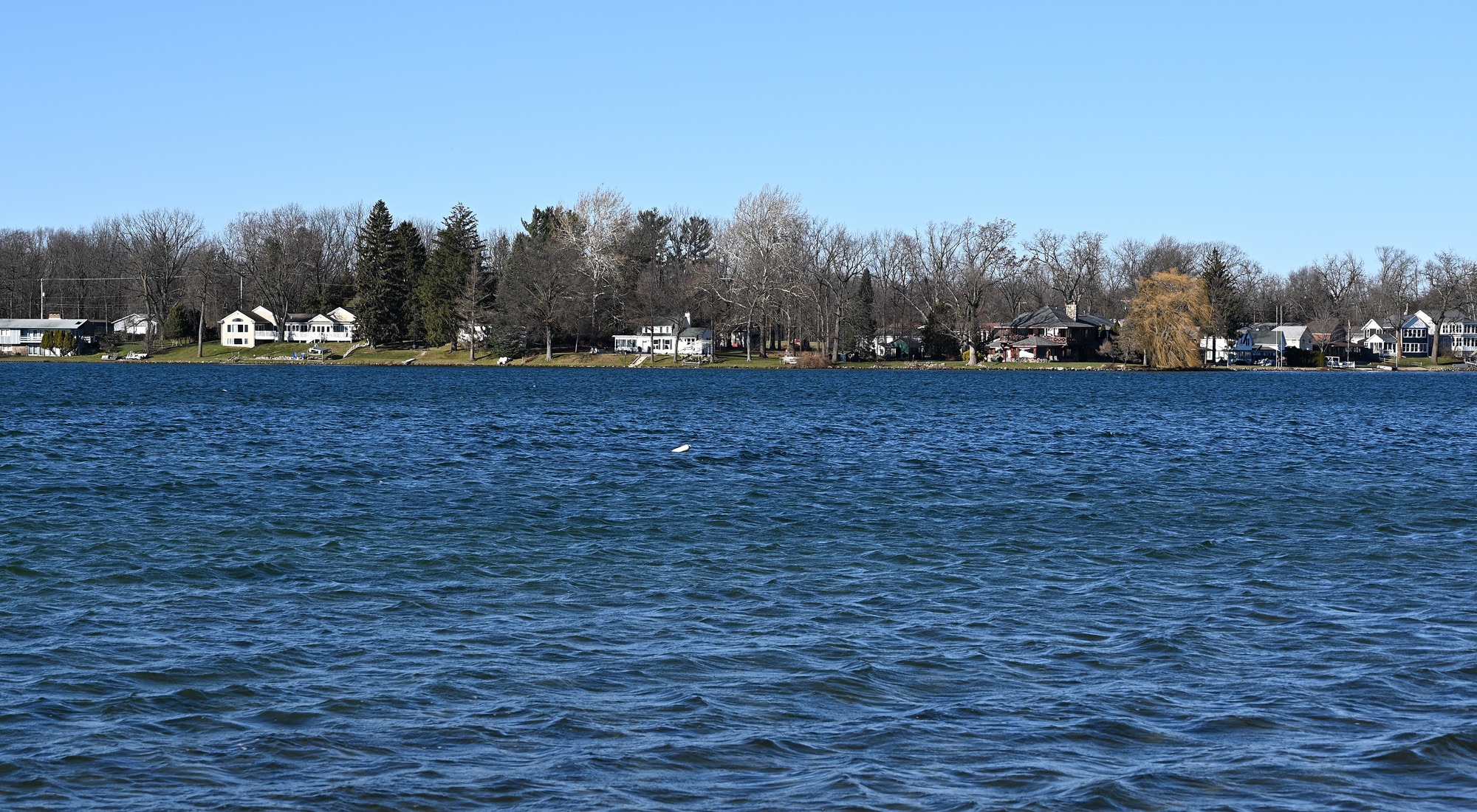 People are wondering.  How did those Christmas wreaths find their way onto Spirit Trail benches around the lake?  Through a donation, John and Diane Deming asked the Garden Angels if they would place Christmas wreaths on several of the benches.  Shelly Wilbur obliged.  She carefully attached them, tying them down, and they made it through the high winds just fine.