by Diane Deming
Diane, and her husband John, live at the east end of the lake, south side.

After a busy weekend on the lake it was very quiet and peaceful this morning. That is until we heard some loud screeching in a tree near the lake in our front yard. Both John and I thought it could be the eagle that we had seen the last couple of mornings flying across the lake on the north side. Sure enough high in the tree we observed not one, but two eagles with one making a lot of noise. I rushed to get my camera and took photos of the only one that I could see from my vantage point in the house. 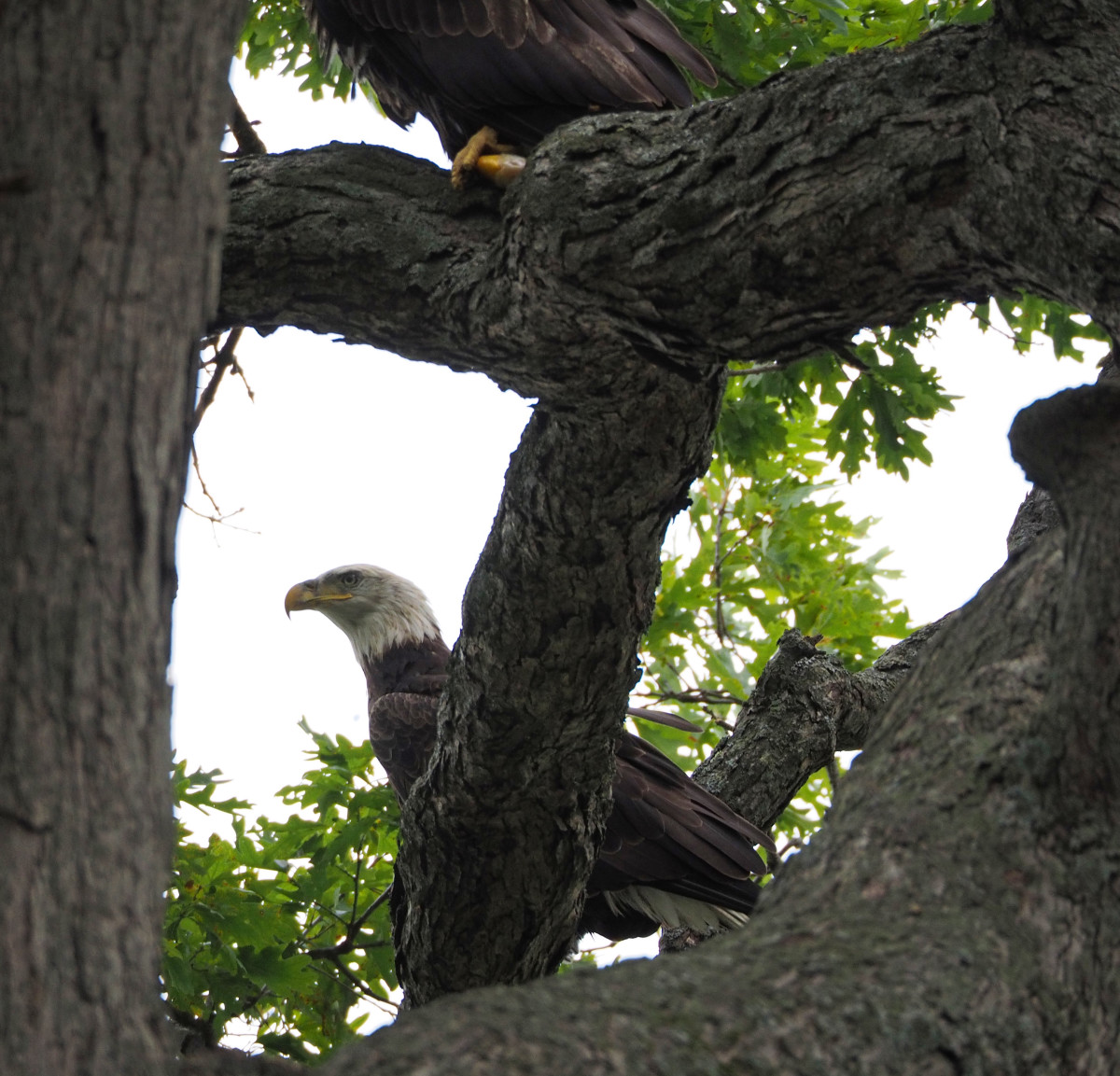 After about a minute the two took off towards the lake shore fighting for something that one of them had. The adult eagle slammed into the juvenile while in the air and then they both took off in opposite directions. It was only after looking at one of the photos that we determined what they were fighting over. Because I thought that the juvenile had not flown far to the east, I went to our raft and sat there with my camera, quietly for about half an hour. I then observed a large dark bird in our neighbor’s front yard and he seemed to be after something on the ground. I was able to get a couple of good shots and then he took off with his prize. If you look closely at the photo of the adult eagle in the tree, right above him you will see the juvenile with something under his talons. We are pretty sure it was a sunfish which he probably dropped while being chased by the adult. 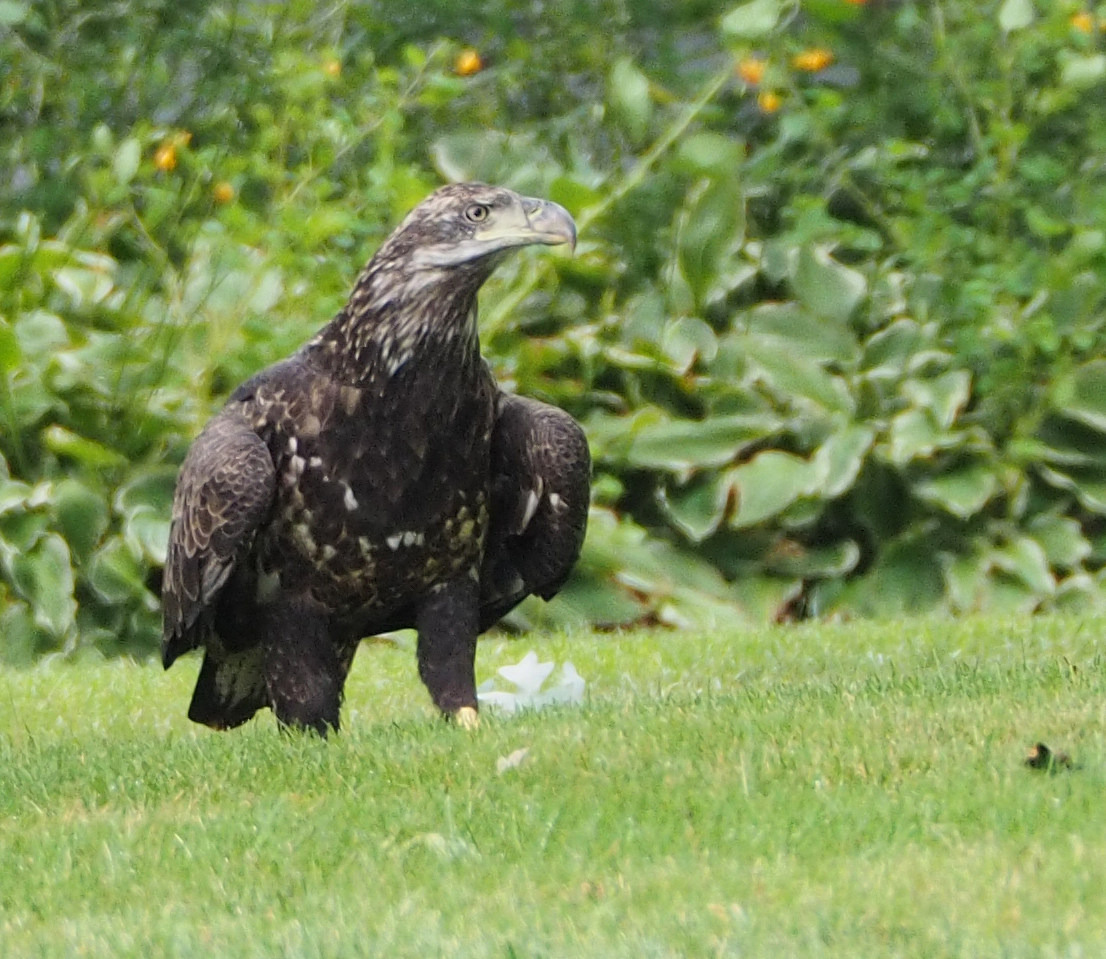 Hopefully we will all see more of the eagles now that fall is almost here and lake activity is slowing down.