A New Swan in Charge

Swans have been using Clark Lake as a rookery for many years. I cannot remember when they didn’t attempt to nest at one of two locations at the east end. The east end has three areas that have at times been used by the swans for nesting purposes. The three sites are just east of Kennedy’s point on the south side, Mitchell’s point on the south east side and Van Dusen’s point on the north side. All three have one thing in common, they are soft bottom marshy areas. The west end doesn’t have any natural marshy areas suitable for nest sites.

Each year as soon as some of the ice has left the lake, the swans and lots of other waterfowl return for the breeding season. From April until August the mute swans attempt to control the lake. All intruders are fair game for these bullies. Geese are chased from one area to another by the male swan, called a cob.  The female swan is incubating  the eggs she has laid or she too would join in chasing everything in sight out of their territory. Boats, rafts, jet skis and paddle boards are all intruders and treated with the same disdain. The cob will fluff himself up and paddle like a battleship in pursuit of his quarry. This attitude is what gets the mute swan in trouble. They are known to kill geese if they can catch them. Mute swans are not to be trifled with as they are the largest  bird found in North America living to 30 years of age and weighing over 30 pounds.

Even with their size and lack of fear when protecting their area and young, the mortality rate of cygnets remains high.  This year six cygnets appeared and as of October only two survived. The predators of the swans are hawks, eagles, minks, and turtles. I suspect turtles are the most deadly of the group on our lake. The other predator for mute swans is man. The DNR has been called upon repeatedly to remove mute swans because of their aggressive attitude. Eggs may be removed or oiled and adults euthanized. Removing swans is difficult because of their size. 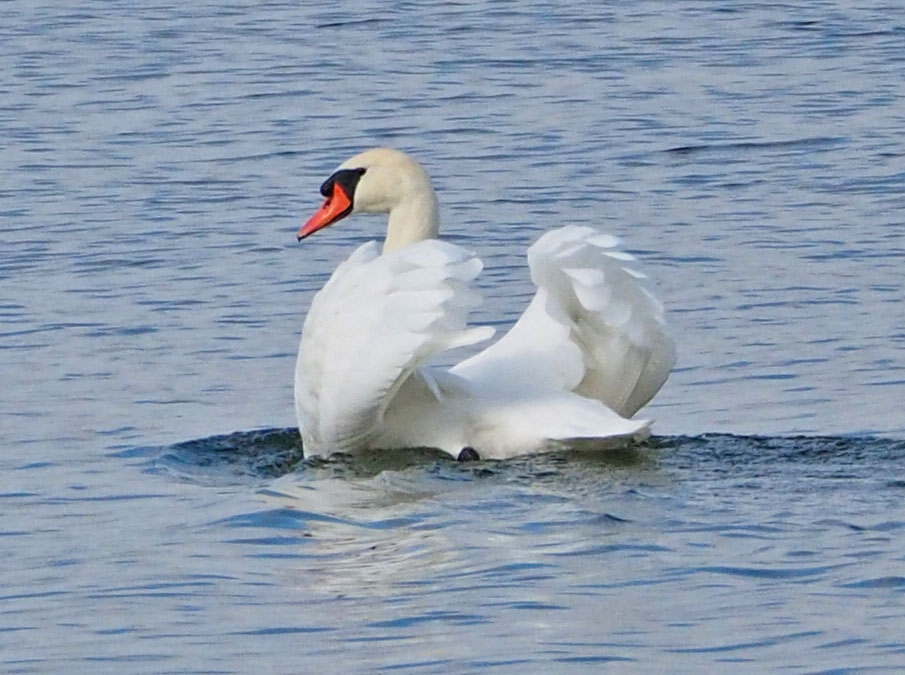 Mute swans are not a native specie to North America. Because of their majestic and graceful appearance they were brought here as decorations to park areas in the 1800’s.  Swans that are native to North America are the Tundra swan and the Trumpeter swan. The Trumpeter swan was once thought to be near extinction in the 1930’s, but a relatively large number were found to be located in Alaska which reduced the concern about extinction. The Trumpeter and Tundra are very similar in appearance. They are the same size and both have black bills. The Trumpeter is very rare so if you see a swan with a black bill it is most likely a Tundra. The mute swans which nest on Clark Lake are easy to identify as they have a yellowish orange bill with a nob at the base.  To learn more about identifying swans, click here. 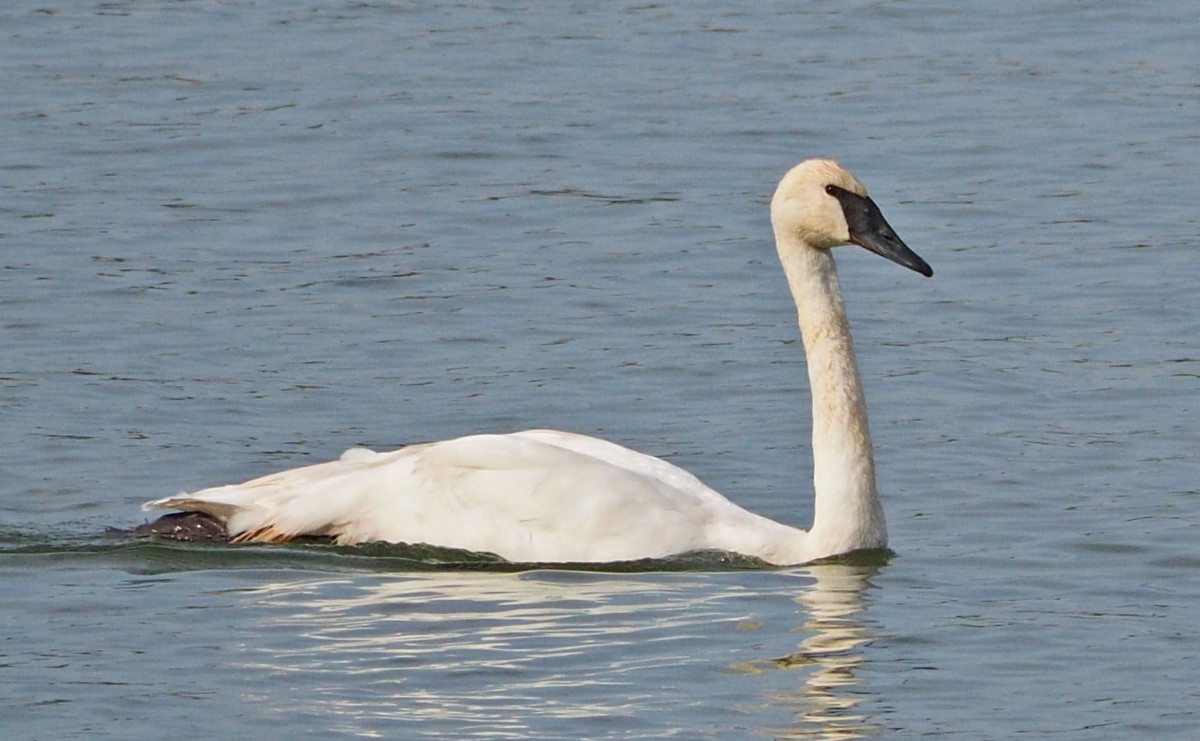 Recently a Tundra swan has joined the four family members of the mute swans. I have seen Tundra swans in both the fall and spring on the lake, but in the spring the mute swans have driven them off the lake. More than likely the Tundra swans were migrating north looking for a resting spot. For whatever reason this Tundra swan has seemingly taken over the family group. It has had several issues with the cob mute swan and it looks like it has become the dominant swan. I haven’t seen any actual fighting, but more of posturing and fluffing up of feathers and wings. The winner seemingly takes over the first position in line in the march from one feeding area to the next. 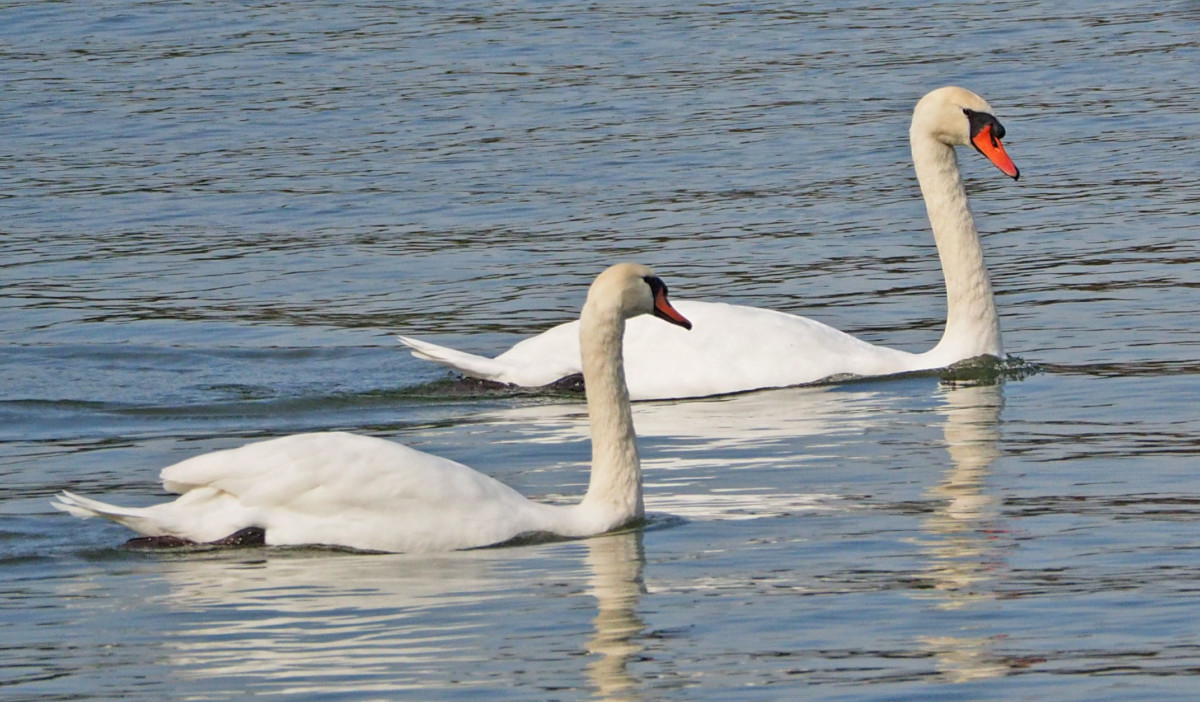 In September, the cygnets are full grown and are encouraged to fly. The parents will fly off a short distance and wait for the cygnets to get the idea that they need to flap their wings to catch up. It doesn’t take long for them to catch on. The first flight is short and no one said it would be pretty. The parents never gave them the landing manual and as a result the first landing is more of a crash than a landing. Wings stop flapping and they drop like a rock. The good thing is they are only a foot or two off the water when it happens.

The photos above were taken by Diane Deming.  Below are two recent photos courtesy of John Stewart.  All of the photos were taken at the east end of the lake. 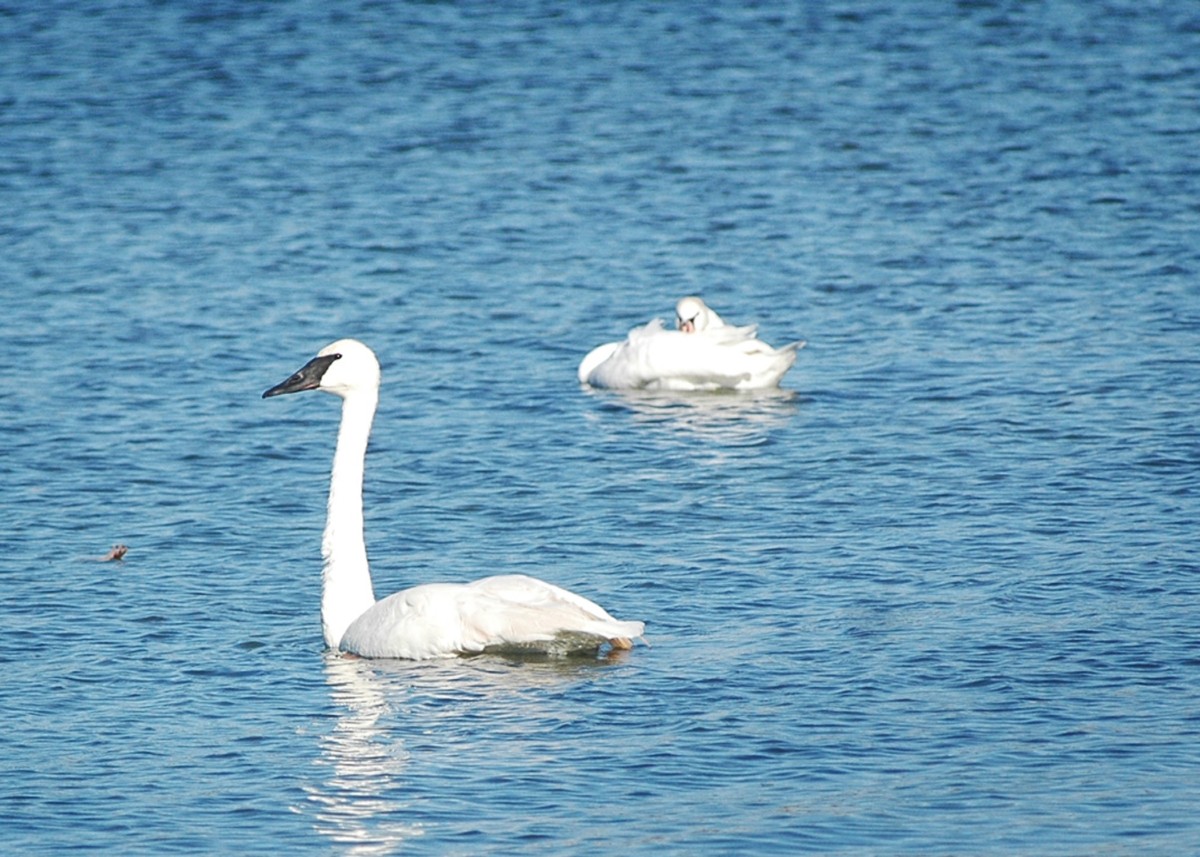 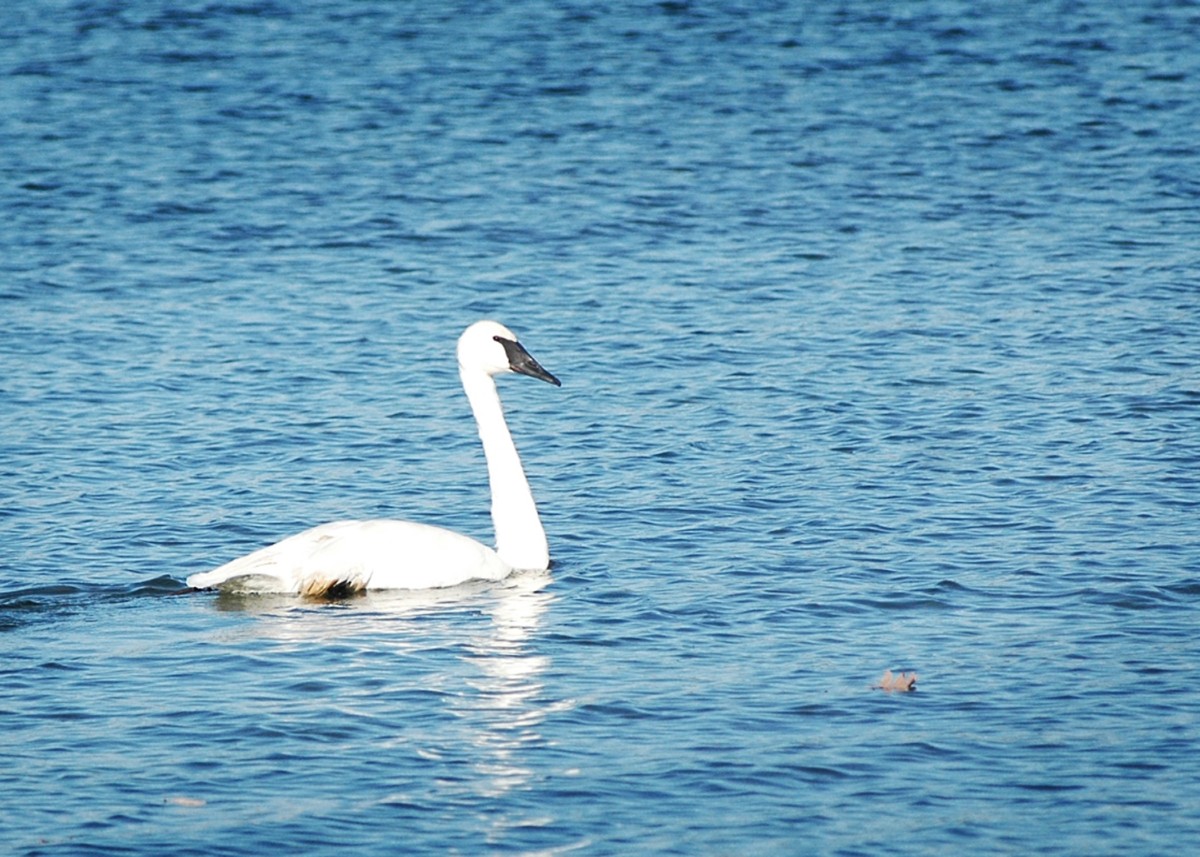