Snapping Turtle vs Goose–and the Winner Is…? 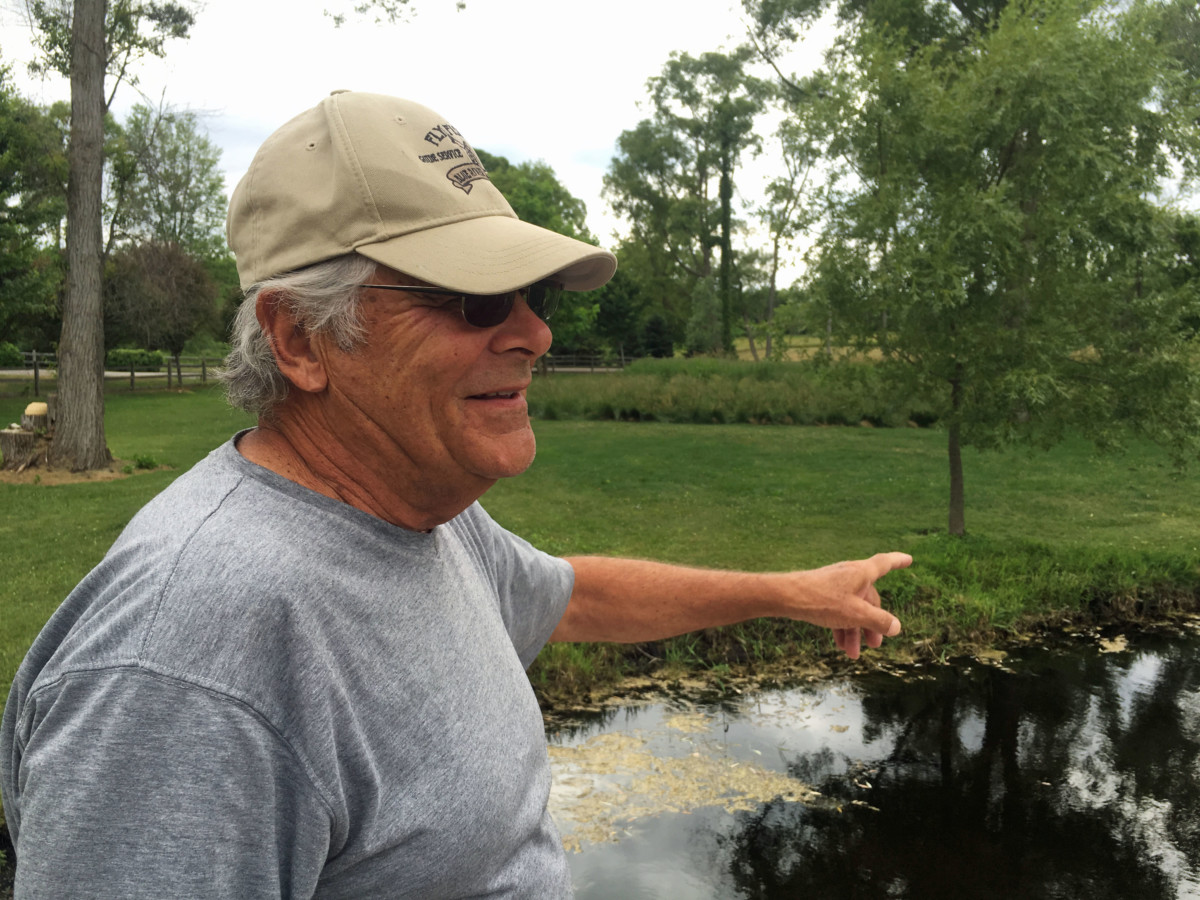 Gary Wolcott and I were walking around my yard when I noticed a commotion in the pond.  I heard honking and water splashing. I saw six goslings swimming in a line behind a long-necked Canada goose. Following the small parade was the gander familiar to us at Clark Lake by its black head and neck, white patches on his face and brown body. He was slapping at the water with his wings.

Six goslings padding across the pond turned into five as the last little goose in the line of water birds disappeared. The large gander immediately dove under the surface and the real commotion began.

Gary and I watched as the gander’s wings flapped for an instant above the water and then disappeared beneath. The pond’s surface churned. The wings reappeared, still beating at something down there. I thought it might be a Northern Pike.

The small gosling popped to the surface, paddled to shore and scurried up and under the protective wings of the goose that was watching the fracas from the safety of the lawn. 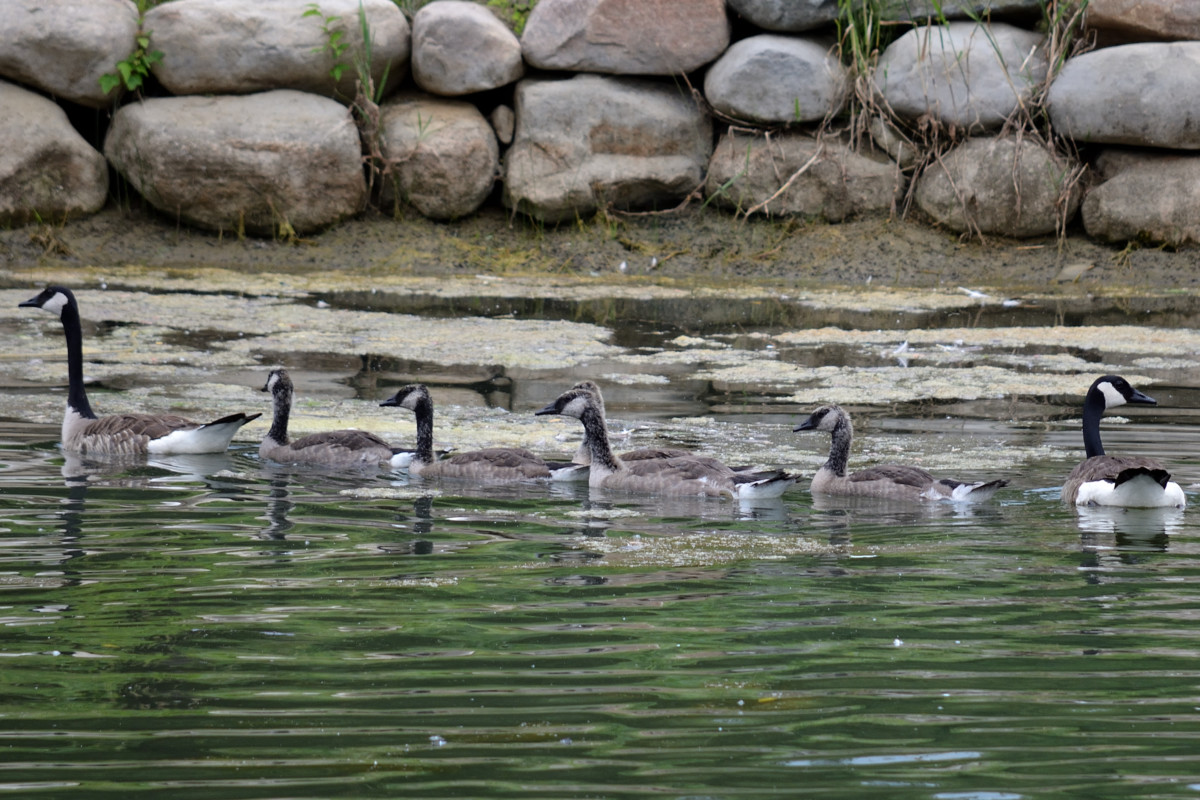 This photo of the family was taken about 10 days after the altercation. The goslings have grown a lot since then.

The gander surfaced and paddled toward shore leaving a sea of feathers floating in the water. He surveyed his brood and took his place at the end of the line. The goose led her six goslings and the gander away.

It didn’t take long before the turtle scampered onto shore. It’s head periscoped from its shell and pivoted to scan the shoreline. The goose family was out of sight. The snapper paused for a moment before slipping back into the pond. 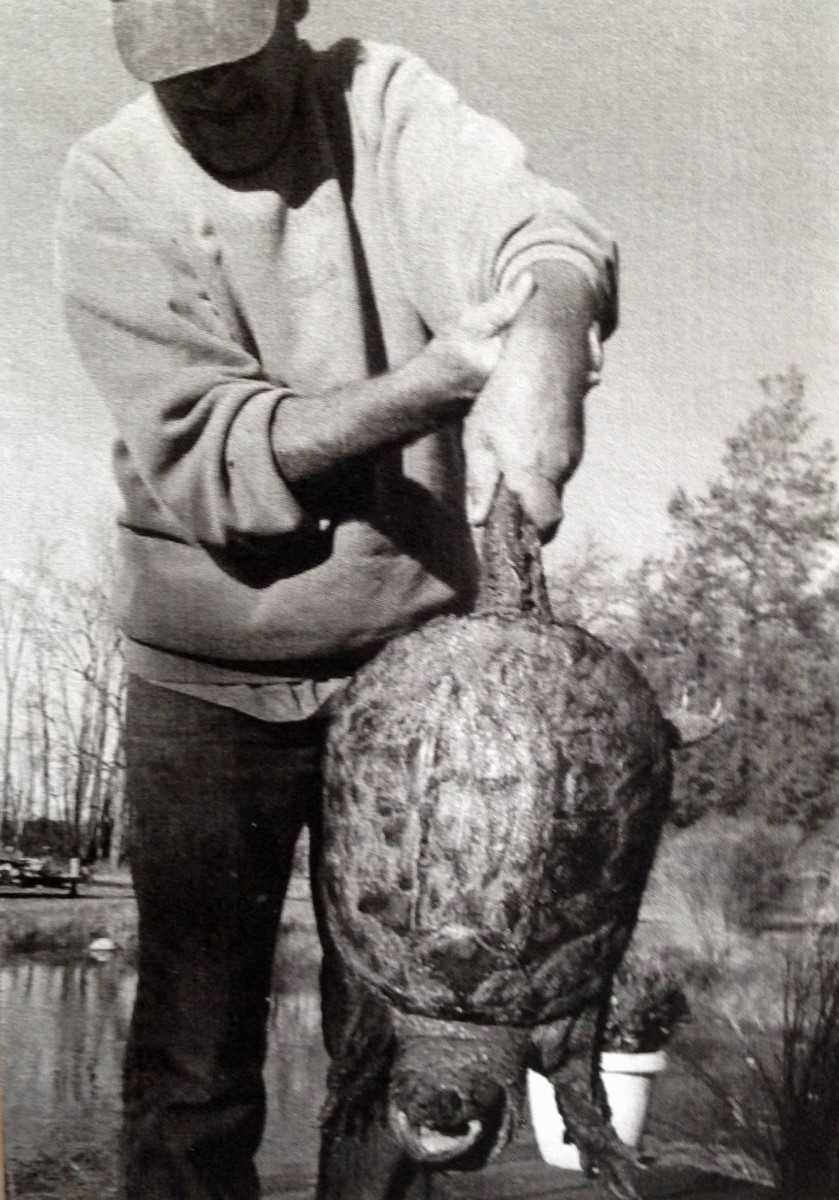 Greg Christman with the snapper–photo from 2015