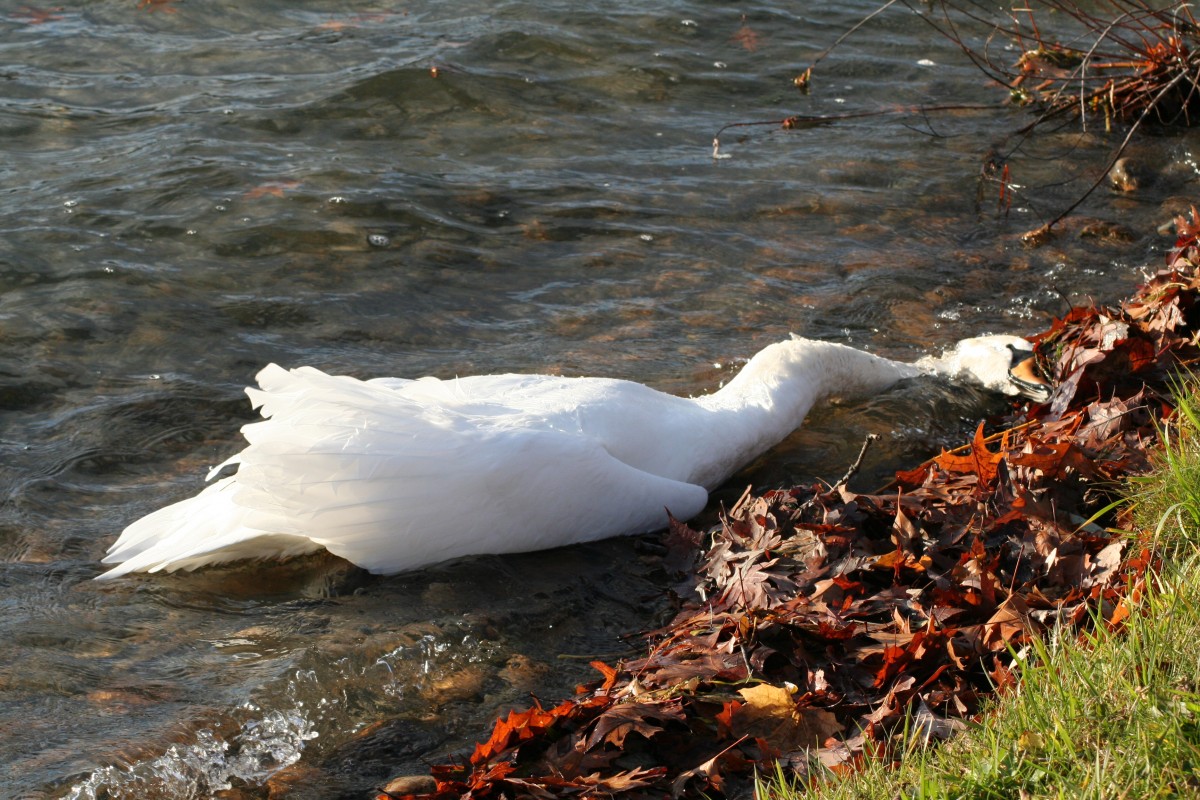 You don’t have to be at Clark Lake long to notice the swans that have taken up residence here. They are large, exhibit interesting habits, and are quite willing to take care of themselves when confronted. Given their ability to fend for themselves, and their size relative to geese and ducks, it gets your attention when you see a dead one. On Sunday, a dead swan was spotted floating towards the east end near the boat launch and eventually beached there. Before it floated to shore, three other swans—two adults and a juvenile—checked out the floating corpse and then quickly lost interest.

So what caused the swan’s demise? A few years ago, some swans died and floated down the lake much like this one. John Deming contacted the DNR and asked them to investigate. The DNR indicated cause of death was due to ingesting a “fluke” (otherwise known in some circles as “Verminous Hemorrhagic Ulcerative Enteritis”).

The other swans in the area showed only modest curiosity

The swan could have died from some other cause. But short of an autopsy, this explanation could be correct. John theorizes the swan that died Sunday flew to “Clark Lake from another lake or had visited another lake and had ingested snails that were infected with the fluke.” He reasons that “local swans have been eating snails from the lake all year and haven’t died.”

Not everyone likes swans. For an update on the current debate about swans in Michigan, click here.