Dog vs Ducks at Clark Lake 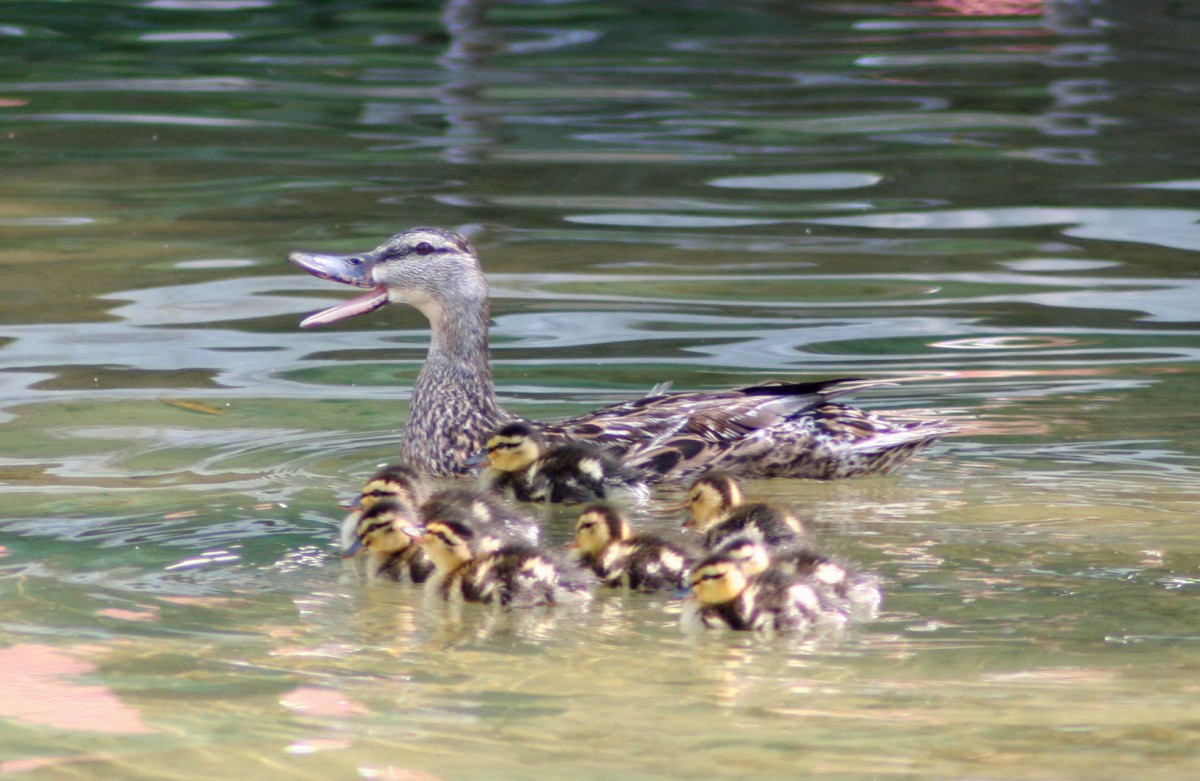 When dogs, particularly breeds like retrievers, see a duck, a switch goes off in their head that says “go chase.”  How do Clark Lake ducks defend themselves?  They move away from the action.  If on land, they fly to the lake.  If on the water, and the dog jumps in and gives chase, they find it easy enough to stay ahead.  If the dog is really fast, ducks take flight.

What happens when a female has a brood of ducklings?  Some dogs are quick enough to catch one of them.

If you have a female with ducklings in your part of the lake, you tend to watch their progress every day.  When they show up near your dock, you take a head count.  A group of nine or ten can quickly diminish, particularly when they are very young and at the most vulnerable stage.  One such female with her brood was faced with what looked alike a real threat from a young, fast moving dog. The dog spotted them close to shore and jumped in.  Chaos ensued, and looked like it would be bad news for at least one of the ducklings. Here’s what the mother did.  She immediately got the dog’s full attention, making herself the target.  She was fully capable of flying away, but stayed just far enough ahead of the dog to escape its jaws–and kept it busy.  The ducklings regrouped and somehow knew that they should leave mom and swim to deeper water.  After the dog tired of the episode, the mother rejoined her ducklings.  Then the group continued with their occupation in life–swimming around.

It was real life drama and fascinating to watch.  The event also displayed an interesting strategy.  Was it instinct or learned?