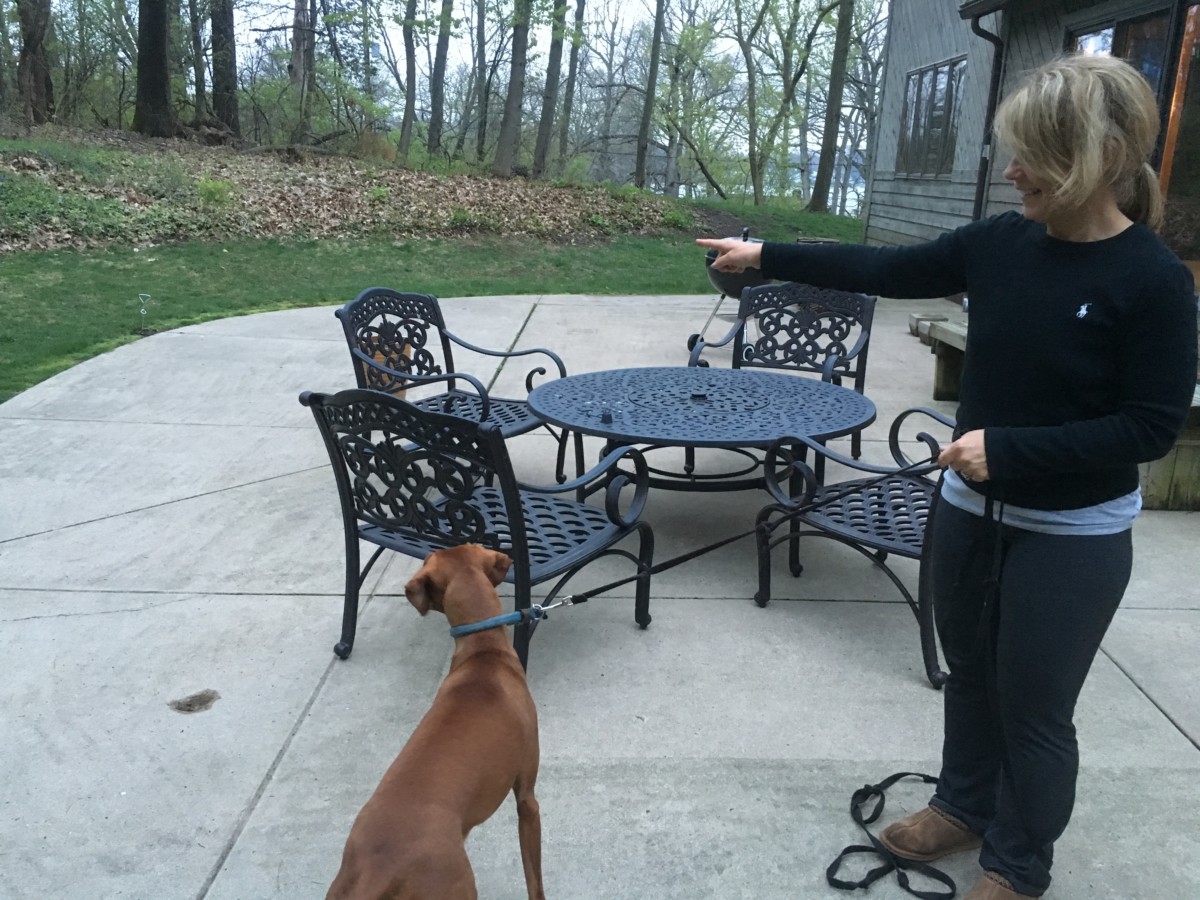 Are there coyotes at Clark Lake?  Yes, according to at least two residents.  Late Tuesday (1:30 am Wednesday 4/27), Cara King let her dog, Stella, out on a leash in her backyard.  As she waited for Stella to finish, a coyote leisurely strolled through the yard.  According to Cara, “it appeared to come from a wooded area behind our house.”  At first glance, she thought it was a neighbor’s dog which is the size of husky.  But it wasn’t.  “What surprised me was that it did not react to my presence or that of our dog; it just continued on its journey through yard.”  Stella, her dog, did react.  “Once inside the house, she was beside herself.”

This is not the first time that a coyote has been spotted in this area of Clark Lake.  Jill Bentley, who lives next door to the King’s on Eagle Point Road, said that a dog belonging to her daughter, Elizabeth Potter, had a run in with a coyote last summer.  Elizabeth’s dog went after the coyote.  Who won?  Jill says “the dog won and the coyote took off running.”

David Nichols, driving from Metro airport to Clark Lake on westbound I-94 recently, noticed three dead coyote’s on the shoulder.  “You’d expect perhaps to see one, but three in one spot is a lot.”  David continued “coyotes are all over the place and they are here to stay.”  He’s had lots of experience with coyotes from his time in Texas.  “They tend to find a passage through a fence and that becomes a path for them; look for them in areas like that.”  David added “they tend to be skittish, even when in a group, and humans shouldn’t fear an attack.”  But the same can’t be said for pets.  Smaller dogs and cats could become prey.