Wood ducks are normally done nesting by now. We have had hatchings as late as the 8th of July from the trees in our front yard, but it is a little unusual. Some times if nesting is unsuccessful or if suitable nesting sites are not found early enough, wood ducks will nest later. 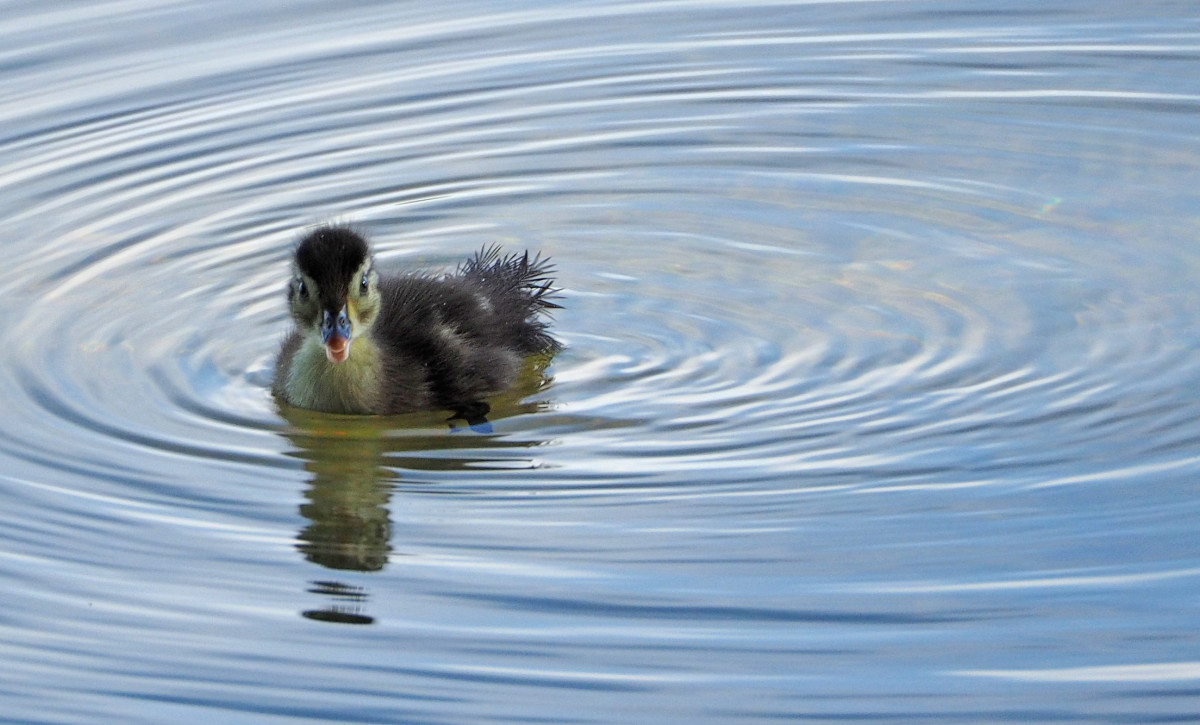 Recently we observed a female wood duck flying into a tree in our front yard. When that happens at this time of year then we can usually expect that she is nesting. On Sunday, a very busy day at Clark Lake, I was sitting on the porch and heard some clucking noises high in the trees. I got my binoculars and saw a female wood duck sitting at the top of a hollowed out tree trunk where wood ducks have had many successful broods. I knew that the ducklings would be hatching soon, but hoped that it was not that day with the high boat activity on the lake.

The next morning I heard peeping noises and went to the lake to investigate. Sure enough there was one wood duckling in the water by itself. If the mother does not gather up the stray then it will not survive. I took a few photos and went back into the house to observe. The duckling swam in front of our house peeping constantly for an hour and a half. I feared that it was doomed. Then I saw the mother fly into a tree in our yard. She made a few clucking noises and the duckling raced to the shoreline. The mother flew into the water and gathered up the last duckling. I assumed that the other ducklings were safely hidden under the bushes on our shoreline.

Although most ducklings hatch within a 24 hour period, there can be one or two that hatch after most of the others have left the nest. This duckling was lucky that her mother waited for her.  My advice to anyone who sees a lost duckling is to leave it alone. The mother may be close by, but won’t come near if humans are around.