There is a special connection between Clark Lake and eagles.  Just ask anyone the name of the point that is midway between east and west and juts to the north!  Clark Lake is receiving semi-regular visits by at least one eagle.  But to get a photo, you must be armed with camera and ready for action.

Yesterday, an eagle landed in a tree in Deming’s front yard (east end, south side).  Expert photographer Diane Deming raced to get her camera and took some photos through an upstairs window.  She recounts the adventure:  “The wind was blowing hard from the southwest and he was having a hard time balancing on the branch. He then flew down the shoreline to the west. I decided to go outside and see if by chance he had landed in a tree by the lake. Sure enough I spotted him in a tree in front of Lozier’s house. He knew I was there, but I didn’t move quickly and was able to get some shots. What a magnificent animal!”  [click or tap any photo to enlarge; repeat to reduce] 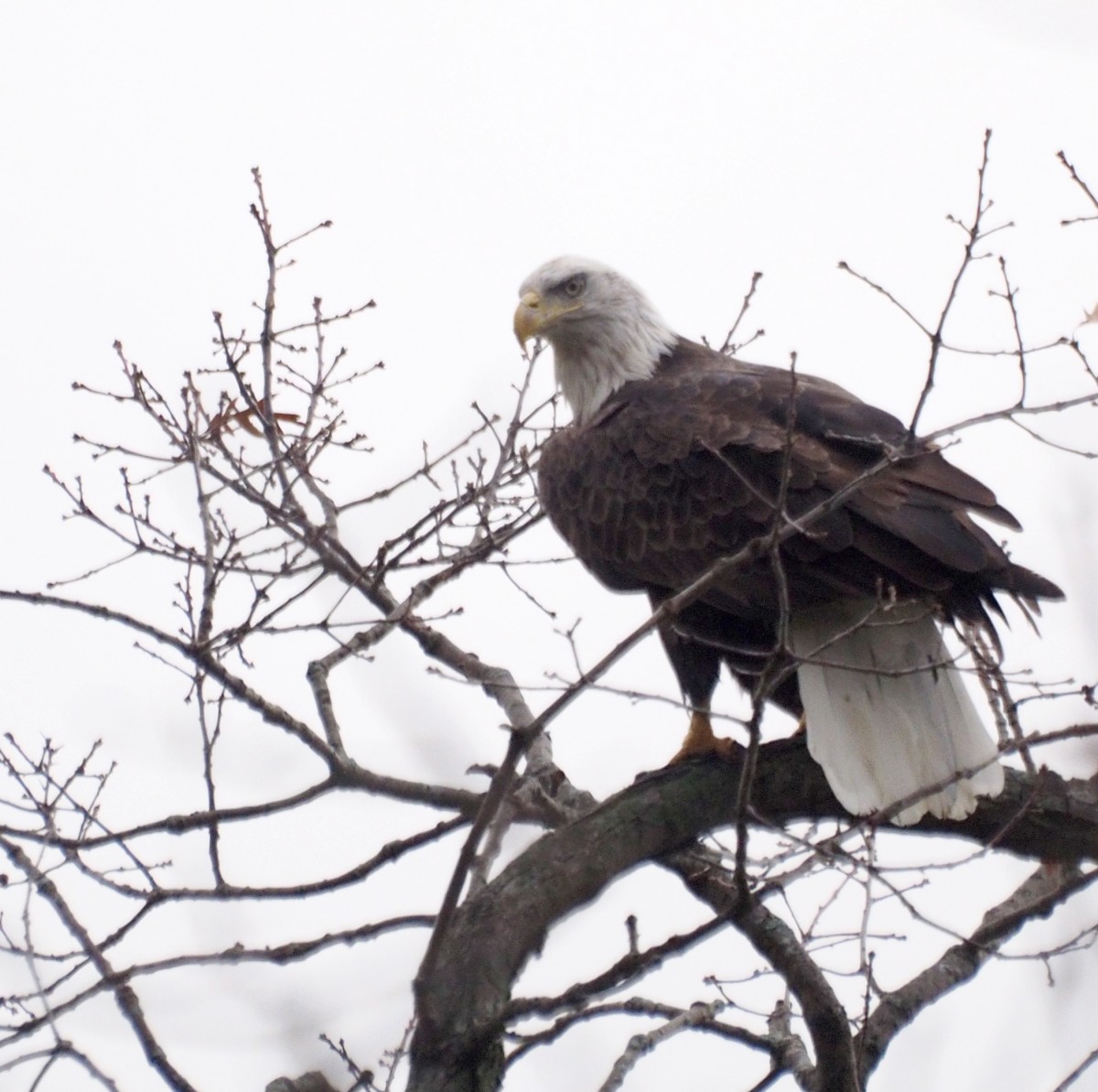 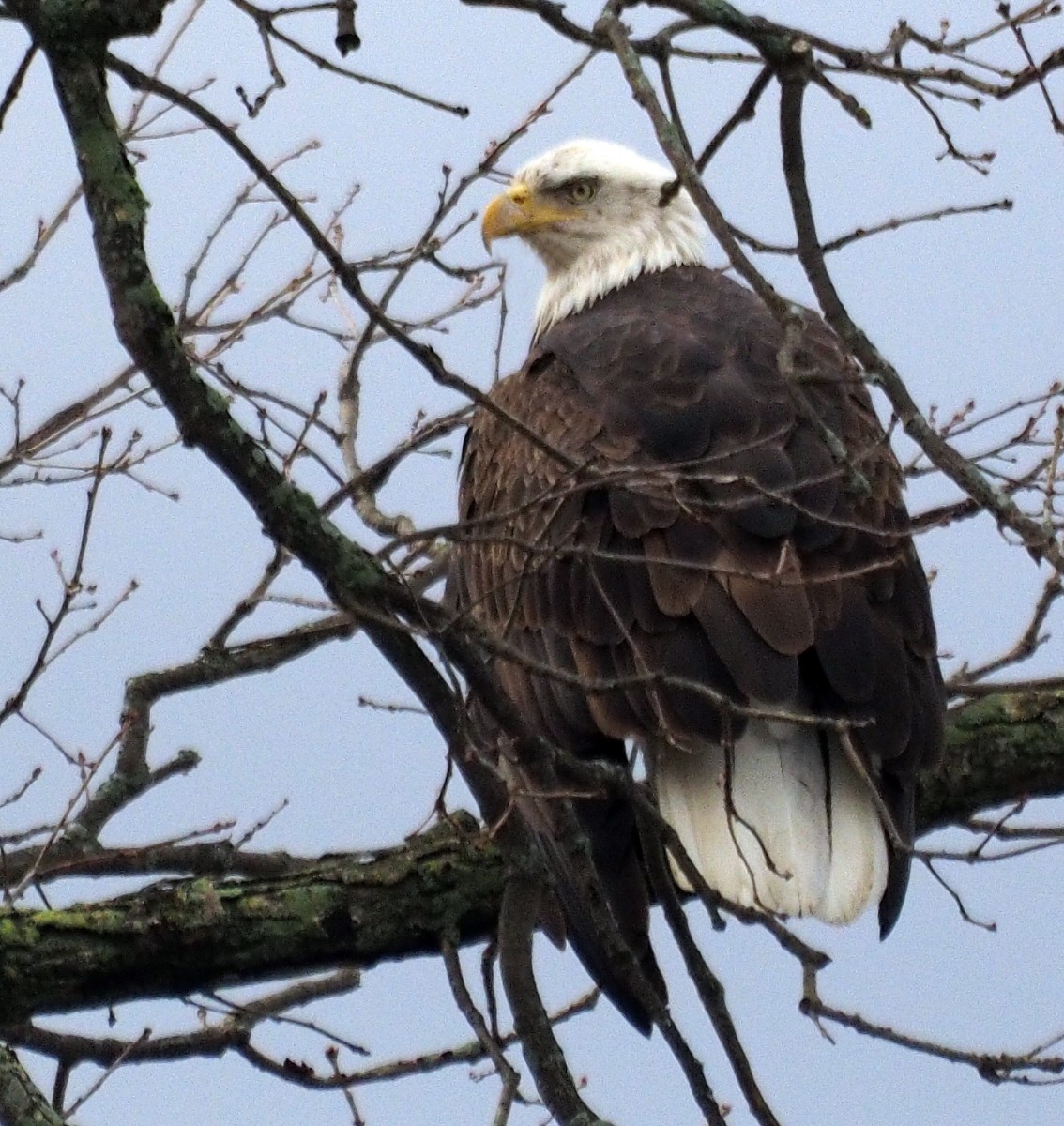 And Diane, what beautiful photos!

These two photos join the Clark Lake Eagle Photo Hall of Fame.  Over the summer, there were several photos, but only two close-ups.  One was John Stewart’s action shot; and the other came from Margie Harris. 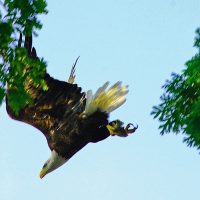 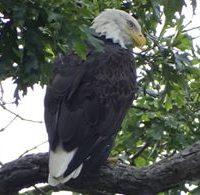 Now to round out the story, here are two more eagle photos that are definitely tied to Eagle Point. 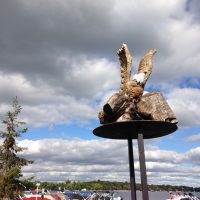 Located on Eagle Point during the summer, this one is easier to photograph in that it doesn’t move very much 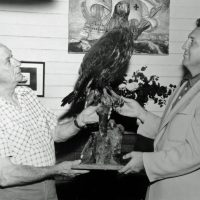