Earlier this season, Diane Deming wrote of the barred owls at Clark Lake and included photos.  This is her update to the story. 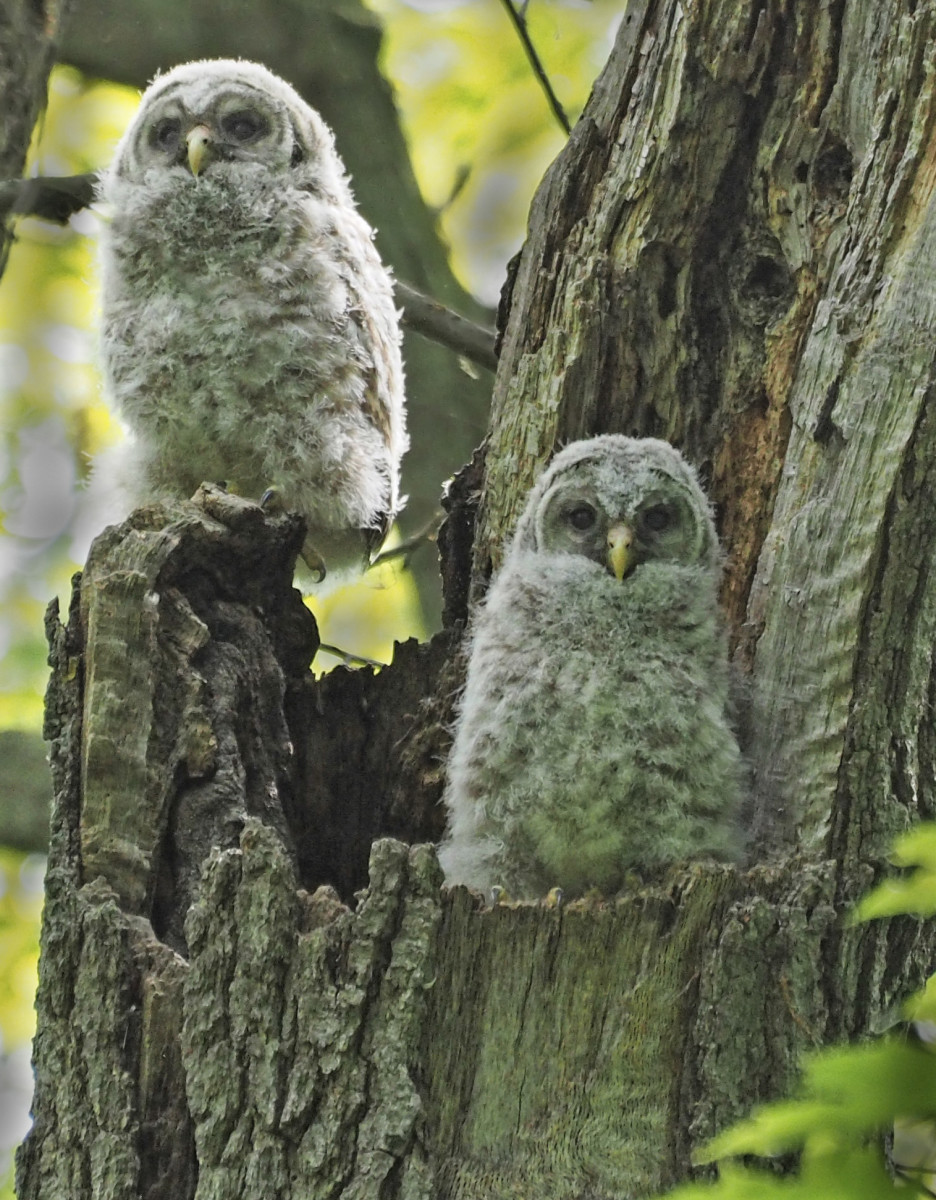 On May 24th I discovered that the barred owl family had successfully raised two offspring. The photo shows the young owlets on top of the tree in which they were raised. Early this spring the parents started out landing on our neighbor’s flag pole and hunting small rodents for their young as shown in the video on Facebook, but they have not continued to hunt there. It may be that the vole or shrew populations were depleted and they had to move to a different hunting location. However, they are still in the woods behind our house and we can hear and see them most every day. As of today, the 9th of July, both owlets have survived and were not electrocuted on the power line as happened to the owlet last year. I called Consumers Energy three times over a period of one month this spring and so far no wildlife guard has been installed.