Before Mother Nature Got Nasty with Us… 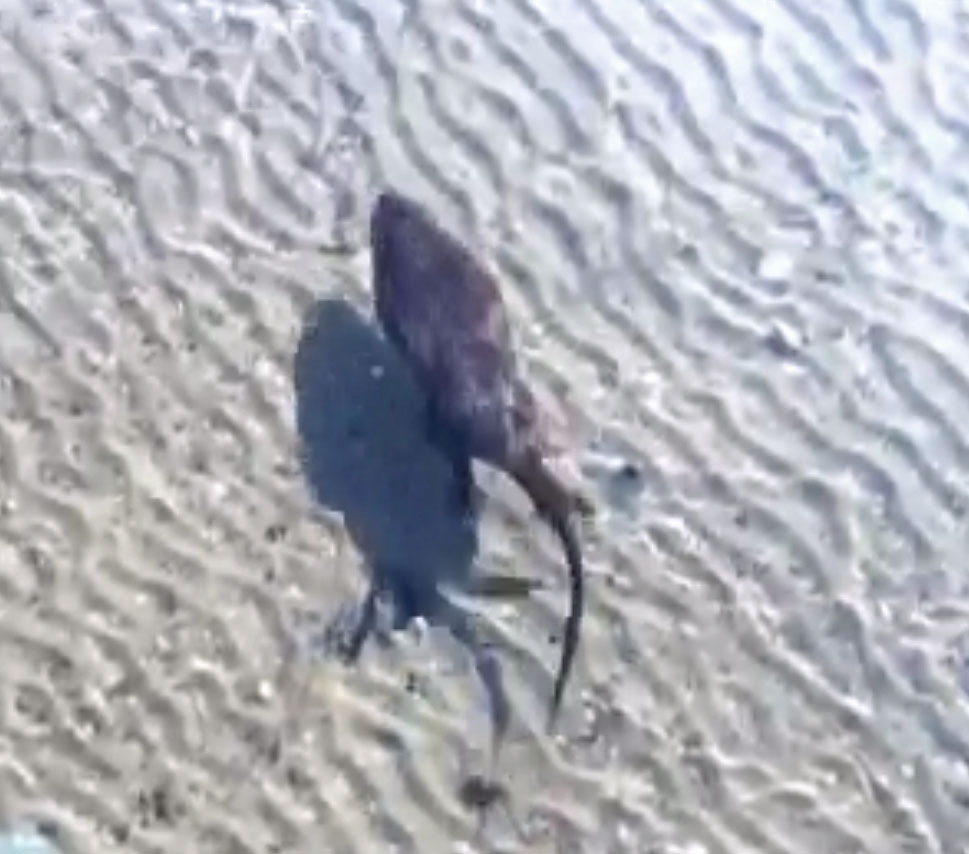 The muskrat is under the ice. Click the photo to view the video.

Clark Lake was treated to an unusual phenomena over the New Year holiday. Ice formed like a sheet of glass over the water, totally clear.   Some were inspired to put on their skates and enjoy a smooth as silk ride.  Not only that, but amazing sights were had.  Chelsey Kennedy stood nearby as her mother, Pam Stansell Kennedy and Brian and Elise Fish skated (Brian/Elise photos previously posted).  Chelsey had her phone in hand and picked up this video of Mr. Muskrat as he swam under the ice, but totally visible from above.