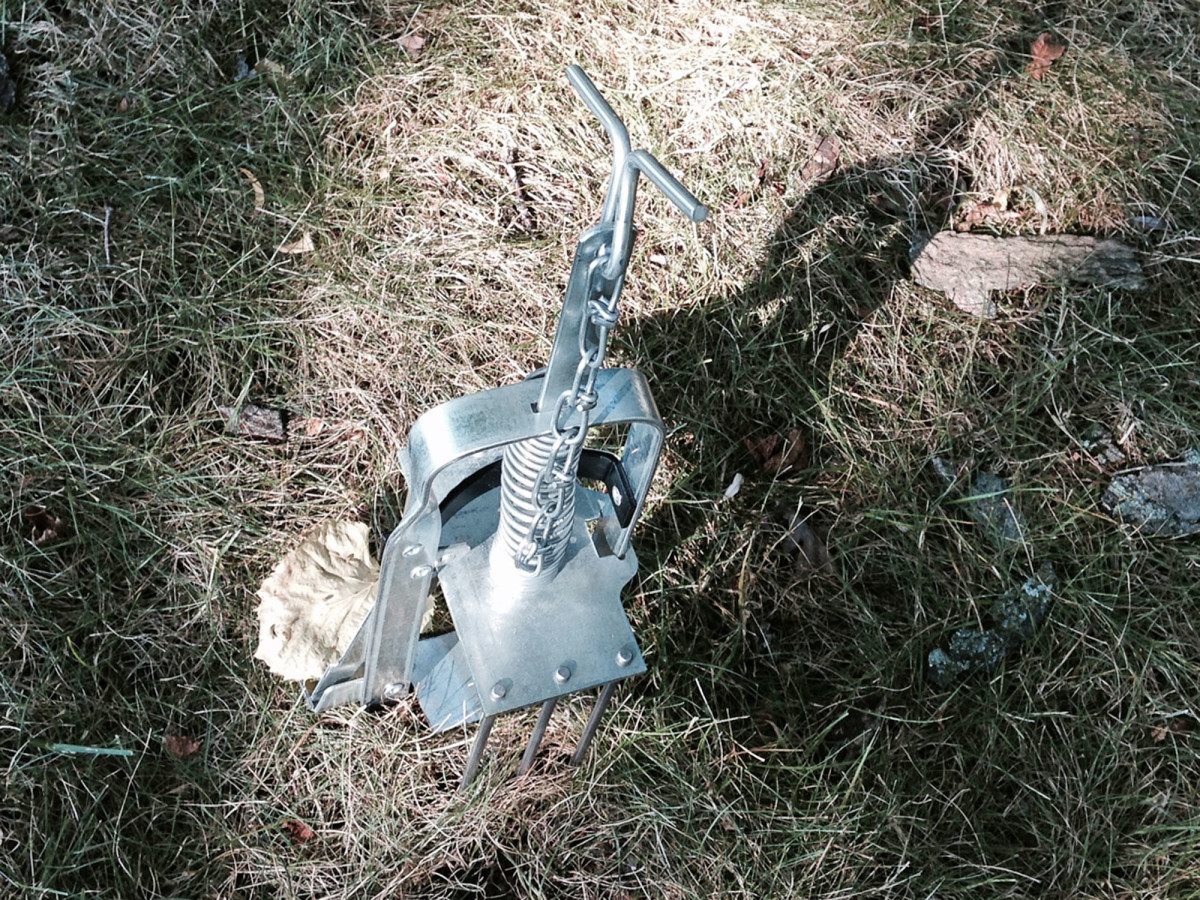 At times, Clark Lake has experienced visits from various critters–sometimes they are chipmunks, raccoons, or deer.  Now residents are reporting visits of moles.  You don’t see them and they don’t see you, but you know they are there. They tunnel through the yards leaving the unmistakable mound trails.  Stomp them down, and the moles recreate the same route an hour later.  There are devices to control them.  One of them is illustrated here.

How’s it going for you?

Interested in learning more?  Here’s what Wikipedia says about moles:

“A mole’s diet primarily consists of earthworms and other small invertebrates found in the soil, and a variety of nuts. The mole runs are in reality ‘worm traps’, the mole sensing when a worm falls into the tunnel and quickly running along to kill and eat it. Because their saliva contains toxin that can paralyze earthworms, moles are able to store their still-living prey for later consumption. They construct special underground “larders” for just this purpose; researchers have discovered such larders with over a thousand earthworms in them. Before eating earthworms, moles pull them between their squeezed paws to force the collected earth and dirt out of the worm’s gut.