Update on a 26-Year Old Tragedy

What is this and what’s it doing on the bottom of the lake? 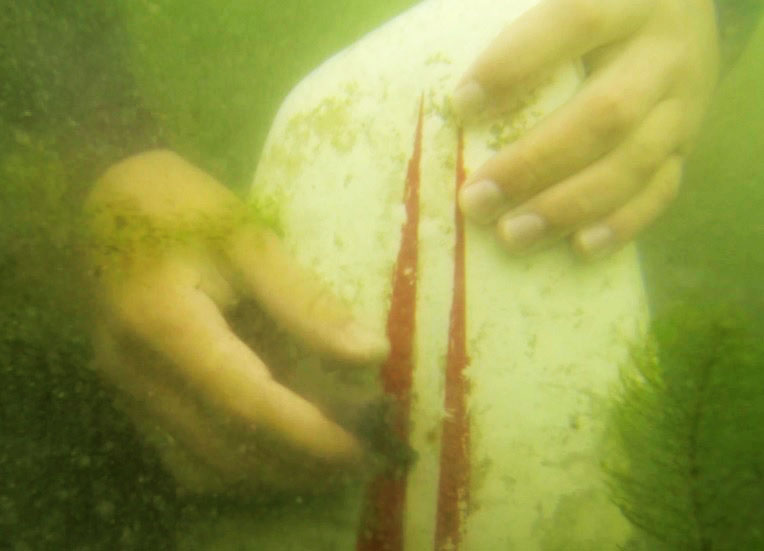 The story begins 26 years ago.  It was Saturday afternoon, August 25, 1990.  Harry Faling, a friend of many at the lake, had been flying his single engine plane over the lake.  According to witnesses, it was more than just flying–he was doing stunts, and not everyone was comfortable with what he or she was seeing.  Jim Dandar watched many of his passes.  The plane would gain altitude and then loop in the air, turning upside down, right itself, head back toward the lake barely missing the surface, and then head skyward again.  Other witnesses, like Roger Lyons, Buzz, and Kathy Belcher watched from their docks and confirmed the many “dive bombs.” On one fateful pass, Jim Dandar did not hear the engine rev as it came closer to the lake.  “That caused me to look up.”  It was at this point the plane cartwheeled and plunged into the water with a violent splash. 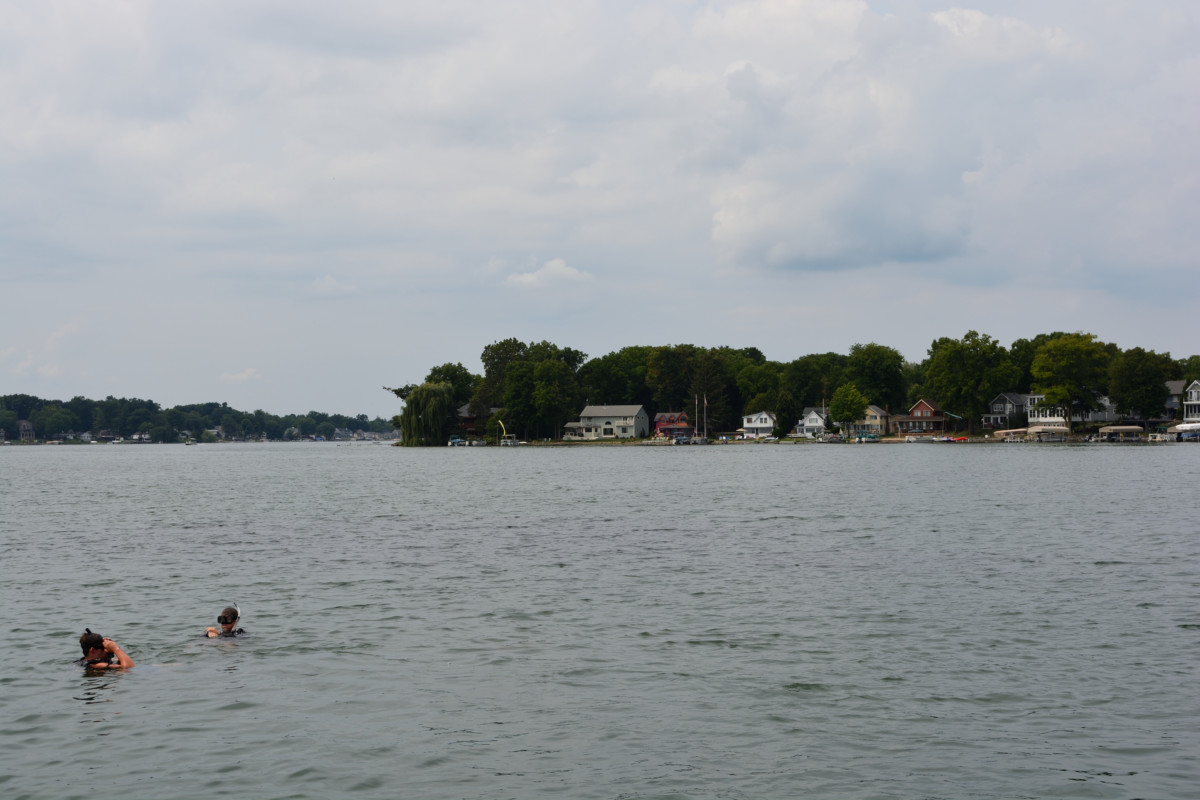 Help came to the scene quickly.  Butch Fish was on the way to the scene “the water was about 7 feet deep, but the plane rested very close to the drop off.”  Roger Lyons, Jim Dandar, Buzz and Kathy Belcher hopped into Roger’s Magnum Skier and sped to the scene.  Once they arrived, Jim Dandar, a firefighter from Toledo, dove to the cockpit.  “On my first dive, I couldn’t free him.”  He returned to the surface and got help from Butch.  Butch remembers “I released the harness and pulled him through where the windshield had been.”  The victim was brought to the surface, those present–Butch, Jim, Buzz and Kathy Belcher–positioned him in Roger’s boat.

It quickly became apparent that Harry Faling had not survived.  According to Jim Dandar, a doctor’s cursory examination at the scene confirmed it. The boat met emergency crews on a dock near Pleasant View.  Adding to the horror of the incident, Harry’s son, Larry, ran out on the dock as the boat arrived.

Wreckage was everywhere.  The fuselage was pulled out a couple days later. “The recovery crew positioned an inflatable under the plane, floated it to the surface, and towed it to Consumers where it was put on a trailer.  But left underwater were hundreds of parts between Kentucky Point and Pleasant View.  Bill Tuttle watched his neighbor, John Koplin, who lives nearby, snorkel the area over a period of weeks and fish out remnants.  Bill says John decided to create an underwater monument.  It consisted of one of the wheel housings from the plane.  He poured concrete into a mold and inscribed Harry Faling’s name with his date of birth and death.  He then placed it precisely at the point of impact.

Today (Tuesday, 8/9), the Clark Lake Spirit Dive Team–Connor and William Stewart–searched for the monument.  They had Bill Tuttle’s help who had triangulated the site so it could be found again. The bleach bottle, left behind to mark the location, had remained in place.  So with air tanks fully charged, the two went to work.

Through Connor and William’s effort to clear the weeds and muck, you can now see part of the monument–the airplane wheel housing.  Scrubbing the cement monument will require another dive and a wire brush. 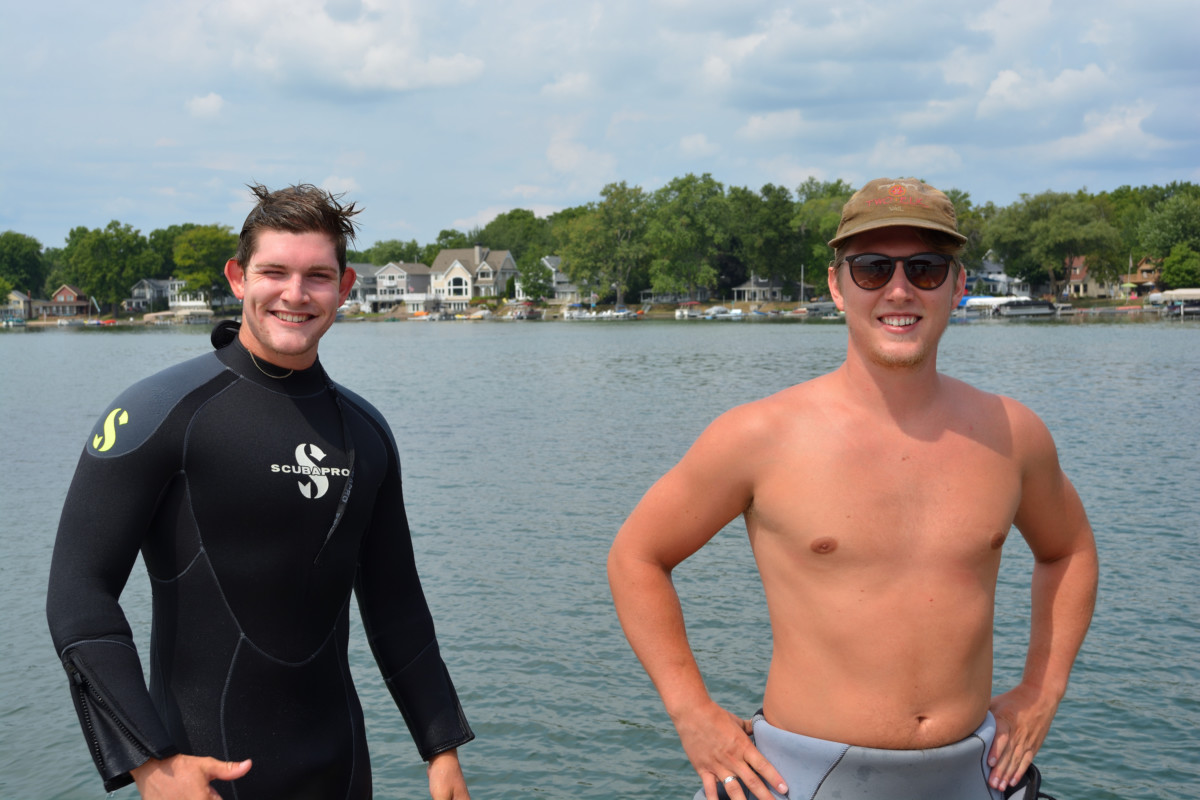 Brothers Will and Connor Stewart

Today’s dive took place around noon and under bright, sunny skies.  Divers have a special technique when they enter the water which seems counter intuitive.  Below, you see William’s initial jump into the water. 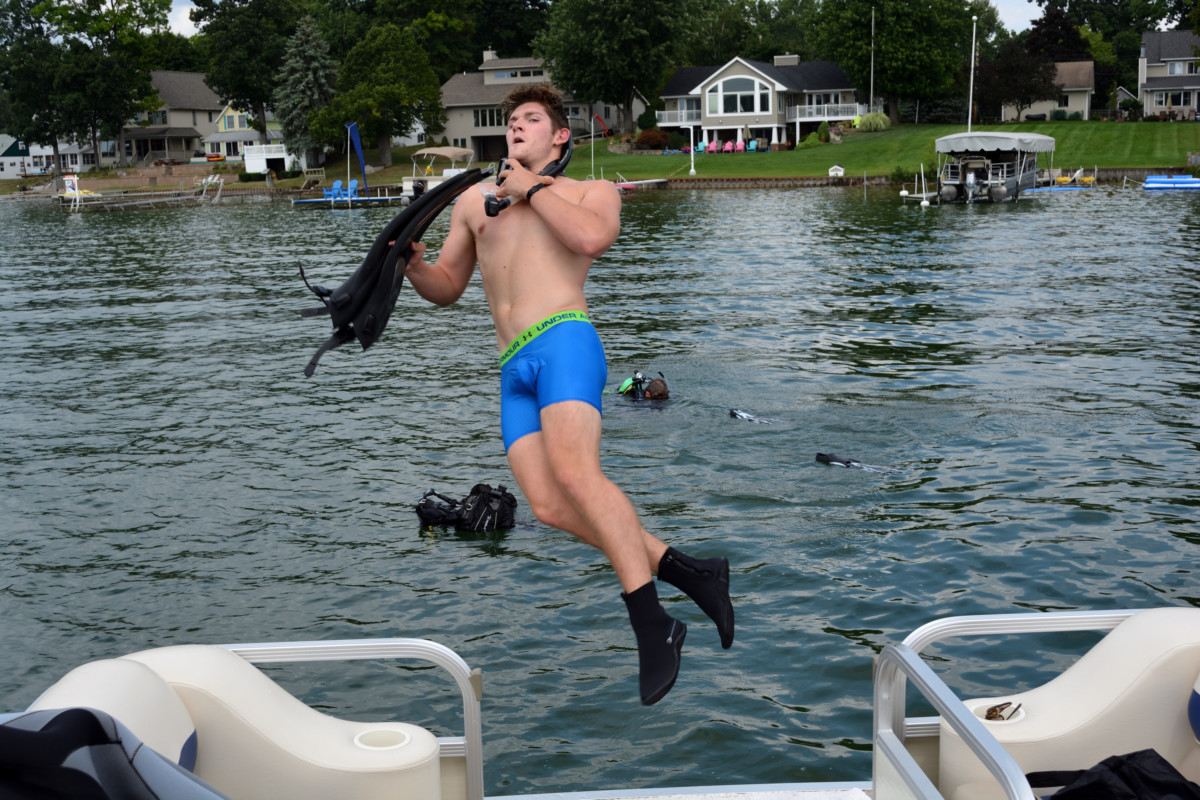 Thanks to Bill Tuttle, Connor and William Stewart, Andrew Lajdziak, and the eyewitnesses who helped with this story–Roger Lyons, Jim Dandar, Buzz and Kathryn Belcher.