Clark Lake’s attack on hybrid Eurasian water milfoil (HEWM) continues.  In lakes where the spread of this invasive species was not checked, it curtailed recreational use, destroyed natural habitat, and hurt property values.  To defend the lake against this threat, a group of local residents formed the Clark Lake Invasive Species Committee.  Ninety-five percent of the lake front property owners contacted by the Committee signed a petition to establish a special assessment district (SAD) to treat the lake.  The Committee recommended to Columbia Township that Professional Lake Management (PLM) be employed for this project. Committee Chairman John Deming remarks “they are very familiar with the challenges in our region and have a terrific track record.”  The Township pays for the program via an annual assessment on lake front property owners which amounted to $64 per parcel in the first year.   Early this summer, for the first time, this treatment program treated HEWM wherever found in the lake. 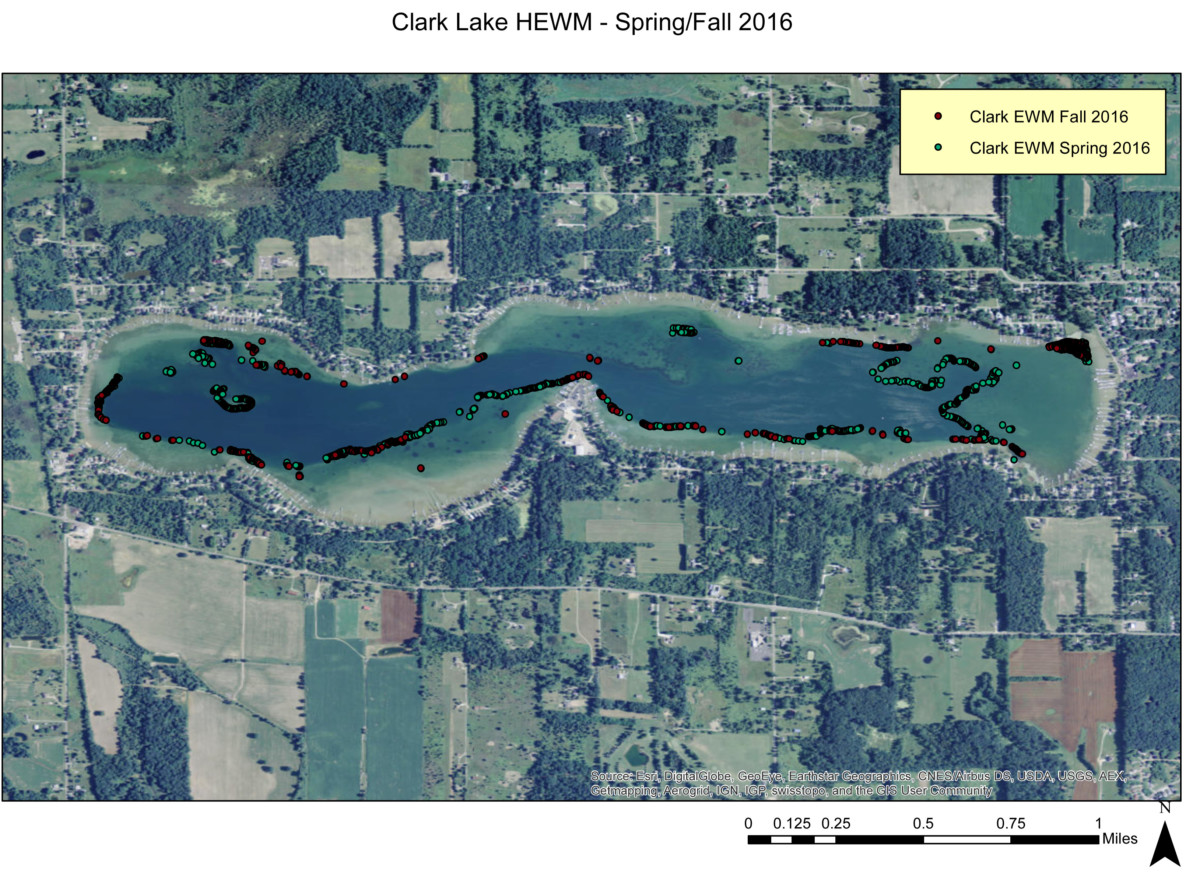 This fall PLM conducted a follow up survey to determine the success of the program.  The amount of HEWM observed in Clark Lake was about 20% less than last year.  John Deming comments “HEWM spreads wildly.  Without the treatment program, we would not be seeing a decrease in HEWM.  Instead, there would be a whole lot more.”  That’s a sign of progress, but PLM’s Steve Hanson comments “although initial results were good, grow back during the late summer months and fall occurred.”

Historically, Eurasian milfoil is quickly knocked out by treatment and may not reappear for a long time. So why was the reduction limited to 20%?  Hybrids, the combination of the Eurasian milfoil and native plants, are not as susceptible to treatment.  Hanson continues “Hybrid milfoil is notorious for its ability to recover from treatment and grow at rates much faster than Eurasian water milfoil.”

Steve Hanson’s evaluation called for using different treatment products, but not leave the decision to guesswork.  PLM took HEWM samples from the lake recently and sent them to a lab for testing–“the HEWM is cultured and exposed to three common active ingredients at a range of concentrations.”  Based on the findings, PLM will develop precision plans for Clark Lake for summer 2017. Any products they use must be certified by permit through the DEQ and EPA.

The lab tests cost $2500.  John Deming thinks “this could save us money.”  He says “by experimenting in the lab, we can be assured we’ll get the most effective treatment available. We won’t be losing the race against time, nor will we be blanketing the lake with less effective treatment product, and wasting our tax dollars.”

Here are survey results for fall 2016.  The key metric is on line #1 Eurasian water milfoil, far right column.  A smaller number is better.  The comparative chart for 2015 is found below the 2016 chart. 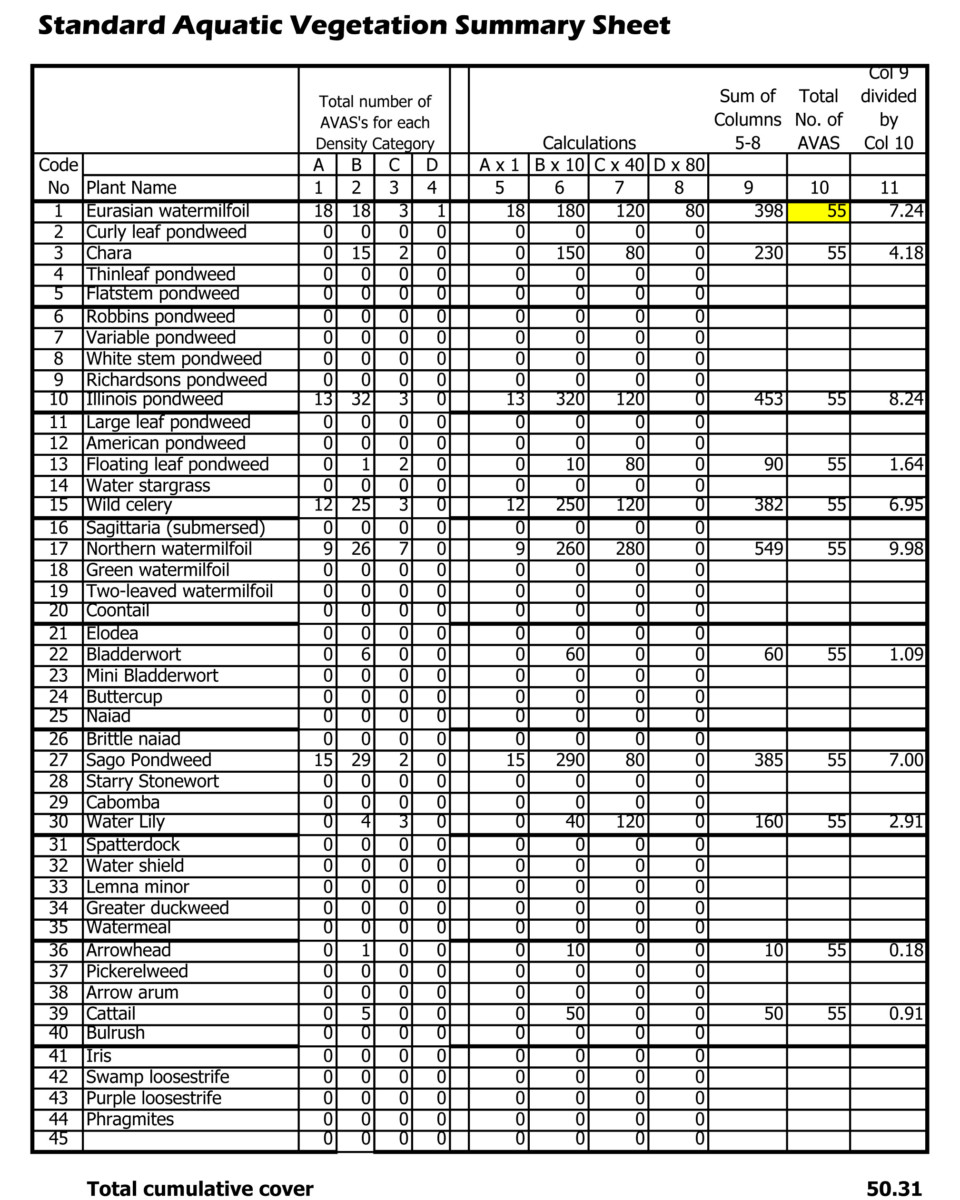 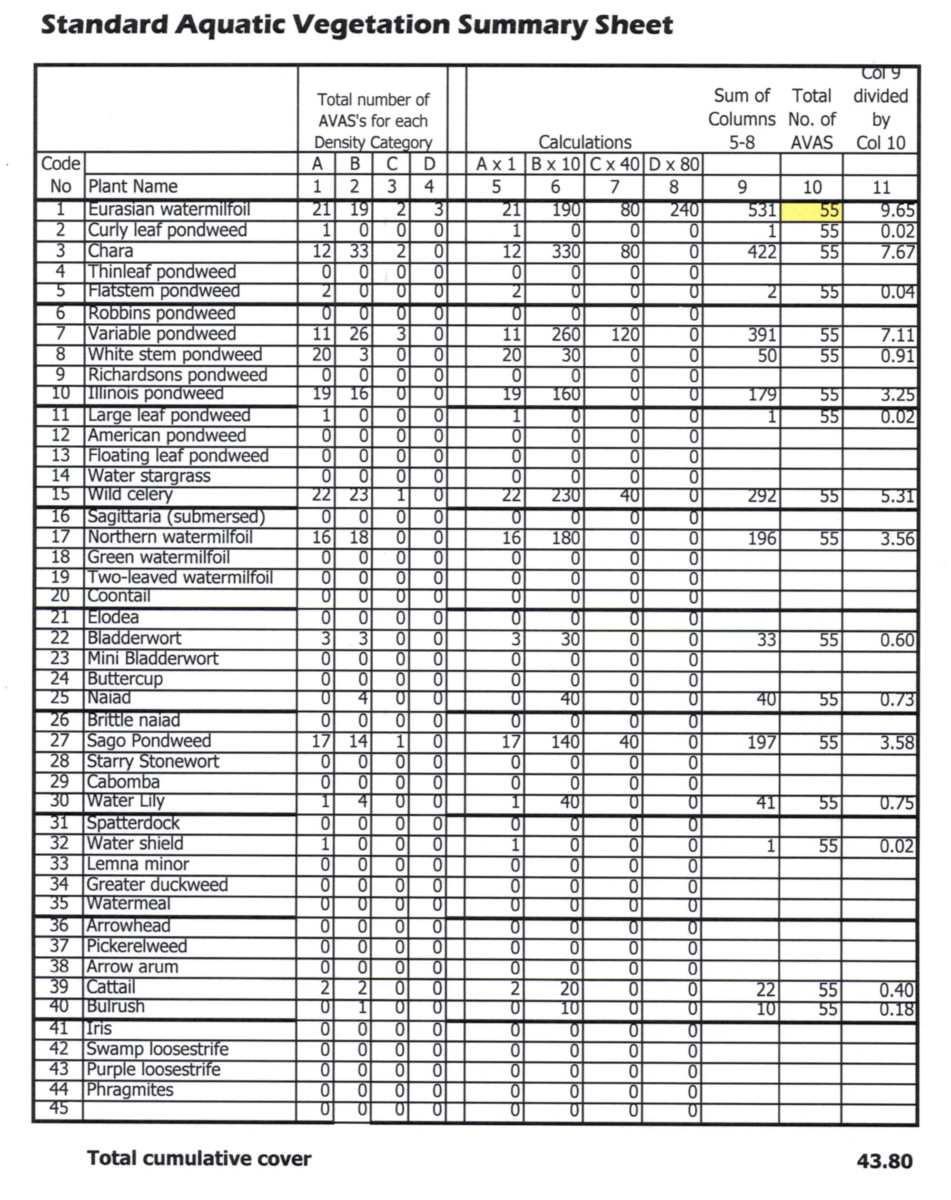