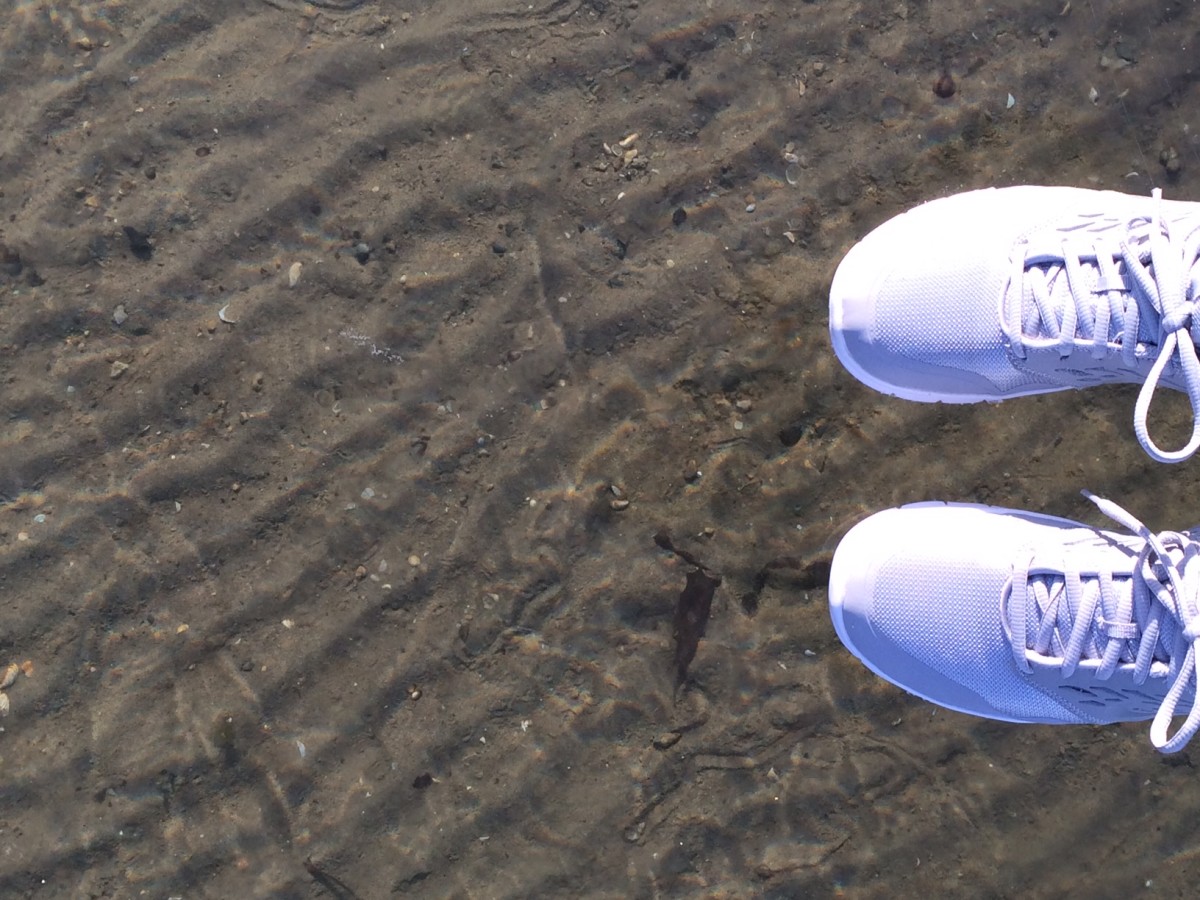 It took longer than most  years, but ice finally seals the surface of Clark Lake.  The lake froze over Monday night into Tuesday.  The ice at the west end of the lake is clear and smooth.  A glance of the DamCam shows that it didn’t freeze like a mirror at the east end, at least within the area that the camera sees.

Yesterday, no one was seen venturing out on the thin ice.  Today (Wednesday 1/6) was different.  Sally Lyons said she walked out about 50 feet, and her husband, B.J., about 100 feet.  They live in the turtle patch area where it is shallow, so the risks of going thru ice that is only one or two inches thick is not as great.

Along the way, Sally took photos so all can see.  First a video where Sally put her throwing arm into action causing a piece of ice to fly like a puck in a Red Wings game.

And what’s under the ice?  Andrew Lajdziak found a muskrat out for a swim!

Scroll down for more of Sally’s Clark Lake review of the last couple days, including Tuesday’s sunrise at Eagle Point. 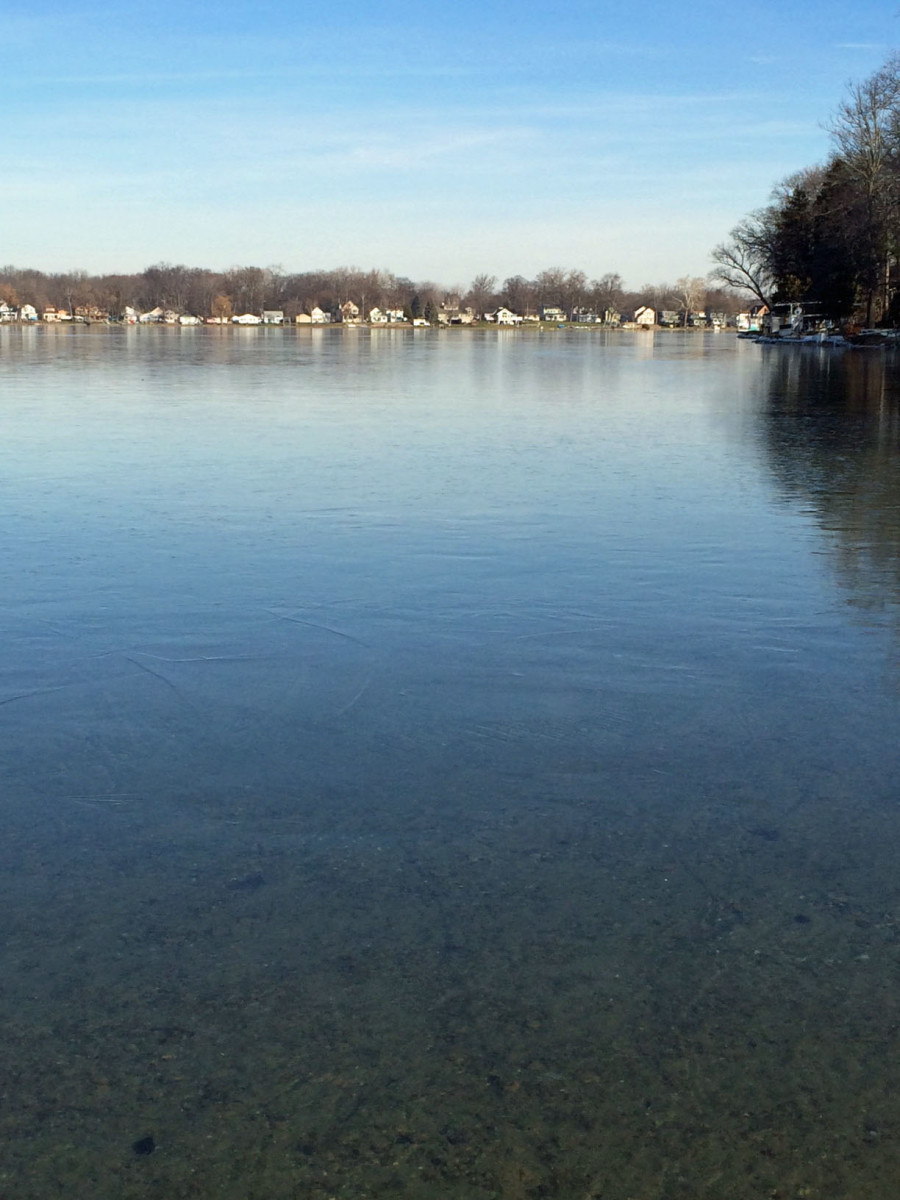 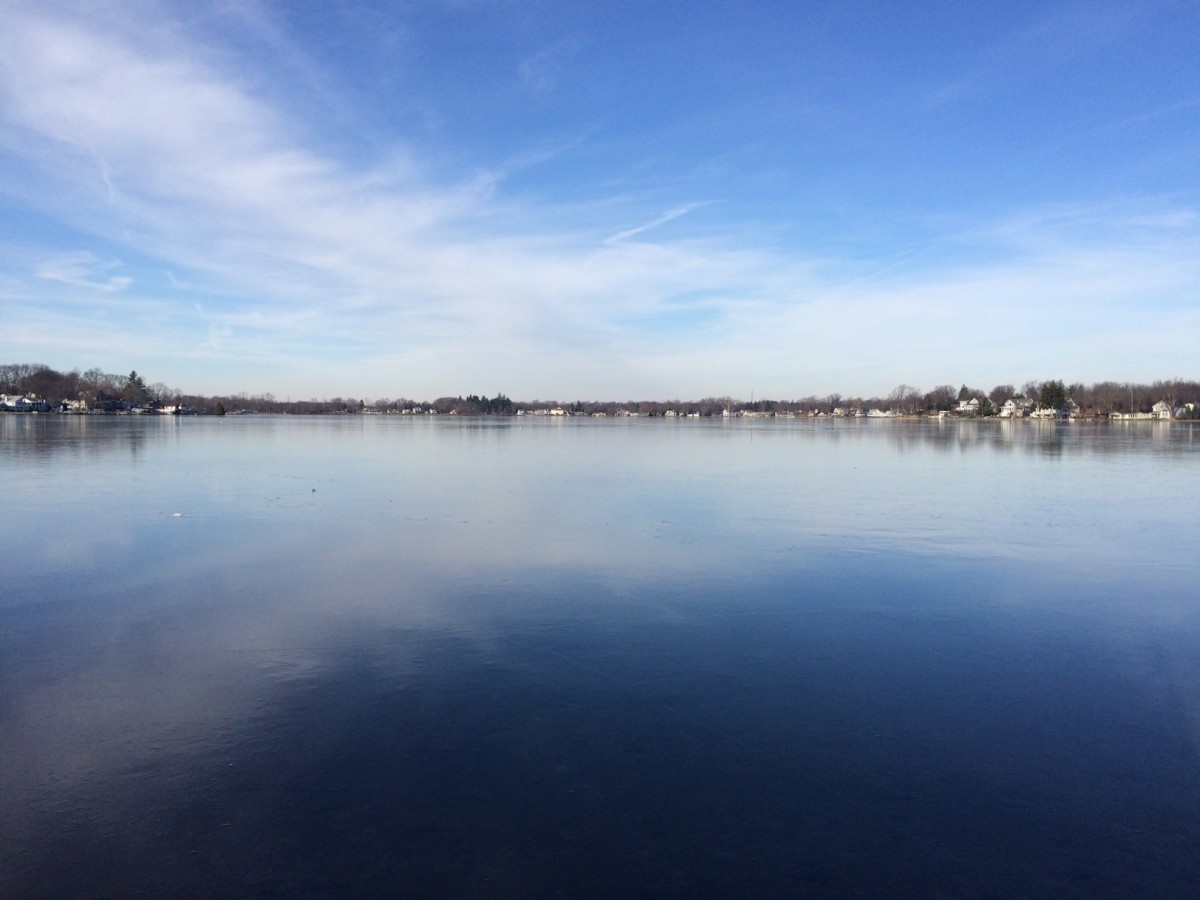 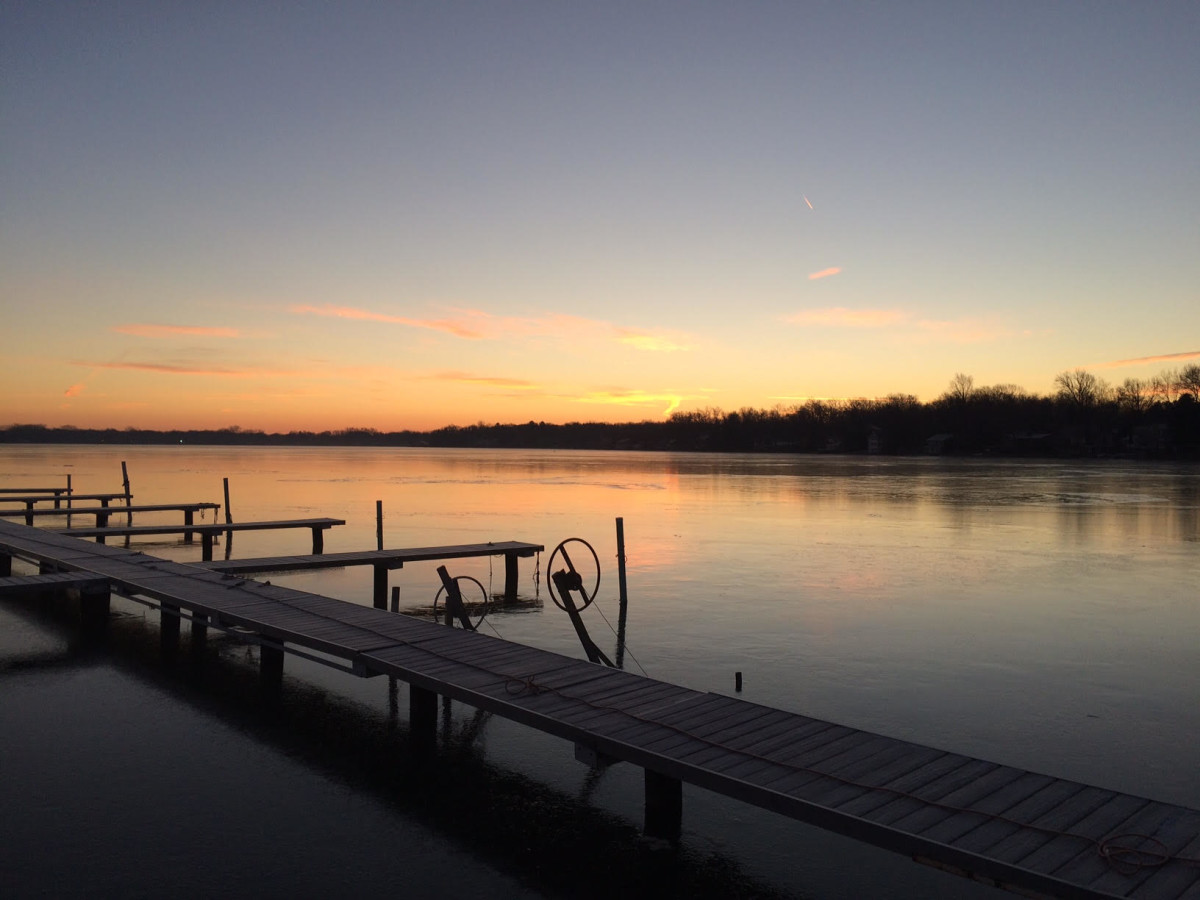 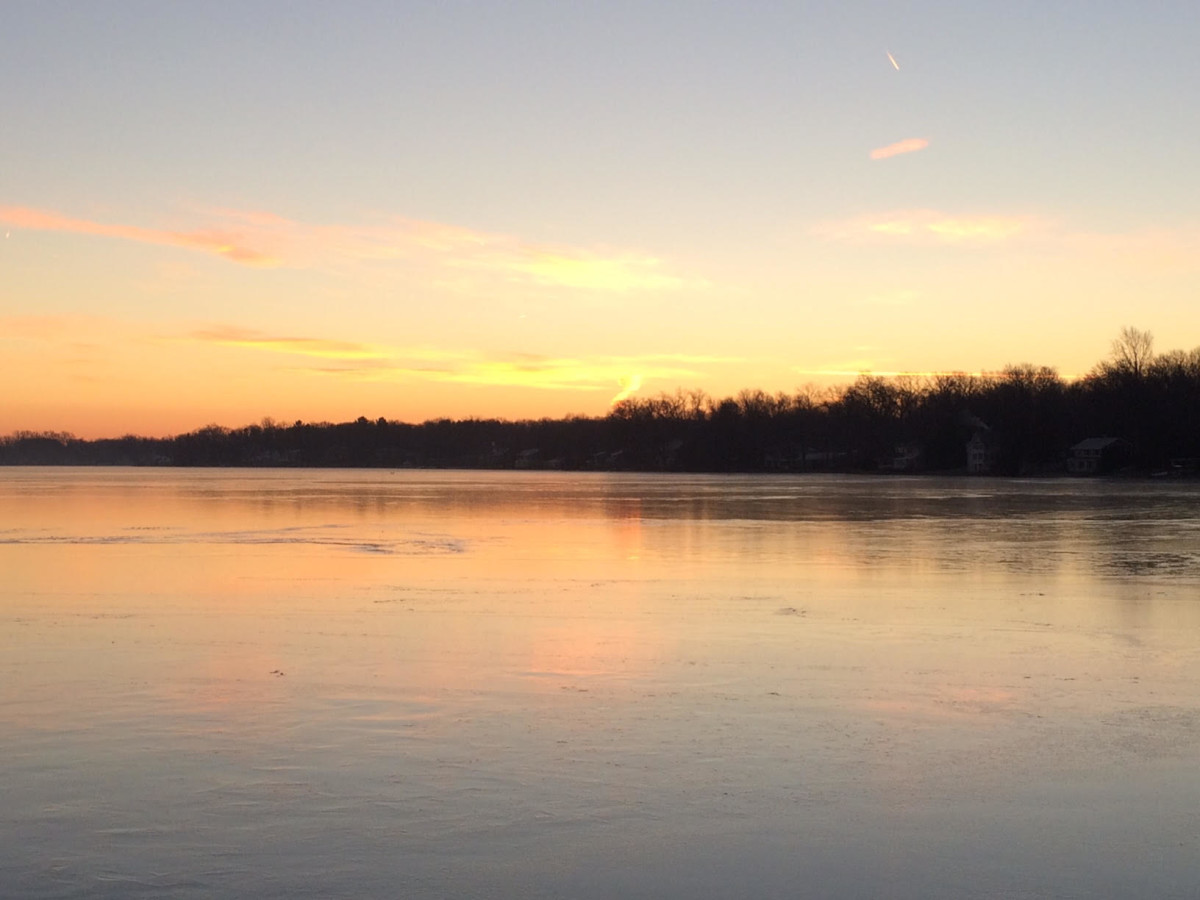