The day started soggy, then cleared followed by gusty winds.  That was enough to lure a Hobie onto the lake.  And true to form, the Hobie literally flew from one side of the lake to the other. 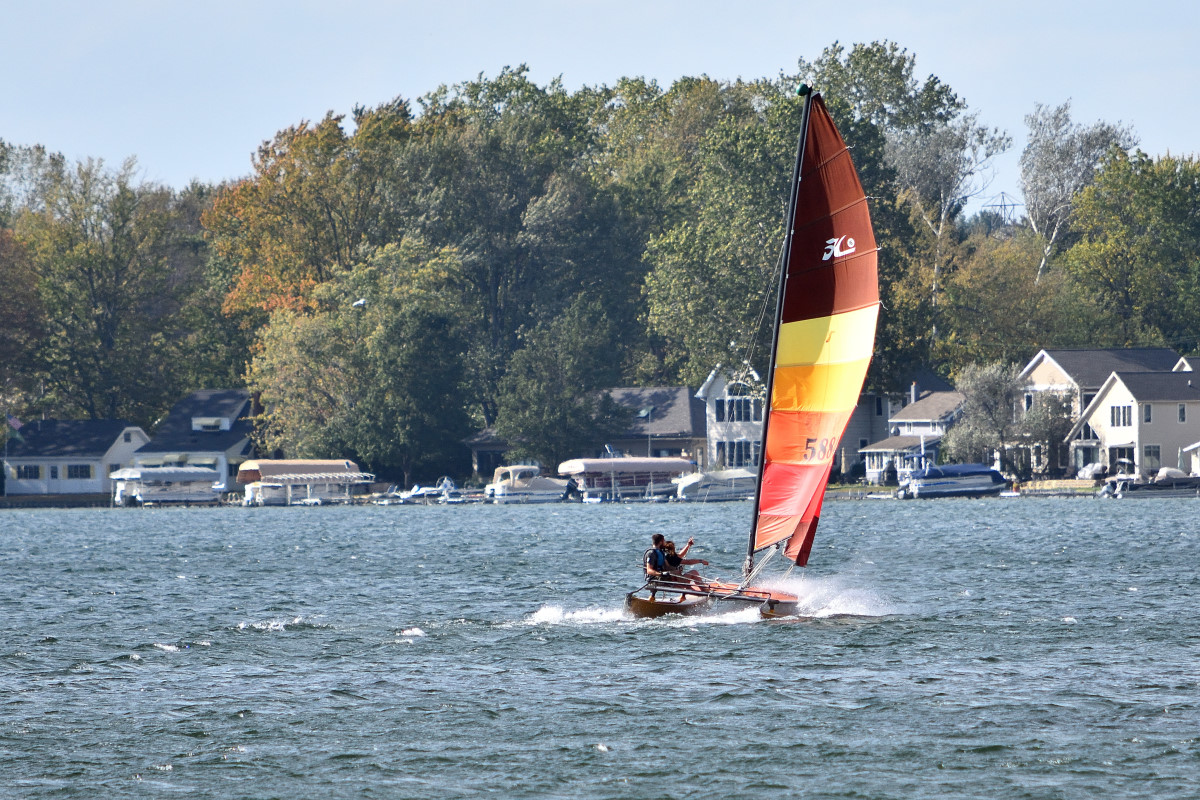 But then another Hobie trait revealed itself.  A big, unexpected, gust pushed the boat past its limits. 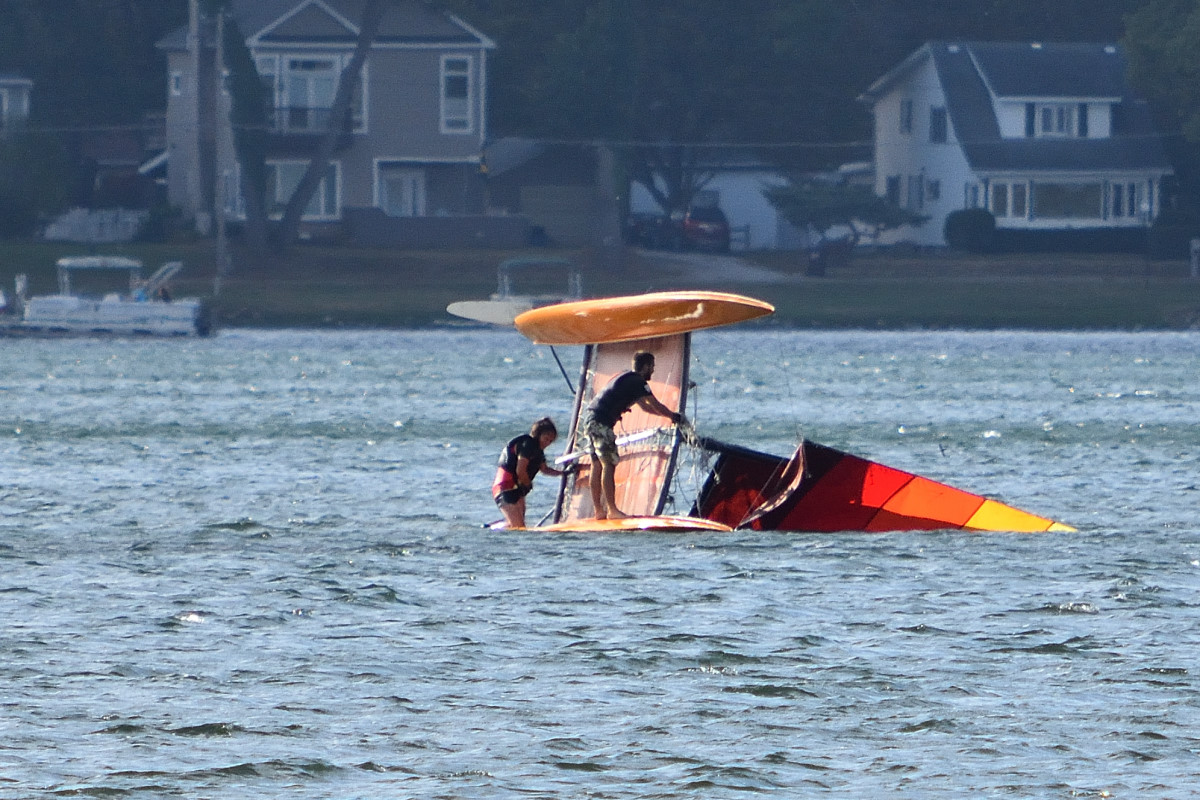 It was a struggle to upright the boat.  Help was offered by a nearby raft.  In the end, the sailing was good again. 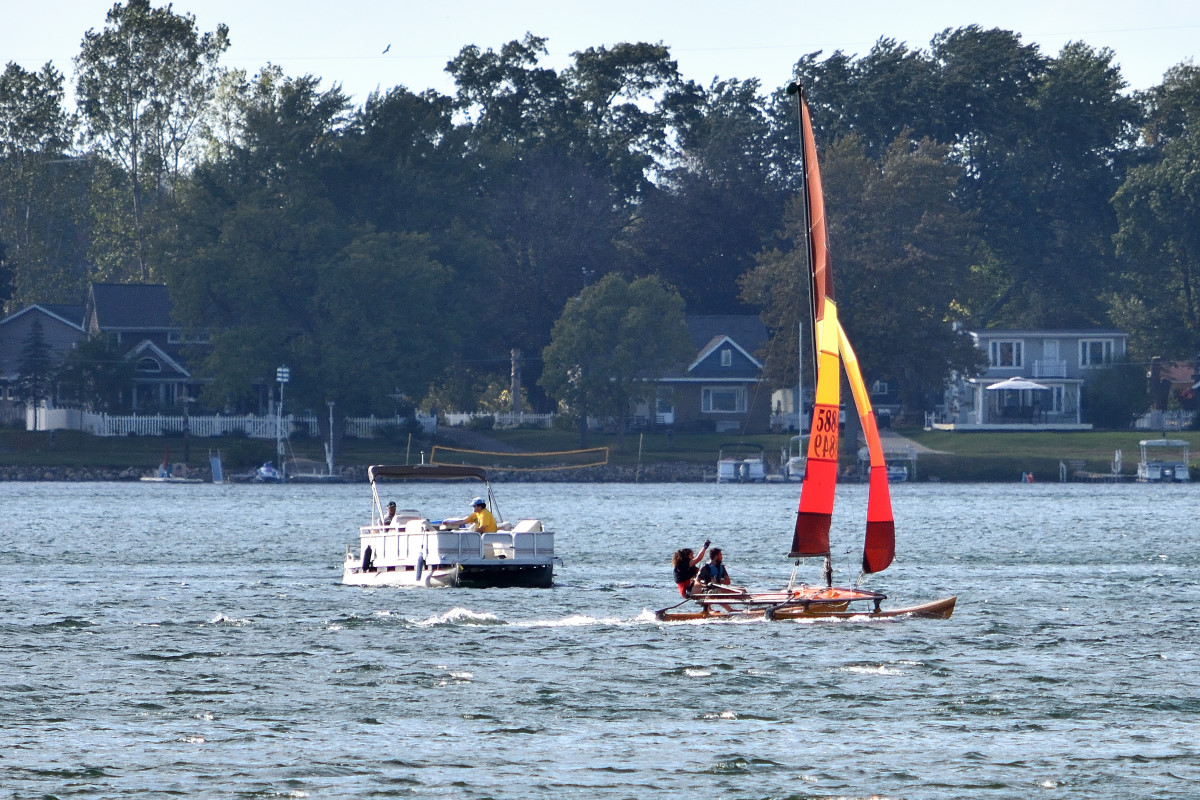 Not many took advantage of the warm weather.  A select few, did. 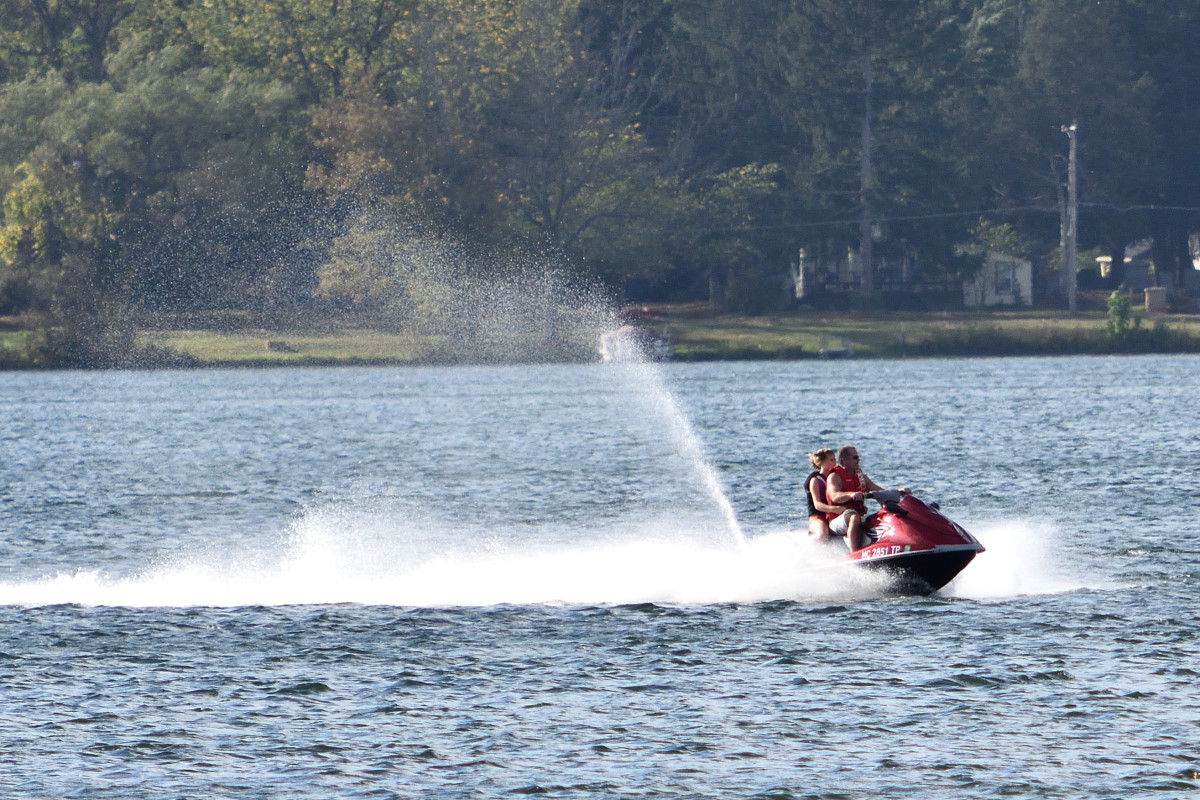 As the sun worked its way over the western horizon, there were a few minutes remaining for a slalom. 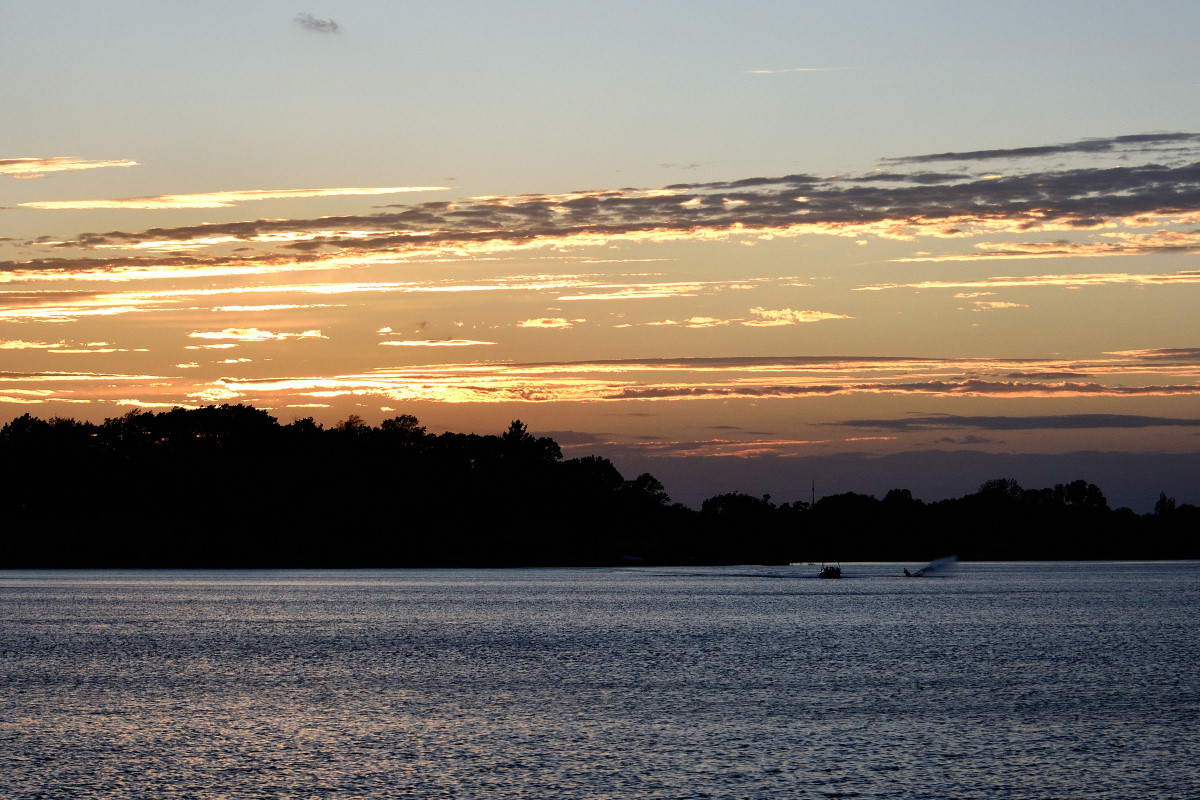 With the help of the DamCam, those on the west end of the lake could track the sunset from the east end simultaneously. 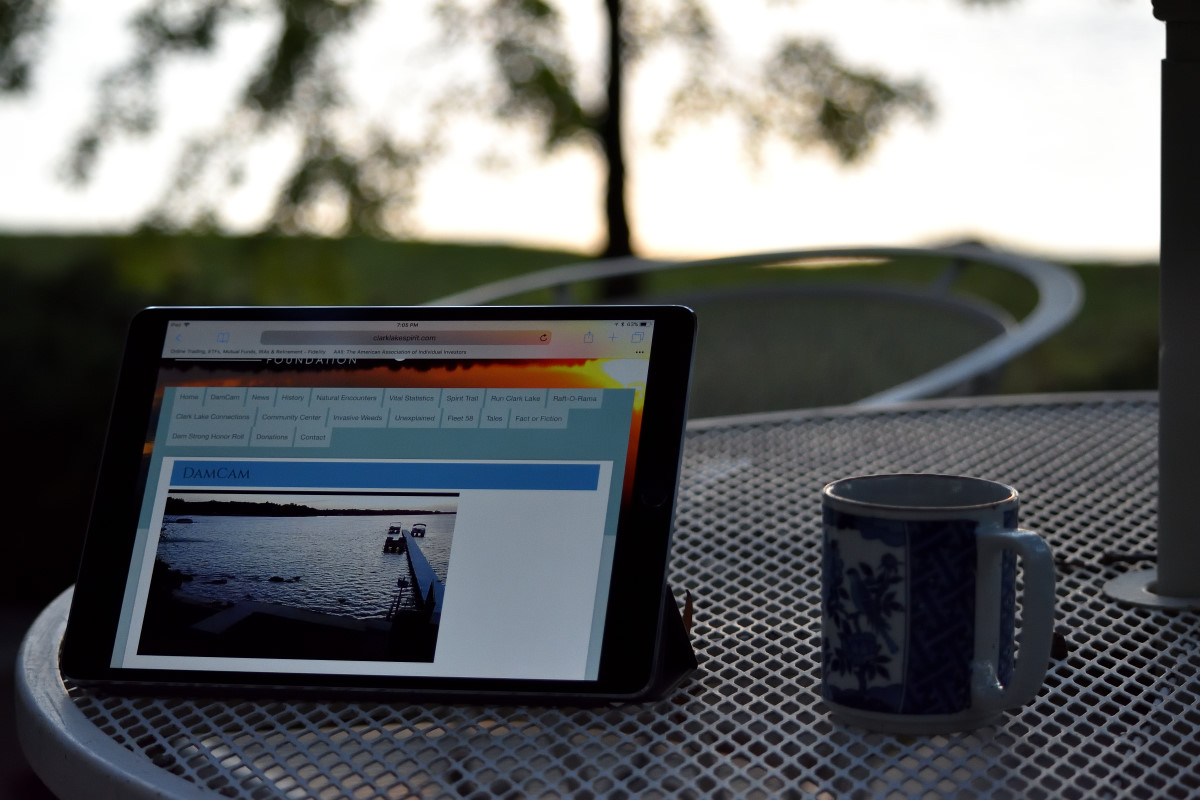