Fourth of July Will Happen

Yes, Independence Day will happen at Clark Lake.  So many events have been cancelled this summer, but these two traditional activities will take place on July 4th.

The first one starts early—the Boat Count.  Terry Scott and his crew will be on the lake at 6 am to take the annual census.  Why is July 4th the date each year?  The theory goes back in time. Bowser Eagy conducted the first boat count in 1959, and Bill Tuttle picked it up in 1987.  “If a boat is going to be in the lake, it will be in the water by July 4th.”  So, if you want your boat to be counted, be sure that it is moored by then.  Here is the crew last year as they counted watercraft like boats, rafts, kayaks, canoes, and sailboats.

As the Boat Count starts the day, Menard’s fireworks bring it to an exciting close. Evelyn Menard, now in her 96th year, continues to direct the event.  In anticipation, she has been assembling the family stockpile of pyrotechnics with the help of her family.  According to her son, John, she looks for the biggest bang for the buck.  The photo below is from last year. 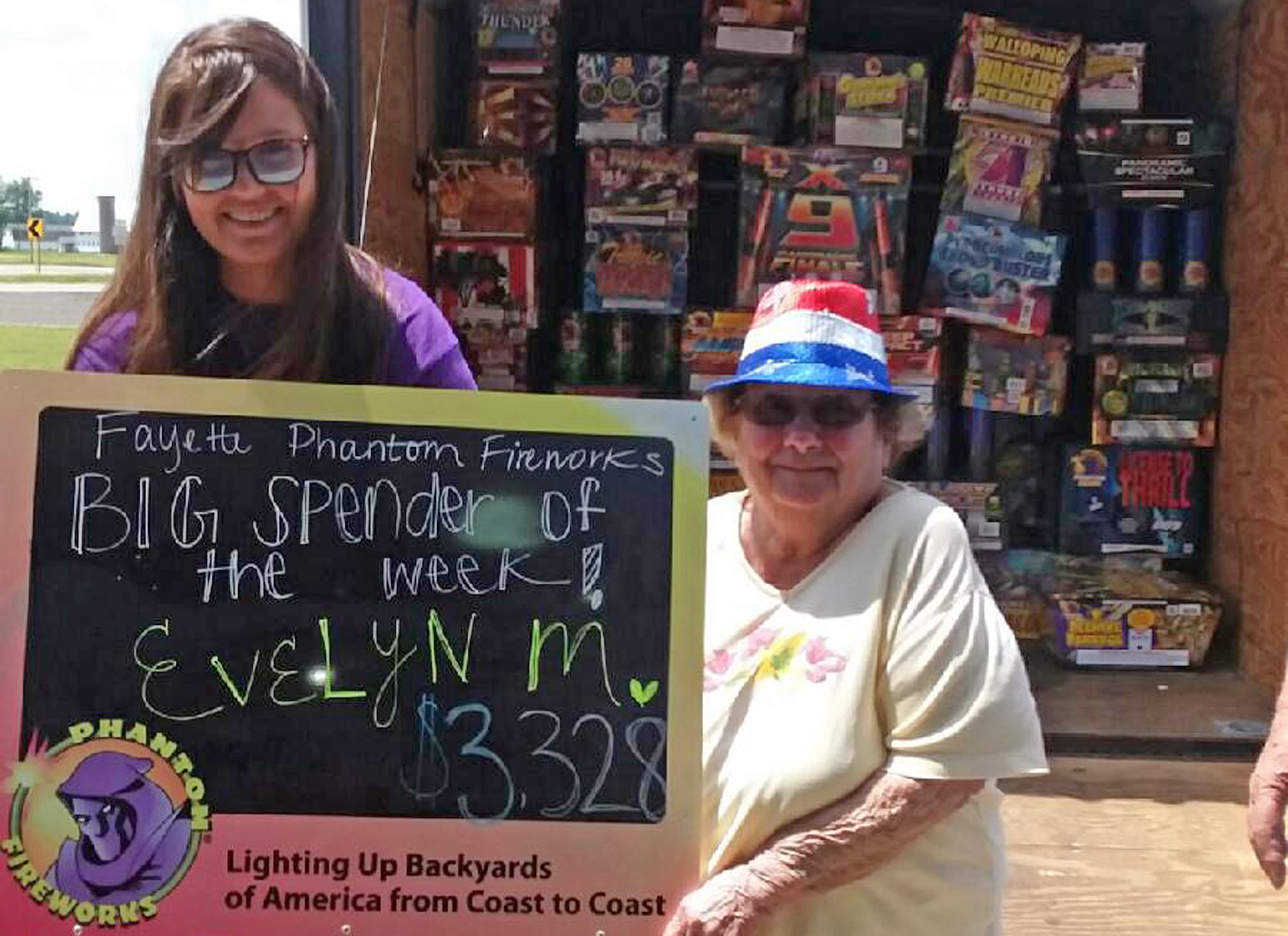 About the display, Evelyn says “Fourth of July is my favorite” and she adds at “a place I love, Clark Lake.” The whole family takes on roles to put the show together from their dock at the east end of the lake. Reveille and the National Anthem signal the beginning of the show.  The Menard cottage is located on Ocean Beach Road, south of the Beach Bar.  The fireworks are launched from their dock.  For best viewing, you will want to be at the east end of the lake.

Now, take a minute to review Independence Day 2019.  It includes Clark Lake’s rendition of the Pledge of Allegiance.  As you view a portion of Menard’s fireworks, you’ll hear the Columbia Central Band play an excerpt of the National Anthem that was performed at the Memorial Day parade last year.

Freedom Fireworks will light up the lake a week later on Saturday, July 11th.  To learn more about that, please click here.