Competitive fishing is common in Michigan, and tournaments roam the lakes in our state.  An anticipated 15 boats will arrive for a tournament at Clark Lake tonight from 6 to 9:30 pm.

Boats launched here that recently have been in another lake can pose a threat.  They can deliver an invasive species picked up previously at an infected location.  It’s likely that Clark Lake’s battle with hybrid Eurasian water milfoil (HEWM) started this way.  Weeds can be transported by trailers and find their way into the lake at the launch site.  Some boats have live wells where bait such as minnows are stored.  Pieces of weeds from an infected location can contaminate that water.  If it goes into the lake, a new weed war cycle begins.

Clark Lake’s HEWM fight began after DNA testing determined its presence in 2014.  The community rose to the threat, establishing the Clark Lake Invasive Species Committee.  Through petitions, lakefront property owners urged Columbia Township to form a special assessment district.  Today, lakefront property owners fund the weed war through their property taxes.  John Deming chaired the invasive species committee.  He comments “the State recently  imposed new regulations on all boaters to monitor their transportation of weeds from one body of water to another. It’s against the law to bring an invasive species into a lake.”  Earlier today, PLM treated Clark Lake for HEWM.  “Over $70,000 of lakefront property owners’ taxes was spent this season to kill off Clark Lake’s HEWM.”  Once eliminated from the lake, can it return? “Yes, it can be reintroduced if boaters don’t follow the law.”  The committee found that one invasive plant can produce up to a million of its kind. 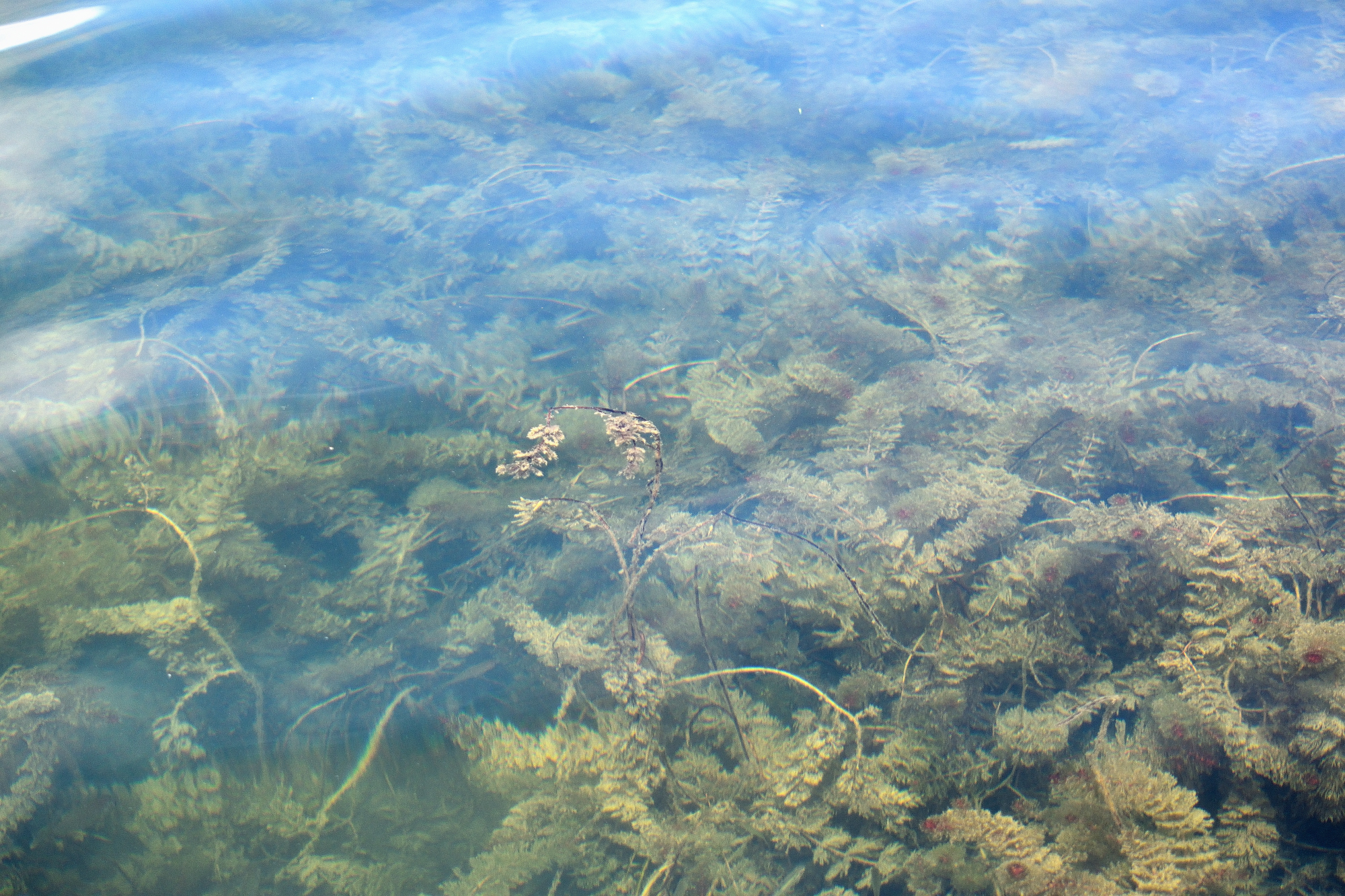 Lakes that did not thwart this invader found that it curtailed recreational boating and fishing, was detrimental to the ecology, and reduced property values.