Just before 9 pm this evening (Sunday), a next door neighbor noticed a bright glow from a south window.  Meredith Szostek’s residence was in flames.  Meredith was the only person in the house at the time.  She heard a bang coming from the kitchen “like something fell.”  At that point she became aware of the flames and crawled out the front door onto her deck.  Kyle Main, the neighbor to the north, was able to help her.  Although the rescue squad joined the multiple fire vehicles, their help was unneeded.  Meredith was cared for at the McCarthy’s and by various neighbors who offered practical help and their moral support.

An investigation will follow.  Although there is no official cause at this point, the fire may have started in the area of the kitchen.  The furnace and hot water heater are located nearby.

Meredith Szostek’s house is located at 760 Lakeview West.  To the south side is the Pearse cottage at 756 Lakeview West, also known as the Tamiami Lodge.  They were not there at the time.  As you will see in the photos, their place was also damaged, but not as severely as Meredith’s home.

Location of house on Google Maps: 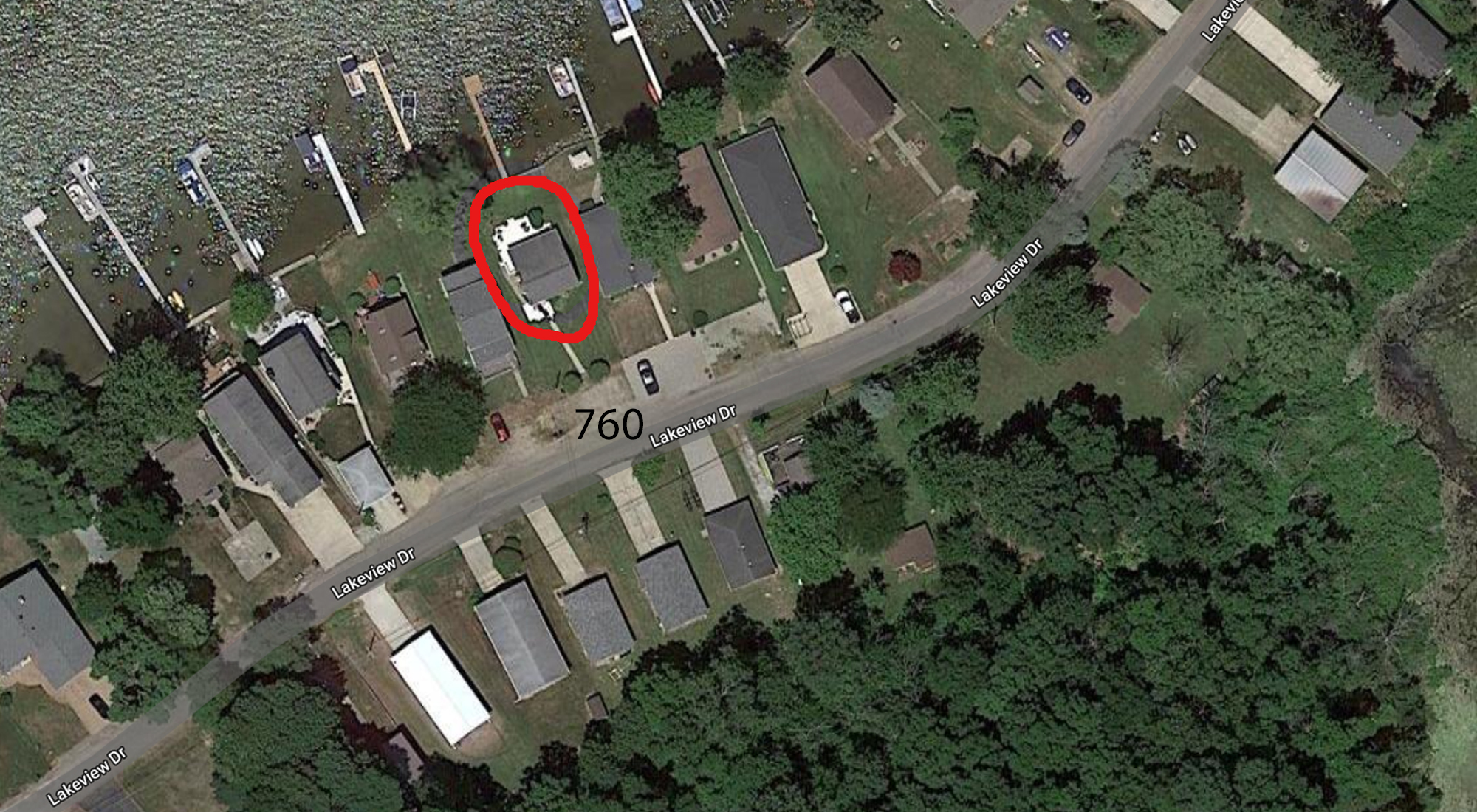