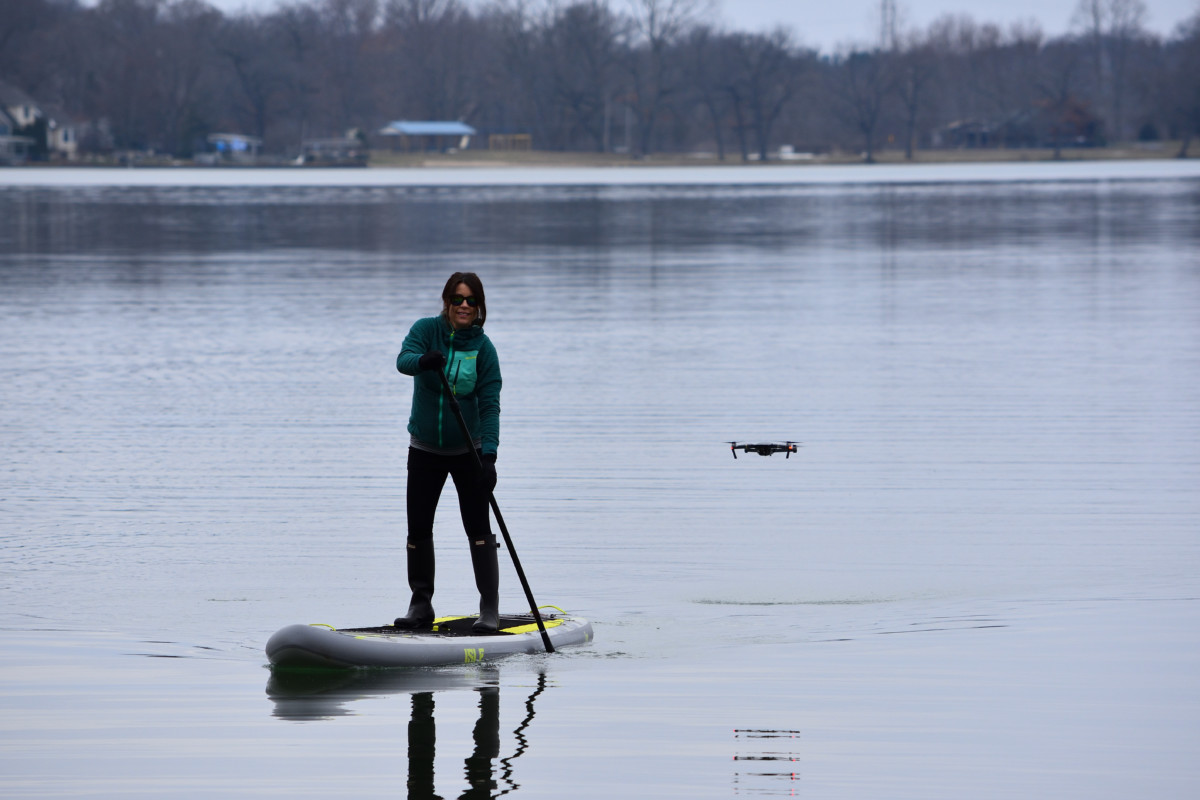 Tournament basketball generated the fighting spirit inside, but outside it was a an entirely different story.  The lake was quiet–super quiet.  It was hard to believe this was the same lake that was recently buffeted by 60 mph winds.  The peaceful setting was enough to encourage Sally Lyons to take her paddleboard for spin.  Except for a passing fishing boat, she had the lake to herself, or so she thought.  Turns out the paparazzi had a different idea.  First Sally’s cousin photographed the moment from shore.  Then a drone, operated by her husband, BJ, circled overhead to record the moment.  But, as always, Sally was a good sport and waved just as the star of Victoria might.