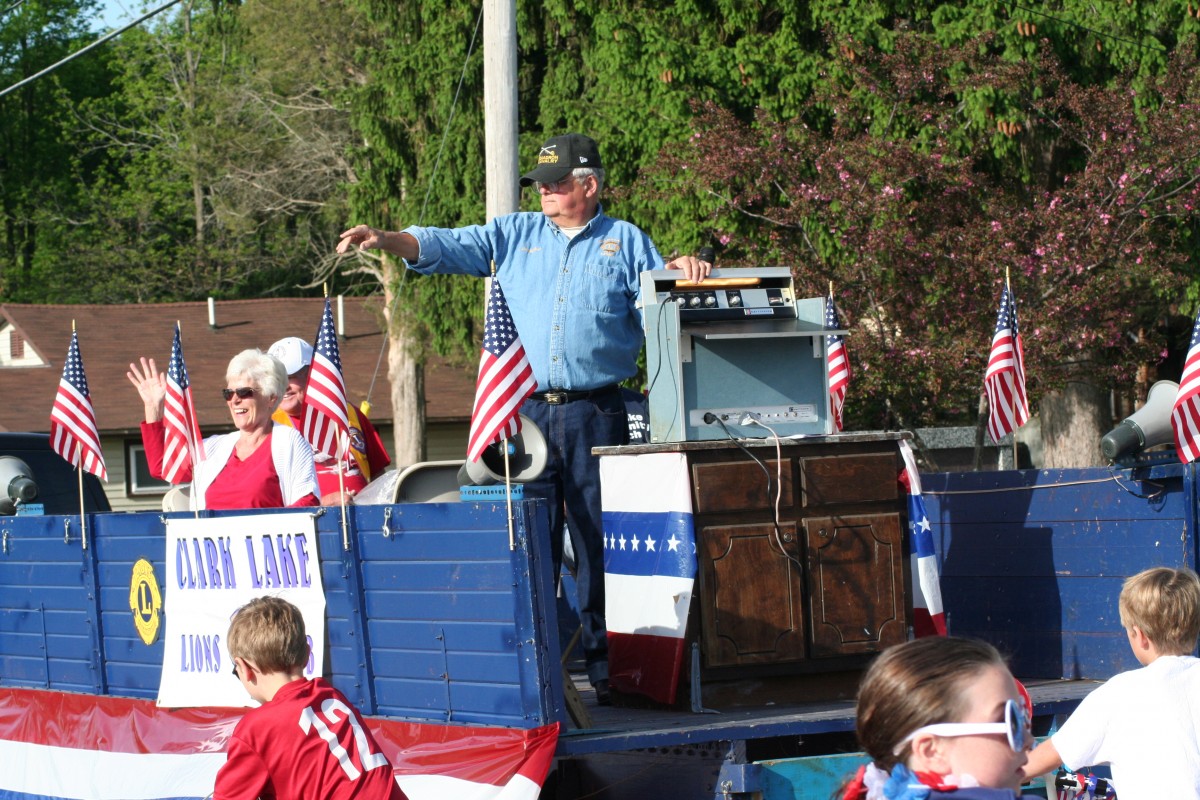 Clark Lake remembered fallen heroes today in the traditional Memorial Day Parade held at the head-of-the-lake.  Clark Lakers gathered for the 8:30 am march along Hyde Road.  The parade included the Columbia Central High School Marching Band, Clark Lake Lions Club, Napoleon Community Band, some really cool classic cars, a horse or two, and of course, the kids who had decorated their bikes in the spirit of the event.

Once the parade made its way to the Township Park and back, it paused at the cemetery.  At that point, taps was played as a salute to those who served.  One trumpet played at the front of the cemetery and a second, echoed the refrain at the rear.  From there the parade and spectators moved to the Clark Lake Community Church where speakers continued the salute to those who fought and continue their service today in the military.  The Columbia Central High School Marching Band played the National Anthem.

Below you’ll find photos from today’s gathering, starting with the Columbia Central Band. 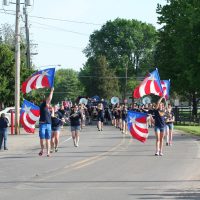 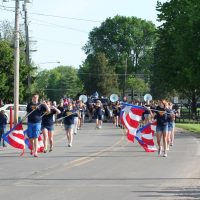 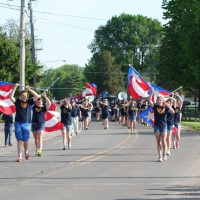 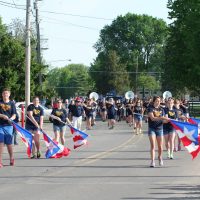 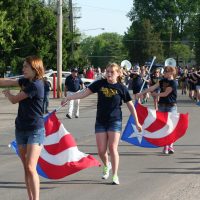 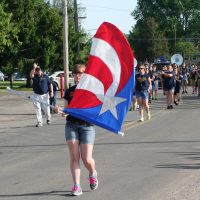 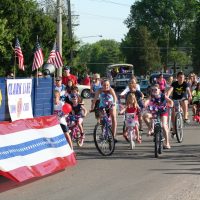 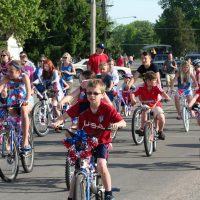 The kids decorated for the day 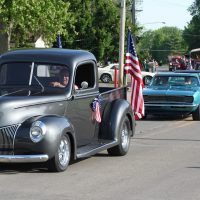 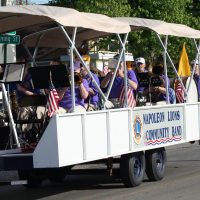 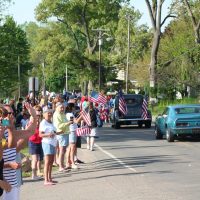 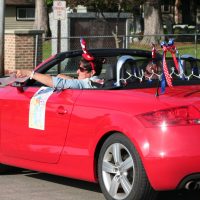 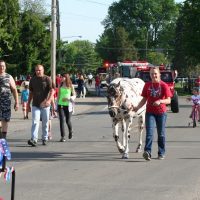 The horse in red, white & blue 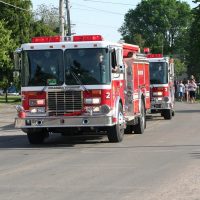 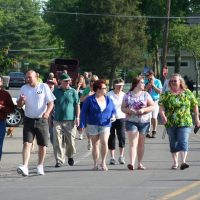 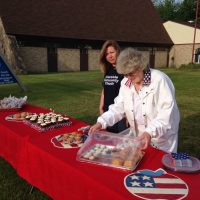 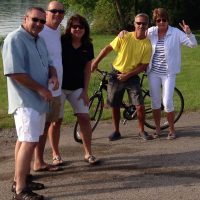 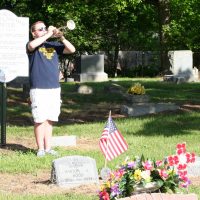