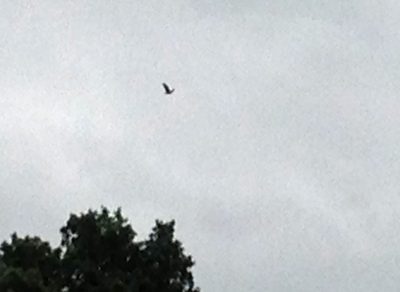 Several people spotted Clark Lake’s eagle  today.  Becky Consonni saw the eagle fly in front of her dock in the Oakwood Avenue area.  Becky indicated that some other birds, sea gulls and turkey vulture, chased it.  From the Oakwood location, the eagle flew across the lake towards the north shore, than changed course and headed towards the area where Eagle Point Road meets Lakeview SW.

Meanwhile, during the same 11:30 am time frame, a group on a raft on the east end of the lake spotted the eagle high above the area of the south shore.

This could be the same eagle that others have seen at the lake over the last couple of months.  Of course, this is not the first eagle to gain attention at Clark Lake.  It’s believed that Eagle Point was so-named because an eagle made its home there.  During the period Rollo Every owned the Eagle Point Hotel, the stuffed eagle (below) became a Clark Lake icon.  At the time Cal Pittman became the Point’s owner, the stuffed eagle also changed hands. 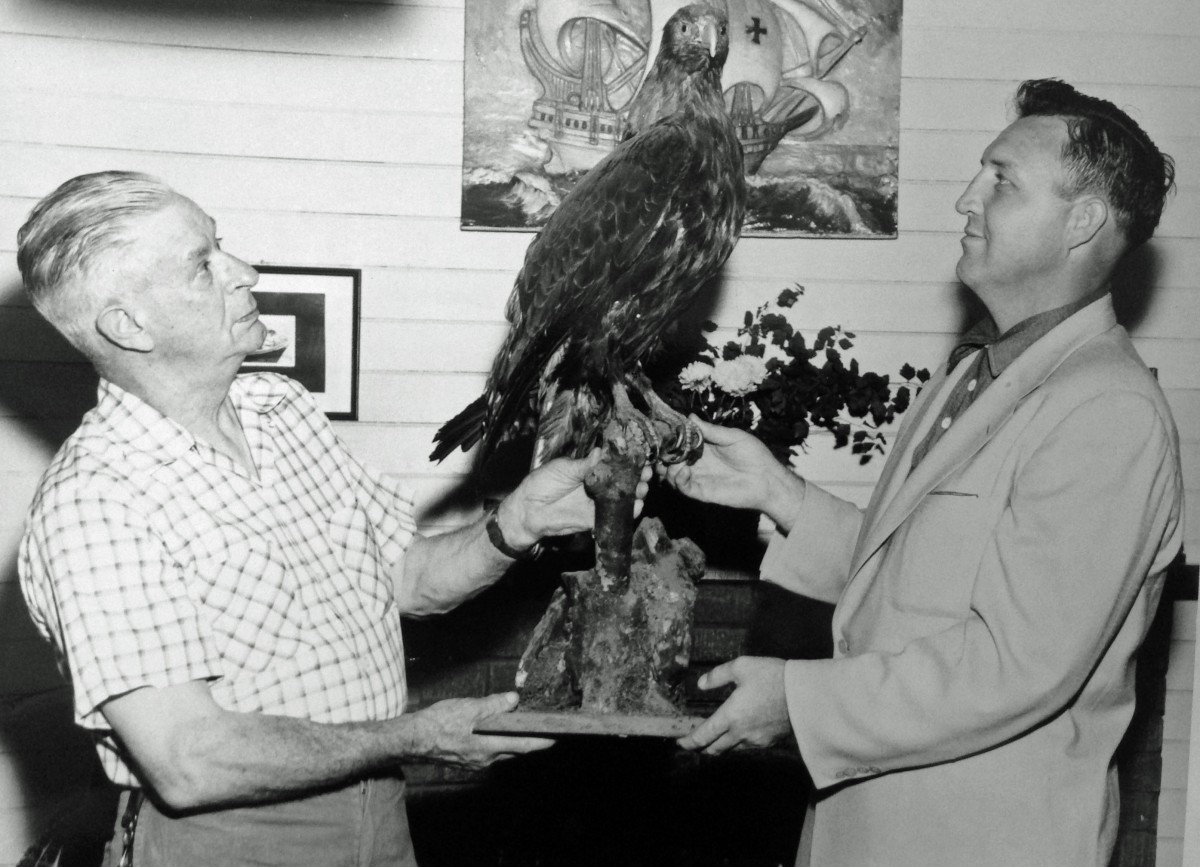