When it comes to the Twelve Days of Christmas, Clark Lake meets only partially of what “my true love gave to me.”

As of yesterday (Saturday), Clark Lake has the swans, doubling the seven specified in the song.  No less than 14 swans were a-swimming around the Township Park. 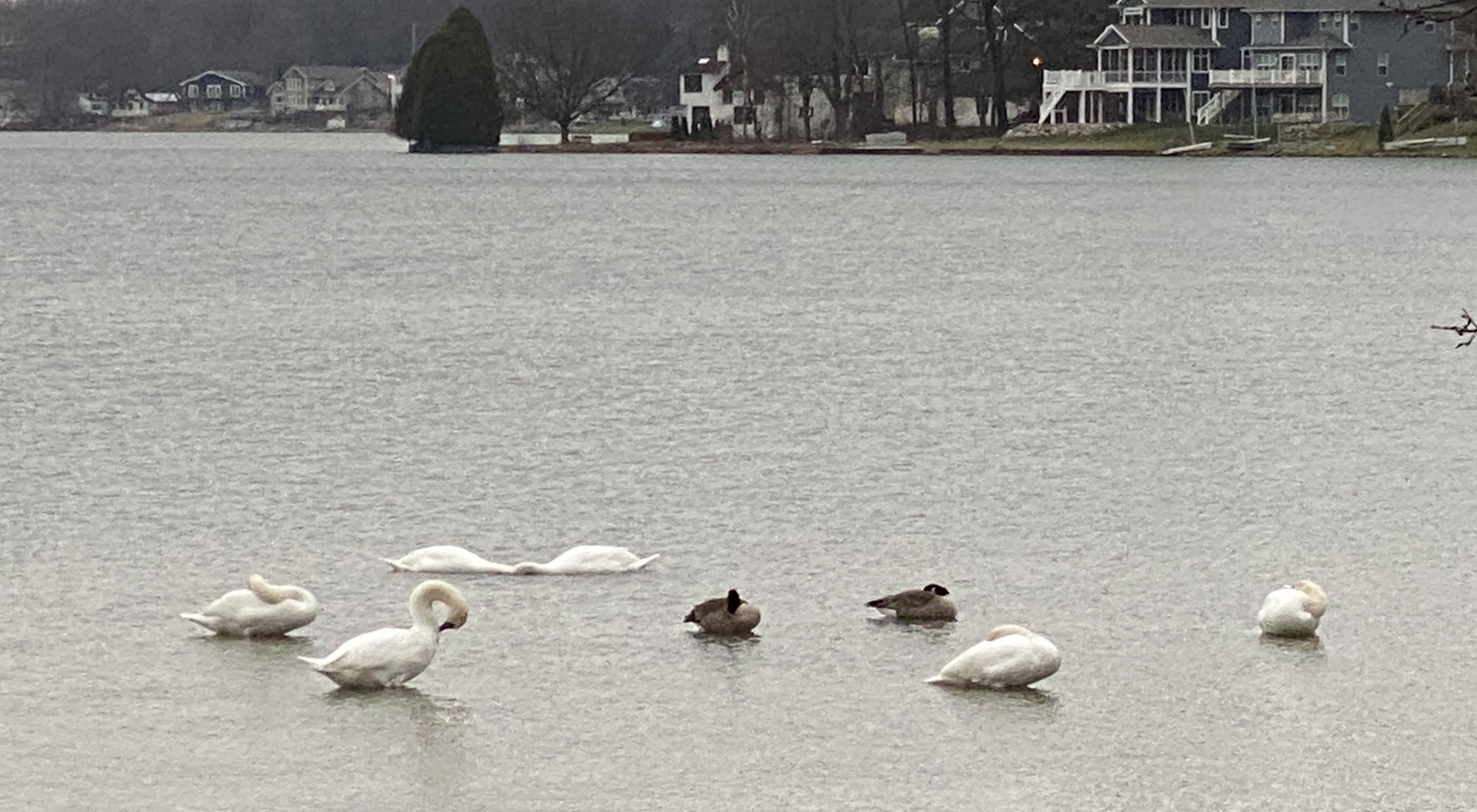 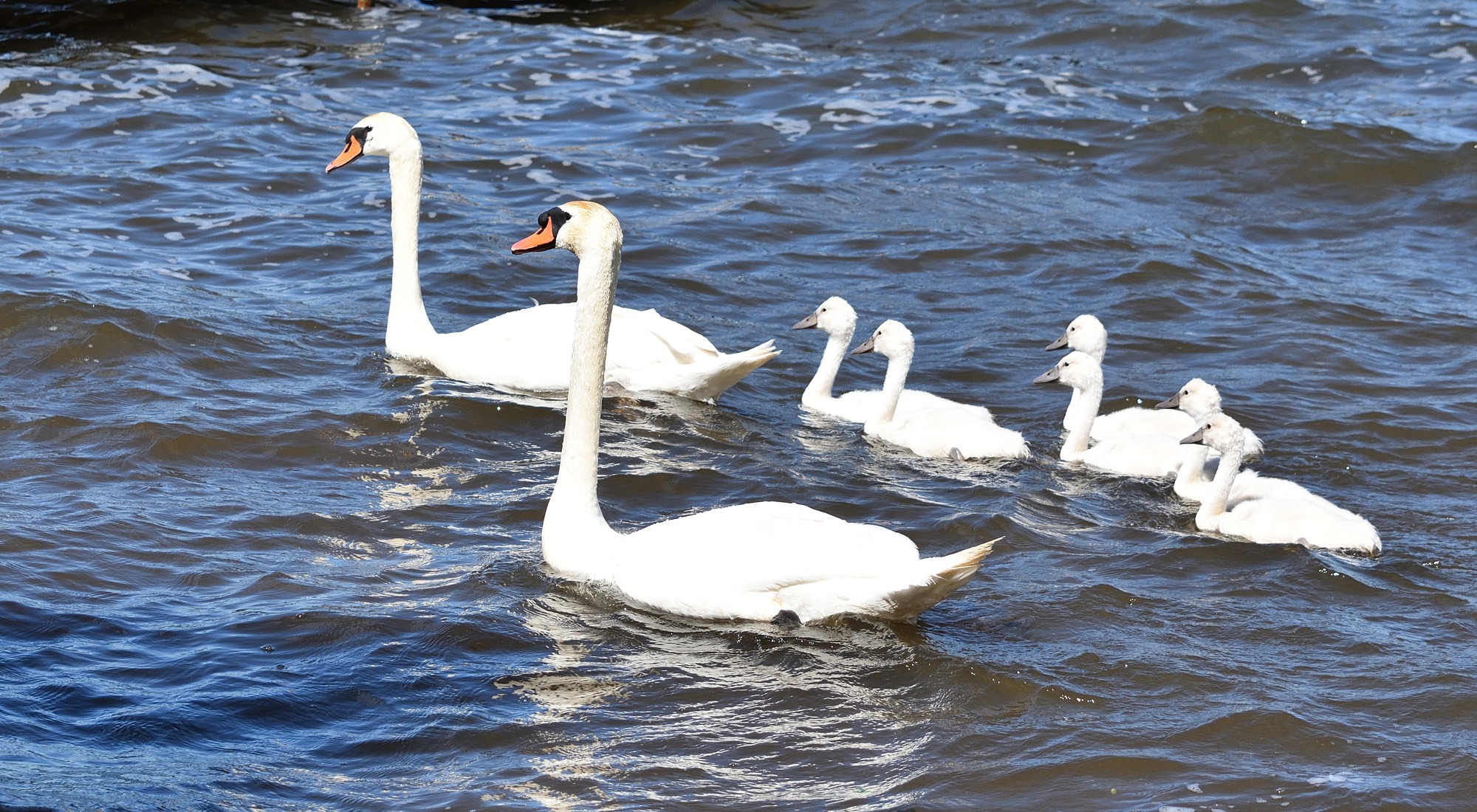 Clark Lake didn’t have any problem coming up with enough geese, either.  The song calls for six, and Clark Lake soars way beyond that number.  Thank you, Canada.   Though can we sure about the “a-laying” part? 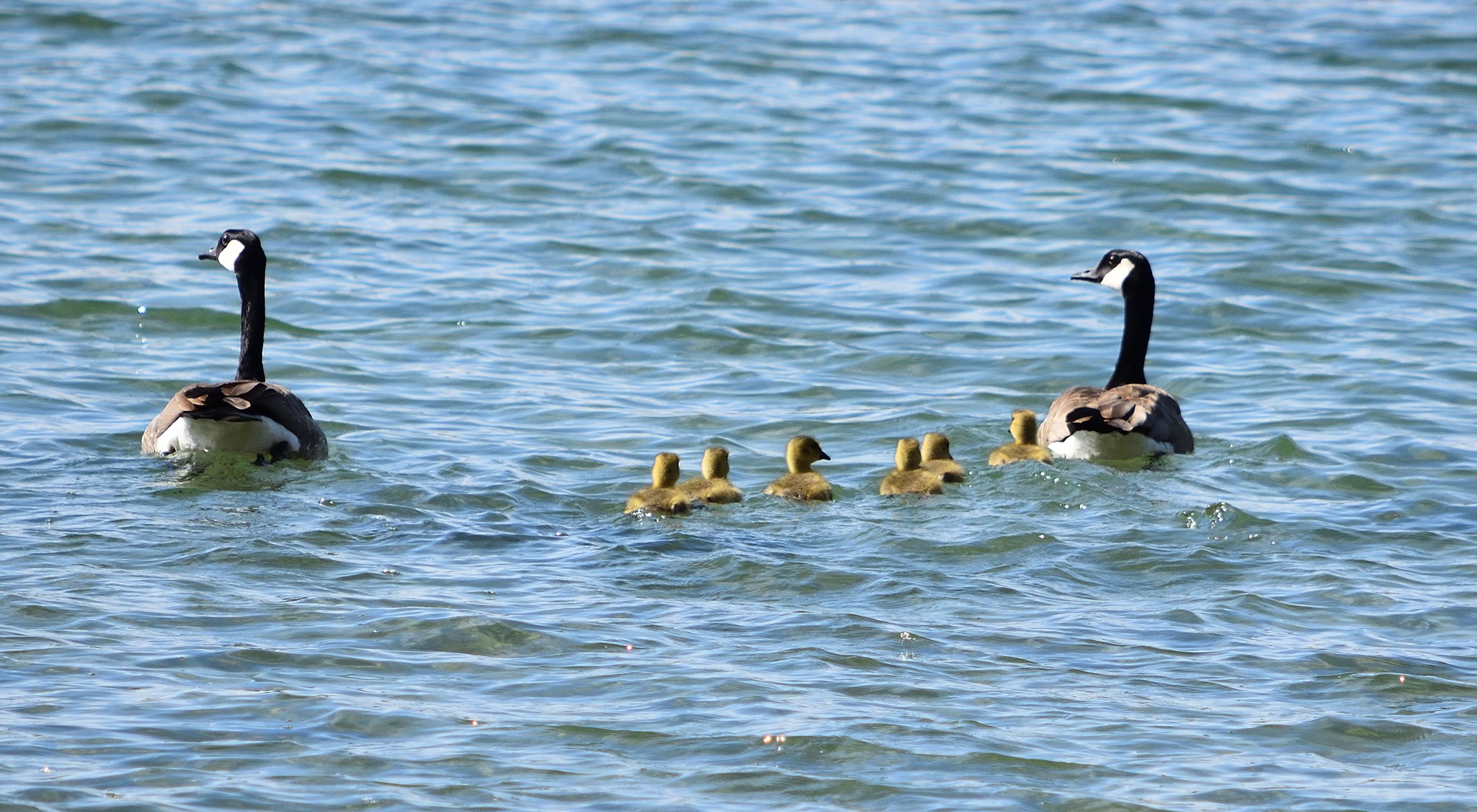 Photo from May 1, 2020, as mother goose and father goose lead their abundance of kiddos from the nest on Eagle Point.

Other gifts are missing.  Have you ever seen a partridge in a pear tree, or French hens at Clark Lake?  The turtle dove issue might be open to debate—many varieties of doves and pigeons exist.  At times you might find twelve drummers drumming, but alas, the restaurants that host bands aren’t open at the moment.  Same with nine ladies dancing.  The eleven pipers might depend on how you define “pipes.”

Then there are ten lords a-leaping.  Hard to imagine what that would look like.  Clark Lake isn’t PBS.  Unless someone is hiding a cow somewhere, eight maids a-milking, are also missing.

For sure, you could find five golden rings around the lake.  Just knock on doors.

Another definition problem comes up with the calling birds.  If crows, seagulls or robins qualify, Clark Lake does fine.  Is there ever a time when seagulls go away??

So, there you have it.  The Twelve Days of Christmas, just 12 days from now at Clark Lake, and everywhere. 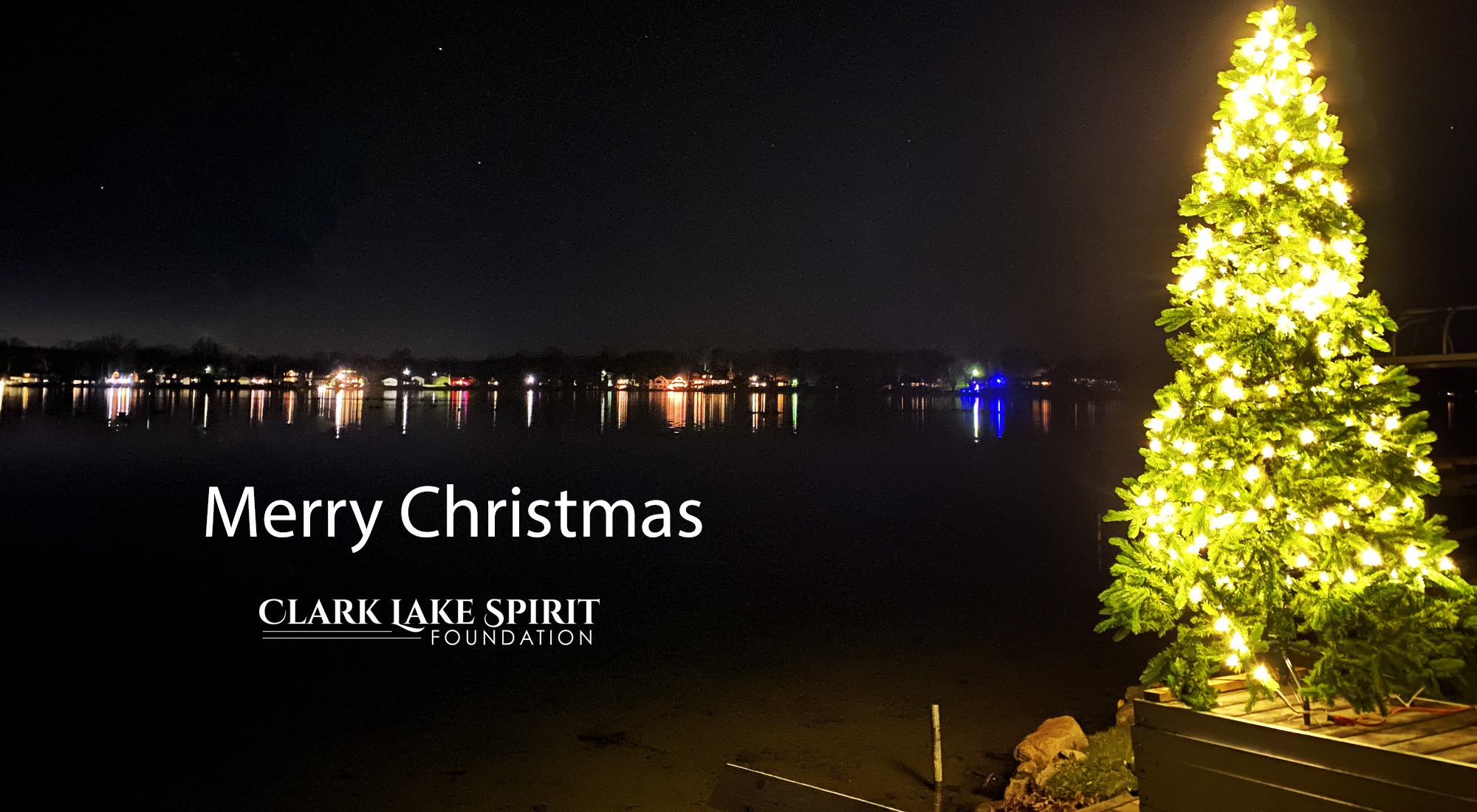 This photo was taken on the Boyers’ South Woodlands front lawn, looking toward the North Shore.

And of course, Clark Lake bestows many gifts upon us that Frederic Austin, the lyricist, couldn’t have known about.