It was East vs West at Clark Lake Saturday.  Year four of this annual hockey match was hosted by the West end, AKA as Eagle Point or the Narrows.  The East end, AKA as Almeda Court, faced off at the rink created by the West.  A last minute change of plans moved the game from the west side of Eagle Point, to the east side.  What happened?  The smoothly sculptured rink near the front of the Eagle’s Nest received a light snow overnight.  The surface was deemed unsuitable, so the crew went to work quickly to recreate a new rink in the Eagle Point Cove, where conditions were more conducive for the game.

Stories within the story made the day all the more interesting.  One story is how people who are at the lake mostly in the summer return for this event. A second story is the game itself.  Make no mistake.  Each team plays to win.  And finally there is a story that you might have missed, even if you were at the game.  Stay tuned.

Last year, Eagle Point won the game.  This year, Almeda Court turned the tables with a 7-5 victory.  Check out highlights in this video.  Be sure to stay to the end.  A smile awaits you.

At the conclusion of the game, both sides came together for this photo.

Here are the Eagle Point players and supporters.

During the photo session, Almeda Court asked repeatedly for one more picture, but within that request was a code shared only within the group.  All members but two were to step away, leaving just two people. But it didn’t quite work that way.  Morgan Hojnacki, on her skates began to leave with the others.  Only one person remained behind—Brandon Snead.  But those who knew the plan had a quick remedy.  Friends gently kept Morgan in place as Brandon dropped to his knee.  Brandon then asked Morgan to marry him.  Here you see the engagement ring about to be slipped on Morgan’s finger. 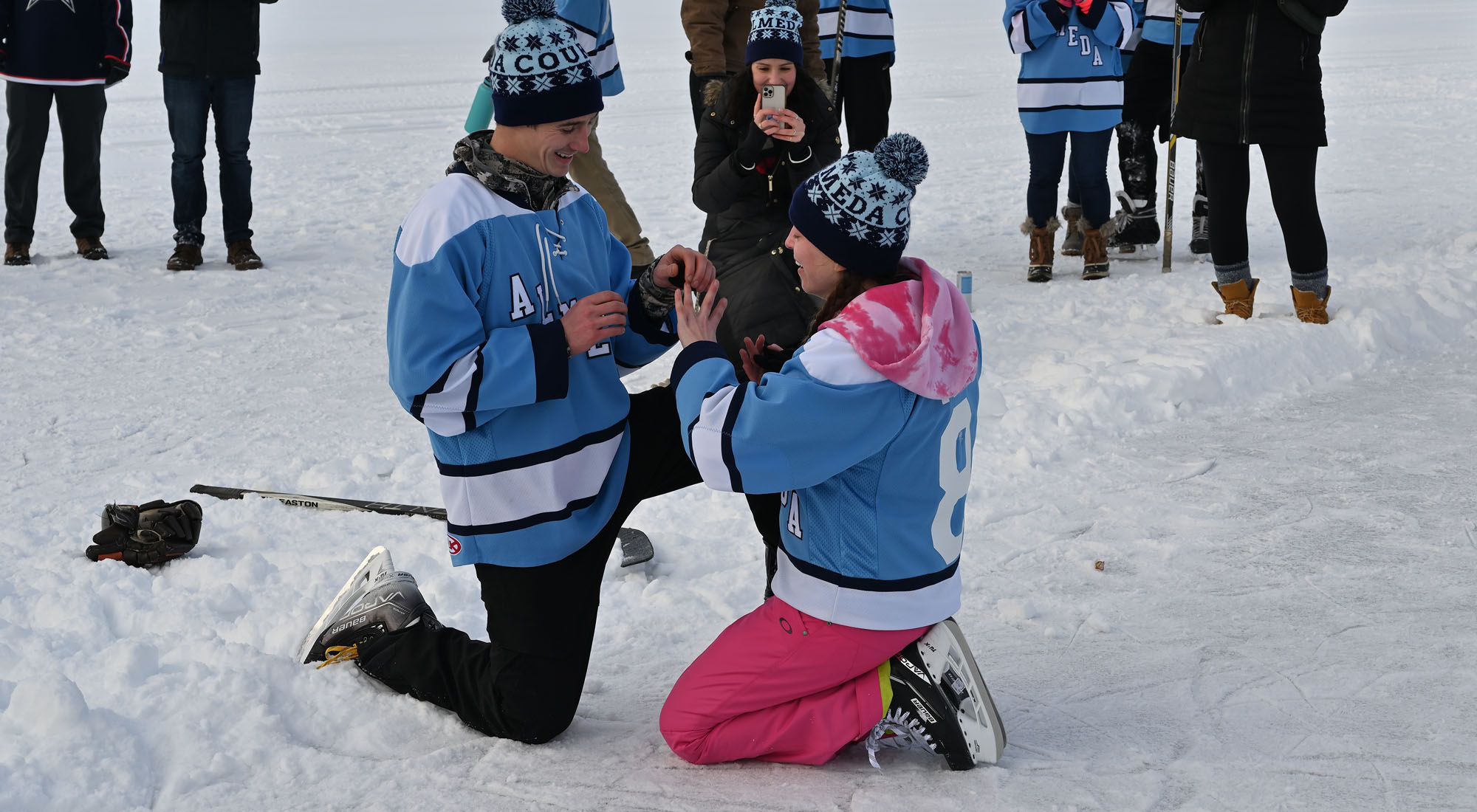 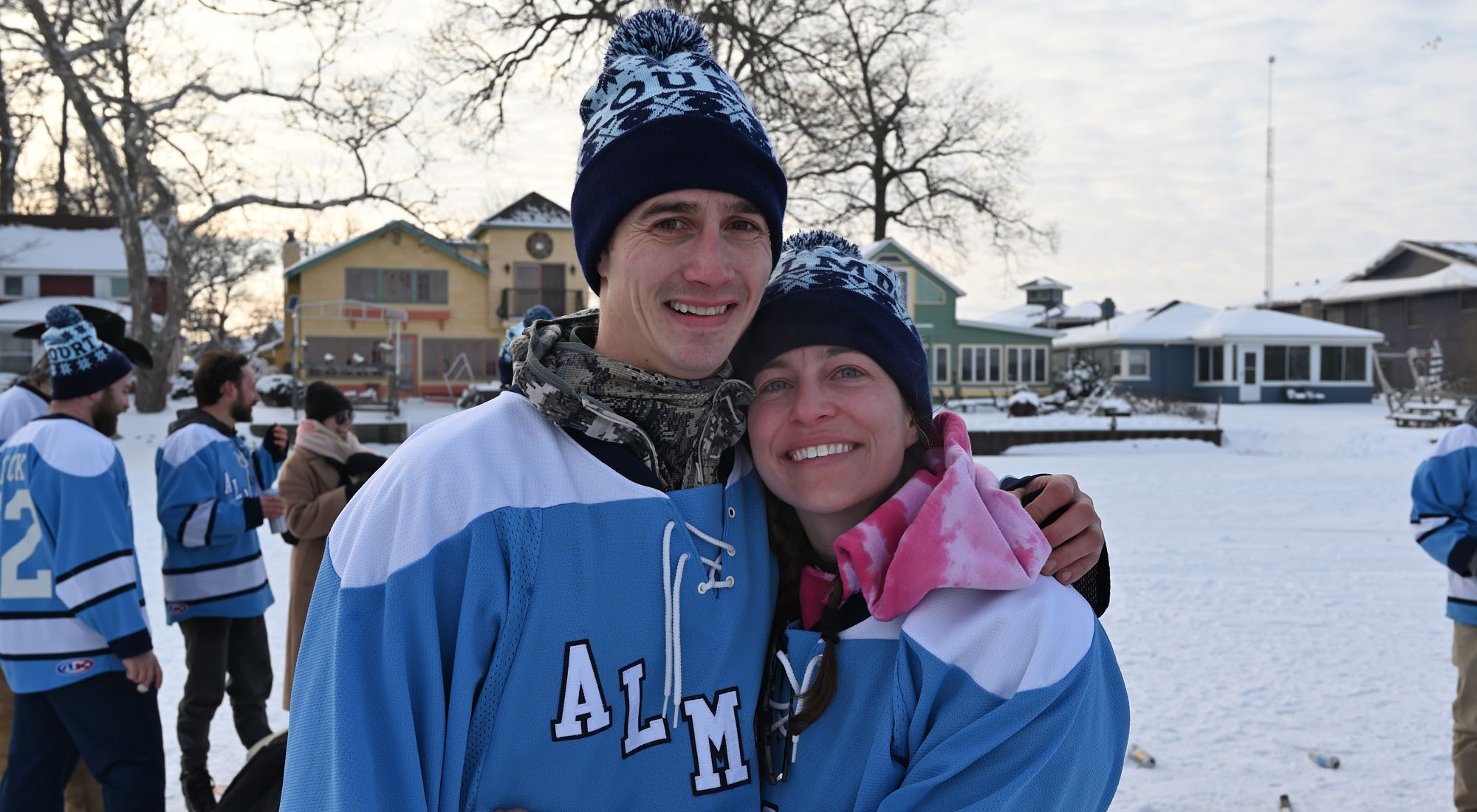 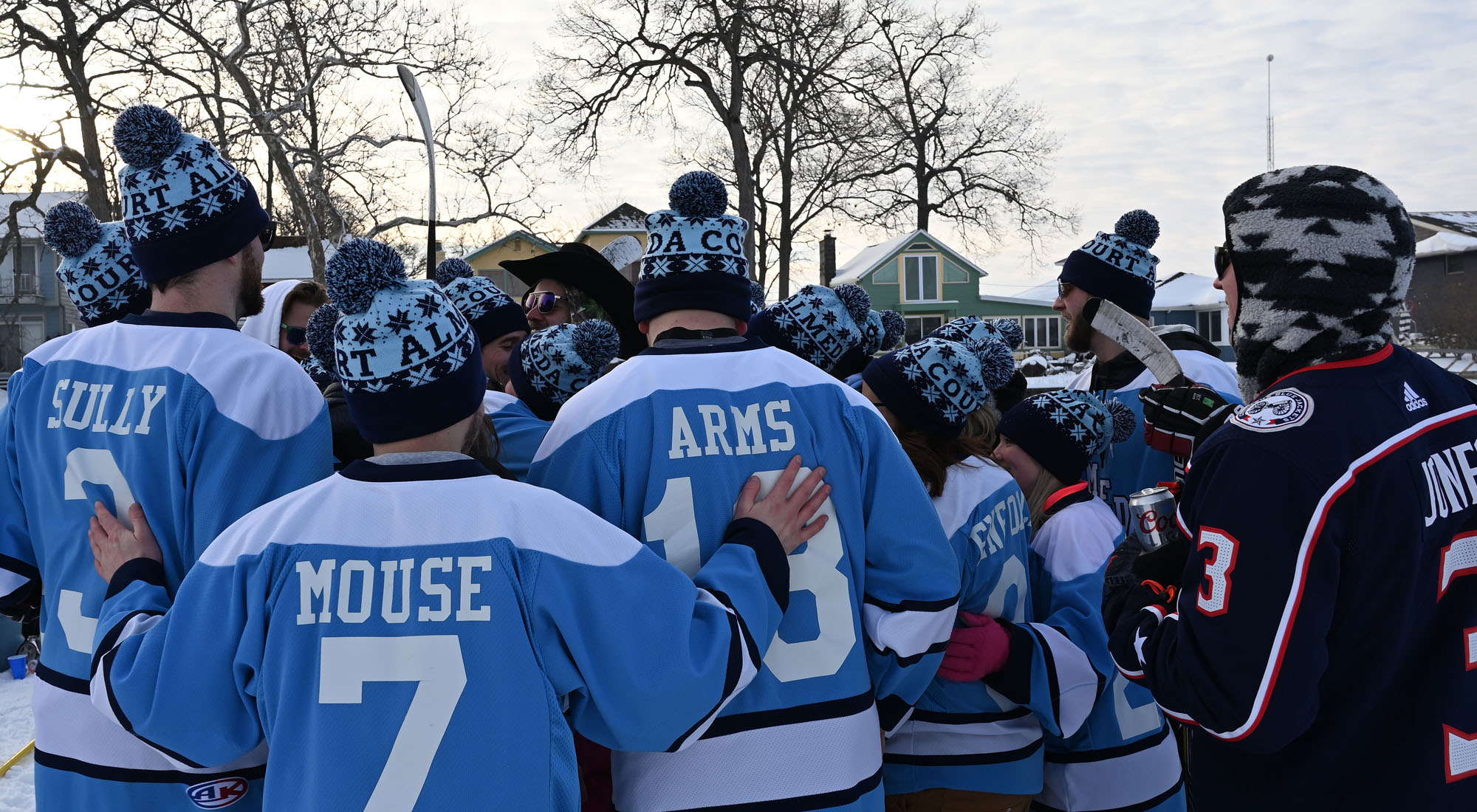 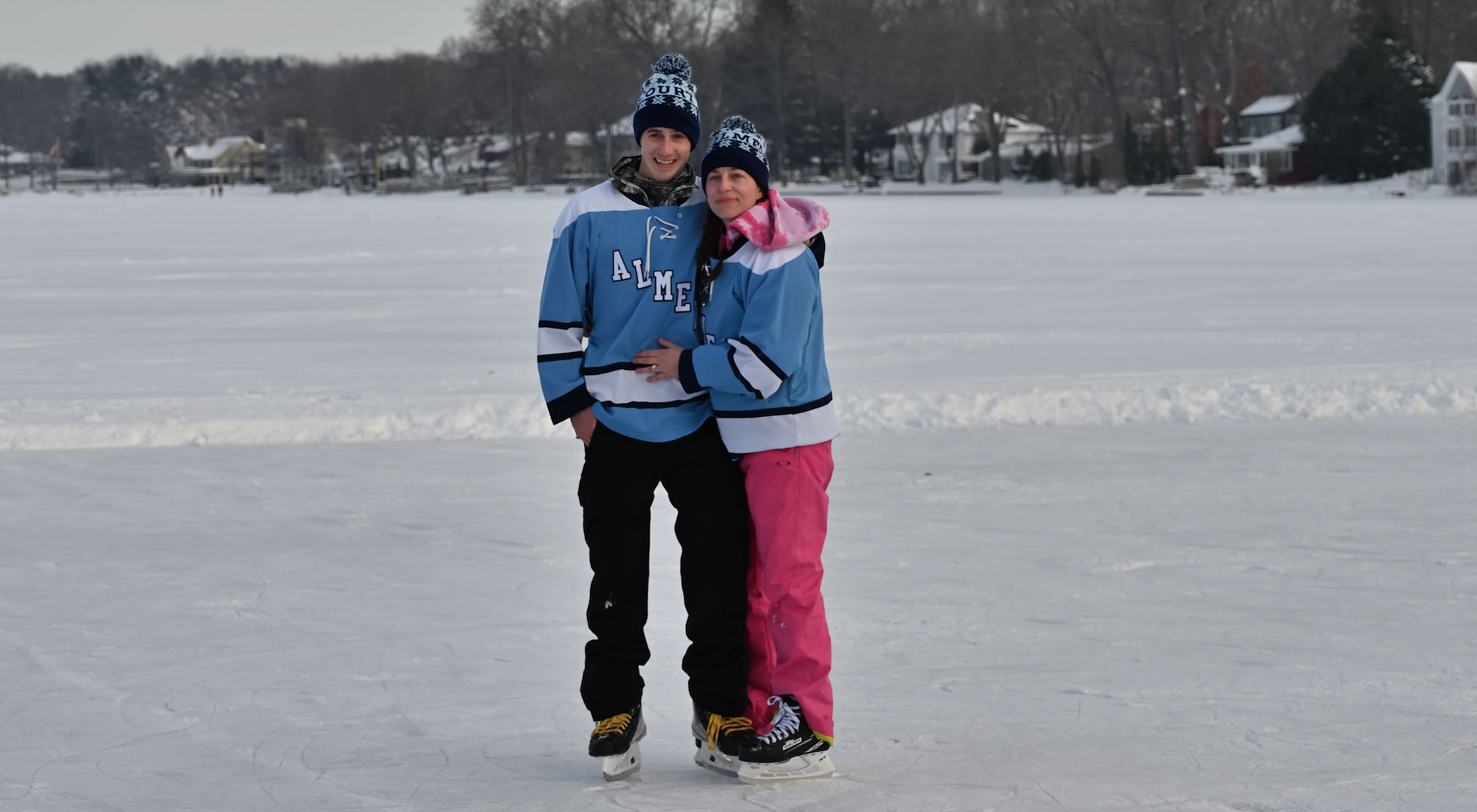