Columbia Township is inviting residents to a meeting regarding the care of the Clark Lake Cemetery on Hyde Road.  Barry Marsh, Township clerk, is hosting the event on Monday, May 24th, 7 pm at the Township Hall, 8500 Jefferson Road, Brooklyn.

Clerk Marsh poses two questions.  “Are you interested in ensuring that the final resting places for our deceased family and friends from the Clark Lake area are respectful and attractive?”  Secondly he asks “do you have an interest in genealogy.”

The cemetery is under the ownership and authority of Columbia Township.  The Township is also responsible for its maintenance.  Over the years, Clark Lake volunteers have taken steps to improve it.  For example, the landscaping at the front of the cemetery was planted, is regularly maintained, and is about to be freshened by Clark Lake volunteers. 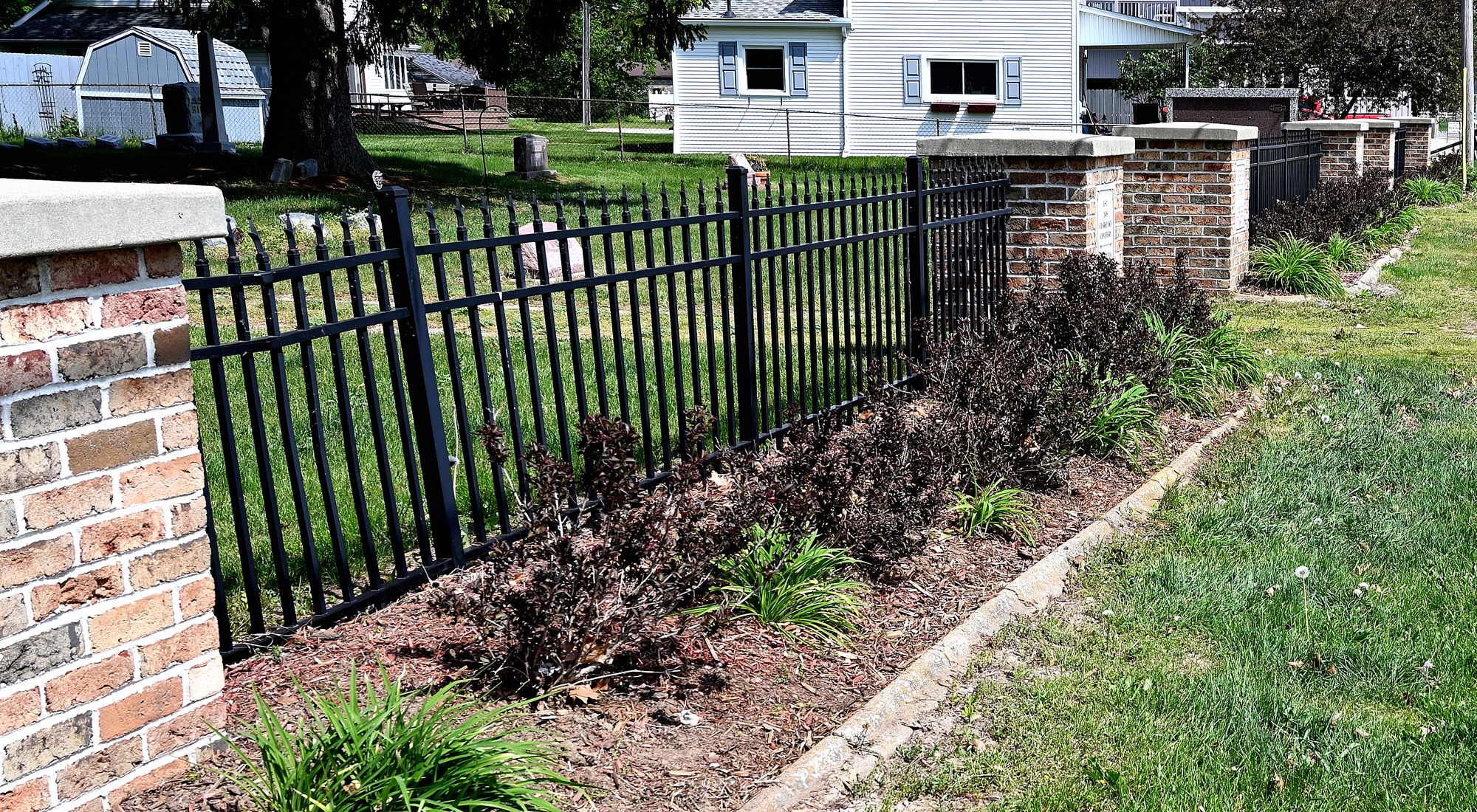 About 18 years ago a major improvement was initiated by the Clark Lake Spirit Foundation (then named the Clark Lake Foundation).  At the time, the fence and pillars were not there.  People accessing the boat launch across Hyde Road would park their cars and trailers well into the cemetery and atop some of the graves.   Recognizing the desecration, the Foundation’s president, Mike McKay, contacted then Township Supervisor Dan Burich.  They discussed the possibilities.  Mike had the cemetery surveyed, and found the boundaries were rightfully 20 feet to the east, where cars and trailers would park.  What took place next was a collaborative effort involving Dan Burich and the Foundation directors–Mike McKay, Brian Adamzcyk, Michele Ambs, Peggy Collins, John Kudner, Linda Reynolds, Joe Thorrez, Mick Thorrez, and Nate Vermeulen.  A plan was conceived to install the fencing and pillars.   As with many other Clark Lake projects, both the energy and financing for the project came from residents through the Foundation.

During the process, Mike consulted with the cemetery sexton to define the gravesites and the names associated with each plot.  The results were put into a computer program and given to the Township for safekeeping. 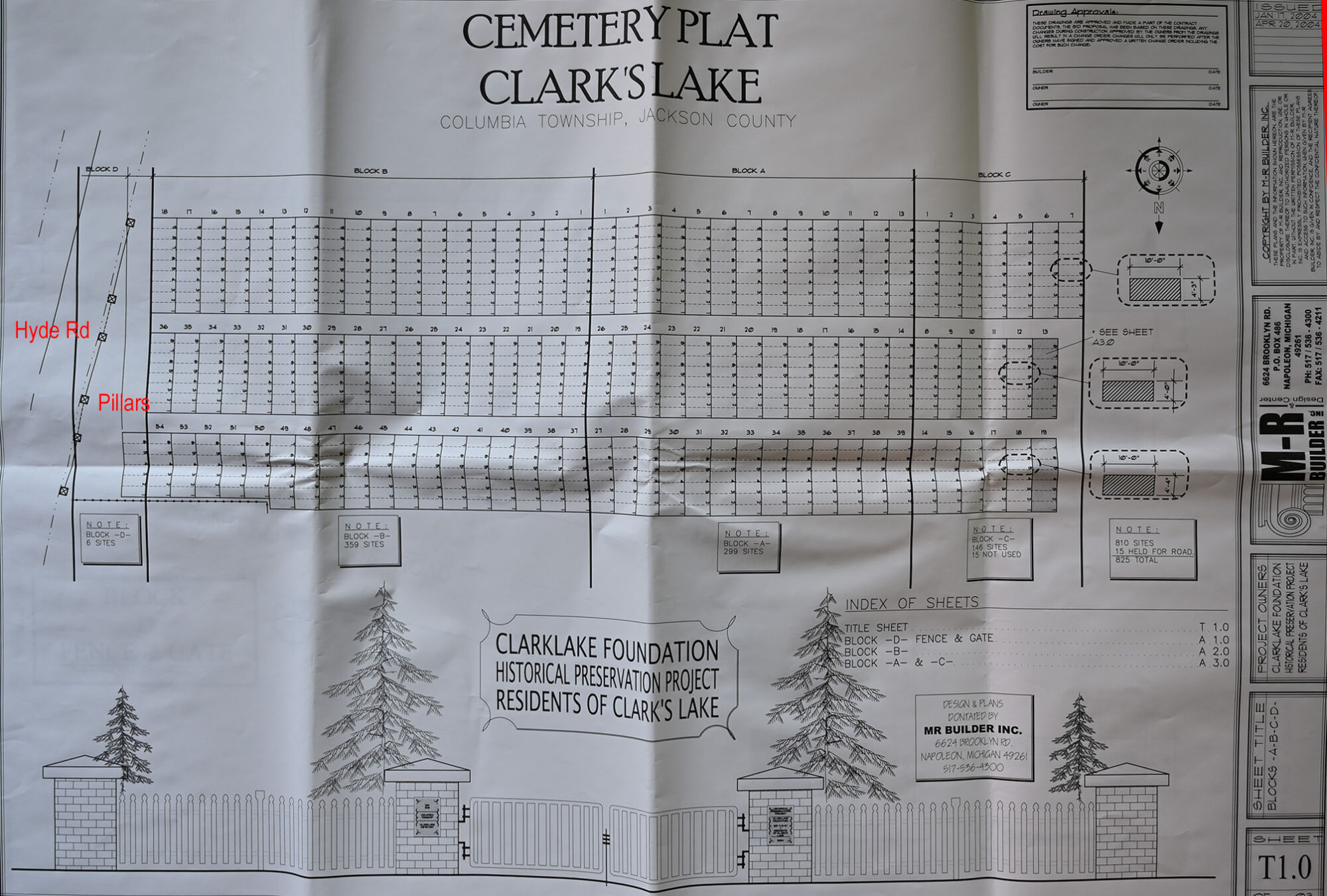 To provide a current view of the cemetery are photos taken on May 20th.