As reported previously, the Parks Department is installing playground equipment costing $40,000 in the County Park.  Eight cottonwood trees were felled to make room, and Thursday, a crew dug up stumps.  The holes will be filled with sand and finished with top soil.  Some of the sand being brought in will be used to form a beach. 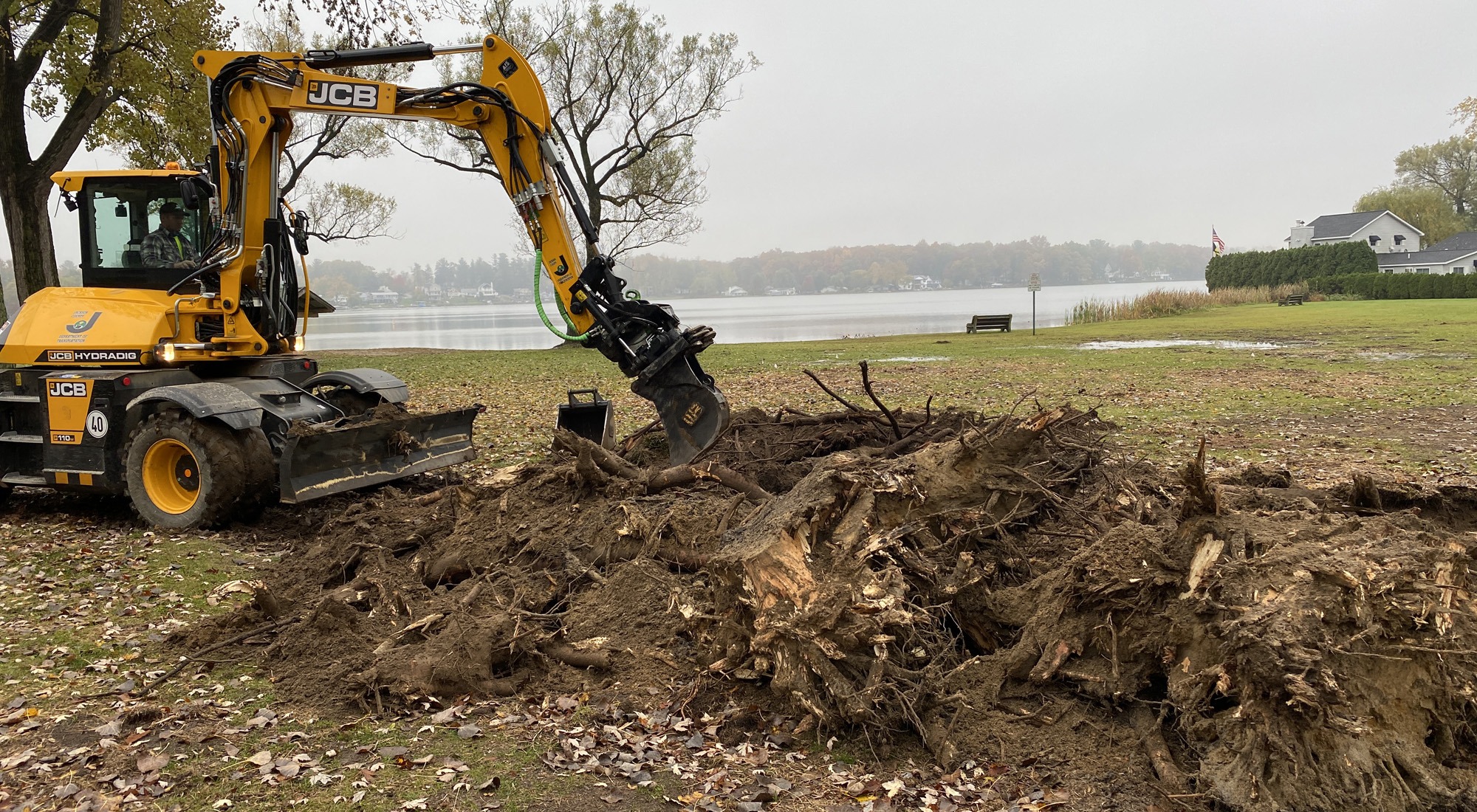 When the Township improved the beach at the west end park, usage increased dramatically, leading to overcrowding and abuse.  Residents were dismayed to see trash everywhere.  Unlawful activity, like use of alcohol and drugs in the park, intensified.  It was not until security cameras were installed and observed by Township Police that order was restored. As officers observed problems on their monitors, they arrived on the scene quickly.  The word got around, and problems lessened. 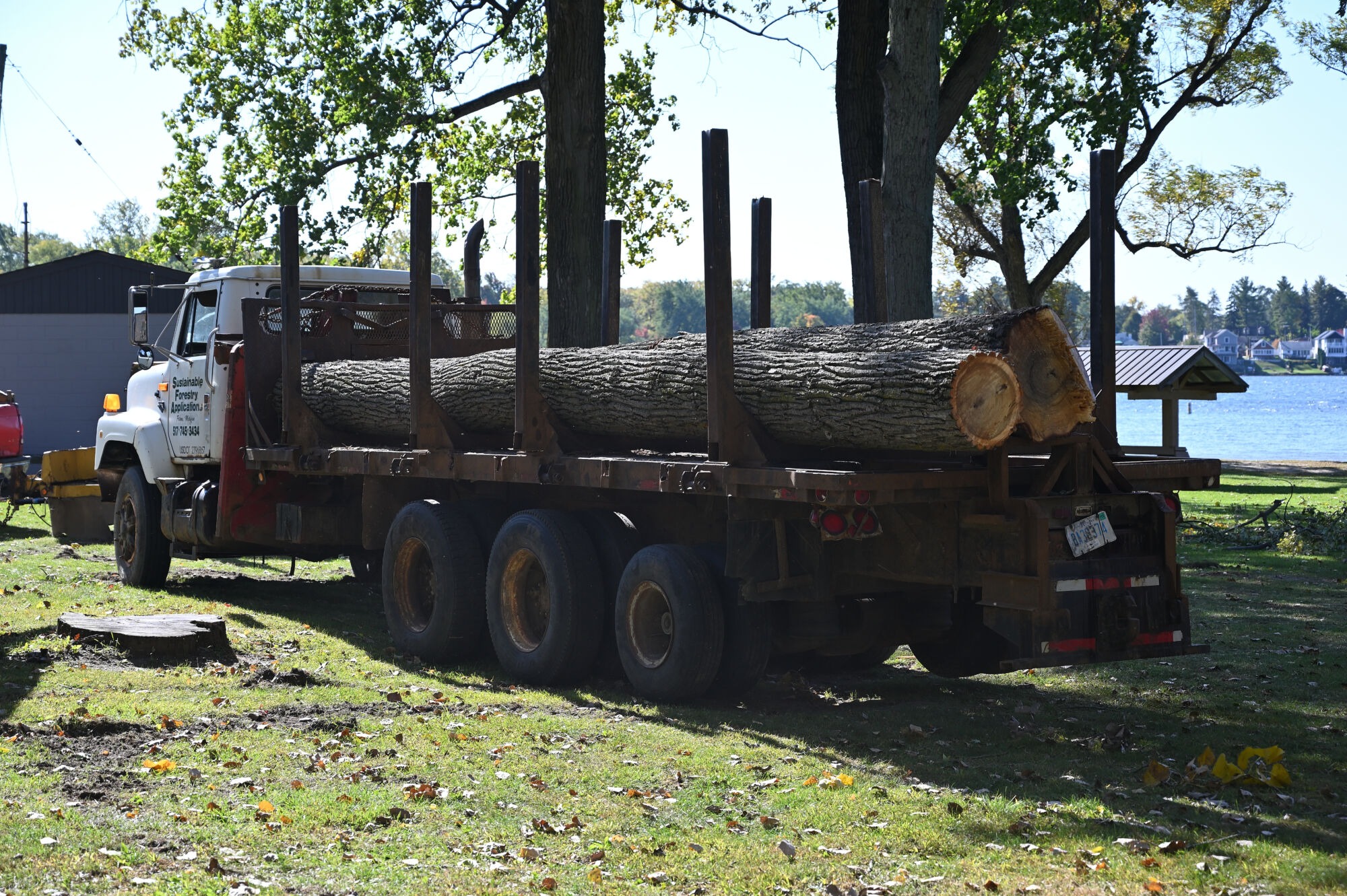 Higher property taxes are funding changes in the County Park.  When the County asked for public comment on how to improve the park, the number one answer was fencing.  The Clark Parks Commission, a group of concerned Clark Lake residents, also believe fencing is the key to a safer and more responsible use of the park.  Not wanting a repeat of trouble at the west end, the group believes security cameras must be a top priority.

So far, the Parks Department has committed to putting some boulders along Ocean Beach Road from the Spirit Trail south to the boat launch.  The Parks Department remains silent on replacing the dilapidated fencing north of the Trail that surrounds the Community Center, nor do they believe there is a need for security cameras. 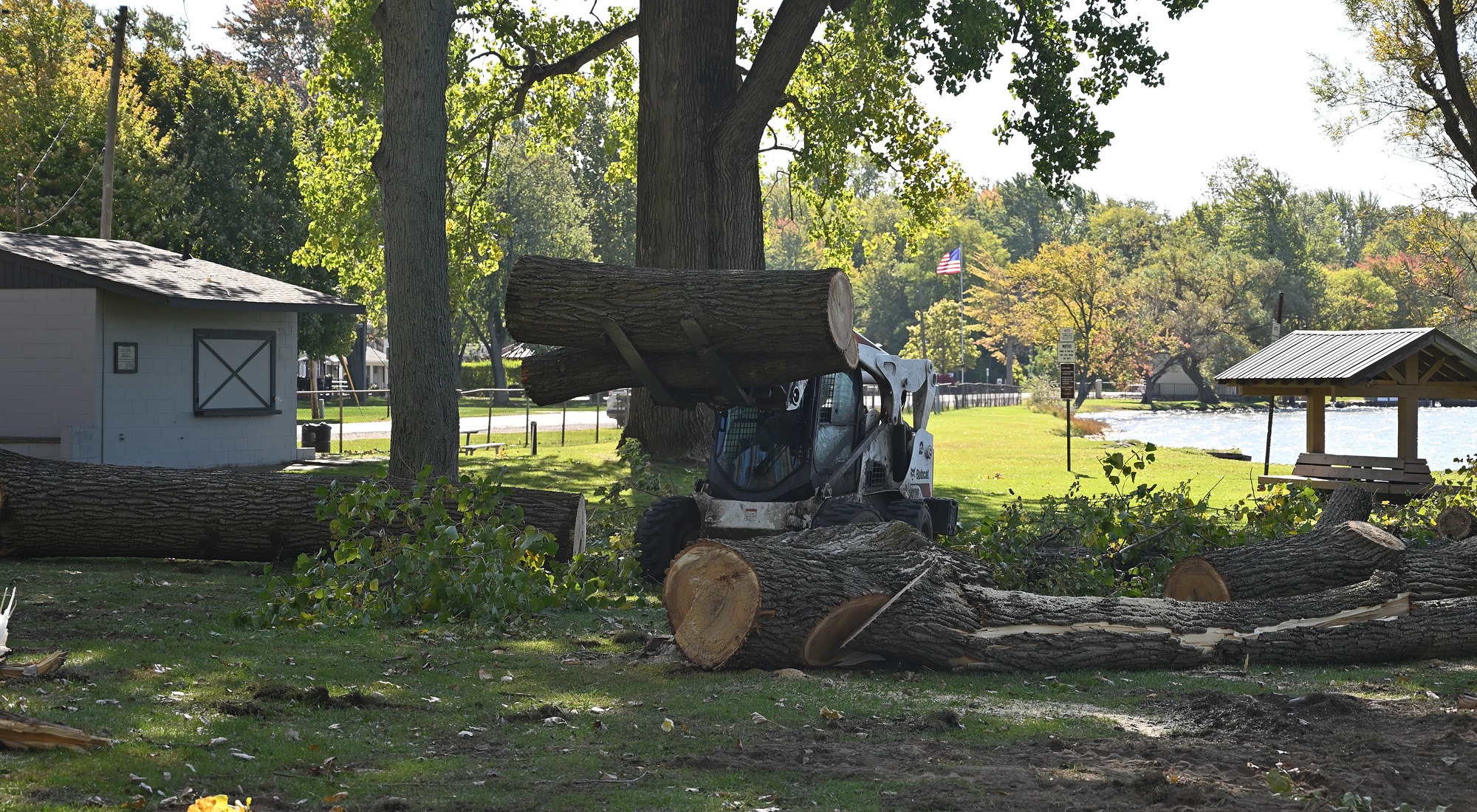 The Clark Lake Parks Commission goal is to look after the lake that hosts the park including the interests of its tax-paying residents.  If you would like to join the Commission, please email clarklakeparks@gmail.com.

Maintenance and improvements in the County Park are largely the direct result of Clark Lake residents volunteering their time, effort and money.  The Community Center has for years borne much of the upkeep.  That includes mowing and other lawn care for the entire area from North Lake Road south to where the Trail begins.  At one time the Community Center was responsible for maintaining the two buildings (now unused) by Ocean Beach Road, including supplying toilet paper for the restrooms.  The Spirit Trail Committee maintains the portion of the path that runs through the Park.  The Garden Angels add their magic to the Tom Collins memorial, the area around the house, and the Triangle.  The Clark Lake Spirit Foundation recently paid for an automatic irrigation system for the Triangle.  The County provides a dumpster, a port-a-potty, and mows the area near the lake. 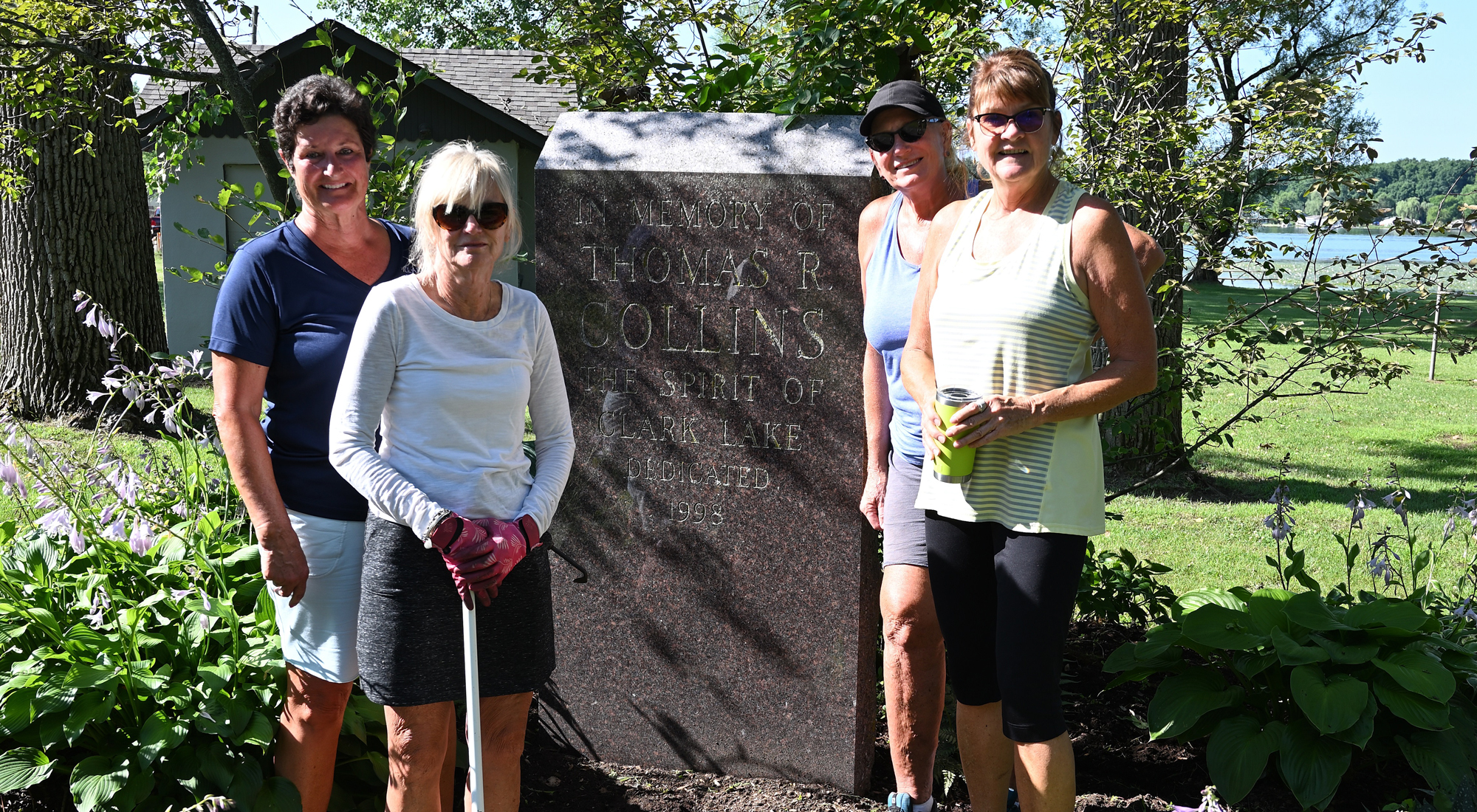 For more on the County Park, please click here.  This article also has links to additional posts, including further explanation on the work of the Clark Lake Parks Commission.