At the Beach Bar 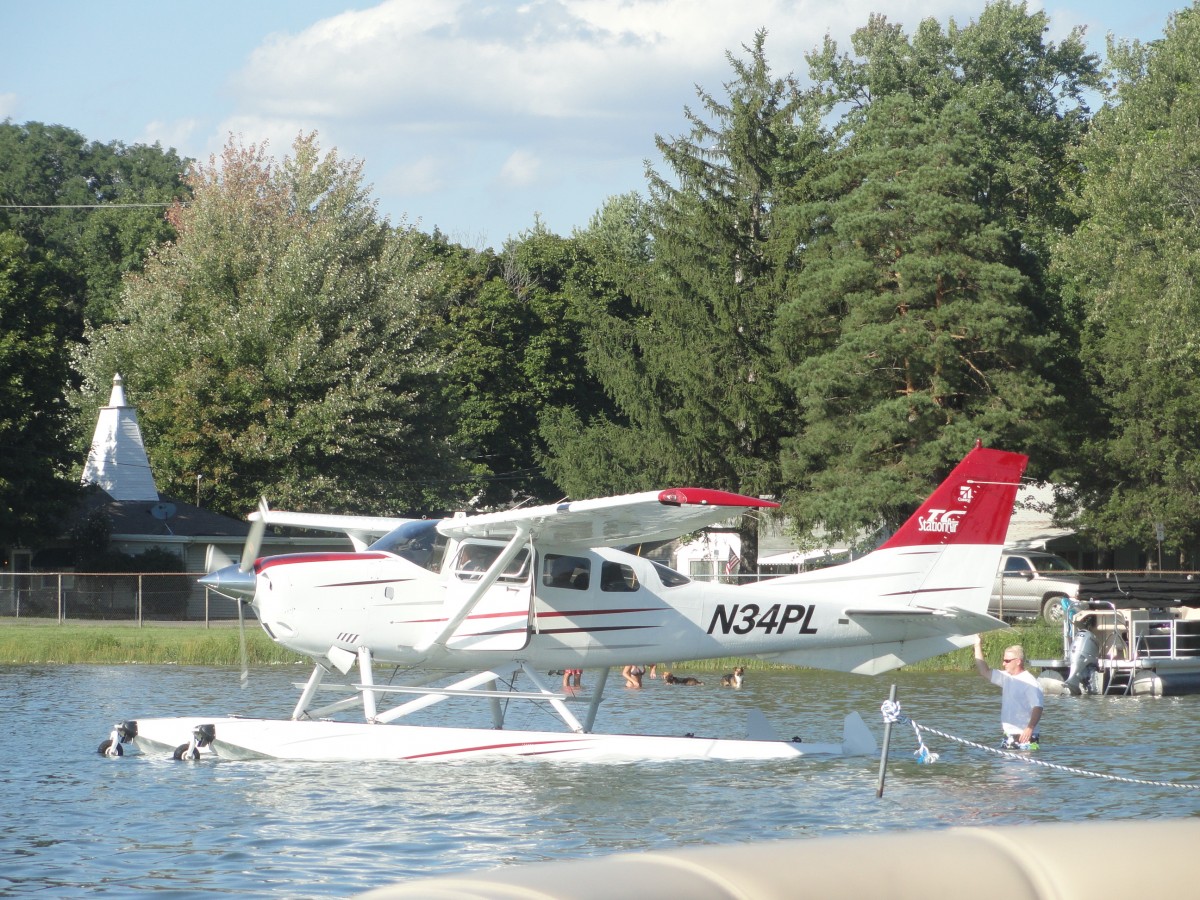 First a Tesla, then “hey little Cobra” and now a sea plane.  The Beach Bar attracts interesting modes of transportation.  If you’re hungry and need a bite to eat, why not fly in?  You park your plane, enjoy lunch and then it’s take off time.  (These photos were sent to clarklakespirit@gmail.com by a viewer of this website.  Thanks!)

In the late 1950s there were  three seaplanes parked at Clark Lake.  One of them was a relic of World War II and needed the whole west end of the lake to lift itself off the lake. So it would come in close to the docks along Eagle Point, pause, and then open up its engines full blast.  For the kids standing on the docks watching, it was a not to be forgotten experience.  With the wind and spray from the water, it gave new definition to being “blown away.” 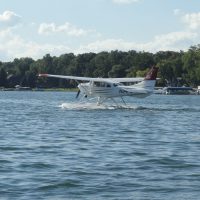 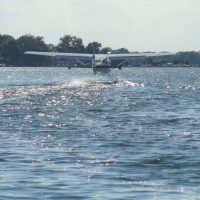 Heading into the wind 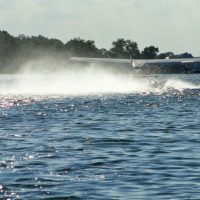 Lift off, and the new planes do it with a minimum of runway