A Christmas to Remember for These Kids 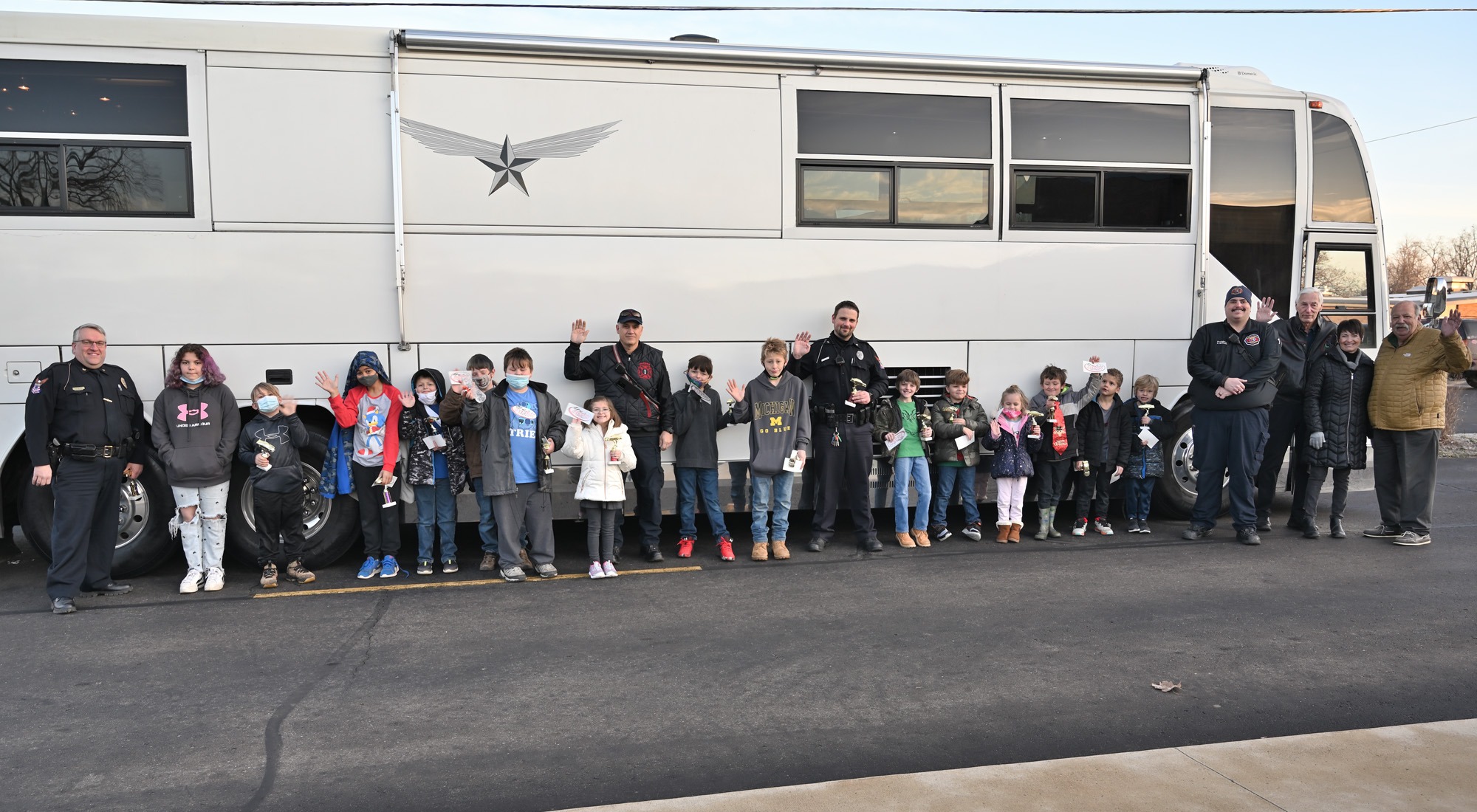 Shop with a Cop is about police officers improving Christmas for kids who could use the boost.  On Tuesday, Columbia Township Police went to work as Santa’s helpers, and others pitched in. Picture John Lefere and wife, Susan, arriving at Columbia Elementary School in their 40 foot, 48,000 pound Prevost motor home.  Also imagine 16 active kids, ages 11, 8, and younger, ready to board.  But not yet.  First, former MIS chief presented a trophy to each one of the excited kids. 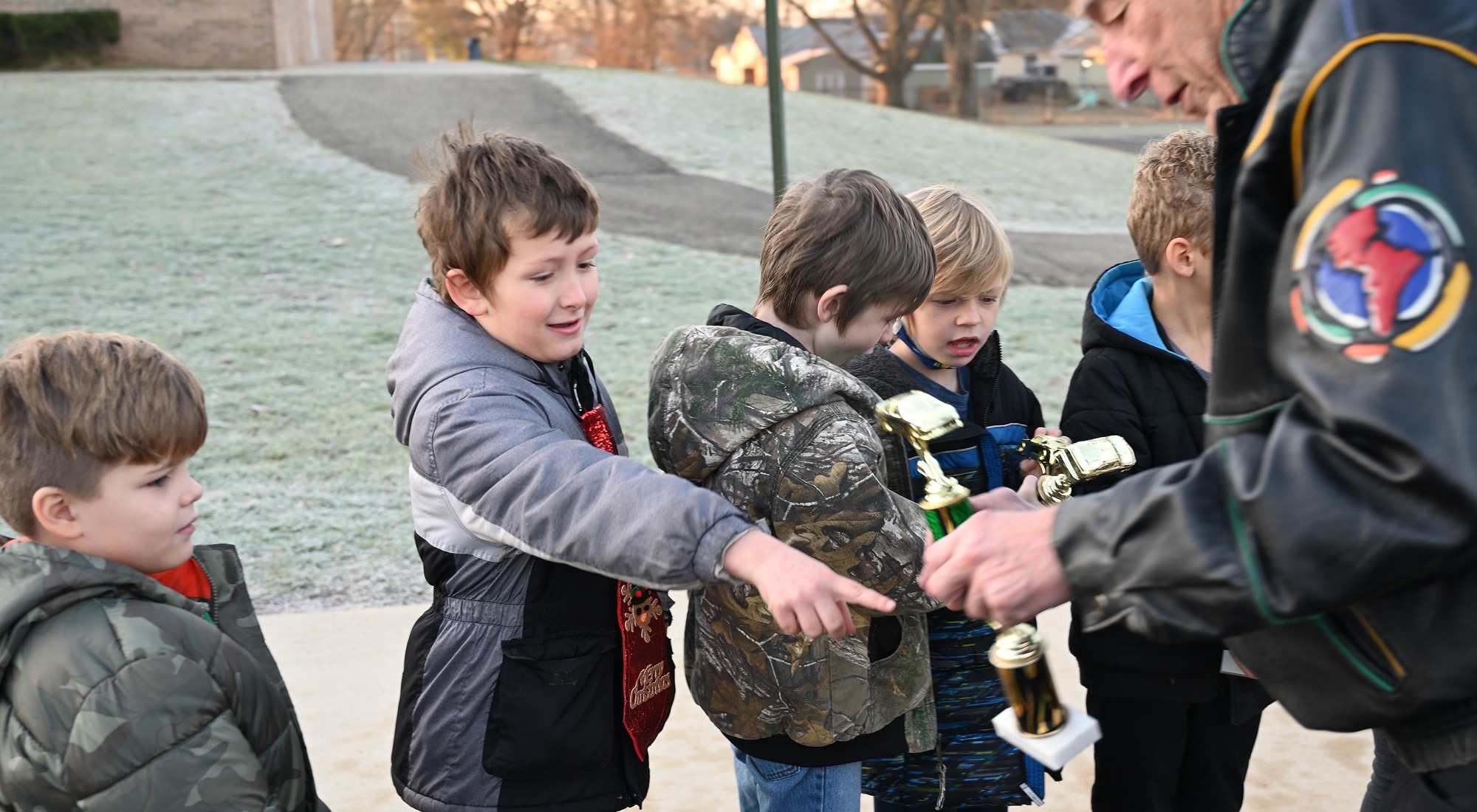 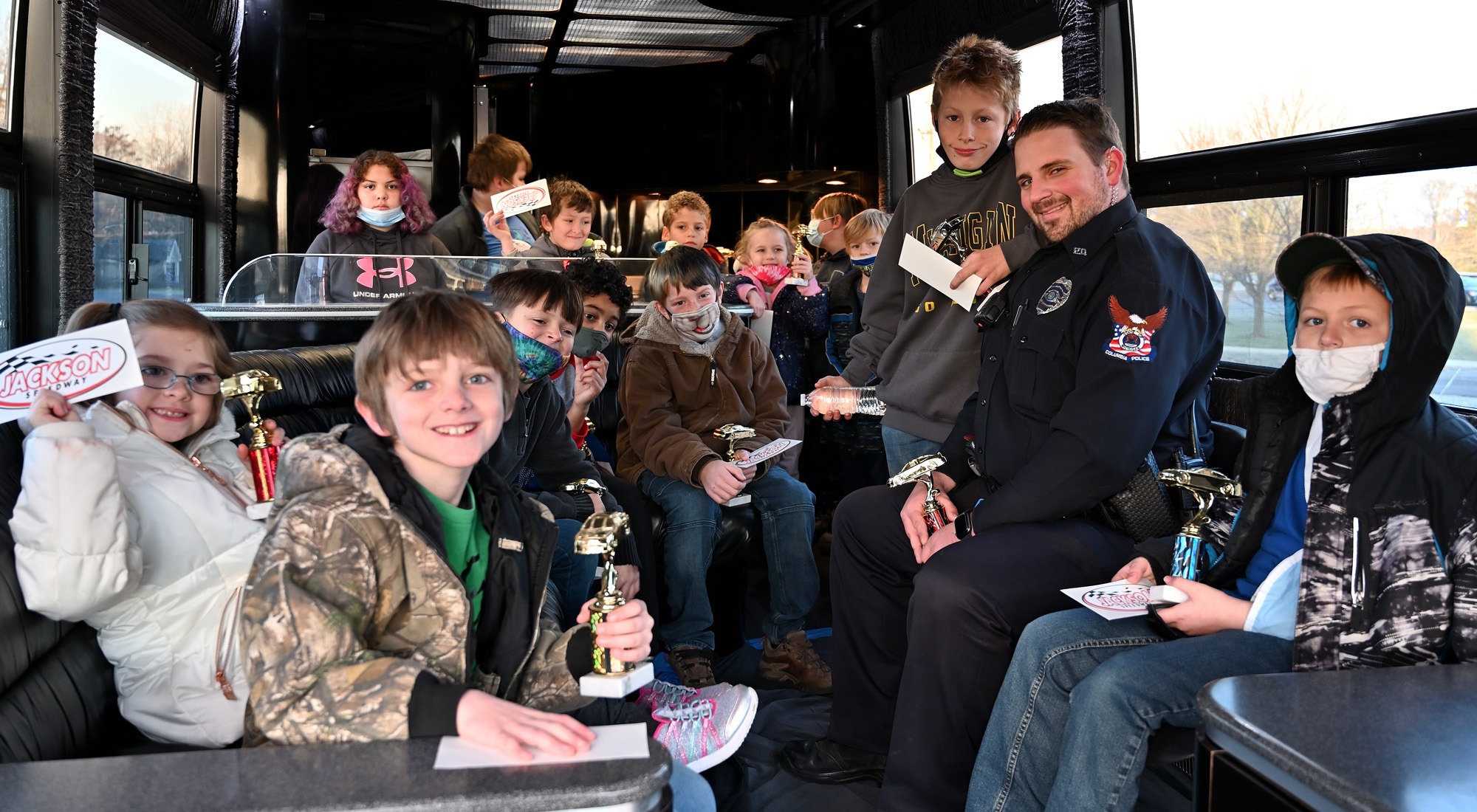 Once on the kids climbed aboard and the procession moved forward,  police and fire vehicles escorted the entourage from school grounds. 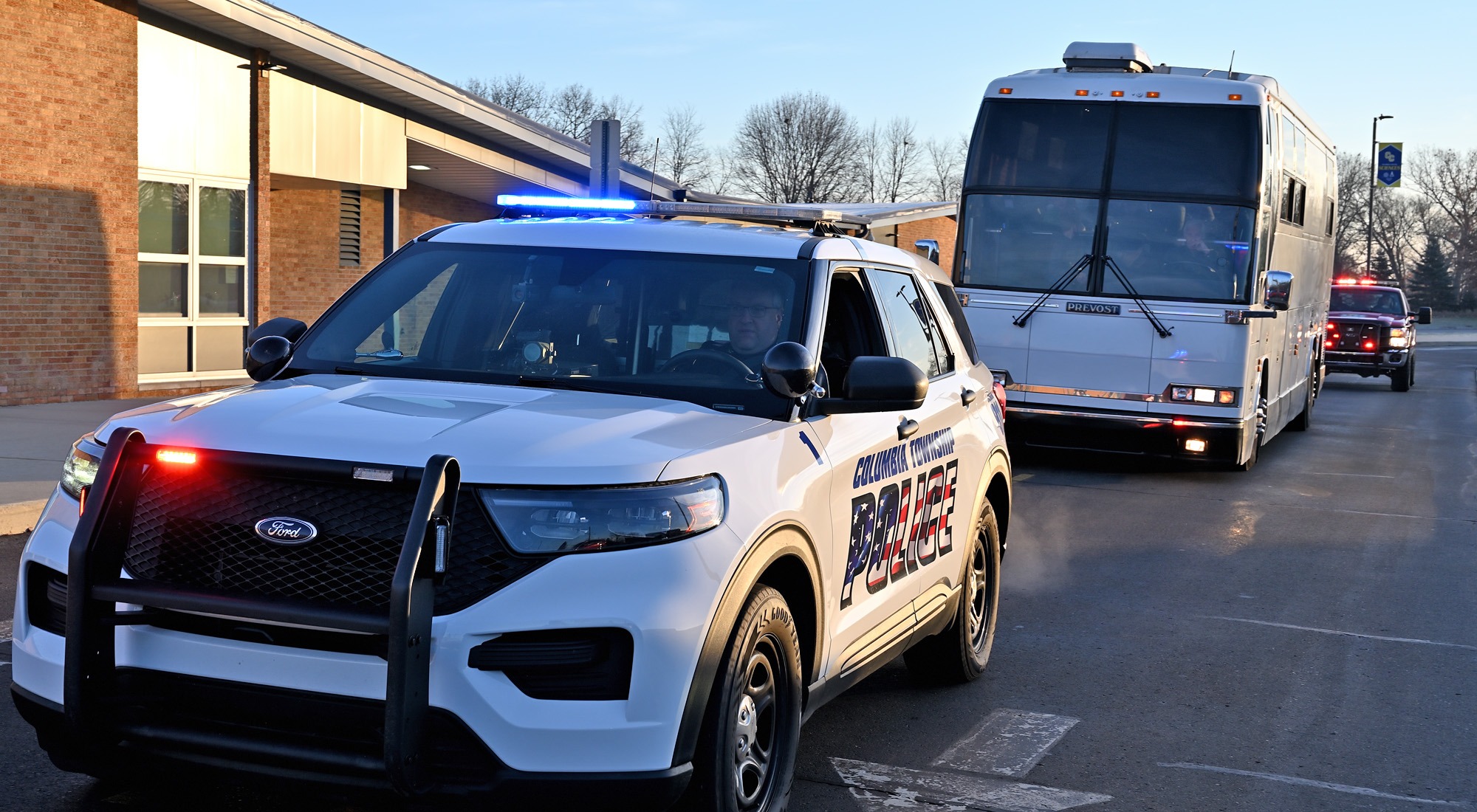 At the store, they picked out the gifts.  According to John Karkheck, the kids chose gifts to give to other family members, rather than themselves.

Later, the group moved to the Brooklyn Sportsman Club where the wives of members wrapped the gifts and served lunch.  Each kid received a sock filled with goodies.  Dotty Karkheck personalized each one by name. 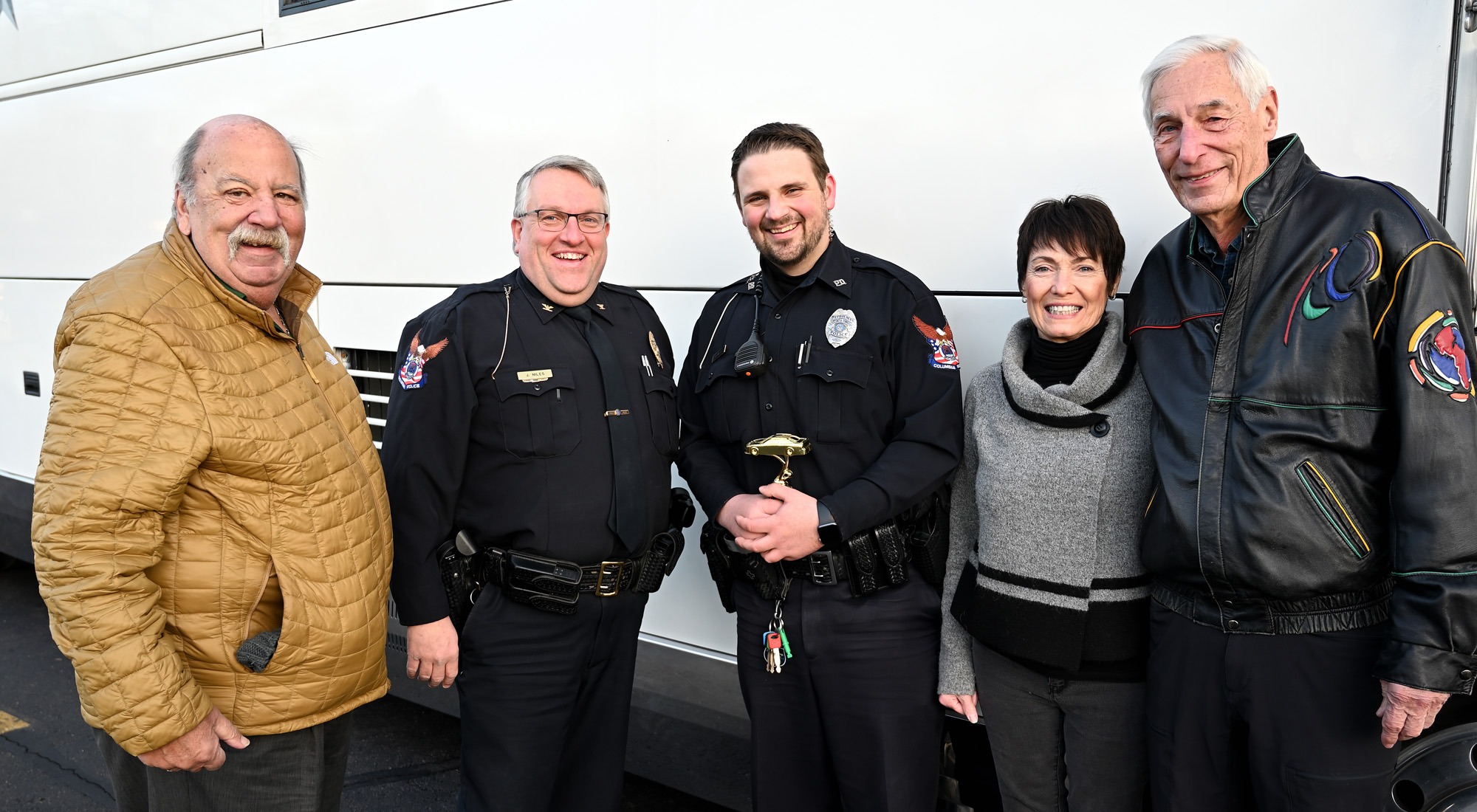 Originally, Shop with a Cop police officers paid for the gifts out of their own pocket.  More recently, fundraising has changed that.  Through John Karkheck’s efforts, $5,100 was raised this year.  He points to generosity of Clark Lake and Columbia Township.  Here he is with Chief Jay Niles accepting donations at the Eagle’s Nest in October.  Blair Huff, Eagle’s Nest owner, delivers a snack. 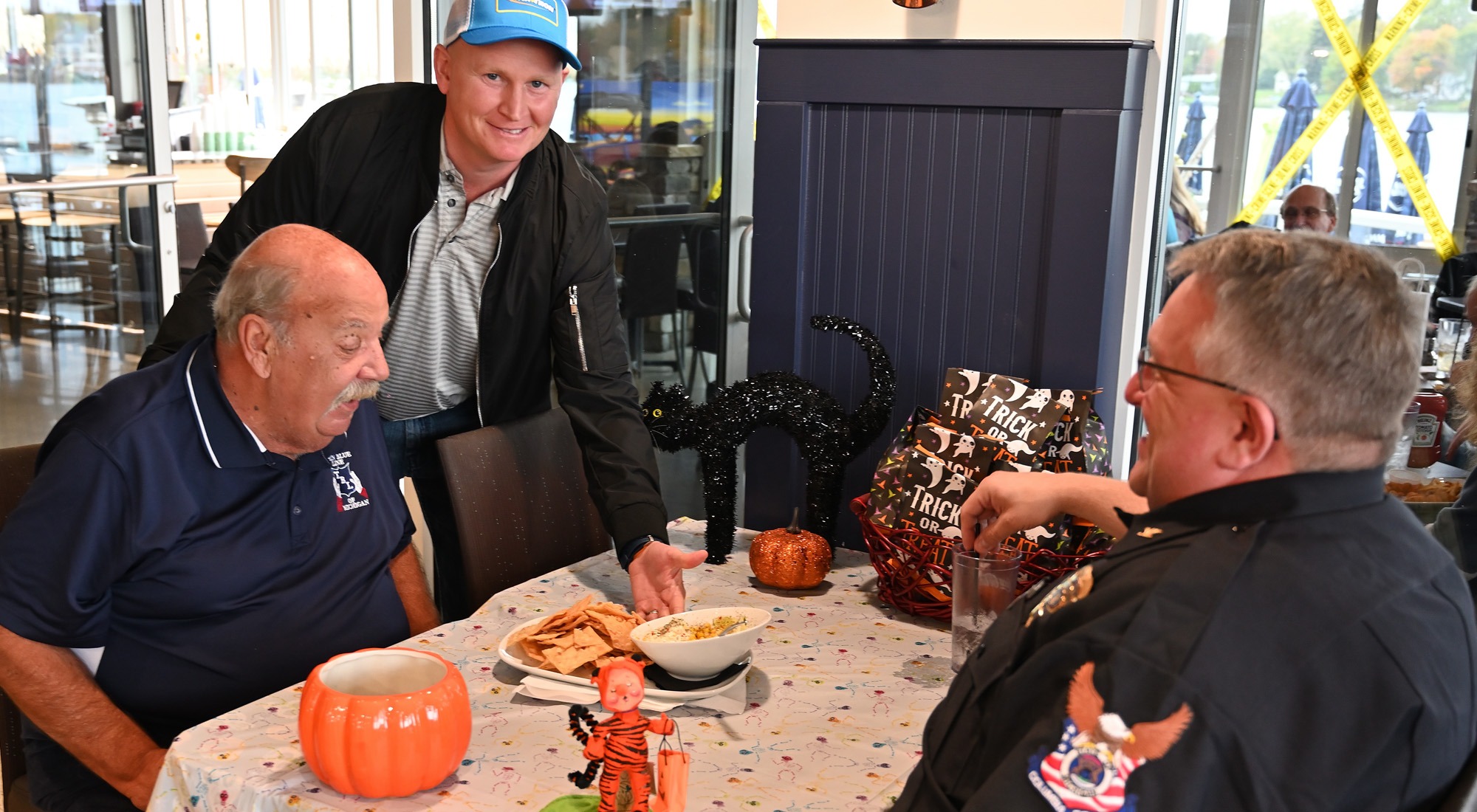