Word on the Weeds 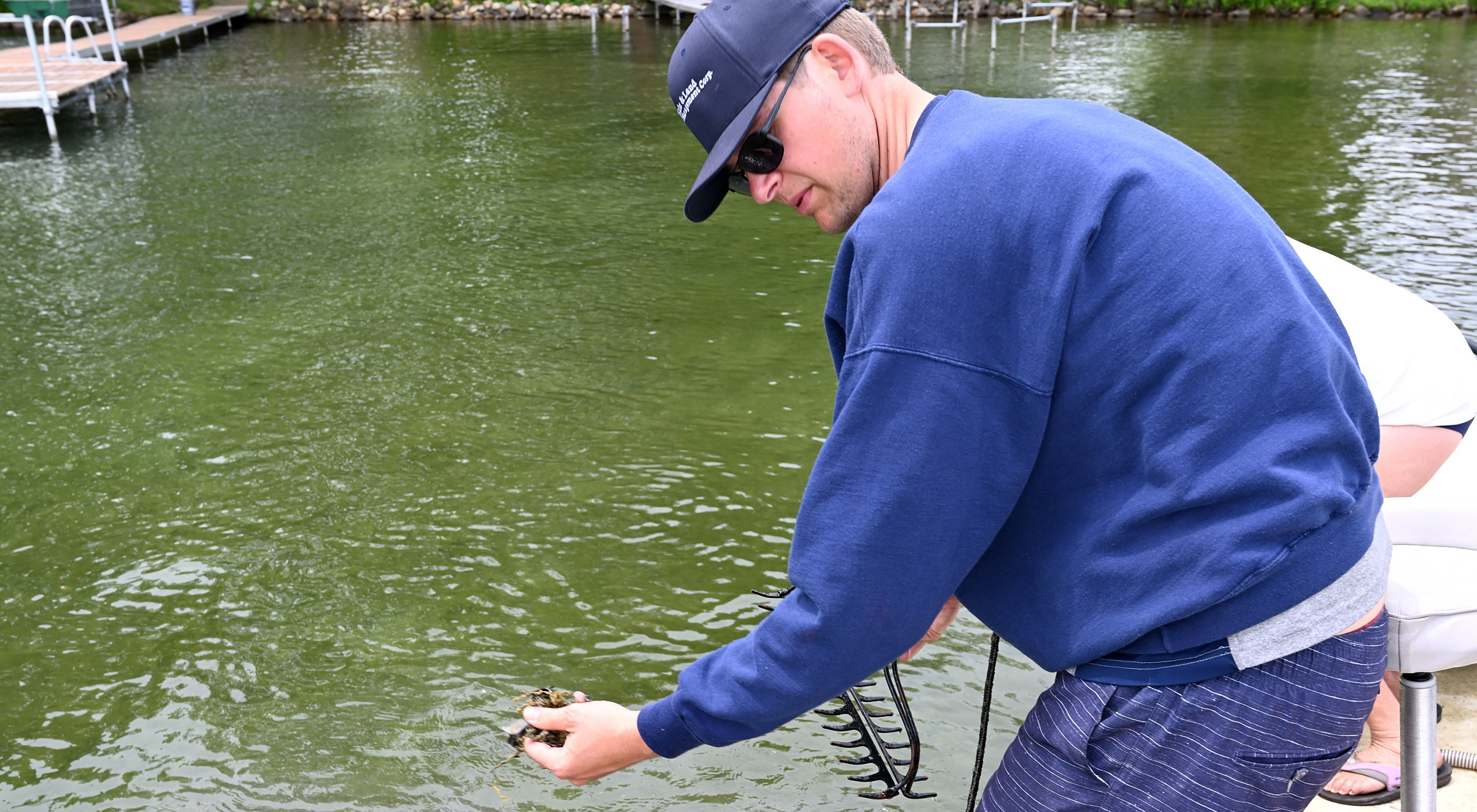 Checking out suspicious activity in the Eagle Point cove.  Turned out to be a false alarm.

Last year’s full lake treatment appears to be paying dividends.  The treatment targeted hybrid Eurasian water milfoil.  When left to its own, this invader has ruined recreational use of lakes, destroyed habitat, and diminished property values.  The weed treatment program is an example of Clark Lakers coming together to deter a threat. Volunteers were able to reach 70% of the lake front property owners.  Of those, 95% signed the petition to establish a special assessment district (SAD) to take on the fight. To read more about the treatment, please click here. 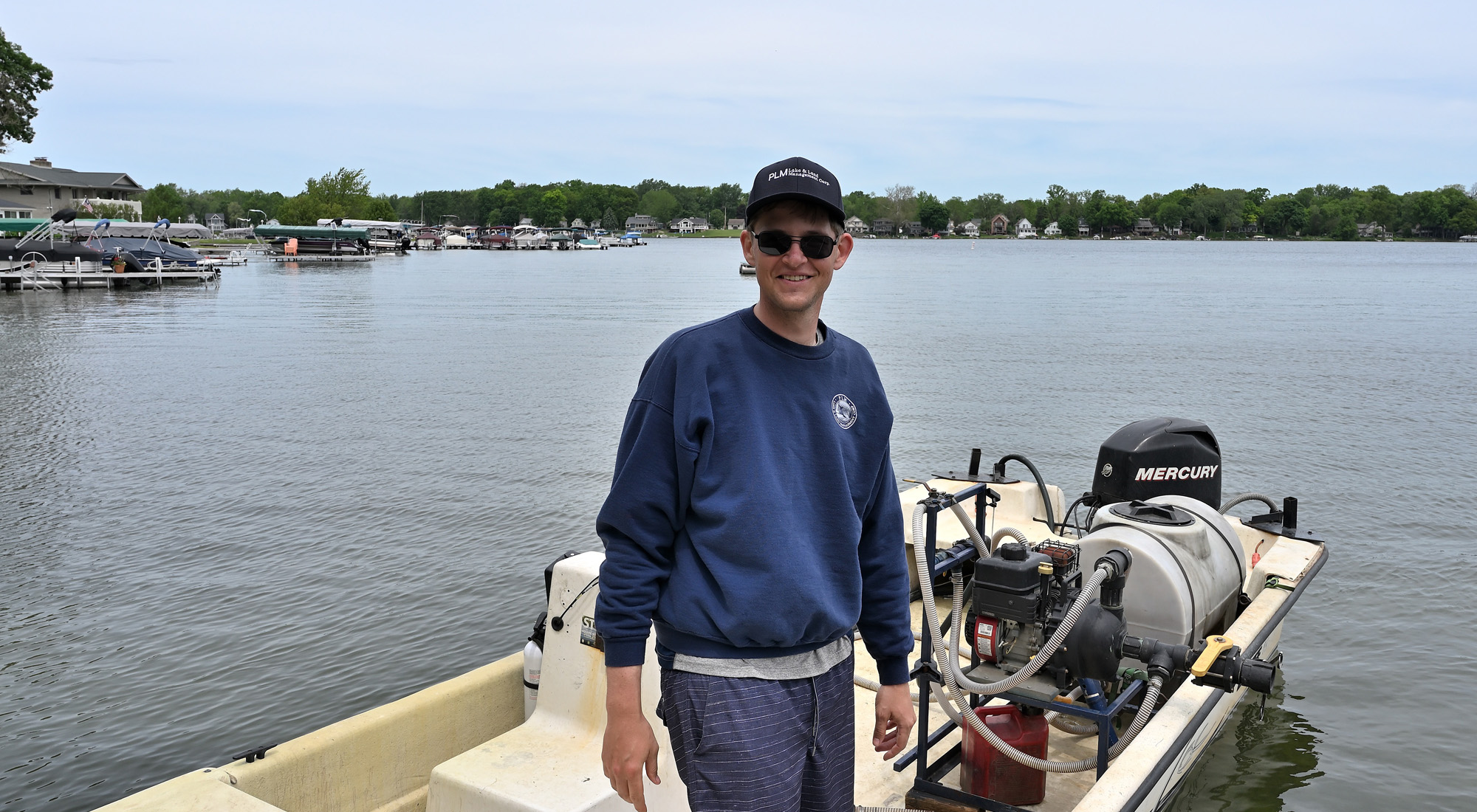 PLM will be back to check for starry stonewort.  Unlike HEWM, this is not a weed, but an algae.  Depending on the lake, the range of havoc it causes is from mild to devastating.  It cannot be eradicated, only contained. PLM aims to stop it in its tracks. They believe this strategy is the most effective and cost efficient.  Starry stonewort was treated last year near the County Park, and was also found near the boat launch at Eagle Point.  James Scherer says PLM will keep an eye out for starry.  They will apply spot treatment as necessary. 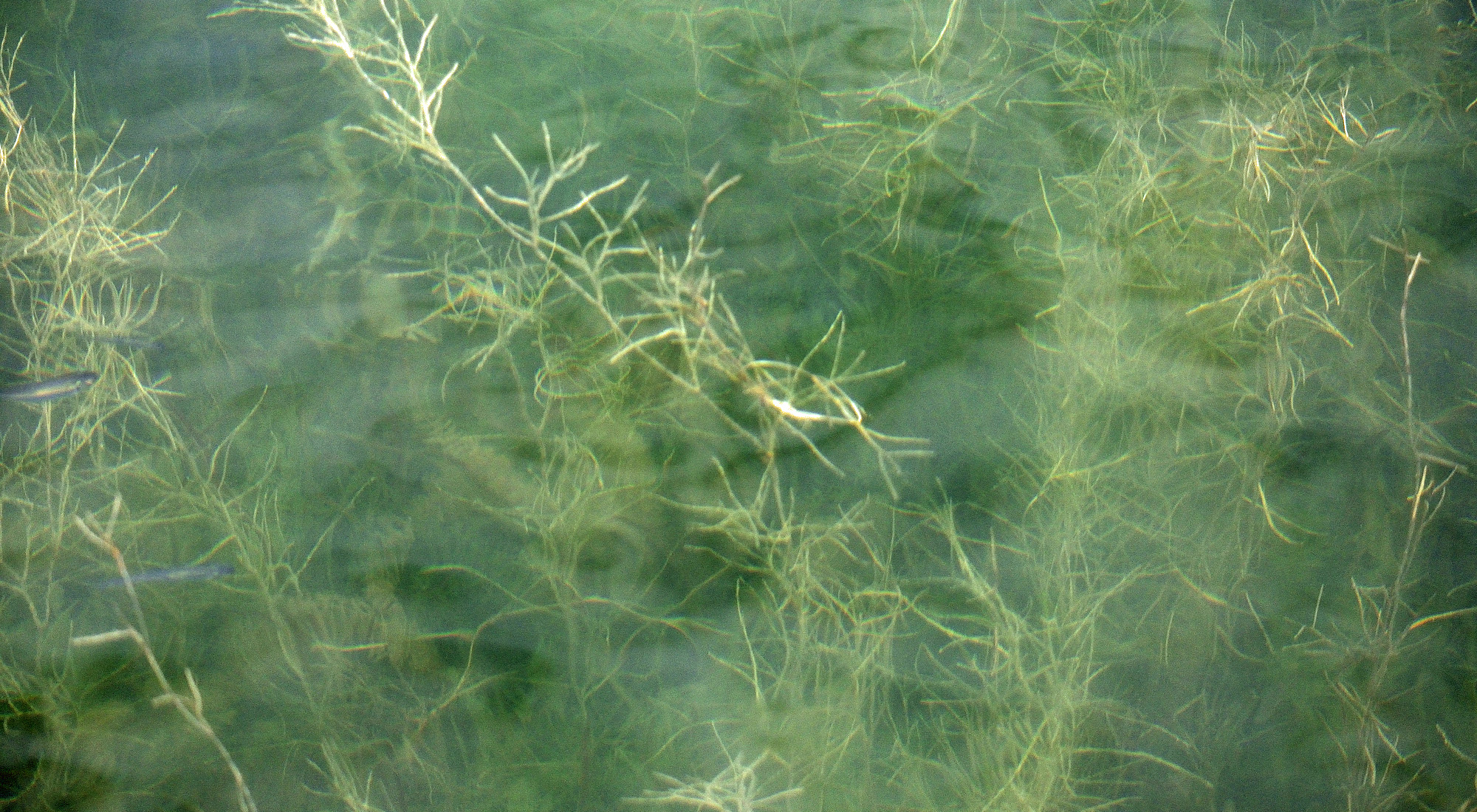 Stopping invasive weeds in Clark Lake does not mean the end of all weeds.  For example, a thick growth of these weeds was found near the County Park this morning.  These guys can be found in various locations around the lake.  Though native, you don’t have to like them.  We can all think of a bad dream that involved falling off water skis and being tangled up in them, or as a kid being told by an older sibling you have to swim through them.  James Scherer indicates that this native plant is called saygo pondweed.