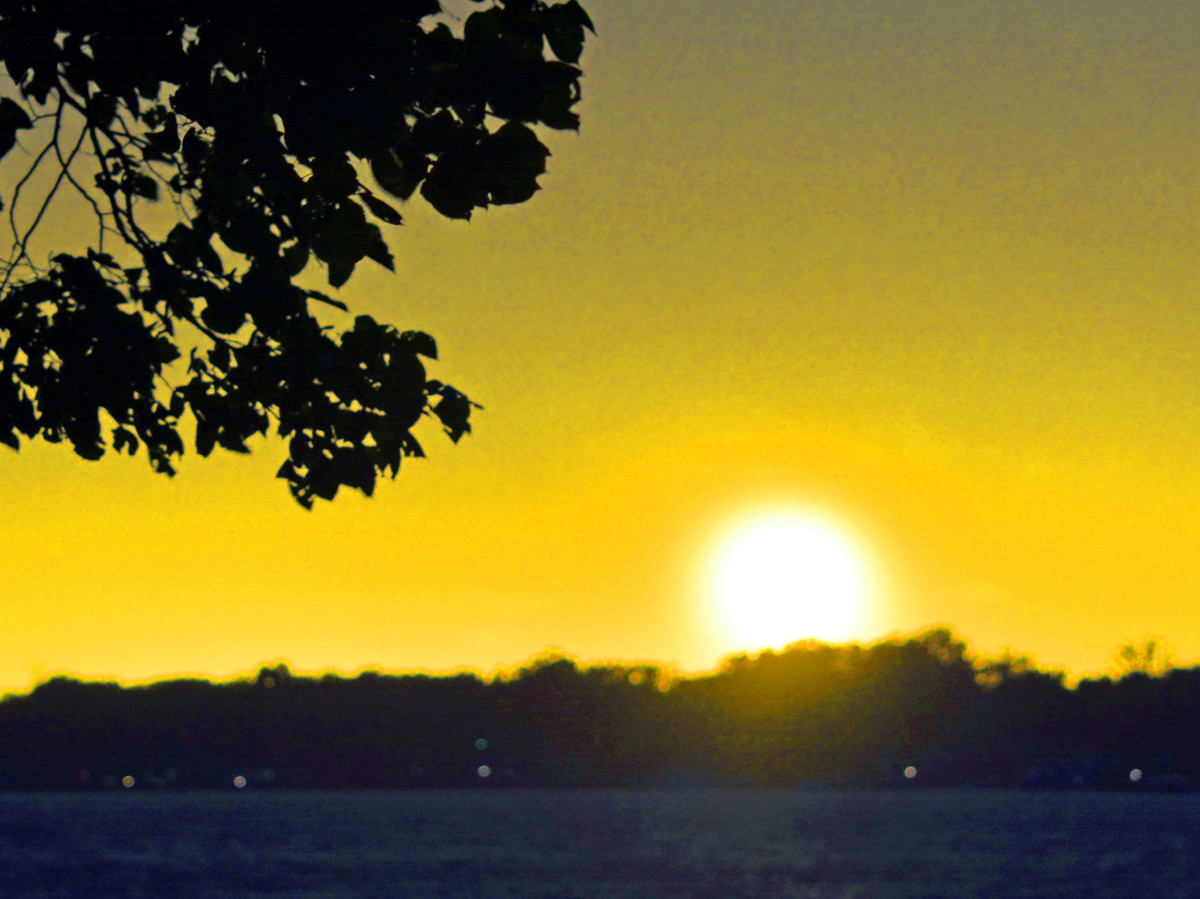 Sunset on July 18, 2015 – Altered in Photoshop in an attempt to recreate colors

Of Saturday’s sunset, someone with 90 years experience at Clark Lake said “I have never seen anything like it before.”

The event started late Saturday afternoon.  Radar showed what looked like a significant storm headed from west to east and Clark Lake would be in its path. But for all its potential bluster, the storm wimped out and never amounted to much more than some wind and rain.  It was after this that the unusual began to transpire. At first there was a lighter sky to the west while overhead, storm clouds still loomed.  Then as if a very bright bulb was turned on, the sun began to pierce through, even though it was dark enough to be night. Gradually the sky began to show more light, but not from nature’s usual palette of colors.  Instead, the sky was yellow with a tinge of orange.  One person said that it looked “more like photos of Mars than Clark Lake.”

Attempts were made to photograph this sunset, but digital cameras failed to properly register the color.  The photograph above was taken Saturday night, but it hue and saturation has been doctored in Photoshop in an attempt to recreate the colors that actually occurred. It’s interesting that digital cameras failed to “see” what human beings readily saw.

Later in the evening a crescent moon rose in the western sky.  That bright star northwest of the moon is Venus.

The photo below was taken by Andy Scott Saturday night.  The perspective is from near the boat launch on Ocean Beach Road. 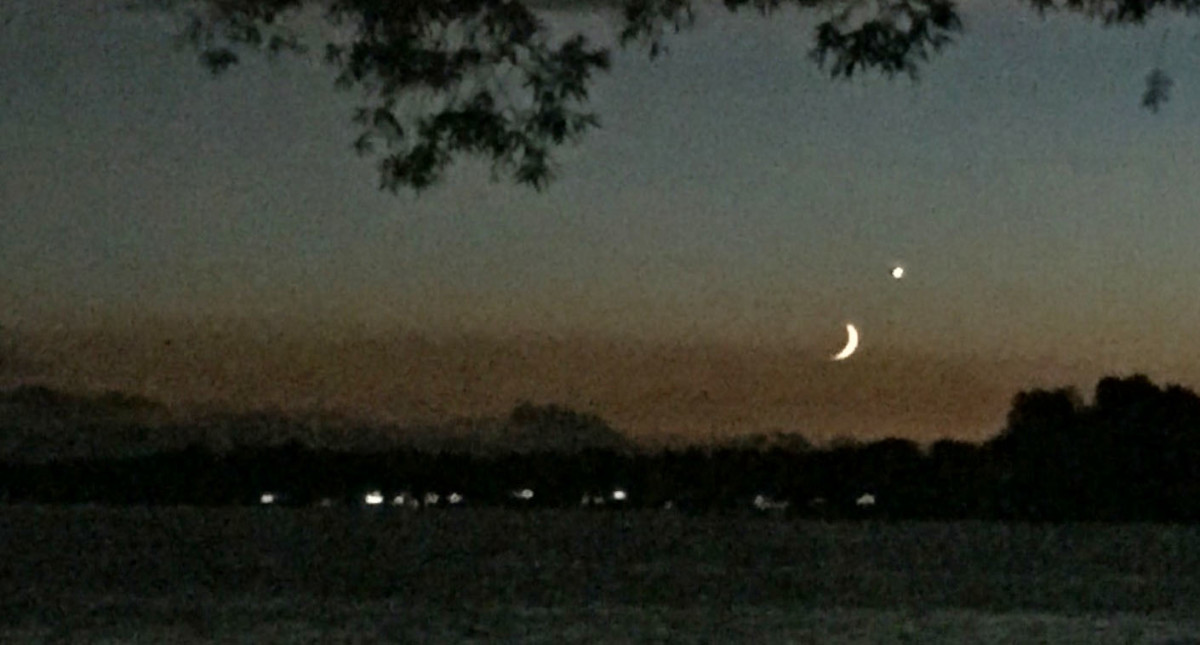