Clark Lake’s Big Melt has come to this on Sunday, March 13th.  As of 3:45 pm, the giant ice floe was trying to squeeze between  Kentucky and Eagle Points driven by west-southwest winds.  Watch the video.

What got the lake to this point?  After warmer, springlike weather during the week, 3 inches of snow fell on Friday.  That night the temperature plunged to 10 degrees causing a thin layer of ice to reappear in some areas.  Sunday began with another inch of snow.  But by 2 pm, the sun was out and the temperature climbed to 44 degrees.  Wind from the west southwest began pushing the giant ice floe toward the points.  Meanwhile, ice remained tight against the Eagle Point Cove. 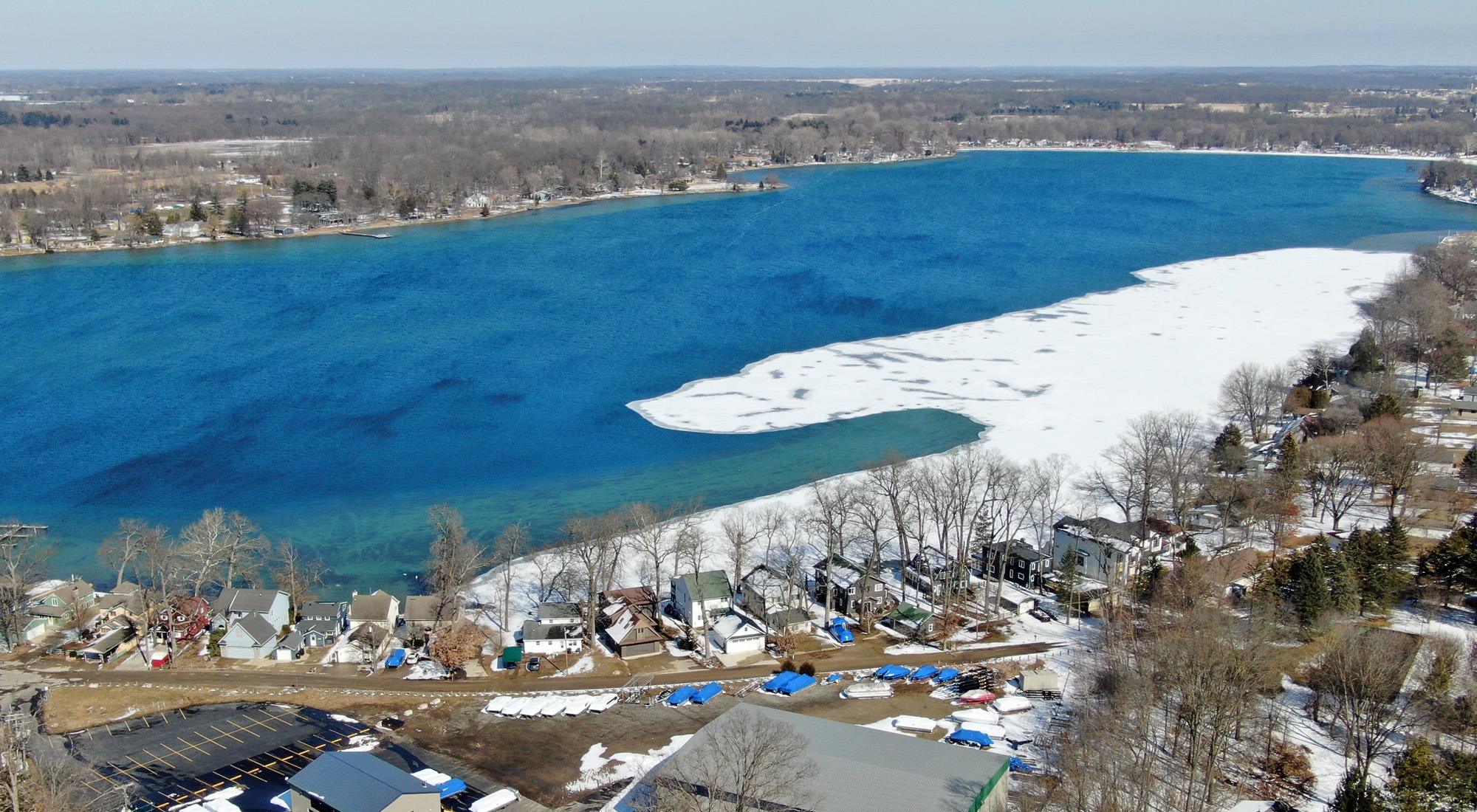 Ice departures at Clark Lake vary year to year.  The ice can quietly melt. Or it can be broken up by high winds and crash into the shore, ripping lawns or seawalls.  Or some combination of the above.  By the time it happens, most people are happy to see it go as they anticipate spring.

Click here for a report on the Big Melt from Wednesday.