Many dwellings at Clark Lake started out as cottages, originally designed for summer only.  Over the decades, their owners added on to them and perhaps winterized them.  It’s only when those structures are renovated or come down do they reveal more of their history.  And that history, sometimes including secrets and mysteries, can tantalize the curious.

The common thread of secrets and mystery apply to two Clark Lake structures, although their stories are very different.  The first story, below, will be followed by a second one, tomorrow. 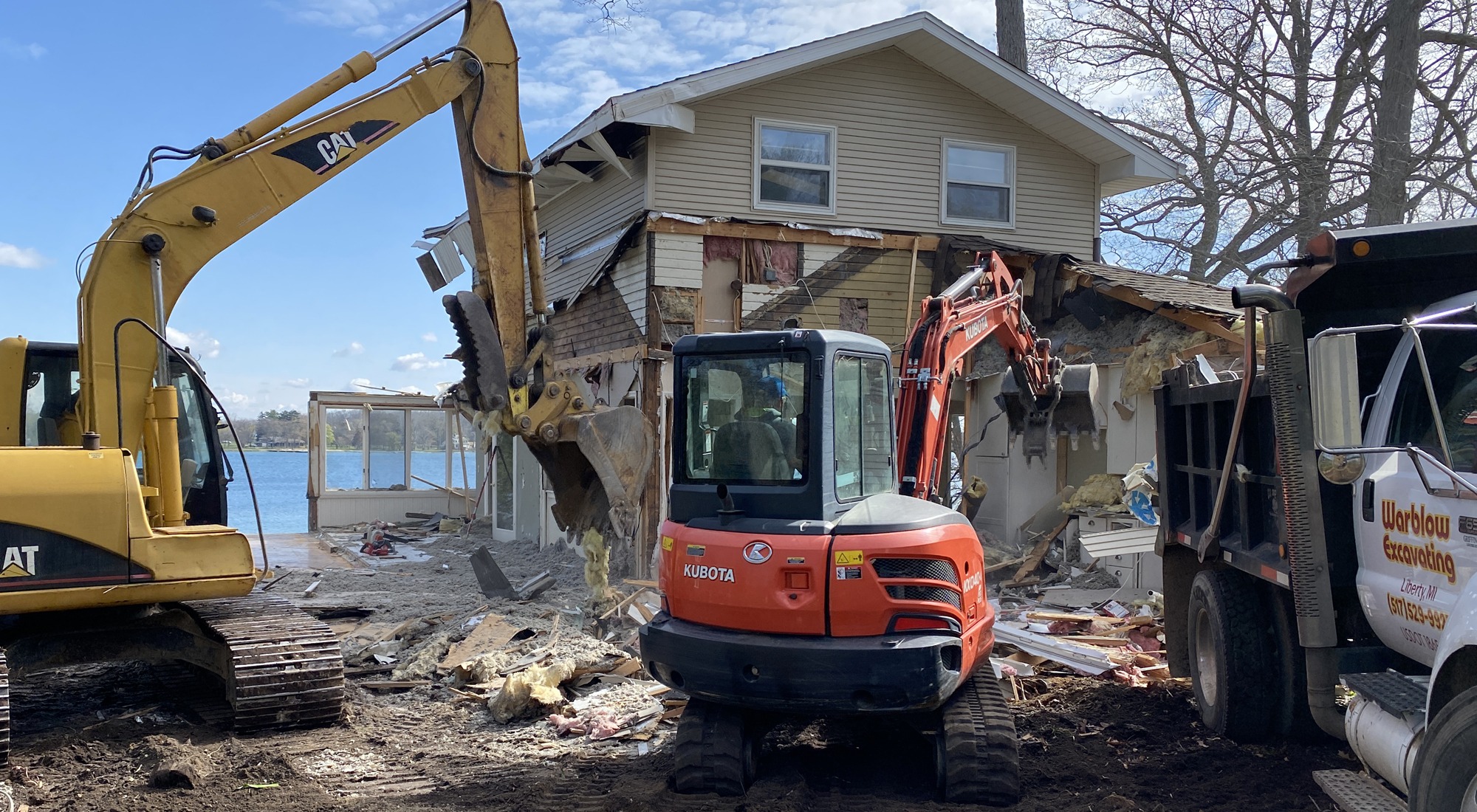 This week Warblow Excavating brought down the house belonging to Carl and Abby Evanson in the Eagle Point Cove.  The Evanson’s are replacing the structure with a beautiful new home from M-R Builder.  As the Warblow crew peeled away the layers of the old house, they discovered this.

The hidden message was found in the area circled in red. 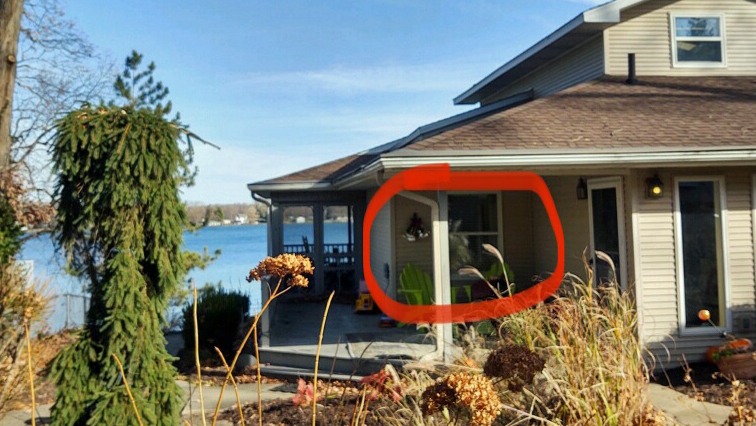 Thanks to Geremy Warblow for the photo.

As work proceeded, Greg Warblow kept his eye trained for any possible glimmer of the promised bounty.  Did he find it?  At one point, he stopped to examine something that reflected light as if it were gold.  Hopping out of the excavator, he took a look.  No, it was not a million-dollar something.  Not even close.  It appeared to be a piece from a kid’s game. 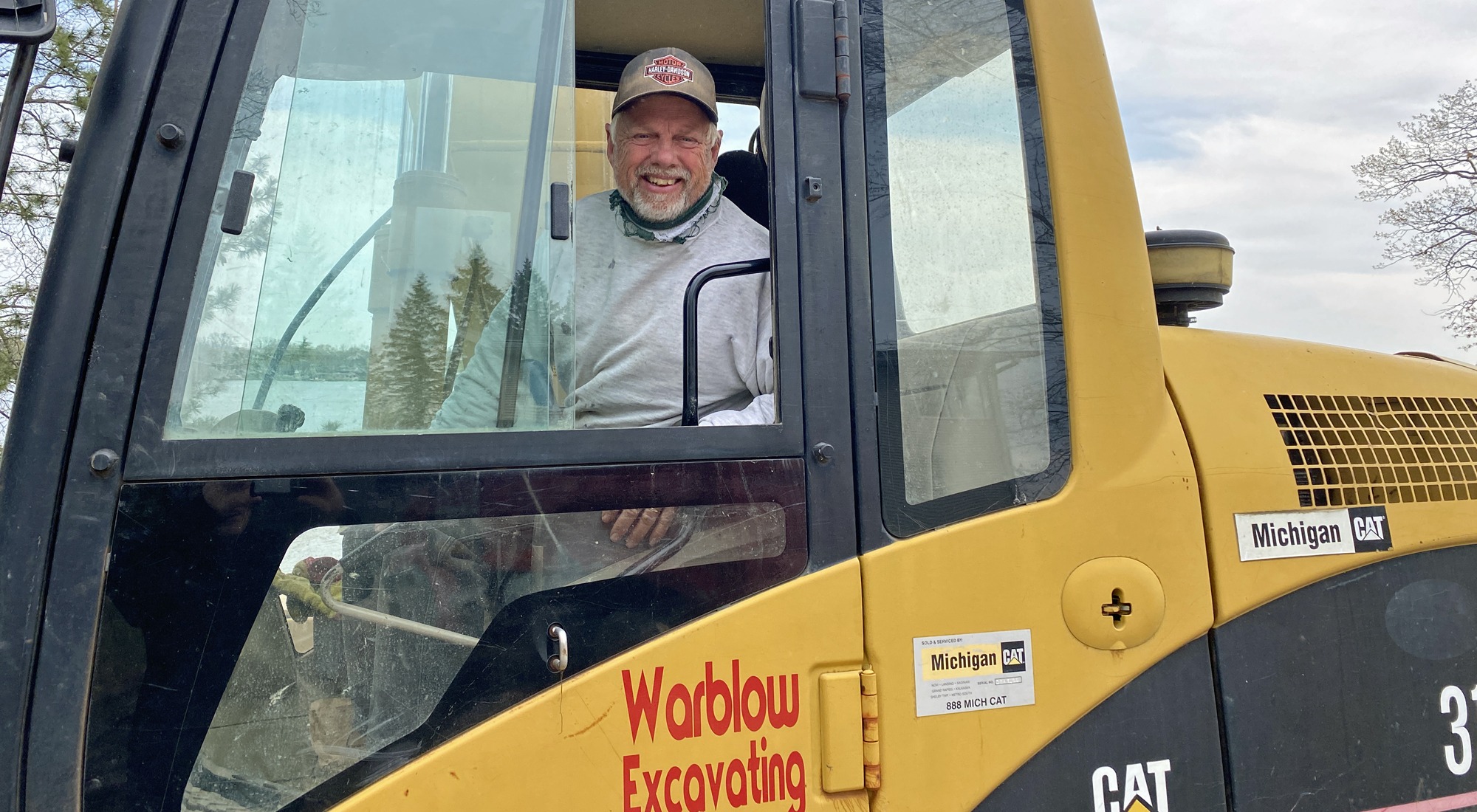 Now that the excavation is nearly completed, hope is running out that treasure will emerge from the rubble.  But, who knows?

Come back tomorrow for another piece of Clark Lake history, one very different from this one.