Residents and elected officials agree about the condition of the roads.  Some are substandard, others, terrible.  A ride around Clark Lake tells the story.  The attack of potholes on car infrastructure continues.  Hit Clark Lake’s moonscape on a bike, and you could feel the effect of earth’s gravity pull you down quickly and perhaps, severely.

Not dodging this pothole on S. Woodland could be a rim bender. 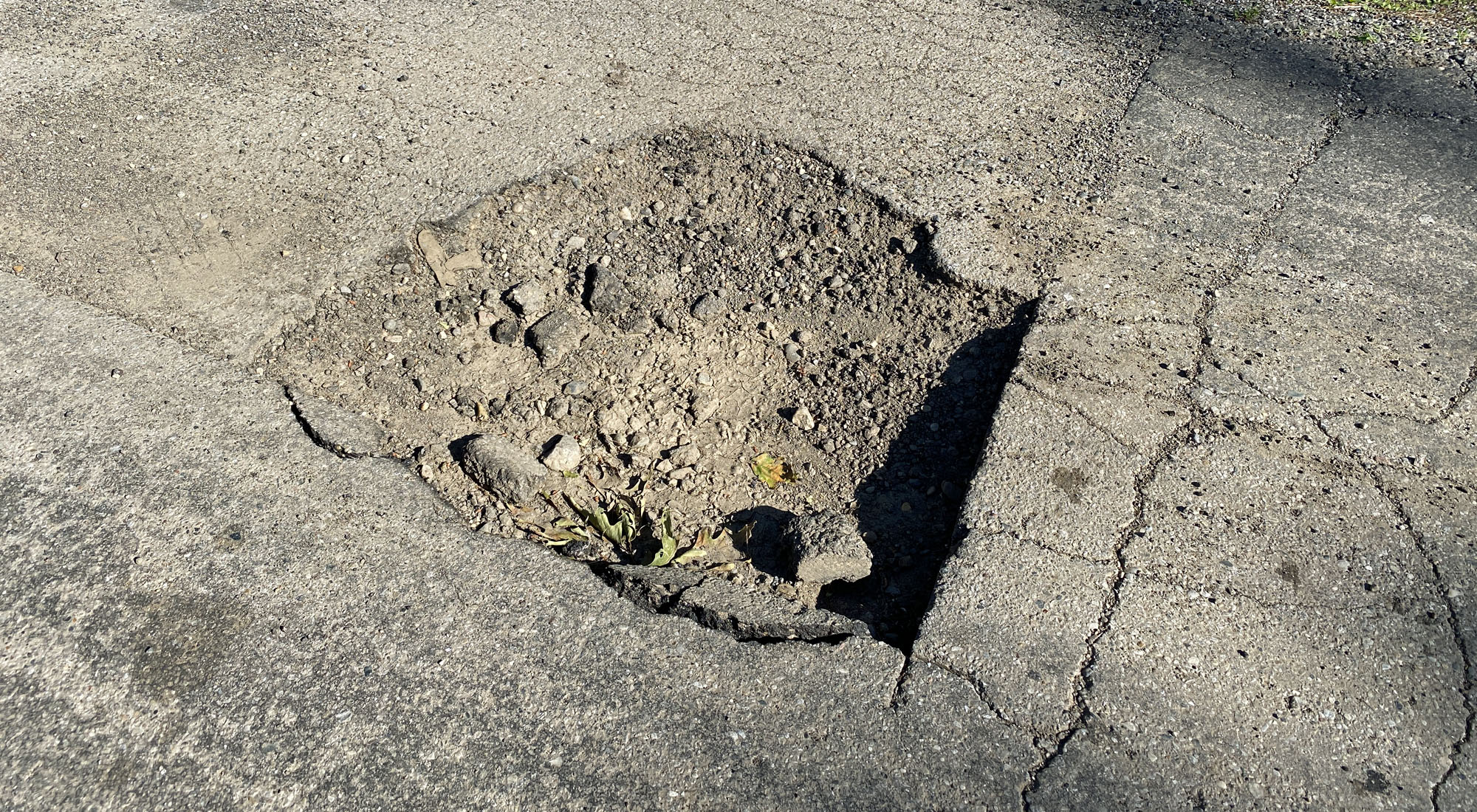 At the conclusion of last night’s Columbia Township board meeting, a free wheeling discussion tossed the topic about.    Township Supervisor Barry Marsh expressed the concerns he hears from residents.  County Commissioner Phil Duckham described the County’s role.  Township Trustee Mike Trout advanced an adopt-a-road idea that could be applied in a more imaginative manner. 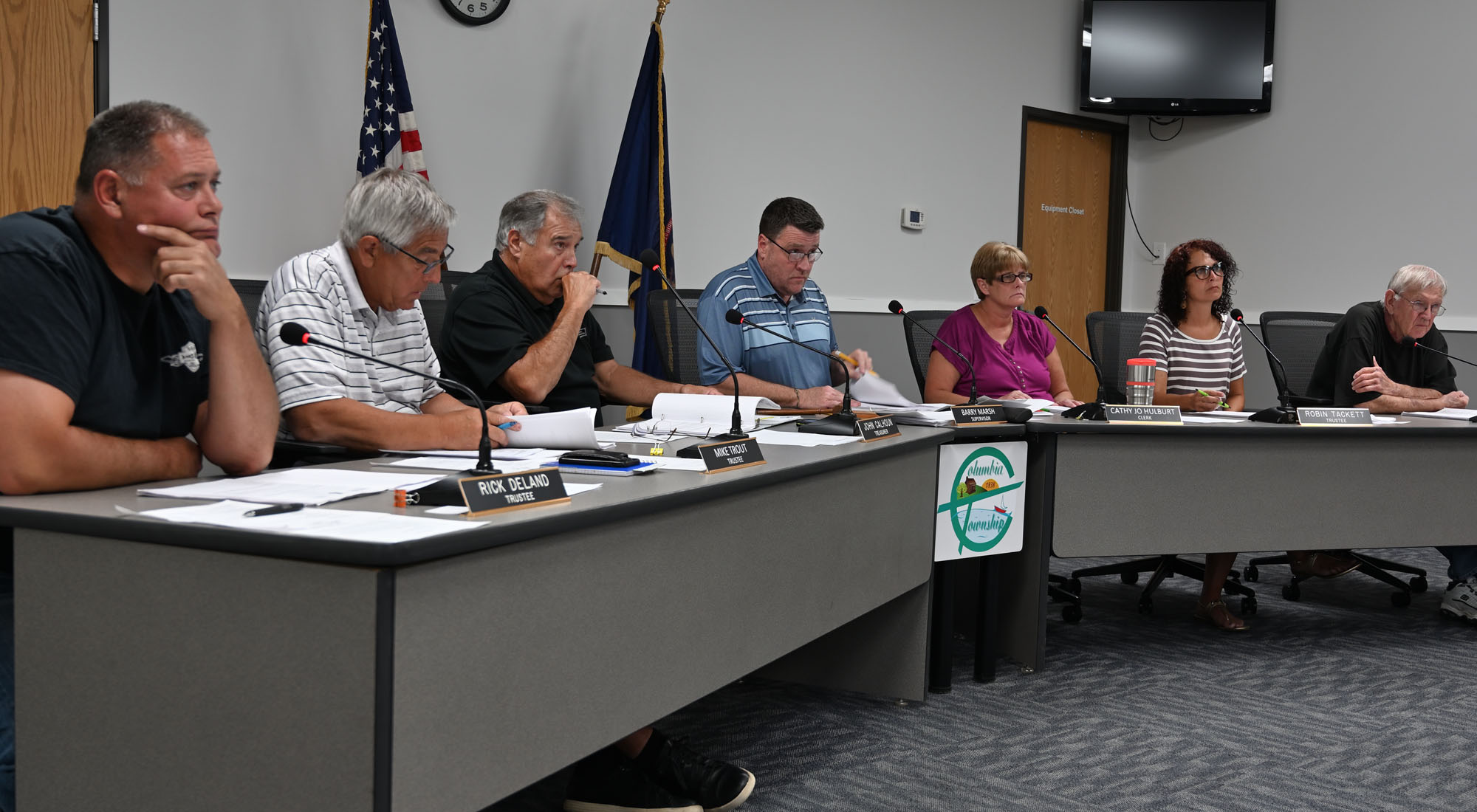 Understanding the shared responsibilities of governmental entities and property owners sheds light on the problem.  Based on known practices, major roads like Jefferson are solely the responsibility of Jackson County Department of Transportation (JDOT).  It assumed the role of what was known as the Road Commission.  JDOT is also responsible for fixing potholes on secondary roads like Eagle Point, Hyde, North Shore, etc., or scraping dirt roads like Hayes Drive and Grand Boulevard.  The County is not solely responsible for initial paving or the repaving these secondary roads.  How do such improvements take place?  Currently through an agreement between the County and a township, where a split in cost is negotiated.   That split is typically 70% township, 30% County.  A township will usually pay its share through a special assessment district (SAD) on property owners.  As an example, repaving North Shore or paving Sandy Beach for the first time might mean adjacent property owners would pay 70% of the cost (probably over a period of years), and the County would pay for the rest, and do the work.

Below, Phil Duckham, a County commissioner, who has a record of being helpful to Clark Lake. 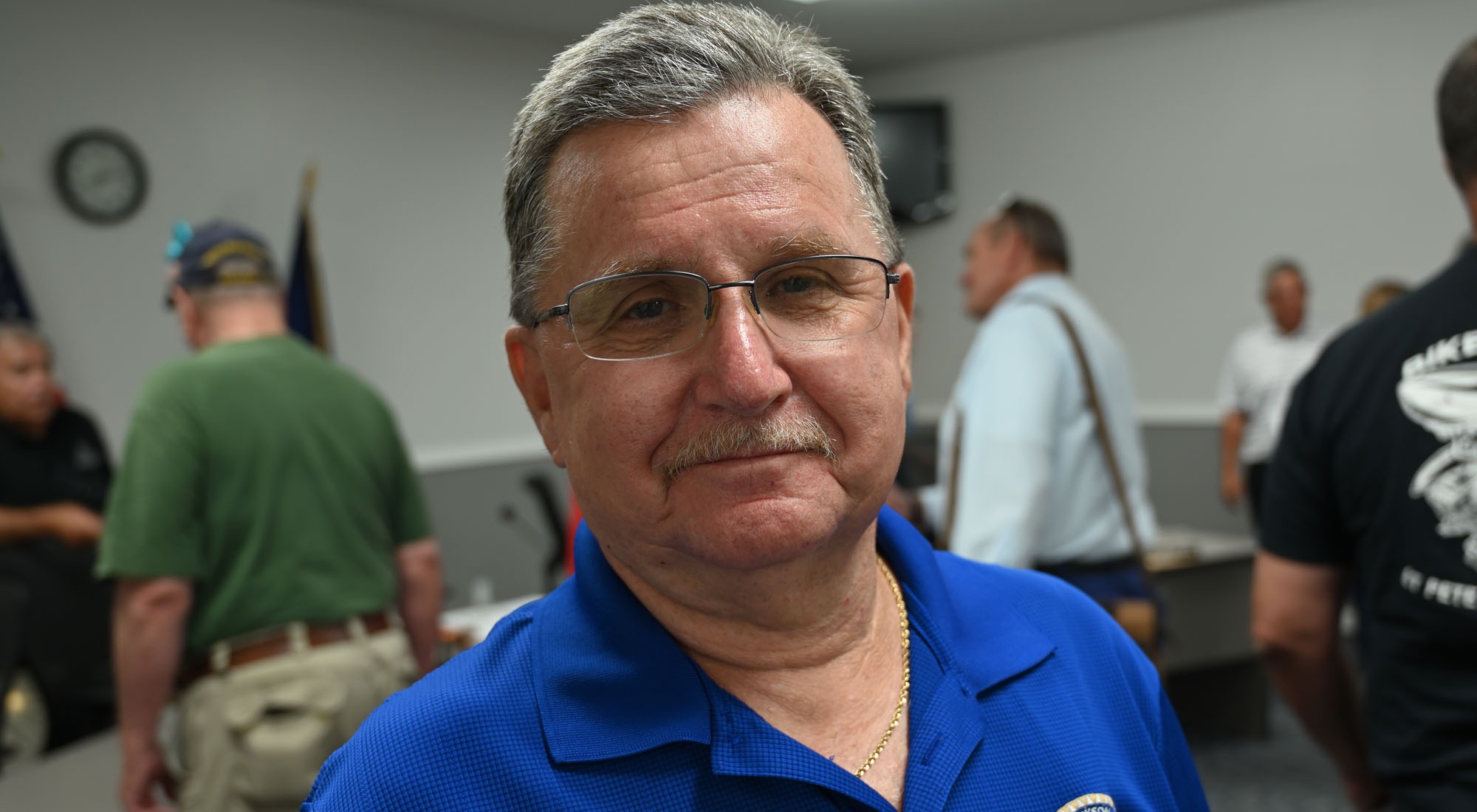 An ad hoc group has invited residents to a special meeting on Wednesday, June 29, 7 pm, at the Columbia Central High School auditorium to discuss the problem.  Under concern are the County roads within Columbia Township and within the Lake Columbia Property Owners Association.  Columbia Township Supervisor Barry Marsh and County Road Commission Project Manager Jim Cole are a couple of the people involved.  The group says this “is an opportunity for the committee to provide accurate information and potential options as to what it will take to address this issue in our community.”  The intent is to “keep the meeting informative, concise, and include a limited Q & A so as to ensure brevity…”.  To view the invite, please click here.

Clark Lakers have repeatedly contacted JDOT about pothole problems around the lake.  This mark up was meant to help the County know where to look first.  Anything to add?