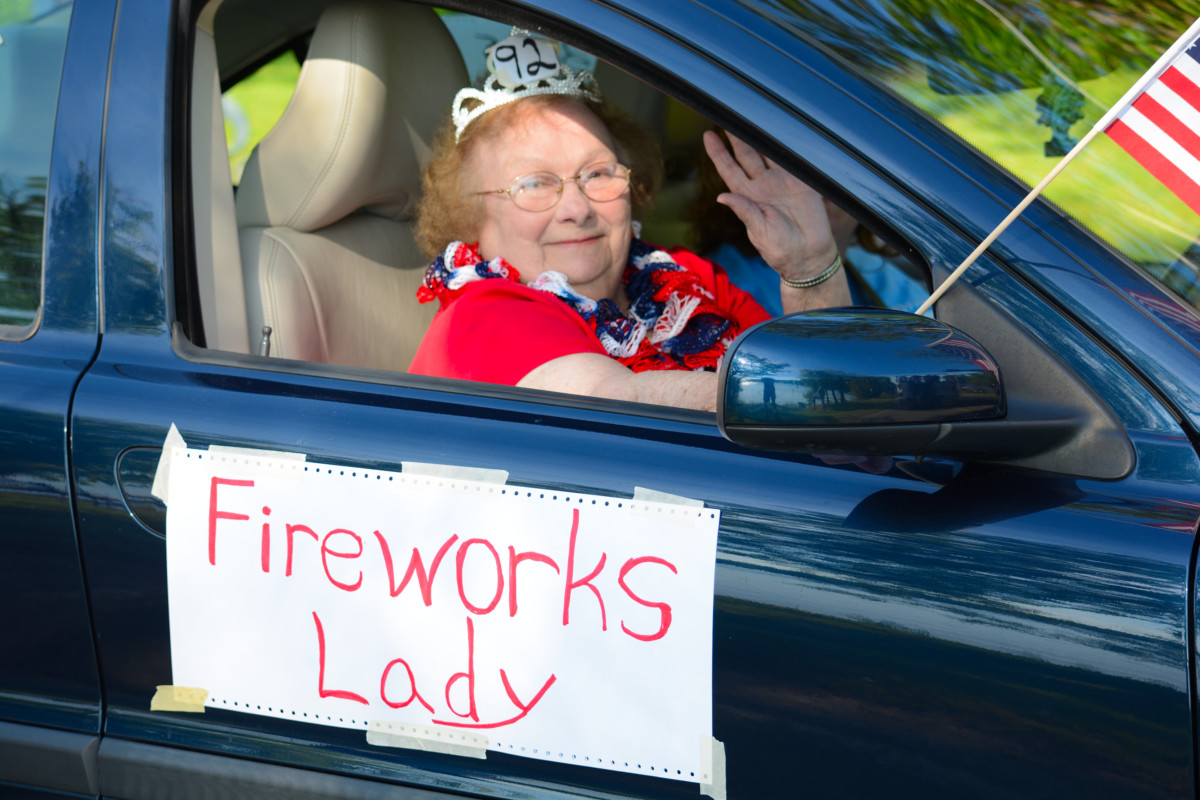 Evelyn Menard has always loved fireworks–her family has said it’s her favorite holiday.  Because of this love, a new tradition began in 1998.  Evelyn and her family acquired a stash of fireworks and proceeded to put on a show for the lake from the dock of their cottage on Ocean Beach Road.  Every year, the display grew larger.

With most things, there is a beginning and an end.  Those watching the 2020 display may not have known that was the Menard’s finale.  In her 97th year, Evelyn will be at Clark Lake this July 4th, but it will be up to others light up the skies.  Daughter Karen Menard says that it has gotten to be too much, citing the cost and lack of firework supplies.  “We Menard’s would like to thank the community that enjoyed the fireworks just as much as mom did putting them on.”  Karen adds that her mother was in charge, but Karen’s sister, Peggy was the silent co-chair.  “Without Peggy, our show wouldn’t have been so big.”

Here is a 2015 photo of the fireworks crew, with Evelyn in the center.

Karen’s older sister, Mary, and her husband, Patrick, recently bought a brick at the Community Center, in honor of Evelyn’s 97th birthday.

Relive Menard’s 2020 fireworks in this video.