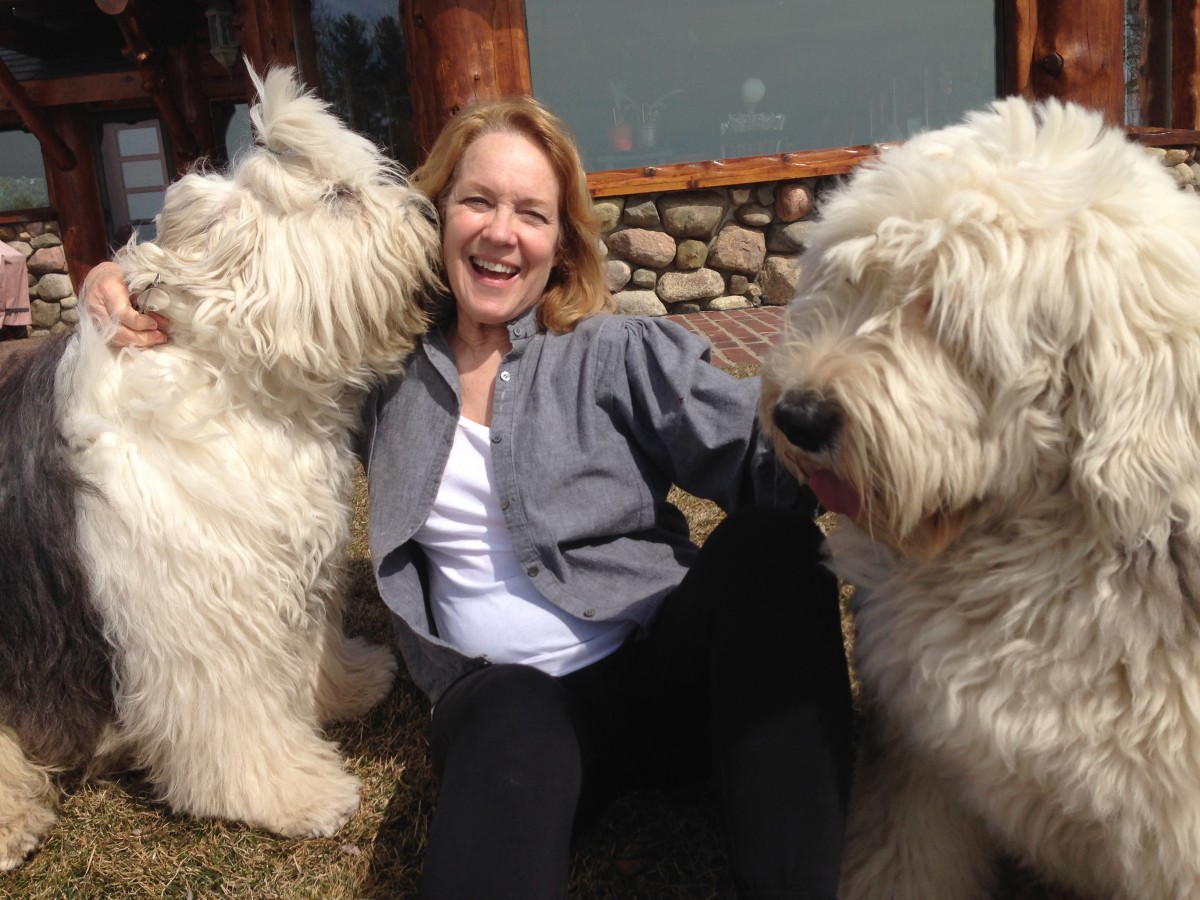 As you know, Clark Lake’s Laurice LaZebnik is a published author.  She and her husband, Bob, live in the remarkable log home that graces Kentucky Point.  Her soon to be released novel, Minnie’s Potatoes, is an historical narrative based on the life of her great grandmother.  Laurie chronicles the lives of immigrants during Michigan’s lumbering boom and how bootlegging saved the family. Once you begin reading, you will want to know more about the family she writes about–this engaging story is no ordinary tale.

Minnie’s Potatoes will be available in print in March 2016 at Doyle’s on Hyde Road, Clark Lake.  You can also download it to your Kindle on Amazon.com.

Below is the first in a series of shorts that provides previews of what was uncovered in writing the book. As you read future entries, you’ll also learn of some the mysteries left unresolved. 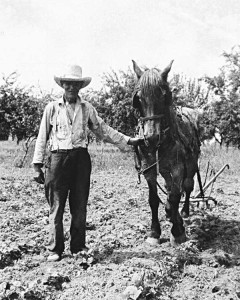 Meet my grandfather, Wilhelm F. Hartman, oldest son of Frederick and Wilhelmina Hartman. He left the Port of Bremen in Germany in October of 1882 with his mother and two brothers, and traveled steerage class on the steam and sailing ship Werra to the port of New York. They arrived 18 days later. Speaking only Polish, German and some Russian like his mother, the eight year old herded his siblings while she navigated through the doctors and customs agents at the Castle Rock Immigration Center.

The family traveled up the Hudson by boat to Albany and by barge west on the Erie Canal to Lake Erie. Their steamer followed the St. Mary’s River north to Lake St. Clair, and then struck further north on Lake Huron to Port Hope where they met their father, Frederick Hartman. The boy started working when he was eight and continued until his death in 1958.

My grandfather was in his early 60’s when this photo was taken. He’s standing next to his field companion, Cobb. The workhorse is ready to pull the single bottom plow Grandpa used to till the land he cleared of pine stumps leftover from Michigan’s lumbering era.

Missing in this picture is Cobb’s teammate Dick, another family laborer and pet. The horse died of a heart attack in 1911. Dick’s death left a hole in the Hartman workforce and an emotional loss to the family that had ballooned to 12. Wilhelm’s younger brother had Dick’s coat tanned and flattened into a rug so the old horse could continue serving his human kin by keeping cold drafts from wafting up through the log cabin’s floorboards.