In a world where expertise is valued, where it comes from is less important than actually acquiring it.  In business or sports, small differences can significantly improve results. Talk to former Pine Riders, and you’ll hear stories from skiers and drivers, and how the

y put coaching to work.  Take drivers.  Positioning the boat precisely between the Styrofoam gates was crucial.  Maintaining the proper speed for the practice run meant the skier would know what to expect in a tournament.  Yet, an outboard of the day with a 75 hp did not offer the same stability as a tournament towboat.  Evaluation and suggestions for skiers and drivers helped Clark Lake skiers win trophies in competition all over the world. 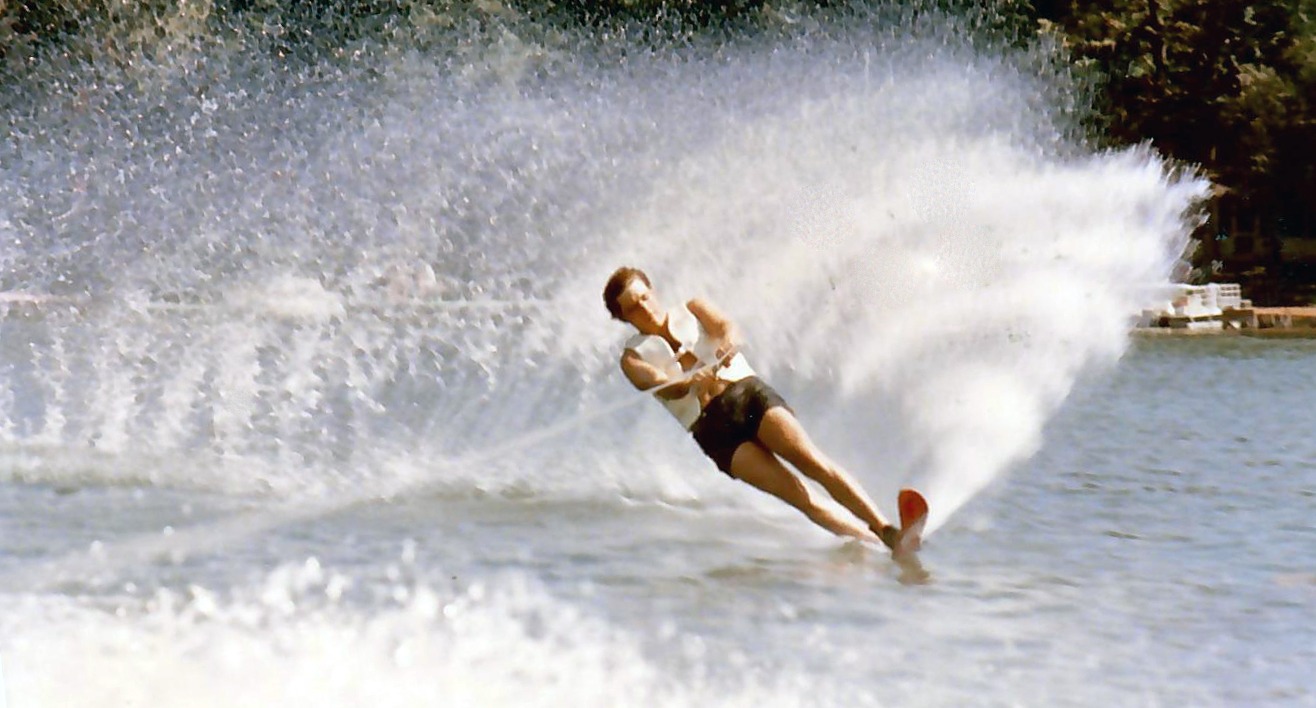 Another group has refined their talent and abilities.  Fans who watched Men’s Shuffleboard at the Beach Bar were impressed with the degree of control the players had over a puck sliding on the longboard.  Quite amazingly, they were able to change its trajectory in mid-flight.  A puck heading for the rail halfway to its destination would then revert to its intended target, challenging the laws of physics. Then, the puck would bounce against an opponent’s puck, push it off the board, and thus score a point. 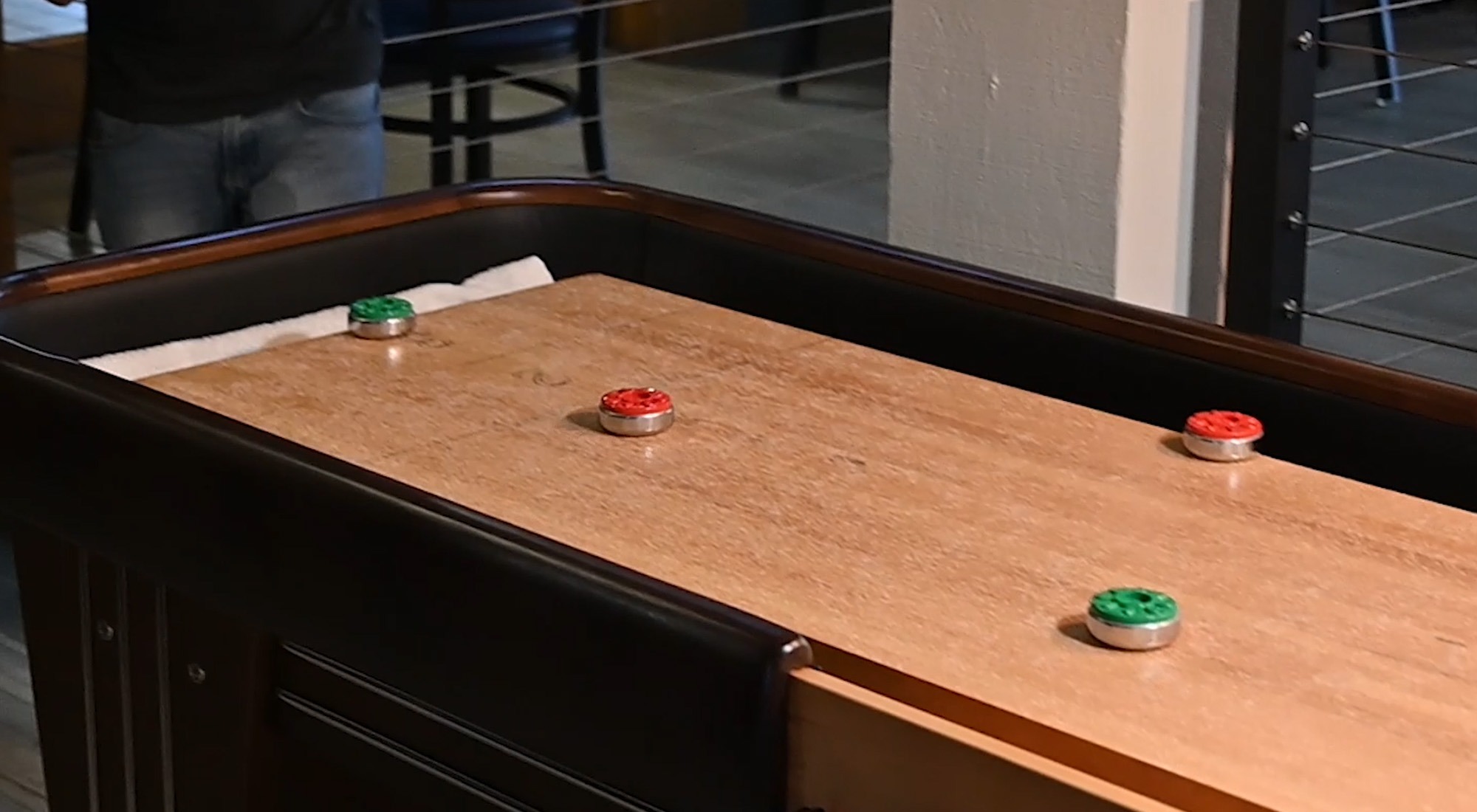 Watching the Winter Games, you may have noted the similarity that curling has to shuffleboard.  Two teams, each with four players, take turns sliding heavy, polished granite stones across the ice a circular target.  A game of skill?  A player can induce a curved path, described as curl, by causing the stone to slowly rotate as it slides. This can be further influenced by two sweepers with brooms or brushes, who accompany it as it slides.

A U.S. team found the story of the Clark Lake Men’s Shuffleboard team through this website.  They contacted our local team, and asked for coaching.  Clark Lake’s shuffleboard league consists of twenty players, which is paired down to 10 teams, with 5 teams in the two divisions.  When they received the outreach from the U.S. officials, they expressed surprise.  Initially, 19 players agreed to confer over Zoom, and later meet during the winter on lake ice.  The twentieth shuffleboard player demurred.  His comment?  “Curling isn’t a real sport!”  However, others on the team reasoned with him, and added a virtual Will Smith slap.  They reminded the recalcitrant of a fact.  While curling, you could certainly drink a beer.  Hearing that, the hold out agreed to participate.  Yes, curling does bare a resemblance to shuffleboard.  How would they be rewarded?  Free beer. 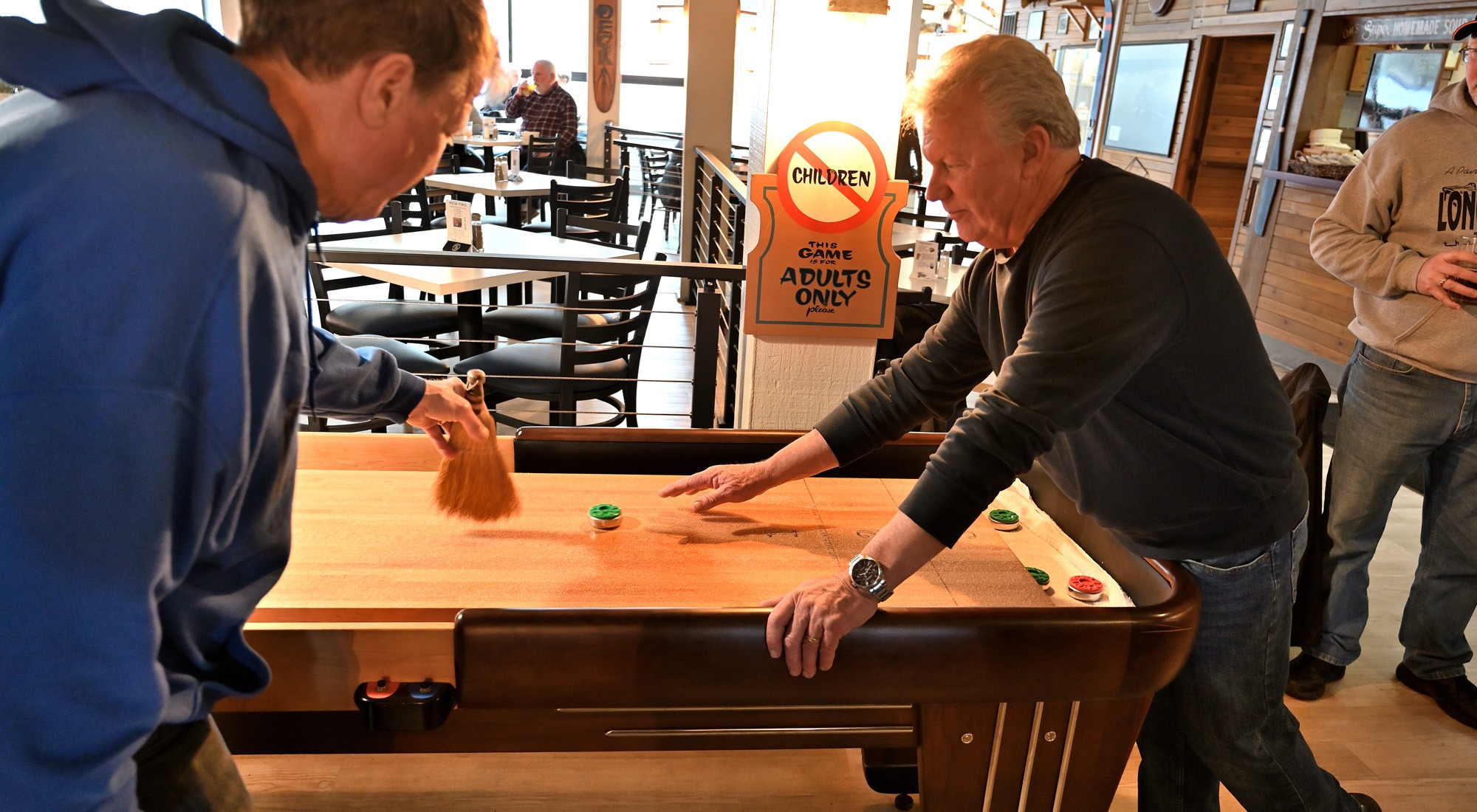 Just in case you’re wondering about the veracity of this story, noted today’s date.  Remember the Latin phrase “Falsus in uno, falsus in omnibus.” But it only applies to part of this story on “Aprilis primo.”