Clark Lake and the Media

Endless cable shows have increased demands on TV production houses to come up with new content.  Way back Bruce Springsteen said “57 channels and nothing to watch.”  57 doesn’t come close to today.  New reality shows pop  up like Swamp People hunting alligators in Atchafalaya Basin, Louisiana, or Mike Rowe’s “Dirty Jobs.”  That offers opportunity.  A new show, still under wraps, is being crafted.  The main topic?  Sewage.

The inspiration for a show about sewage combines several existing real-life situations.  One is from Milwaukee, Wisconsin.  Milwaukee’s output has long been processed and turned into a slow-release fertilizer that we know as Milorganite.  Sewer problems in this area have been in the news—endless litigation and high rates.  Everyone is feeling full of it. Because Clark Lake is dead center of this smelly mess, the production company is targeting Clark Lake as the potential filming location.

The concept of the show would be something like Shark Tank, where people present ideas to create a business to be voted up or down by the panel.  Hopeful entrepreneurs would pitch ideas to make use of what all of us at Clark Lake so gladly contribute to our network of pipes.   The name of the new show?  Septic Tank. 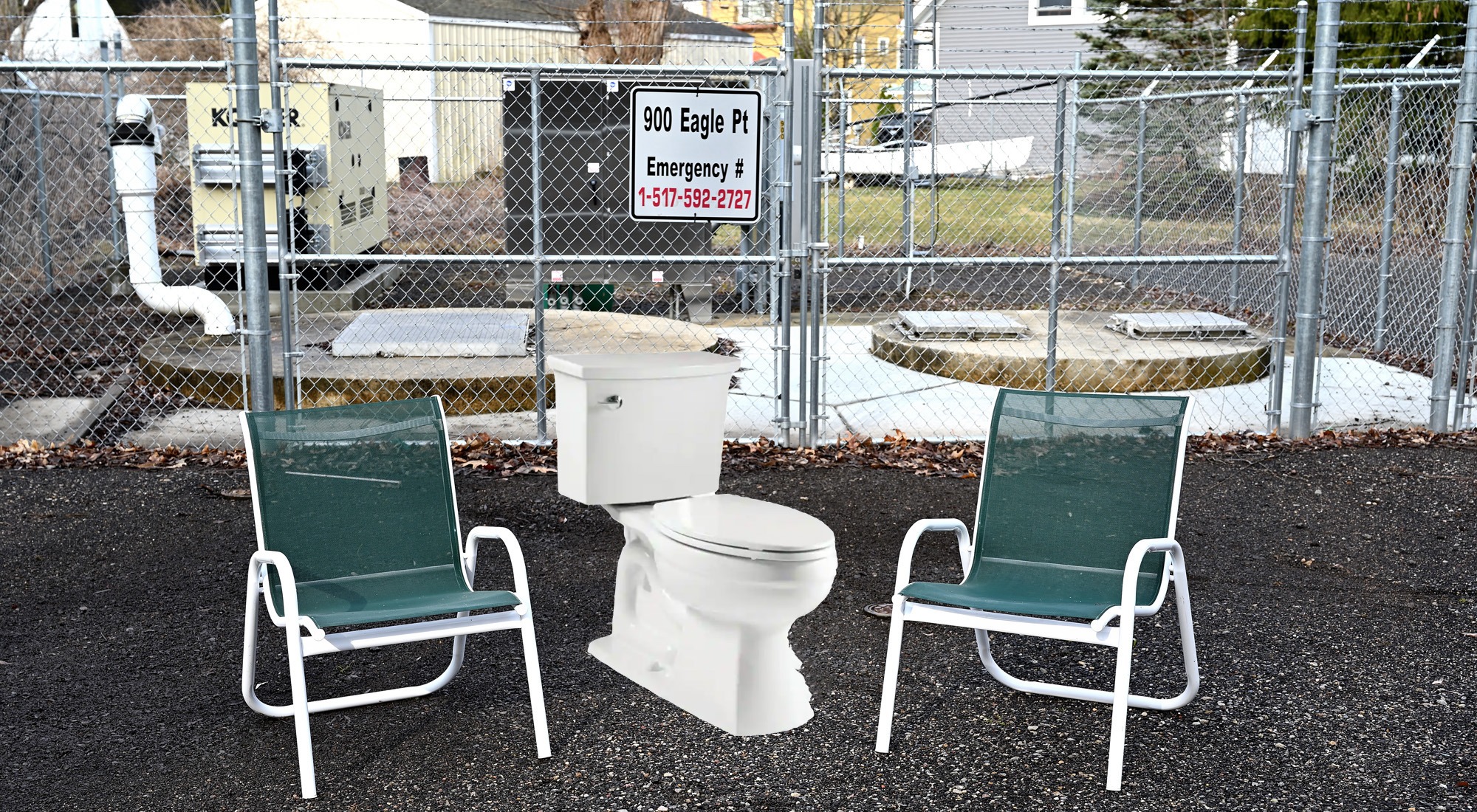 During an exploratory visit, the production crew was seen scouting out the Eagle Point lift station as the main set location.  They tested the arrangement by placing two chairs in front of it—one for the host and the other for the commentator. They measured off the spot for the camera which would be the center of Eagle Point Road.  During filming, authorities would be reroute traffic to Hayes Drive. Careful study of Feng Shui principles were studied and applied to optimum positioning of the throne. Those pitching their ideas would not actually travel to the lake, but be seen on screen like Zoom or the Brady Bunch. Members of the panel would be on the other side of the screen.  Sponsors that have shown interest include Exlax, Ducalax and Preparation H.

The host has not yet been chosen.  A Clark Laker has been contacted by the producers for the role of commentator.  He or she has asked to remain anonymous during negotiations.  This person comes with credibility, having spent years digging deep into the sewer problem.  He says “I am up to my ears in this crap.” 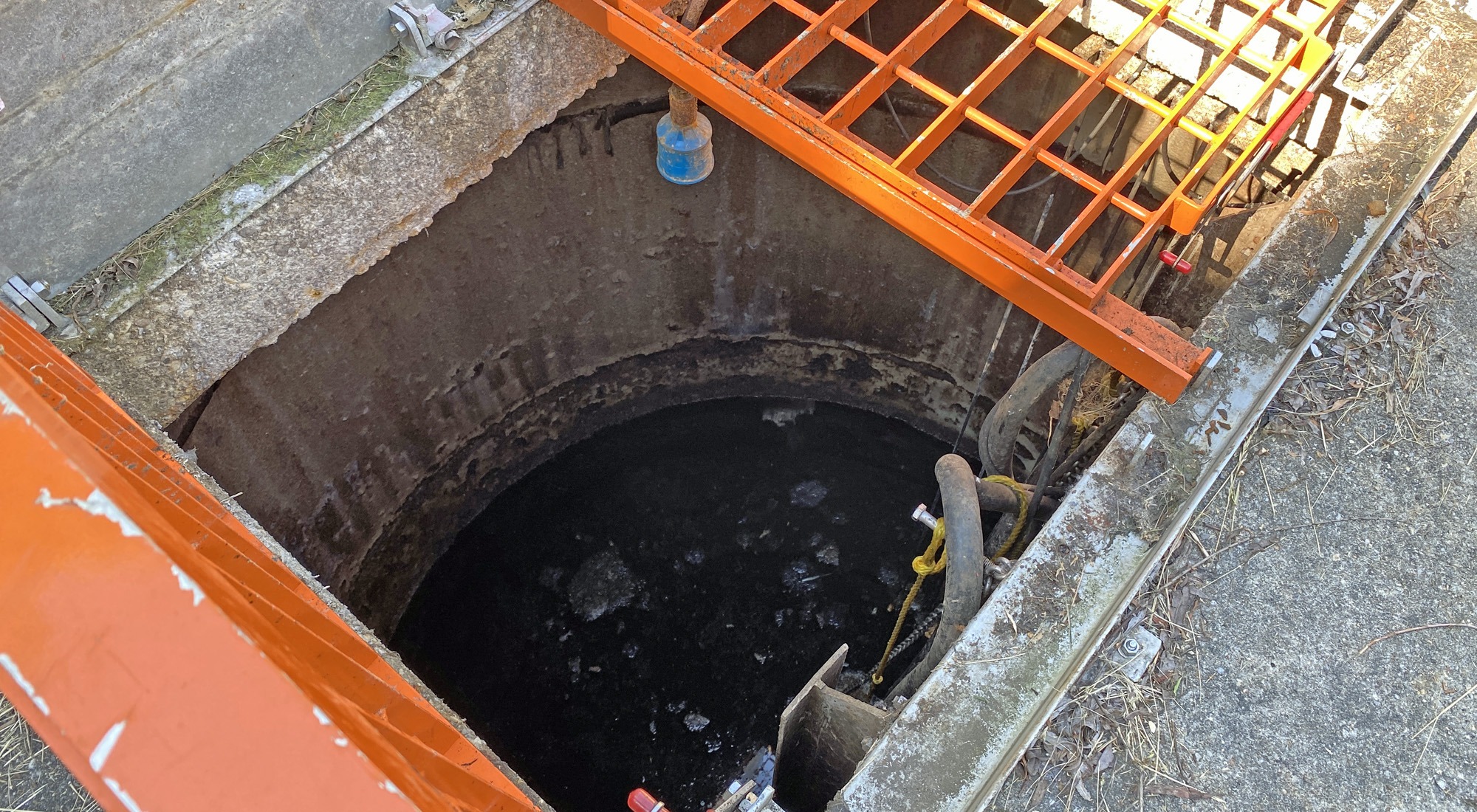 So, how would the show work?  If an idea is favorable, a panelist will press a button, and you will hear the sound of a toilet flushing.  If the presenter is favored by all panelists, a recorded exclamation of Holy Sh_t will be heard (you can say that word on cable TV, but not on this website).

Even if a presenter does not win the Holy Sh_t, he or she will walk away with a handsome food processor that has been crafted to look like one of our grinder pumps.  That way he or she can be frequently reminded of what the Clark Lake sewer system delivers. 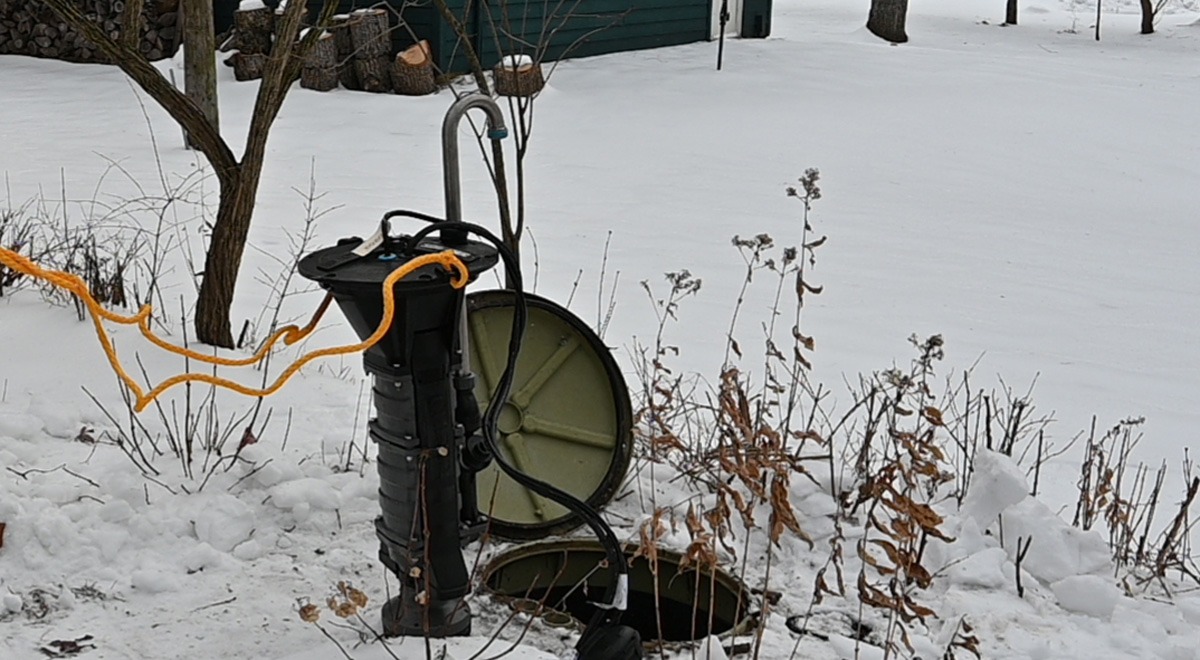 Another person who caught wind of this is already working on an idea, an adaption of Milwaukee’s solution.  Local output would be processed and packaged and branded as Clarkorganite.  “That way our poop could be spread far and wide.”  Further he said it “Clark Lake’s legacy would be greener lawns everywhere.” 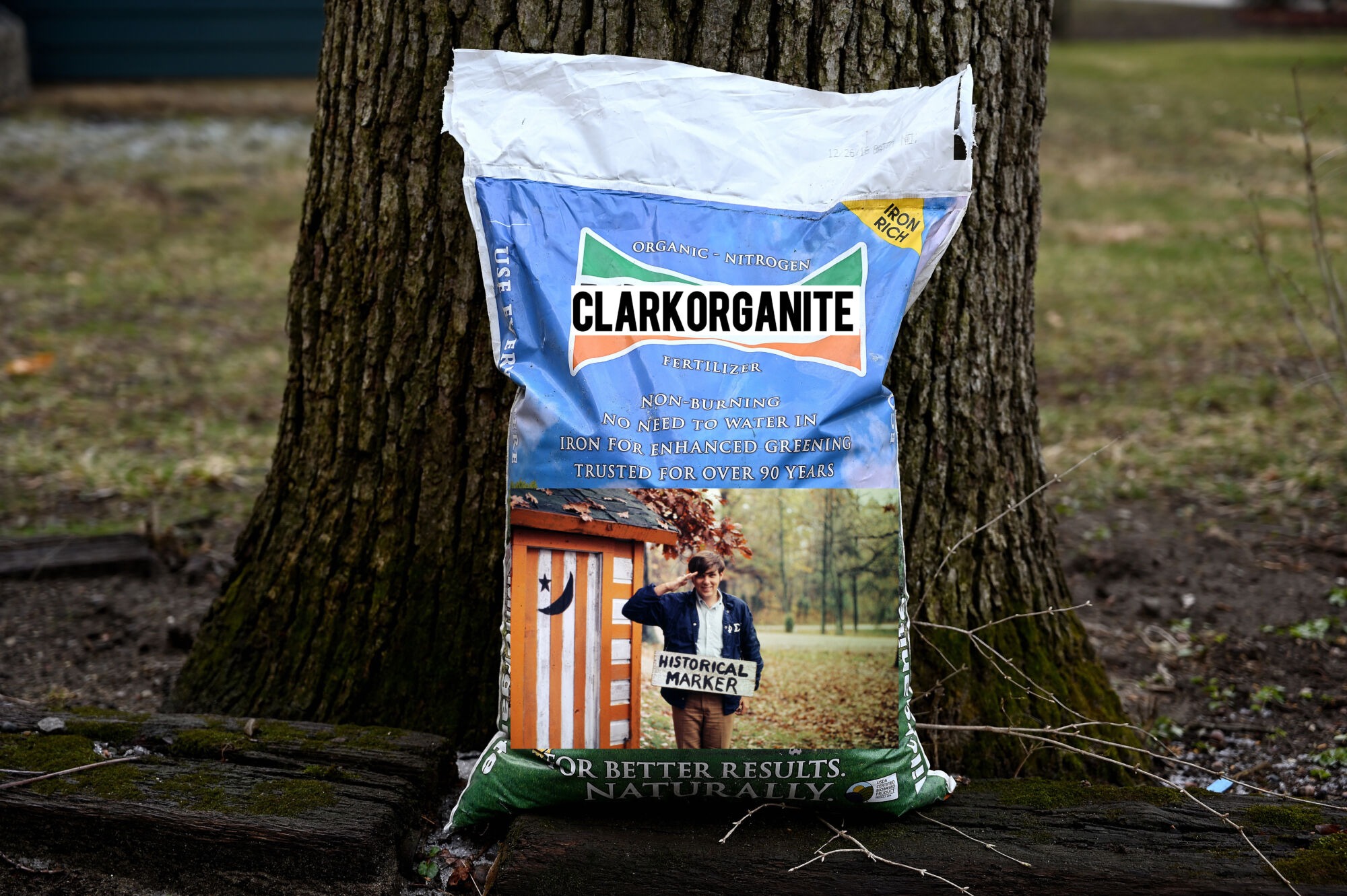 No doubt a contest would be held to determine who’s image would grace the bag.

It’s expected that assembling production elements, recruiting presenters and panelists, and recording 20 episodes will take place during 2022.  Expect to see the first episode on April 1, 2023.