Given the current state of China’s economy, news like this should not be shocking.  One result of weakening status is that their currency has fallen against the dollar. Their once mighty reserves are fast being depleted. And you have billionaires who would like to get their money out of China to avoid pitfalls like confiscatory policies.  Some of that money is finding its way to the United States in the purchase of real estate, businesses and other projects.  In the case of the latter, their investment is coming to Clark Lake. 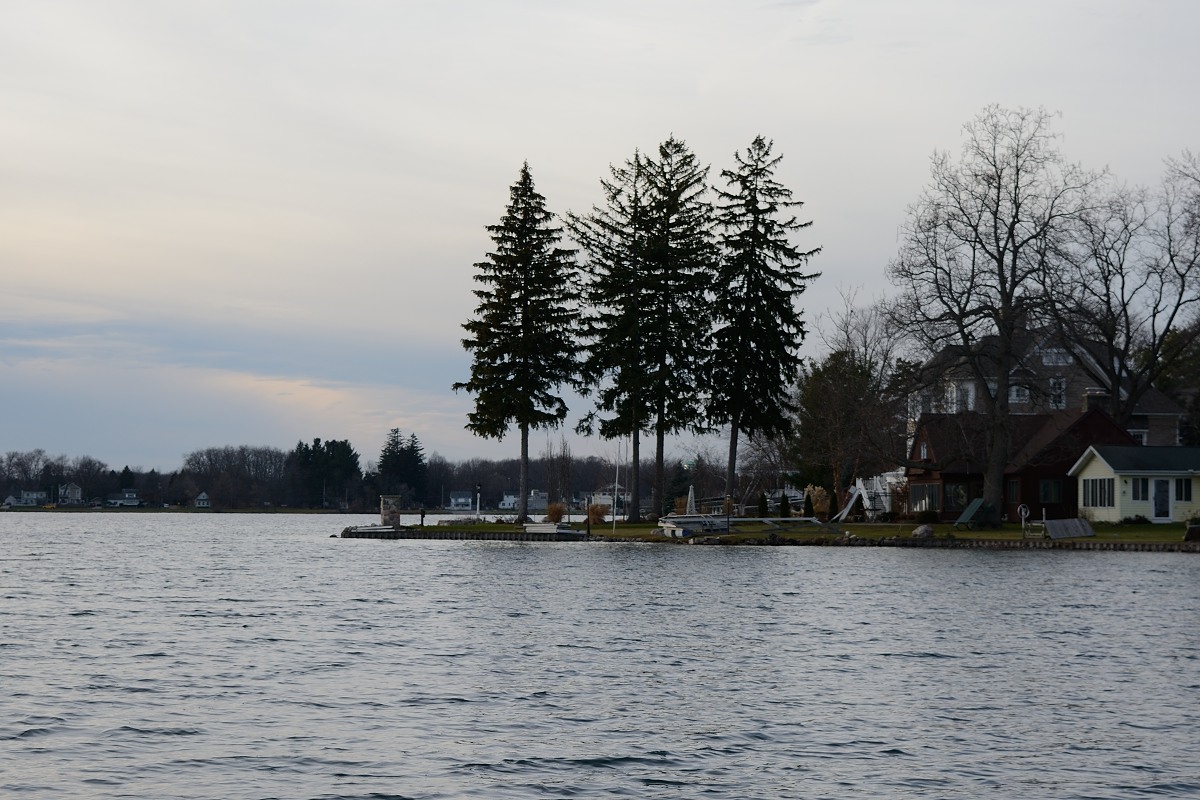 The Sharkecki Investment Group has plans that strain credulity, but nonetheless are advancing. Before outlining the basics of their project, you will want to know why the investors have an interest in Clark Lake.  University anthropologists, archeologists, and geologists combined efforts for an intensive study.  The Sharkecki investors learned of this via a highly paid consulting firm that searches academic journals and studies for potential business opportunities. Thus, the investors learned of these findings before our media.

The results of the study are breathtaking. Uncovered is surprising evidence of early life at Clark Lake–and the evidence is underwater.  The researchers found that at one time there was a prosperous settlement in what is now lake bed.  Divers found relics and artifacts, including remains of sophisticated buildings primarily located in the deepest section of the lake—off what we now call Hancock Point at the east end.  The remains suggest advanced construction techniques.  While the buildings are no longer complete, it doesn’t take much imagination to see how this settlement was laid out.  Any visitor to Pompeii in Italy could see the parallels.

So, what are the investors’ plans?  Their ambitious intent is to build an underwater Plexiglas tunnel so that this ancient settlement can be viewed.  Though the heart of the artifacts are at the east end, more is scattered throughout other deep waters of the lake.  Thus, they plan that this tunnel will start in the area of the County Park and run the entire length of the lake and exit nearby the west end boat launch.

The tunnel will form a circle around a very deep hole found by divers near Hancock Point.  Geologists believe that this was a community well and is surrounded by buildings.  Present day stories at the lake about a deep hole in that area are apparently not fiction.  Divers previously have never fully probed the hole because of its unknown depth.  The amateurs may have found the deep hole, but missed the archeological find.

Tunnel construction details include an essential “breathing hole” midway between Kentucky and Eagle Points.  A small island will be constructed where a massive fan will draw air from both ends of the tunnel.  HVAC will keep temperatures moderate—between 55 and 60 degrees year around.

LED spotlights will highlight treasures along the path.  Relics on the bottom from the current era, such as steamships that once roamed the lake and the Chris Craft that nosedived near Eagle Point in the 1930s, will have the muck blown away so they, too, can be viewed.  Visitors can either walk from end of the lake to the other or rent the electric golf carts.  The investors envision an underwater museum.

Sharkecki also has a business plan.  Admission will not be free, except for two passes per year per lakefront property.  Although they have not set ticket prices, they are examining peripheral cash generators.  They are currently eyeing a piece of property along Riverside Road with the intent to build a seven story hotel that would include a large parking lot for visitors.  They intend to shuttle people from the parking area to the east end entrance and pick them up at the west end at the conclusion of the tour.

The results of the combined efforts of anthropologists, archeologists and geologists on Clark Lake history are truly fascinating.  Scrolls have been recovered that tell the story of life and history of the settlement.  A rough translation of the settlement’s name should send shivers as it is so remarkably close to the lake’s current name—Clarkatola.  There is much more to learn about this find–and the anticipated development. As information becomes available, more will be included in future reports on this website.

A political think tank that consults one of the current presidential contenders has vetted this piece for accuracy.  They believe it to be certifiable.  Posted Apr 1. Fictional.