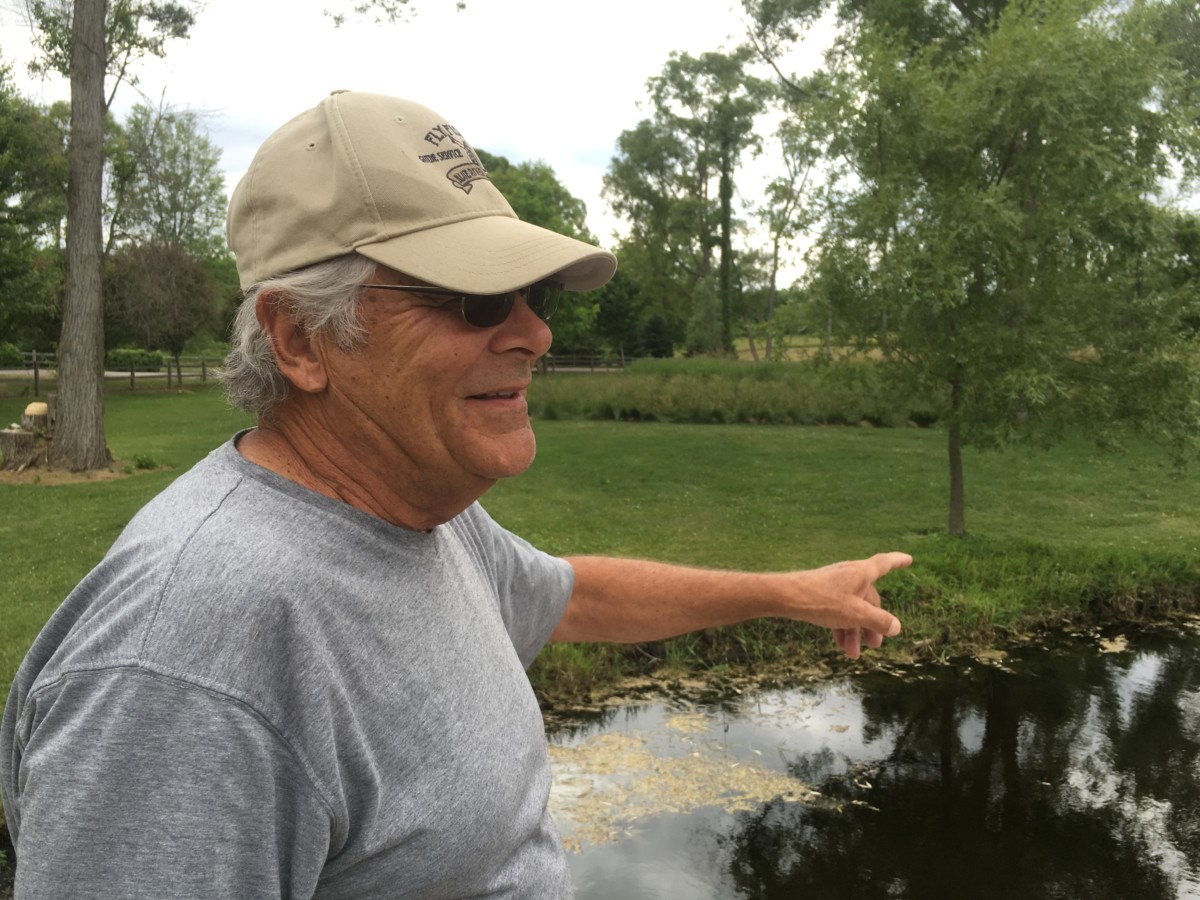 An alligator appeared three summers ago and took up residency in Christman’s pond off Jefferson across from Eagle Point Road.  The alligator, now 3 feet long, has been seen sunning itself, even on cold days, on a dock protruding out into the one-third acre pond.

Greg and Prudy Christman insist they have never fed the gator.  Greg said “we lost two family house cats two years ago, but I attribute that loss to the numerous coyotes that roam the property.”

“The Columbia Township Police are aware of the gator,” says Greg this April 1, “and they will keep an eye out for the reptile if it attempts to cross Jefferson and head for a bigger body of water.”